Having observed Boris Johnson as a journalistic colleague over more than 30 years, I cannot think of anyone less temperamentally suited to the strictures and isolation of life in this lockdown.

It goes without saying that his period of quarantine before being forced into hospital on Sunday evening, was an extreme and unusual punishment for this most gregarious soul.

Confined to his Downing Street flat with meals left outside the door of his bedroom, and with anxiety flowing from his enforced separation from his pregnant fiancee Carrie Symonds, it is emphatically not what the young Boris had in mind when he dreamed of being crowned ‘King of the World’.

His recent transfer to an inten­sive care ward will have only compounded his sense of helplessness and frustration. 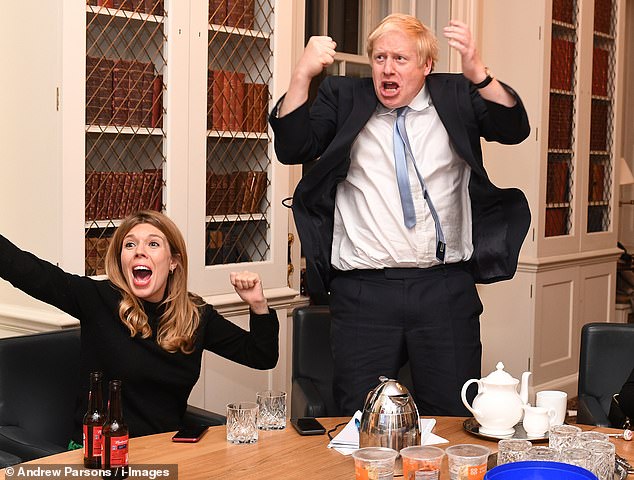 Having observed Boris Johnson as a journalistic colleague over more than 30 years, I cannot think of anyone less temperamentally suited to the strictures and isolation of life in this lockdown. Pictured: irrepressible Boris and fiancee Carrie on election night

After all, this is a man who landed himself a column reviewing high performance cars for a men’s magazine so he could impress women and enrage his fellow Tory MPs by turning up to party meetings in country hotels behind the wheel of a turbo-charged Bentley.

Few politicians — let alone a future Prime Minister — could get away with having boasted, as he did in the Spectator magazine, of driving at 160mph up the M40.

Most men telling that story would be accused of exaggeration, but knowing Boris, I am sure it is true. Indeed, as Mayor of London, he almost had me killed when I recklessly opted to cycle with him across London after Tube drivers went on strike.

He took every opportunity to cut up turning lorries, run red lights and shimmy along the inside lane. In fact, as a footnote to what we all hope will be a brief medical crisis, he now finds himself in the same London hospital — St Thomas’ — where he was taken in 2006 after he was knocked off his bicycle for the third time in seven years.

Mary Wakefield, a former journalistic colleague who is now married to No 10 adviser Dominic Cummings, once said of Mr Johnson’s uniquely reckless cycling style: ‘He tests his invincibility.’ 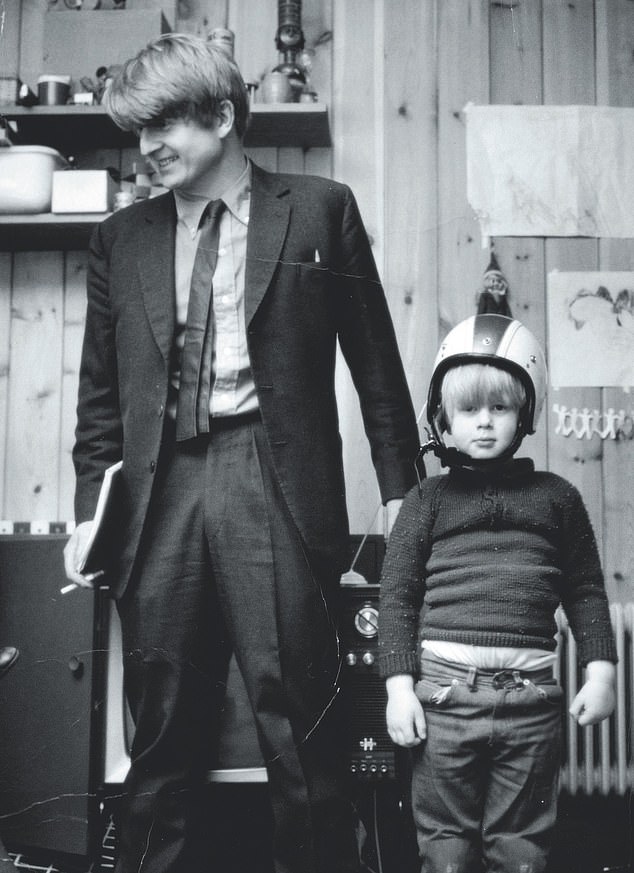 It goes without saying that his period of quarantine before being forced into hospital on Sunday evening, was an extreme and unusual punishment for this most gregarious soul. Pictured: a young ‘King of the World’ with dad Stanley

And that testing of bounds has been the hallmark of his entire political life. Boris can get away with gaffes, affairs, and catastrophically ill-conceived photo opportunities that would destroy other men’s careers.

He is the man of the big picture painted in broad strokes, but not of detail. This explains why he was almost certainly the only politician who could have carried the Brexit referendum over the line.

That is why he was so suited to leading the Conservatives to an 80-seat majority in the December General Election. But it also explains why his current situation will appear so alien to him. After all, this is a man who, say his friends, has never taken a sick day in his life. Indeed, Boris has always despaired of health faddists.

As a junior politician in 2006, he torpedoed David Cameron’s nannyish healthy eating campaign by telling a Tory fringe meeting: ‘If I was in charge, I would get rid of Jamie Oliver and tell people to eat what they like.’

For his part, when Boris puts on weight it tends to be a reflection of a troubled state of mind. Perhaps that’s why he started filling out when he became Prime Minister in July last year — though it became particularly obvious as the coronavirus crisis took hold in Britain.

Of course, having had to give up cycling for security reasons cannot have helped his waistline either. Yet it’s hardly surprising that he was left feeling perturbed by his struggle to tackle the minutiae inherent within the campaign to defeat coronavirus. 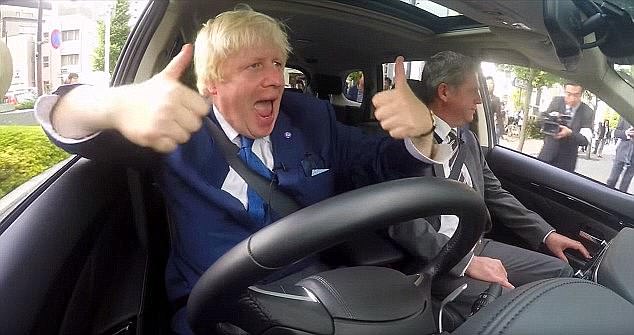 Few politicians — let alone a future Prime Minister — could get away with having boasted, as he did in the Spectator magazine, of driving at 160mph up the M40. Pictured: Boris during a test drive in Tokyo

There is quite literally no one better than Boris at writing 1,200 words of superb journalism, something he usually manages in about 45 minutes. It comes so easily to him it is ridiculous. But life in No 10 runs on a different wavelength.

When he sits in the most powerful office in the land, he pulls the levers and nothing happens. How can it be that the NHS — with its vast armies of staff, its almost limitless purchasing power and the reverence in which it is held by the nation — cannot order sufficient face masks for its staff, or testing kits for the population?

Indeed, I believe this weariness and dismay at the limits of what any prime minister can actually achieve in the face of institutional paralysis goes some way to explaining why he allowed his sickness to become so acute.

He simply couldn’t give up. For the time being, those questions that exasperate him will have to be put to one side. All that matters now is that the Prime Minister is justified in always trusting his invincibility.

Hospital failures led to NSW girl's death
Katharine McPhee reveals she starred in musicals with Meghan Markle in their teens
French daredevil blasts off in attempt to cross the Channel on his home-made 120mph HOVERBOARD
Britain scrambled fighters twice to intercept Russian...
Church warden and magician charged with murder of teacher and his elderly neighbour
Heatwave will return to the UK in time for August Bank Holiday weekend
Makeup free Margot Robbie cuts a VERY casual figure in tights and fluffy slippers on pizza run
Jeremy Corbyn hints he could launch bid to oust May THIS WEEK