Self-declared Brexit ‘hardman’ Steve Baker said today he is prepared to join the Tory leadership race if none of the other 11 candidates will sign up to a new hardline Brexiteer plan for Brexit.

The High Wycombe MP, one of the European Research Group (ERG) ‘Spartans’, said it was vital that the new Conservative leader was committed to a ‘clean, managed’ departure from the EU by October 31.

Launching a paper on how to rip up the current Brexit deal Mr Baker, the ERG deputy chairman, said the new leader must be willing to follow its recommendations.

Otherwise, Mr Baker said, the group would need to put forward its own candidate – and he was willing to join the race when it officially opens on Monday.

With 16 names signed on the policy paper, including former Tory leader Iain Duncan Smith, Mr Baker indicated he already had the minimum number of nominations to enter.

‘I am in the hands of my colleagues,’ he said.

‘If we get to the opening and closing of nominations on Monday and we collectively agree there must be somebody who is willing to do this then I would be willing to be the person who gets nominated.’ 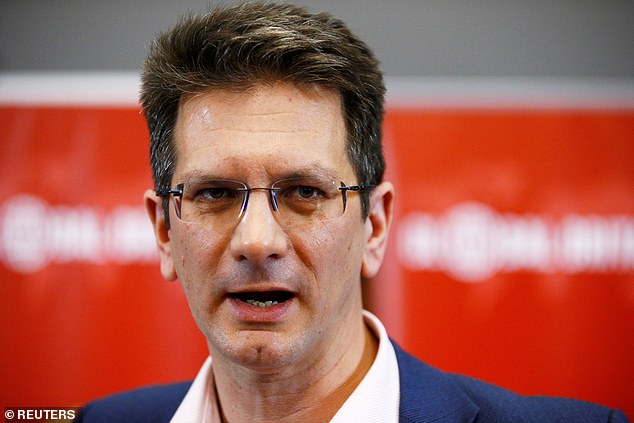 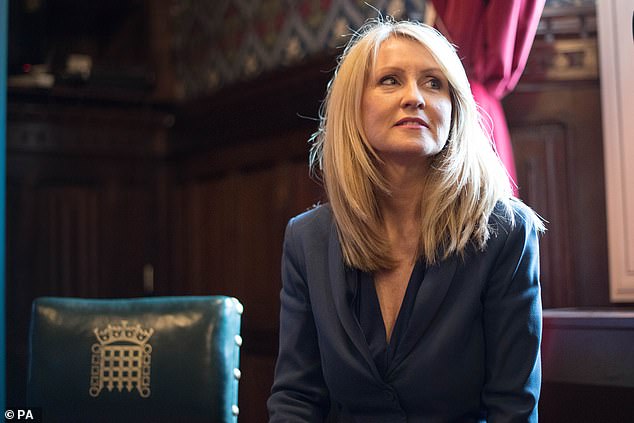 Esther McVey said the ERG paper was ‘spot on’, adding: ‘Only a clean Brexit on October 31 will deliver the referendum result and ensure we don’t fatally wound our party’

He added: ‘If you’re asking am I decided that if they ask me to do it I will, you bet.’

Brexiteers were ‘spoiled for choice’ for candidates, Mr Baker added, and named three candidates – Esther McVey, Dominic Raab and Boris Johnson – he believed could back the ERG paper.

Tory leadership contenders will take part in a live TV debate on June 16 under plans set out by Channel 4.

The 90-minute event will take place after the first round of votes by Tory MPs which is expected to remove some of the outsiders from the race.

The debate, in front of a live studio audience, will be hosted by Krishnan Guru-Murthy and follows the first ballot of Conservative MPs on June 13.

Channel 4’s director of programmes Ian Katz said that with only Tory MPs and party members having a vote to decide the next prime minister ‘it’s vital that they are properly tested before the wider electorate’.

‘There has been a dismaying trend in recent years towards major politicians avoiding taking part in televised debates but we’re hopeful that this will mark a return to healthy public scrutiny of candidates for our highest office,’ he said.

Sky and the BBC have already set out plans for TV events throughout the Tory leadership contest.

The BBC announced plans for a debate to take place in mid-June which will be moderated by the journalist Emily Maitlis.

The final two candidates will also be invited to take part in a special edition of Question Time where they will be asked questions by an audience.

On Sky News, the two final candidates will take part in a live debate with a studio audience made up of Conservative voters presented by journalist Kay Burley.

‘I have to say Esther, Dom and Boris are all three of them excellent candidates, talented people,’ he said.

‘All of them I believe capable, with their own approach, of in the end delivering a satisfactory exit from the EU and indeed win a general election.’

But a range of conversations would now need to take place, said Mr Baker, now there was ‘a stake in the ground’ on how to deliver Brexit.

Mr Baker’s potential candidacy would take the number of contenders in the leadership race back up to 12 if he does decide to stand on Monday.

He insisted the next Tory leader must take a hardline stance on opposition to Brexit – even booting out Chancellor Philip Hammond, who has suggested he would vote to bring down the Government rather than see a no-deal Brexit.

He said: ‘A leader is going to have the courage, determination and resolve to say to some of our colleagues ‘if you choose to threaten me with bringing down this government I’m afraid I dare you’…

‘I did go through some training on this – in moments of death or glory, you tell people what you’re doing, you don’t participate.’

Ms McVey said the ERG paper was ‘spot on’, adding: ‘The Withdrawal Agreement is dead and only a clean Brexit on October 31 will deliver the referendum result and ensure we don’t fatally wound our party and allow Jeremy Corbyn to become prime minister.’

She said it was clear the EU would not renegotiate the Withdrawal Agreement, so ‘let’s actively embrace leaving the EU without a deal’.

But rival leadership candidate Matt Hancock has said no deal is ‘not a credible option’, and set out how he would renegotiate the existing Political Declaration on the thorny issue of the Irish border.

Speaking at a Policy Exchange event, Mr Hancock said the ‘most urgent task’ facing a new prime minister was to achieve a Brexit deal that faced the ‘hard truths’.

He said: ‘A credible plan to deliver Brexit must be grounded in reality and the reality is there are hard truths.

‘The first hard truth – No deal is not a credible policy choice available to the next prime minister. 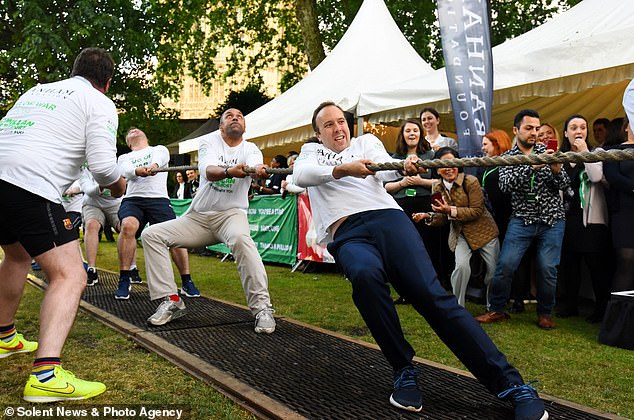 ‘As the Speaker has made clear, Parliament will block it as it did in March.

‘That means the alternative is either a deal to leave the EU or a general election or second referendum and potentially no Brexit at all.’

Last night two Tory leadership hopefuls dramatically quit the race to replace Theresa May without facing a vote after admitting they stood no chance of winning.

Housing Minister Kit Malthouse and Brexit Minister James Cleverly pulled out to reduce the field of candidates to become Tory leader and Prime Minister to 11.

The withdrawals came as Tory chiefs unveiled rule changes to slash no-hopers from the leadership race.

The 1922 Committee executive last night said that candidates would need eight backers to stand at all.

After that all those getting fewer than 16 votes in the first ballot will be eliminated, with the bar raised to 32 for the second ballot.

Esther McVey today vowed to sack all Remainers from her Cabinet if she wins the Tory leadership battle.

The former Work and Pensions Secretary insisted there should only be jobs in the top team for people who ‘believe in Brexit’.

The tough stance came as Boris Johnson cemented his status as Tory leadership front runner by pitching for support from moderate ‘One Nation’ MPs at hustings last night.

The former foreign secretary now has public support from 40 MPs after ministers Rishi Sunak, Robert Jenrick and Oliver Dowden hailed him as the candidate to ‘inspire the country and revitalize our party’.

The latest pledges mean Mr Johnson has pushed further ahead of main rivals Michael Gove and Jeremy Hunt – who have 25 and 24 respectively. 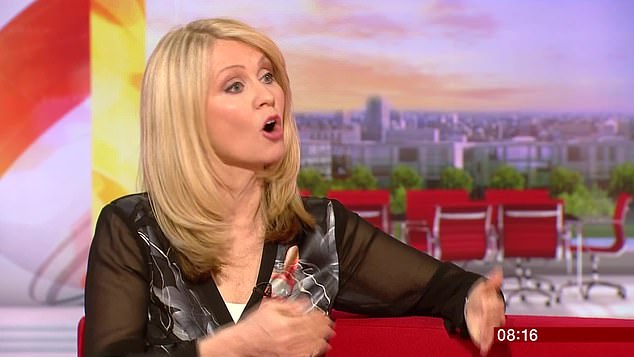 Ms McVey has only a handful of endorsements to her name, meaning she might be eliminated from the contest after Tory chiefs tightened up the rules.

But she moved to outflank Mr Johnson with a hard line. ‘I believe at the moment we actually have to have a team that believes in Brexit,’ Ms McVey told LBC radio.

‘I think you need to have people who believe in Brexit to deliver this by October 31.’

Dangerous trend sees 'snowplough' parents stop at nothing to prevent their children failing
Did Prince Harry and Meghan have a tiff at the royal wedding?
Las Vegas police investigate incident at central valley La Quinta
Experts reveal their tips on how to spot authentic designer bags online
Husband DEFENDS wife who 'faked her autistic son's kidnapping to kill him'
Woman share why they cheated on their partners reveal reasons infidelity and being unfaithful
Speaker John Bercow gloats as he reopens Commons
Mother of 21 shocks TV viewers by revealing she was just 13 the first time she became pregnant