Football was hit by another pitch invasion on Saturday as non-League Fylde players were attacked by fans.

A last-minute winner in the FA Trophy semi-final prompted the two fans from the Stockport end to run onto the pitch and confront the opposition players.

And a director also found himself at the centre of confrontation when a fan found his way into the away dressing room. 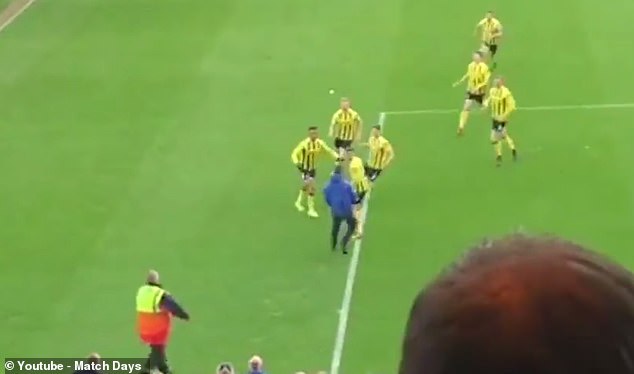 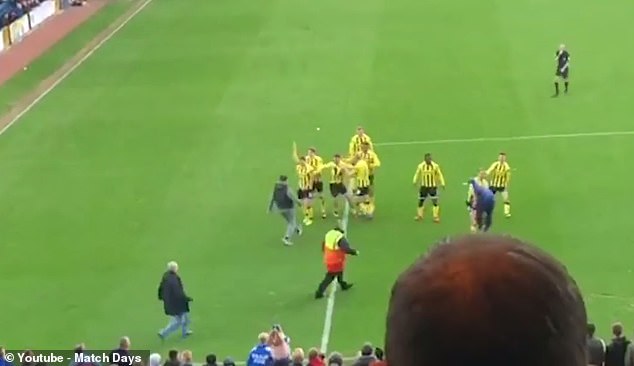 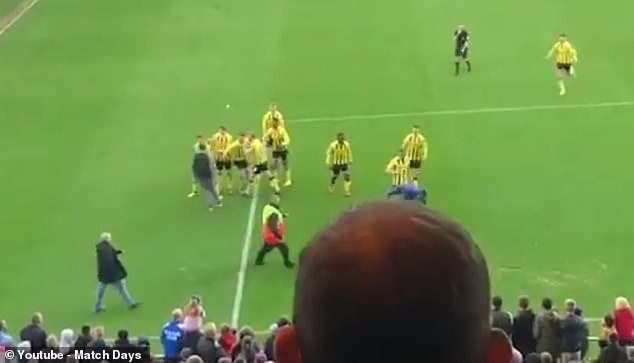 Alex Reid’s 89th-minute winner settled a five-goal thriller less than a minute after a Stockport equaliser, and prompted celebrations from Fylde players in front of the home end.

But emotions spilled over with Arlen Birch initially confronted as a fan ran onto the pitch and another quickly followed him.

The first tried to return to the stand behind the goal as he was pushed away by Fylde players before he was grabbed by the Stockport goalkeeper and then a steward.

The second fan can be seen in a video on YouTube angrily confronting Fylde players and being shoved away and pointed back towards the stand. 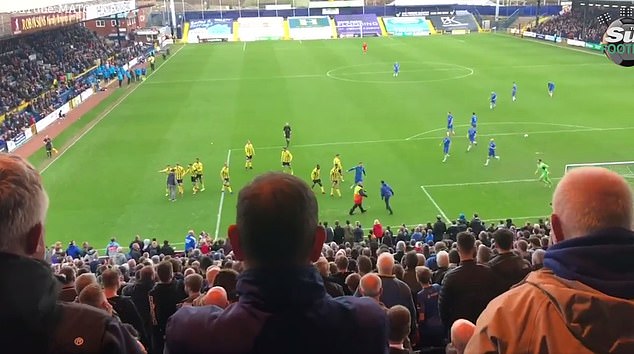 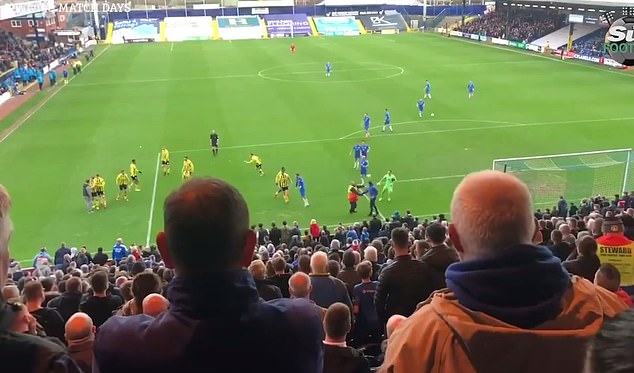 Fylde manager Dave Challinor said: ‘It just shows how big an effect football all over this country has.

‘You have one idiot who runs on at Birmingham and all of a sudden now everyone thinks it’s clever to do it.

‘It’s wrong, it really is. What you can’t do is say that’s synonymous of all their fans, it’s not it’s just some idiot running on the pitch.

‘It’s dangerous, really dangerous, but people just need to self-police. If someone wants to go on the pitch no matter how many police or stewards you have you aren’t going to stop them.

‘But we don’t want to go back to where it was 15 or 20 years ago in this country where people are behind fences.’

The FA are set to launch an inquiry with the incident at Edgeley Park following hot on the heels of a Birmingham fan’s attack on Aston Villa Jack Grealish and an Arsenal fan confronting Chris Smalling at the Emirates Stadium two weeks ago.