IT’S a bit of a new-look column this week as equine flu has caused a racing shutdown.

We’ve still managed to get our horses out and about though, so hopefully it won’t last too long and we can get going again! 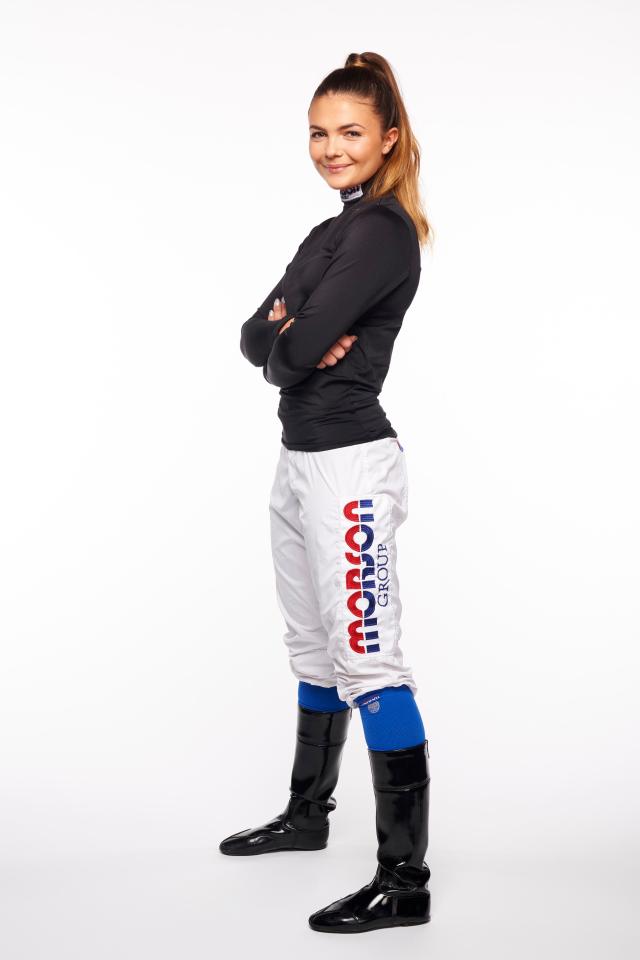 The vets were in yesterday morning doing a cracking job and obviously we’re hoping nothing comes back positive.

Some trainers have been saying they’ve not had enough swabs to go around, but we’ve been lucky in that regard.

Every single one of our horses has been swab tested and we’ve taken as many precautions as possible.

I’d be very shocked if any of ours did test positive – there have been no ill effects shown anywhere.

Our two horses which ran at Ludlow have been placed in quarantine and we’ll be keeping our fingers crossed.

It’s a massive pain not to be able to run anything but at least our training regime hasn’t been affected.

Bryony and Harry have been riding out as normal and the team has been working together really well.

It was a big shame that Newbury got cancelled as we wanted to get King George winner Clan Des Obeaux out for a run in the Denman Chase.

I hear Newbury will be hoping to get that meeting back on so we won’t make any plans until we hear more.

As there’s no racing this weekend, it gives a nice opportunity to talk about a couple of horses with bright prospects.

One that I mentioned in a recent column is Miranda.

I’ve always thought she has a nice future and was delighted to see her win on hurdling debut at Ludlow earlier in the week.

ALL racing cancelled until next Wednesday at the earliest following outbreak

JACK OUT THE BOX

Fears racing could be cancelled for longer after lack of resources

OUT AND ABOUT WITH ANDY

I’ve ridden her every day at home and she has a lovely way of going, so it was great seeing her perform on the track.

Another I’m excited about is Pic D’Ohry.

He’s not been with us that long but everything he’s done so far has been good.

Hopefully he’ll be one for the future, though there’s no plan set in stone yet.

He’s only just started to adapt to our gallops so it’s a bit early to be making decisions but he’s certainly one to look forward to.

He had a mark of 149 in France so if he’s as good as his mark then we could have a smart horse on our hands.

It’s possible he won’t even get a run before Cheltenham – after all, Diego Du Charmil went to the Fred Winter without a prep a few years ago and won, so we know it can be done.

Whilst on the subject, I’m delighted to be a part of of this year’s Sun Racing Festival preview night.

Everyone has different views and it will be interesting to get a gauge.

It’s a fun build-up to Cheltenham and I’m sure a good night is in store.

A quick word on Politologue and Cyrname – both are going great guns at home and we’re hoping the Ascot Chase will be on next weekend.

If it is, the pair will be there with good chances.

It’s a big shame Musselburgh have had to cancel their Cheltenham trials day yet again.

The racecourse always puts on a cracking show and we would have had some nice runners up there.

Both Robert Havlin and Fran Berry had bad falls on the all-weather earlier this week.

The pair sustained injuries but, hopefully, with the help of the Injured Jockeys Fund, Oaksey House and Jack Berry House, they will be up and running again soon.

A few years ago we didn’t have access to these fantastic facilities but now that we do, it makes such a big difference.

The likes of Jason Watson and Charlie Bishop have both had injuries recently and have been helped massively by both Oaksey House and Jack Berry House.

They really helped me out a few years ago, too, when I broke my back.

Without their help, we’d be struggling.

I was down at Holland Cooper HQ earlier in the week as the time has come when I’ve really got to start thinking about what to wear at Cheltenham!

I’m very much looking forward to trying some of their clothes and am really enjoying the brand ambassador role they’ve given me.

I’ve come back with some beautiful outfits and if anyone is struggling to sort themselves out they’ve got a massive range to choose from, with tweed, non-tweed, short coats, long coats and loads more.

The other thing to think about at this time of year is hats.

A lot of people will be trying to find them and it’s worth following a friend of mine, Alice White (instagram awcollectionuk).

She started out a couple of years ago and does Cheltenham hats really well.

They’re all bespoke and you couldn’t find a better milliner.

3.30pm Tottenham news LIVE: Depay £50m interest, Onana battle with Man Utd, Ndombele injury worry, m...
Sorority girl jailed for life after ‘throwing her newborn baby in the TRASH’ now feels like a ‘monst...
Cowboy builder who ripped-off OAPs told to ‘demolish his home or return to jail’
7am Arsenal news: January transfer window plans, Gooners troll Alonso, Lacazette was PSG target for ...
What time do the clocks go back and will Brexit make any difference next year?
Emmerdale fans desperate for Rodney Blackstock to survive after he collapses from a stroke
D-Day hero wrongly accused by fantasist Carl Beech says Met Police cops who led the probe are ‘worse...
Newlyweds divorce after THREE MINUTES when husband brands her ‘stupid’ for tripping during wedding c...