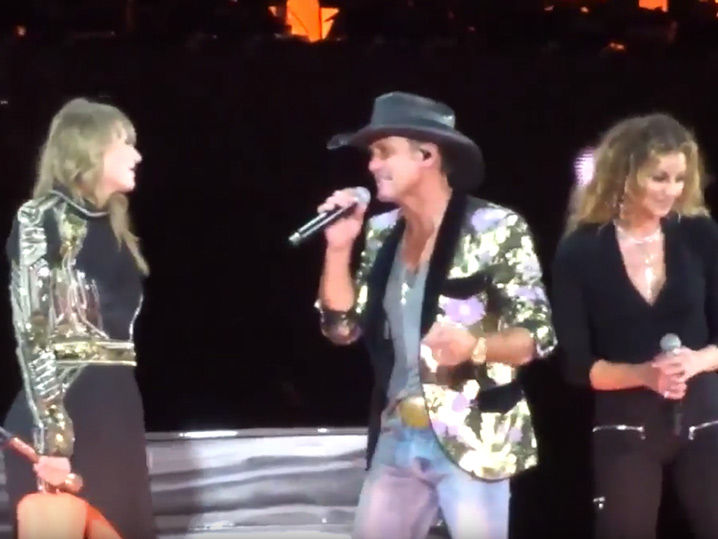 Taylor Swift‘s Nashville show this weekend got pretty meta when she brought out the subject of her debut single on stage with her — but it was equally awesome too.

Tay leaned into her country roots Saturday performing at Nissan Stadium in Music City when she sang the OG song that put her on the map — “Tim McGraw”  … her first smash hit and a throwback to 2006. She also brought out a surprise guest … the real guy’s wife, Faith Hill!

Taylor Swift sang “Tim McGraw” with Tim McGraw and Faith Hall in nashville tonight and this stadium. lost. it. pic.twitter.com/Yn5SGepYEt

As if that wasn’t epic enough … Taylor introduced another special guest halfway through the performance — Mr. Tim McGraw himself. Naturally, the crowd lost it.

Tim and Faith’s cameo was kind of a bitter sweet moment for a lot of TS fans — she’d opened for the country power couple in 2007 … and now here they were returning the favor for Taylor, who’s obviously selling out stadiums on her own these days.

If you weren’t already … you’ll definitely have to think Taylor now when you think Tim McGraw.