For most first-time homebuyers, completing the purchase of their new property is the end of a long and often stressful process.

But for teacher Rekha Patel, it was just the start of her problems.

Since she bought the cottage in a picturesque Peak District village of Glossop nine years ago, she has been locked in a series of bitter court rows which ended with her being arrested, and now cleared, of squatting.

But her problems stated before she even moved in when, during the renovation work, builders were accused of damaging 12 ‘thackstone’ tiles on a neighbouring property. 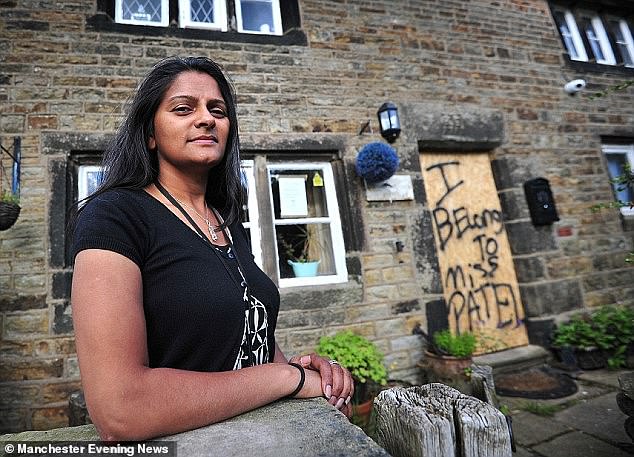 Rekha Patel has spent nine years fighting over a home she bought in the Peak District. She has now been cleared of squatting in the property, but banned from going back to it

Alteration work was also carried out to the roof without listed building consent. Although she did get retrospective consent for the work, her neighbour took her to court.

Representing herself, Miss Patel was found against by a judge. He ruled stones belonging to the neighbour, a ‘key architectural feature’ had been removed, and ordered she pay costs and damages, and denied an appeal.

She later said: ‘The court case broke me, totally broke me. I had tried to set up installments but they ignored me. In the end I thought it would be criminal to pay and fuel these bullies.’

But her problems didn’t end there. In 2016, an eviction order was imposed over the outstanding debts and she was kicked out of her home.

She temporarily moved back with her parents before moving back to the house, claiming the eviction order was not valid.

The house was later sold to settle the debt and a local estate agent bought it but a team of builders he sent to the site were met by ‘activists’, Manchester magistrates heard. 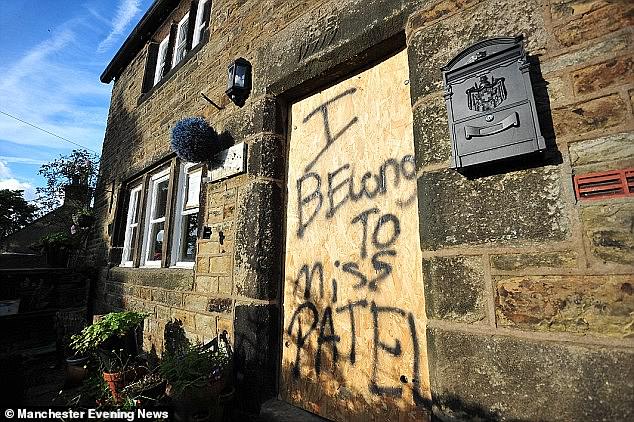 She lost the property after a court ordered its sale to pay outstanding debts and was later removed by police. She was however found not guilty of entering the house illegally

On June 29 last, after issuing warnings those inside were trespassing, police smashed their way into the cottage and found Ms Patel alone and blockaded in a bedroom.

She was arrested and charged with squatting in a house she claimed to have a legal right to stay in as a tenant.

But after a two day trial at Manchester Magistrates Court a district judge found her not guilty of entering the house illegally. 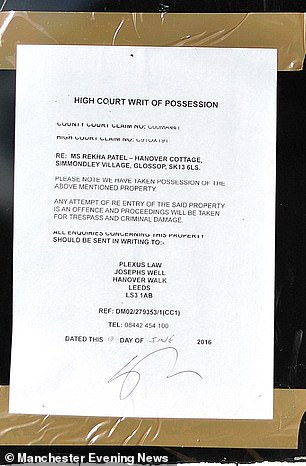 Judge Hadfield said he had heard no evidence as to when she entered the building.

‘Mr Turner confirmed that he was content parties to remain there. I don’t know if Miss Patel was already in there at that time.

‘Therefore, I cannot be sure she entered as a trespasser and therefore I find her not guilty.’

After the verdict, prosecutors made an application to impose a five-year restraining order on Ms Patel preventing her entering Simmondley Village or causing harassment.

Questioned about the proposal, Ms Patel said: ‘It’s a disgrace. I’m not a criminal, I’m not a menace to society.’

She admitted that her feelings about the house ‘ran very deep’, adding: ‘I’ve had my house stolen off me.’

Judge Hadfield placed a five-year restraining order on her which only prevented her from going to her former home.

‘It’s not a punishment, it’s just to ensure there are no further problems,’ he said.

Three police officers are stabbed in north London after being 'met with hostility'
Dramatic moment 4,000-tonne passenger ferry smashes into 32ft yacht as captain is cleared
Blood-spattered Joaquin Phoenix 'puts on a happy face' in first poster for Warner Bros. drama Joker
Castle owner rapped by watchdog over raffle to win the property
Hot felon Jeremy Meeks insists he is not with Chloe Green for money
May's post-Brexit immigration plan could close quarter of services in hospitals
Off-duty officer wins bravery award for confronting hammer-wielding woman while dressed in pyjamas
75 years to the day after they were freed from living hell, 200 Auschwitz survivors return