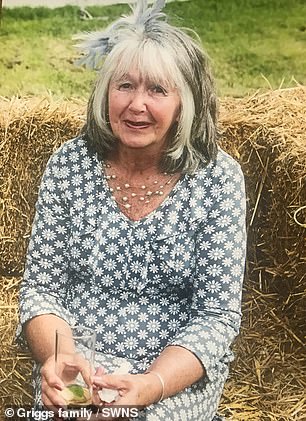 Elizabeth Griggs, 79, died six months after she was diagnosed with mesothelioma, a form of cancer linked to asbestos exposure

The family of a former private school science lab technician who died of a cancer linked to asbestos have launched legal action to establish whether the Bunsen burners and equipment she worked with caused her death.

Great-grandmother Elizabeth Griggs, 79, died six months after she was diagnosed with mesothelioma, a form of cancer linked to asbestos exposure.

Shortly before her death she recalled how her job at Wells Cathedral School in Somerset involved setting up and packing away Bunsen burners containing solid asbestos.

She worked there between 1969 and 2001 and said she also provided pupils with asbestos mats designed to prevent heat damage to surfaces.

Known as Ann Curtis during her time at the school, she had instructed lawyers at Irwin Mitchell to investigate whether her exposure to asbestos took place through her work.

The legal firm is now appealing for former staff and pupils at Wells Cathedral School to come forward with information regarding the use of asbestos based equipment there.

During a holiday to Cyprus in October 2016, the mother-of-four was stricken with a nasty cough and pain when sneezing.

On her return she visited her GP and, following a number of tests, she was diagnosed with mesothelioma in April 2017.

She died that November.

The great-grandmother told her legal team at Irwin Mitchell how the school announced plans to remove all asbestos from its site during the course of her employment, with the Bunsen burners and asbestos mats being replaced. 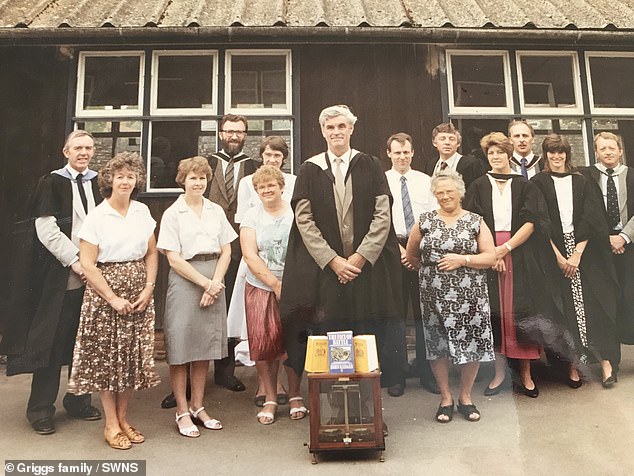 Her daughter, Debbie Harvey, 55, said: ‘Prior to her diagnosis Mum was fit and healthy.

‘She was really active and enjoyed gardening, beekeeping and had won prizes for her honey.

‘She really enjoyed going on holiday and did all the holiday planning as well as dealing in stocks and shares.

‘She would be always telling us what to invest in and took care of all the household bills. 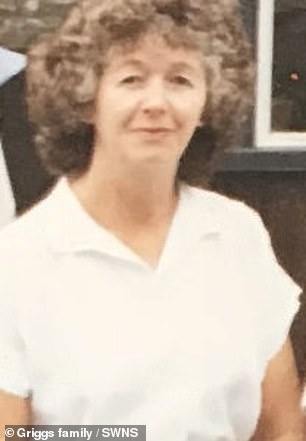 ‘We were stunned when we were told that she had cancer. It was very difficult to see the speed of her deterioration because of the mesothelioma.

‘She was definitely not the frail lady she became in the final weeks of her life.’

The former lab technician’s husband Gerald, 91, added: ‘I am still devastated by Ann’s death and miss her every day. She was the kindest and most loving wife and mum anyone could wish for.

‘Ann died before she was able to achieve justice. We now want to honour her memory by doing this for her and would be grateful to anyone who might be able to provide more information.’

Anyone with information which could assist this case is asked to contact Laura Wilkinson at Irwin Mitchell’s Bristol office.

Laura Wilkinson of Irwin Mitchell said: ‘While many cases tend to relate to industrial environments, we are involved in a growing number linked to asbestos exposure in other settings such as hospitals, council buildings and schools. 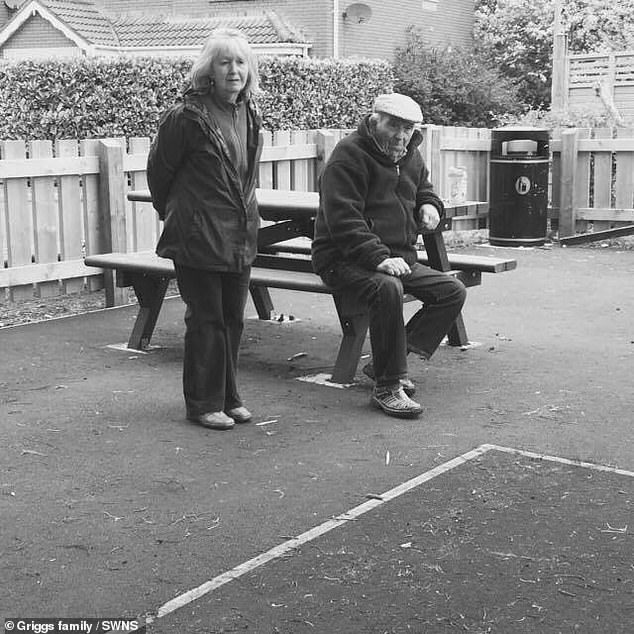 ‘Through our investigations we understand that Ann worked with products containing asbestos during her time as a school lab technician, but we would now be keen for more information regarding further detail about her exposure to asbestos dust.

‘This appeal comes at a time when the issue of school science equipment containing asbestos has been in the spotlight, with the Health and Safety Executive confirming last year that two companies had sold gauze mats which included the material for a number of years.

‘We would be hugely grateful if anyone who may have worked alongside Ann or may have been a pupil at Wells Cathedral School could come forward and provide information regarding the use of asbestos based equipment within the labs.’

Mom and bear come face-to-face before running off in different directions in New Hampshire
Doctor Who unveils Jo Martin as first black Time Lord in show's 57-year history
Britain's oldest mother of quadruplets, 51, is seen pushing her four babies in a special buggy
Crumpled van spins across road as its contents fly out of doors in smash on residential street
Prime Minister Boris Johnson 'briefed on plans to have Premier League football return within weeks'
Radio star Polly 'PJ' Harding reveals the humiliating moment she ruined a white couch on her period
Boris Johnson to warn Donald Trump that NHS and animal welfare standards are off the table
Foreign Office are at war over £400million Iran 'debt' linked to Nazanin Zaghari-Ratcliffe case