A 15-year-old schoolboy was stabbed to death outside a McDonald’s restaurant in east London, sparking the capital’s 116th murder investigation of the year.

Eyewitnesses reported seeing the two teenagers attacked in front of shocked onlookers in Stratford, east London, on Thursday afternoon, with one of the pair receiving fatal stab wounds.

The 15-year-old’s were attacked on or after getting off a bus that had stopped close to the Stratford Shopping Centre, the force said. 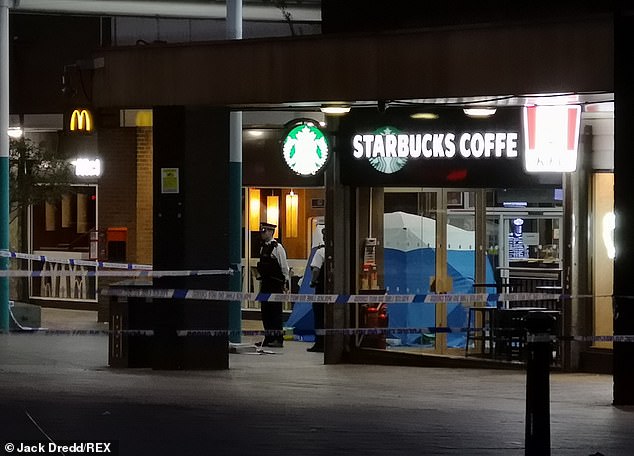 Pictured: Stratford Broadway in east London this evening, where a schoolboy was stabbed to death

Friends rushed to help him and members of the public performed first aid at the scene, it added.

Police and paramedics found the schoolboy with ‘critical injuries’ and despite battling to save his life he was pronounced dead at the scene near the shopping centre at 3.49pm.

The force said his next of kin have been informed but formal identification and a post-mortem examination were yet to take place. 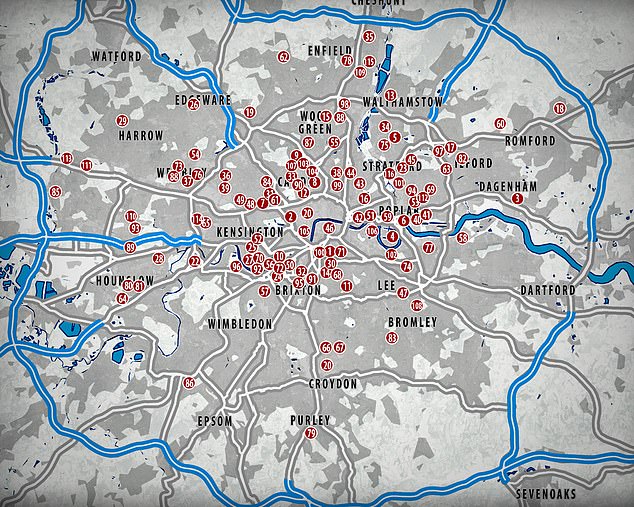 Pictured: The locations in which murder investigations have begun across the capital since the start of 2019 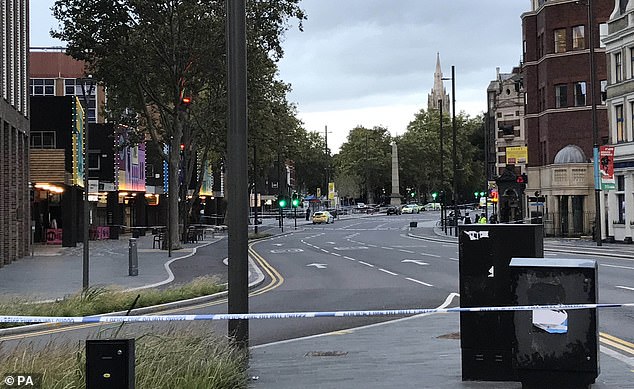 Pictured: Stratford Broadway in east London this afternoon, where a schoolboy was stabbed to death

DCI Chris Soole, who is leading the investigation, branded it a ‘senseless attack’ and said a murder investigation had been launched.

He added: ‘First and foremost are thoughts are with this young man’s family and friends. They so tragically are having to come to terms with this terrible loss of life.

‘This was a senseless attack and we share the concern and alarm this murder will no doubt cause in the local community.’

DCI Soole said the attack took place in a busy area and appealed for witnesses to come forward.

The second boy, aged 15, was also found with stab injuries was taken to an east London hospital, where his injuries are said to be not life-threatening.

A witness to the incident said the attack happened outside a McDonald’s restaurant next to the entrance of the shopping centre.

‘At that moment there were not many people around him so I could see him all covered in blood. He was in pain and tried getting up,’ they said.

‘There were people around gathering. It was scary as you did not know if any of them could have had a knife too.’

A section 60 order, giving officers the power to stop and search in the area, has been implemented.