A teenager screamed for a drink-driver to ‘slow down!’ before a horrific crash saw four ‘best friends’ die in a collision with an Uber after a party.

Caelan Megson, 21, Brandon Frew, 19, Declan Grove, 19, and Matt Walshaw, 18, died when the Seat Leon they were in collided with a Seat Alhambra in Leeds during the early hours of June 30 last year as the group were heading to a McDonald’s.

An inquest at Wakefield Coroners’ Court heard that all four had been drinking before the collision. The red Seat Leon was being driven by Mr Megson, who had drifted onto the wrong side of the road while travelling at a ‘colossal’ speed of around 82mph.

Two girls, who were aged 16 and 17 at the time, were passengers in the car and were left with serious injuries after the incident on the A6120 Leeds Outer Ring Road, near the junction with Bank Gardens in Horsforth.

Polly Armitstead, the older of the two female passengers, said no-one had questioned whether Mr Megson should be driving, and she shouted ‘Meggy, slow down!’ when she felt the car was going too fast around the bend. 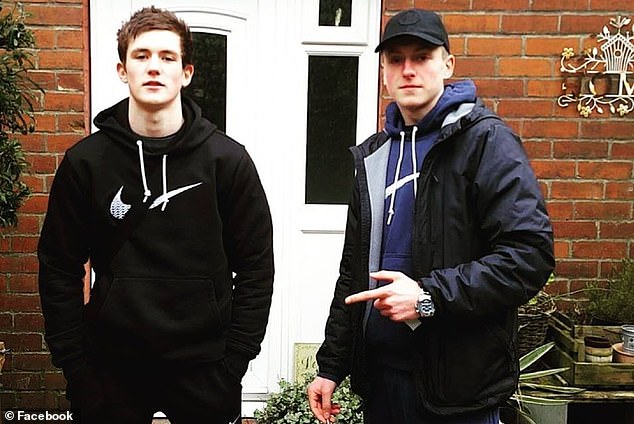 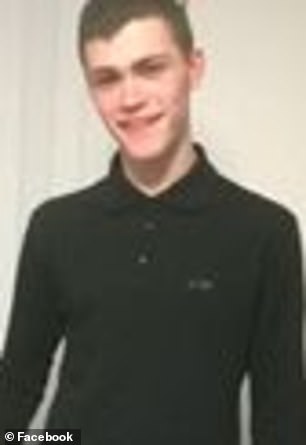 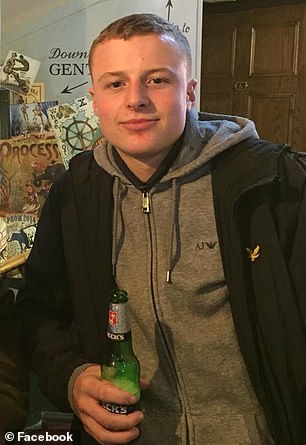 Caelan Megson (left) and Matty Walshaw (right) were among those pronounced dead at the scene. Two girls were also injured in the smash which took place in Horsforth, Leeds 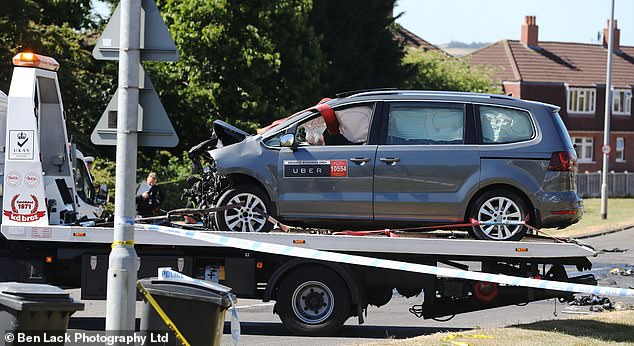 Miss Armistead, now 18, said she was drunk at the same party before she and the four boys agreed to head to McDonald’s together at around 2am.

She broke down in tears as she said she broke her ribs and sternum in the crash, and suffered bruises to her lungs.

The six-strong group had been heading to a McDonald’s and aiming to go on to Mr Frew’s house in Leeds when the accident happened.

A toxicology report found Mr Megson was around two and a half times the drink-drive limit when the crash happened, and had cocaine in his system.

Recording a conclusion that the four men, all from Horsforth, died in a road traffic collision, coroner Kevin McLoughlin said the young people ‘should not have been in a car with a driver who had drunk significant alcohol’.

He added: ‘I would encourage every school to look at the reports of these sad events and discuss them with their students – not only for the driver who makes an unwise judgement to drive after a night out, but also his friends who don’t question getting into the car. 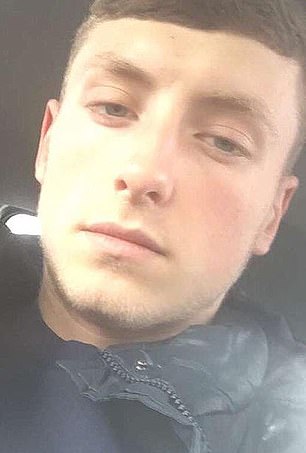 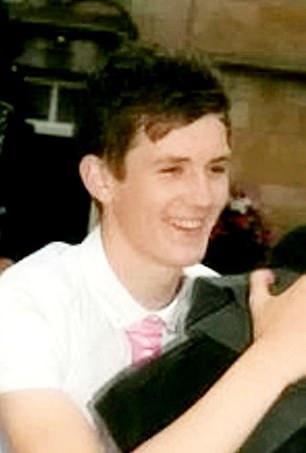 The six-strong group had been heading to a McDonald’s and aiming to go on to Mr Frew’s house in Leeds when the accident happened (pictured left: Declan Grove. Right: Brandon Frew) 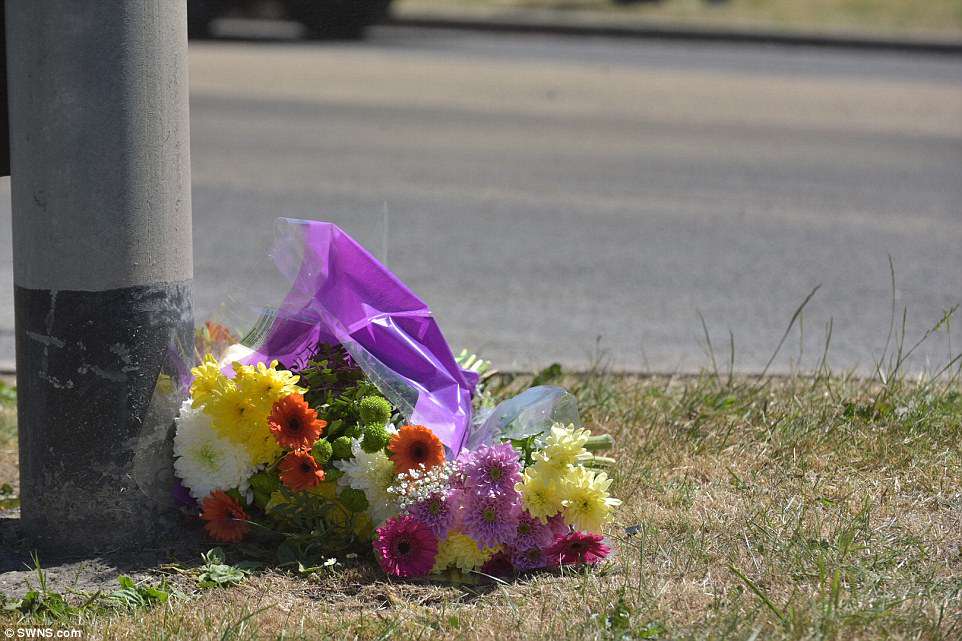 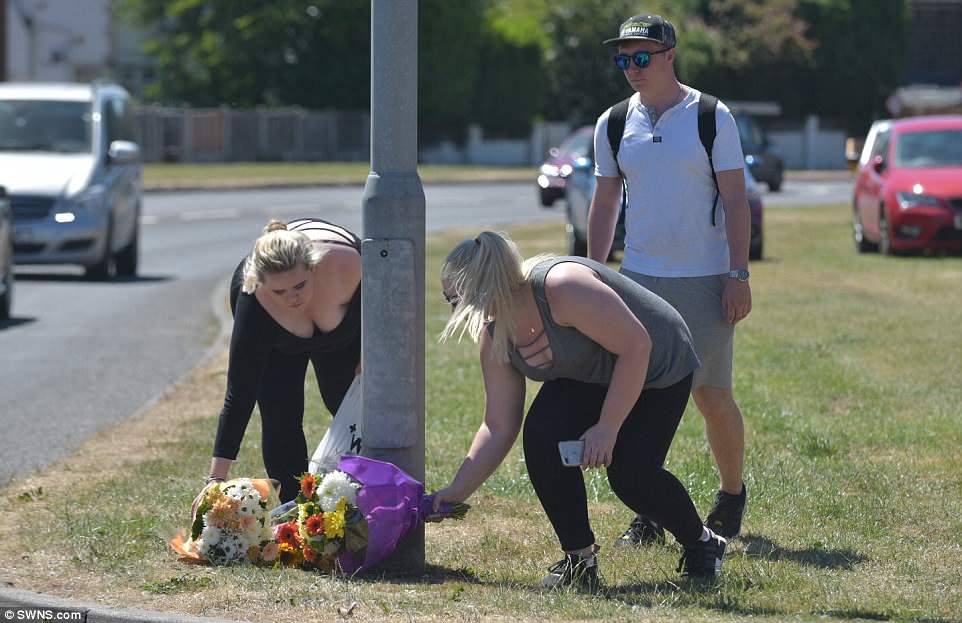 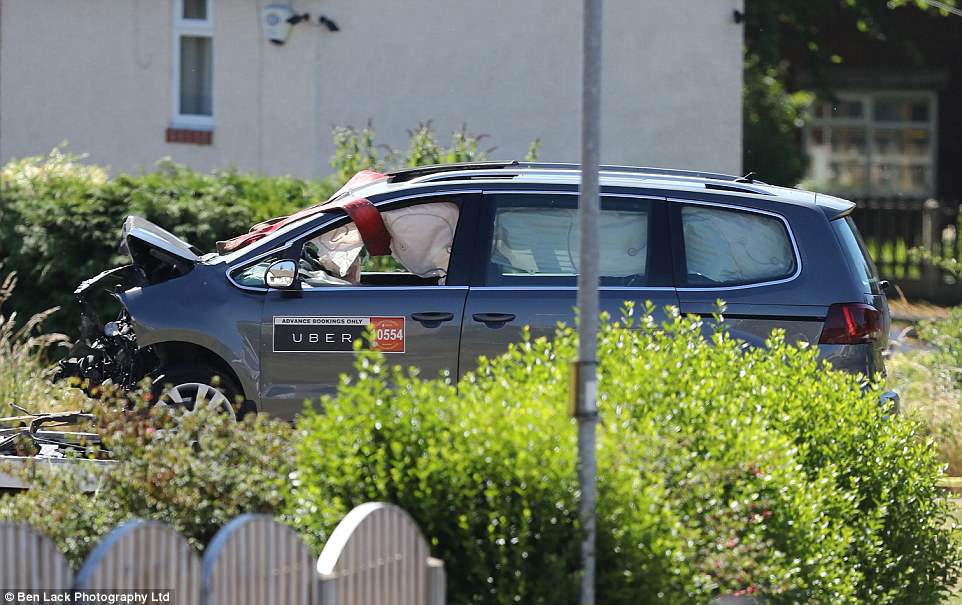 ‘I would ask that every driving instructor in this area cuts out the media coverage in the papers reporting this calamitous tragedy and makes their students read it and discuss it with them, so that they understand the responsibility that comes with having a driving licence.’

The coroner said young people ‘who perhaps don’t have the foresight because they are enjoying life and having fun’ need to be aware of the ‘maturity and responsibility’ required to drive a car.

Kyle Thornton, a friend of the group of men, said in a statement that he had been with the four friends when they stopped at a supermarket to buy alcohol before visiting Mr Frew’s house in the hours leading up to the accident.

He said he saw Mr Megson drink a ‘small bottle of vodka’, around six bottles of beer and two pints.

Mr Thornton said he had seen Mr Megson dancing around the home with his T-shirt off, adding that he remembered throwing up and passing out before the other four men left to go to a house party in Leeds.

Kyle Thornton, a friend of the group of men, said in a statement that he had been with the four friends when they stopped at a supermarket to buy alcohol before visiting Mr Frew’s house in the hours leading up to the accident (pictured: The scene after the crash) 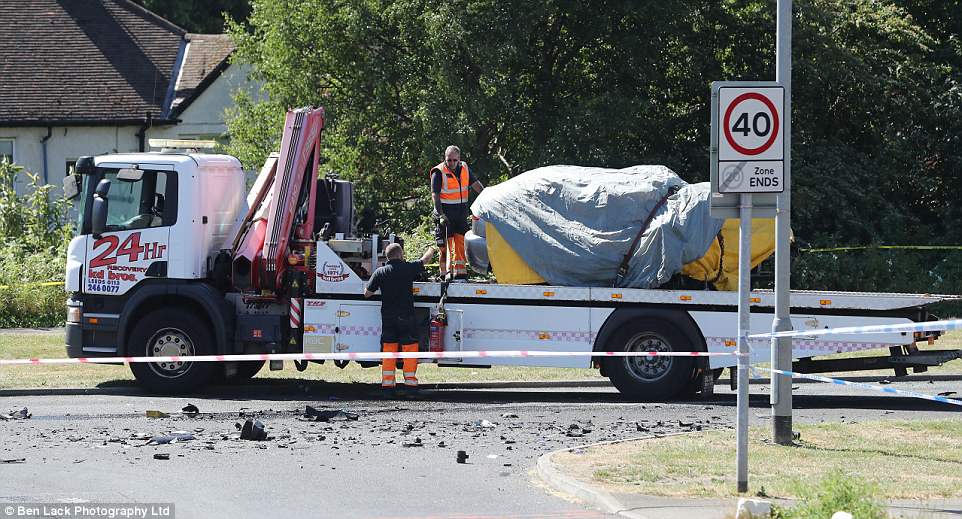 Recording a conclusion that the four men, all from Horsforth, died in a road traffic collision, coroner Kevin McLoughlin said the young people ‘should not have been in a car with a driver who had drunk significant alcohol’ (pictured: The scene in Leeds) 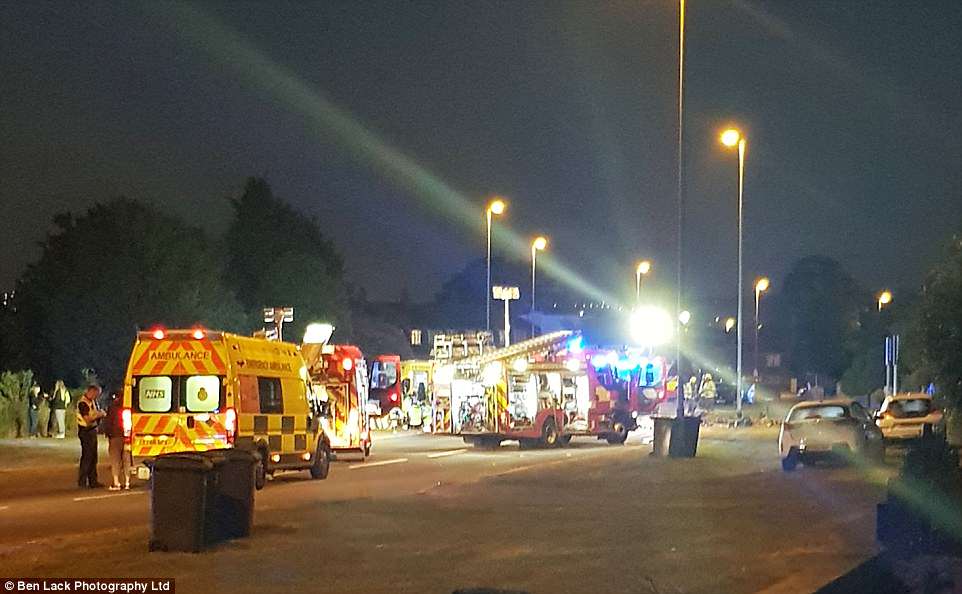 The Uber driver in the other vehicle, Abid Lodhi, who was alone in the Alhambra at the time, gave evidence in court through a translator, saying he was powerless to prevent the collision as he went round the blind corner.

Mr Lodhi, a father-of-three, was on crutches as he gave evidence and said he suffered a broken hand and knee in the collision.

The court heard a series of statements from the families of the four men, with Paula Knight, the mother of Mr Grove, saying: ‘My son was charismatic, extremely handsome, caring, loving and polite in character from early years right through.

‘I can say with great pride that he was my son, and everyone who knew him loved him dearly.’

Mr Megson’s mother Joanne said of her son, Mr Grove and Mr Frew: ‘I would say that they were brothers and would have been friends for life.

‘I can say that our whole family has been left with a massive hole in it.’

Children who refuse to brush their teeth may be putting themselves at risk of heart disease
Israel's failed landing dropped a replica of all of Wikipedia on the MOON
Questions over why Met failed to probe claims girl was trafficked to have sex with Prince Andrew
TOM RAWSTORNE examines the background of air stewardess, 33, who killed her son
Inside Jeffrey Epstein's opulent $77M New York mansion
BRITs 2019: Emily Atack is a vision in white in fitted gown
Trump demands Europe 'take back' and lock up 800 ISIS fighters captured in Syria
Student receives a torrent of abuse from a date because he refused to pay for her meal