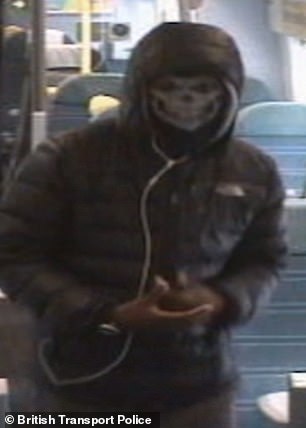 A teenager who threatened train passengers with a huge knife has been jailed for five years.

Tyron Franka committed a series of frightening robberies while wearing a skull mask on trains and near stations in the capital.

The 18-year-old from Kenley in Croydon told train passengers on board a Southern Rail train ‘you’re getting ganked’ last November when he robbed them at knife-point.

The following day Franka snatched another person’s phone and shouted ‘skidaddle before I get a knife out’.

In the same month he targeted two boys while wearing the frightening mask. 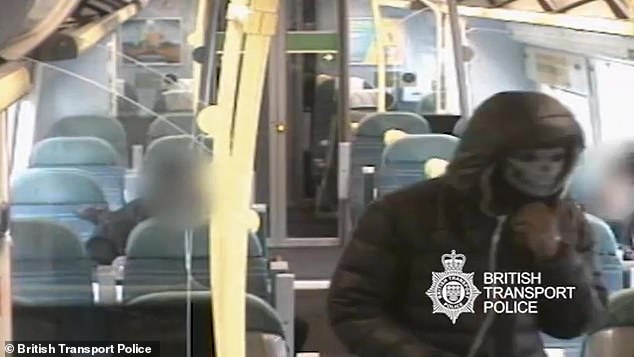 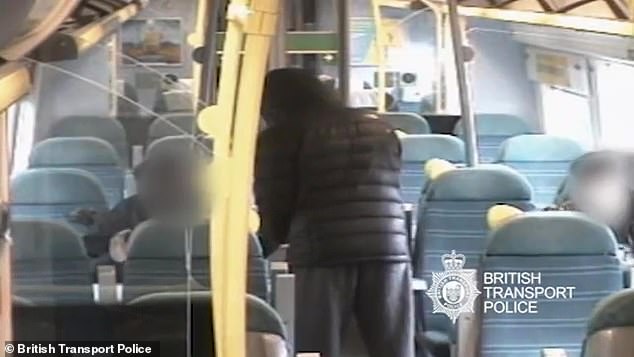 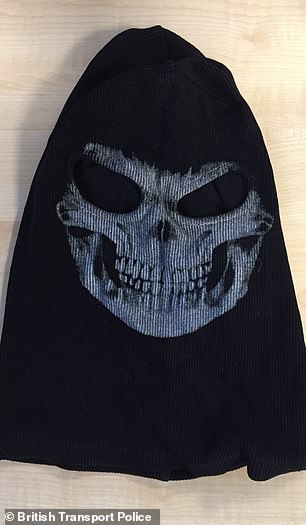 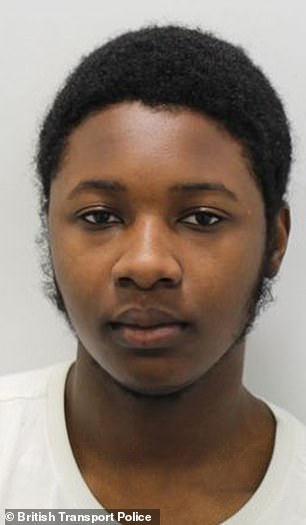 He was also caught on CCTV robbing an Armani bag between Purley Oaks and Kenley train stations. He also threatened to stab them.

Detective Sergeant Joanna Montague, of British Transport Police, said: ‘Passengers, most of whom were young teenagers, were undoubtedly very intimidated by Franka’s actions.

‘His behaviour and his reckless decision to carry and threaten people with a knife are all reflected in the severity of his sentence.

‘This case is an excellent example of the strength that CCTV plays in bringing offenders to justice.

Franka pleaded guilty to four counts of robbery and possession of an offensive weapon. 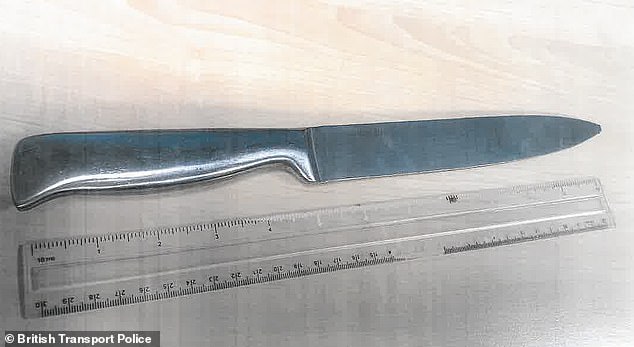 FBI is running criminal probe into 'scam' company with Trump acting attorney general on the board
Coronavirus UK: Boris Johnson didn't practise what he preached
'Wives of 2 brothers' killed when SUV plunged off bridge in Iceland
Corbyn couldn’t manage his own finances, let alone Britain’s
Madeleine McCann: Villa where Christian Brueckner raped tourist
Cancer-sufferer on the hunt for boy message in a bottle on a beach while camping
Police search neighbours' gardens in desperate hunt for missing Libby Squire
Every workout gadget you can still buy to keep fit during COVID-19