MPs were accused of holding the public ‘in contempt’ last night after they rammed through a Bill designed to delay Brexit for at least another three months.

Opposition parties and rebel Tories united to fast-track a law designed to keep the UK in the EU until the end of January 2020 – and possibly longer.

The measure, which the Prime Minister calls ‘Jeremy Corbyn’s Surrender Bill’ would force him to seek and accept any extension that the EU offers to prolong the timetable beyond October 31.

The 21 Tory rebels who backed it on Tuesday had the whip withdrawn as a result. 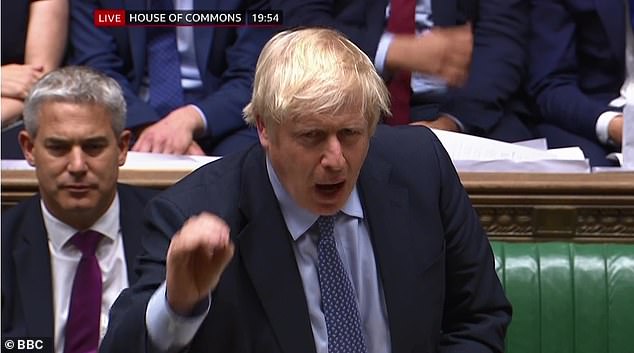 Proponents say the Bill is necessary to stop No Deal. But, speaking after it completed its Commons stages in a single day, Mr Johnson said it was a Bill ‘without precedent’ which would force a Prime Minister to ‘surrender in international negotiations’ and ‘hand control’ to Brussels.

He also claimed it was designed to ‘overturn the biggest democratic vote in our history – the 2016 referendum’, and could delay Brexit not just until next year ‘but for many years to come’. 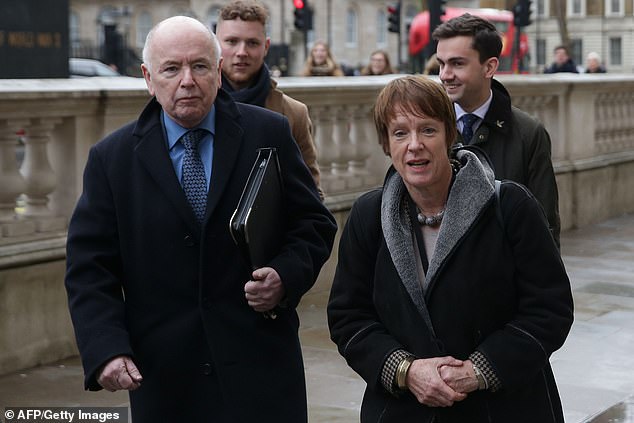 ‘They are holding the people in contempt. It’s time for an election. Boris Johnson needs a majority to deliver Brexit on 31st October’

As well as compelling the Prime Minister to accept a delay, it even dictates the letter he must write to the EU. Introducing the Bill, Mr Benn said No Deal would do ‘economic damage’ and undermine Britain’s security.

He told the Commons: ‘If someone says “You can jump off a cliff, with all the damaging consequences, in a couple of weeks’ time, or we could put it off for three months – which would you like?”, the sensible course of action to take… is to put it off.’ 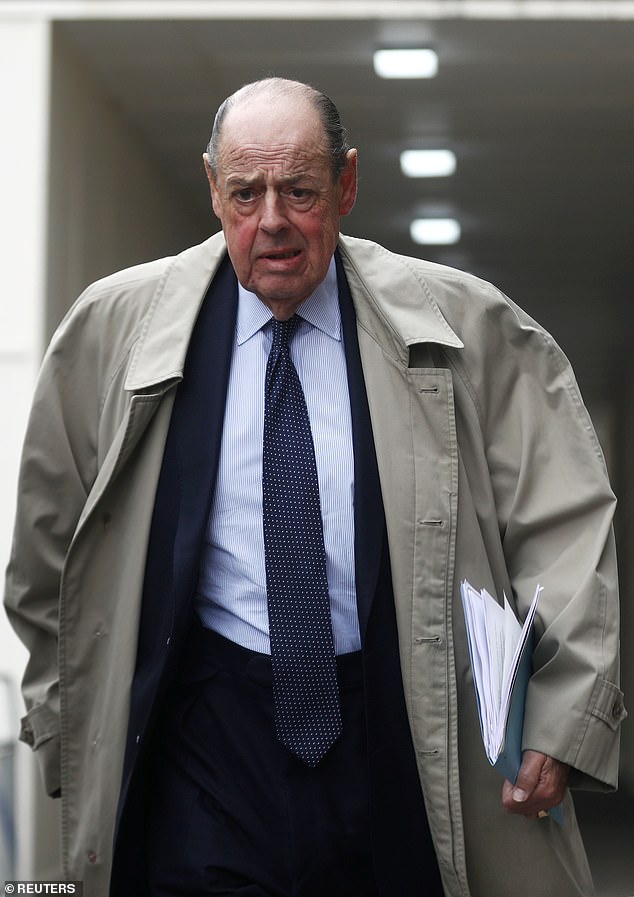 The Bill was tabled yesterday morning after MPs voted on Tuesday night to seize control of the Commons agenda from the Government and – in a radical departure from normal proceedings – debated all its stages in one day.

At Prime Ministers’ Questions in the Commons, Mr Johnson said he wanted to leave the EU at the end of next month, and the Bill was the ‘only thing that stands in our way’.

He also accused Mr Corbyn of wanting to ‘squander £1billion a month of taxpayers’ money on staying pointlessly in the EU’.

He said: ‘We delayed in March; we delayed in April; and now Mr Corbyn wants to delay again for absolutely no purpose whatever. What does he intend by this? 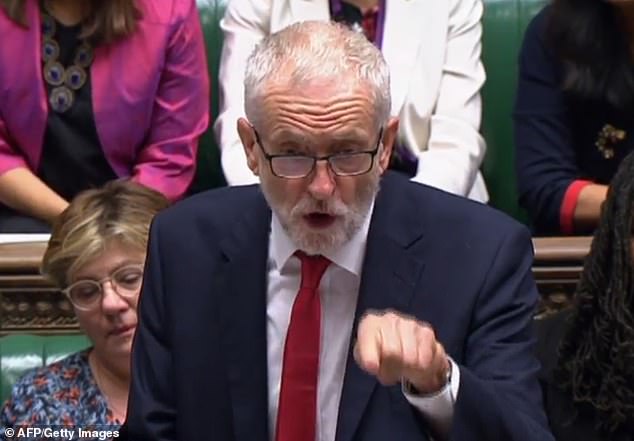 ‘The Government are spending £1billion to put 20,000 more police officers on the streets. He wants to spend £1billion a month net to keep us in the EU beyond 31 October. I will never allow that.’

Former Tory leader Iain Duncan Smith said the Bill was a piece of ‘wrecking’ legislation designed to try to force Britain into a second referendum.

Tory grandee Sir Nicholas Soames, the grandson of Winston Churchill, said he would not be standing at the next election after backing the Bill. ‘I am thus approaching the end of 37 years’ service… I am truly very sad that it should end in this way,’ he said.

He added he was supporting the Bill to ‘avert the immediate risk of the disaster of No Deal’ and complained that threatening ‘to commit an act of self-harm if your counterparts in negotiations do not do exactly as you wish is not likely to be an effective or successful negotiating strategy’. 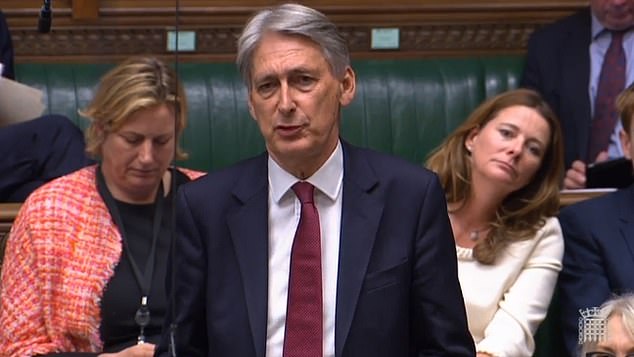 He also took a swipe at Mr Johnson and other Tory Brexiteers who did not back Theresa May’s Withdrawal Agreement, saying their ‘serial disloyalty has been such an inspiration to so many of us’.

Former chancellor Philip Hammond lashed out at Mr Johnson’s ‘mass purge’ of moderates, and dismissed the PM’s claim he was helping Mr Corbyn, saying he would rather ‘boil my head’ than assist the hard-Left Labour leader.

He insisted it was wrong to say the Bill would ‘chop the legs off’ Britain’s negotiators – as Mr Johnson claimed – because there is ‘no negotiation going on’. One additional Tory MP rebelled yesterday – former environment secretary Caroline Spelman. However, she was not kicked out of the party. Downing Street sources said the vote was not considered to be a confidence motion.

The Bill passed to the Lords where Tory peers are expected to try to delay its progress. Many were preparing to sit through the night.