The British have long been a boozy bunch — knocking back pints and goldfish bowl-sized glasses of wine with gusto. And no time sees us drink more than Christmas.

But as this party season approaches, scores of us will be abstaining, and if you try to present formerly hollow-legged relatives with a glass of Champagne this Christmas, you may well be met with a saintly: ‘I’ve given it up.’

The young in particular are racing to jump on the booze-free bandwagon, with almost a third of under-25s now choosing not to drink at all, according to the Office for National Statistics. 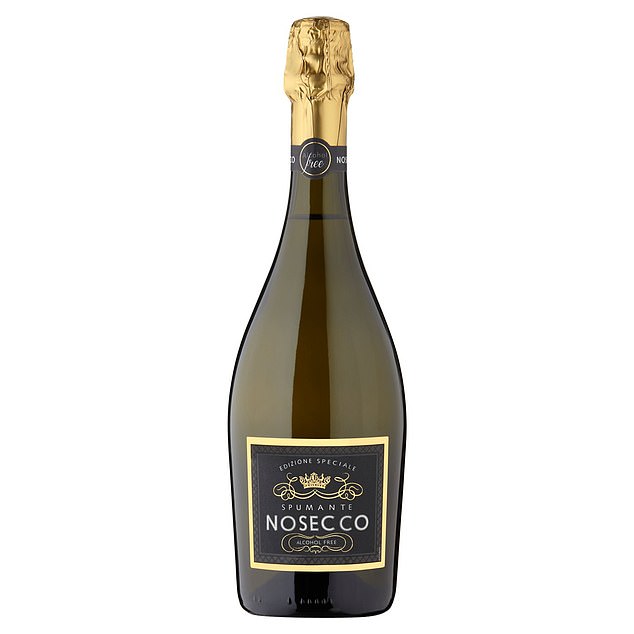 Prosecco with no alcohol? Sounds too good to be true. Well, it is. This alcohol-free sparkling white is made in France, not Italy, and it tastes like fizzy apple juice.

But if you’re fearful of the prospect of an alcohol-free Christmas — or don’t know what to serve your teetotal guests — set your worries aside. Those forgoing alcohol are no longer faced with endless orange juice, sparkling water, or the dreaded Beck’s Blue and Kaliber. Now they can sip something that looks — and tastes — like the real thing.

The rise of alcohol-free booze in the UK has been phenomenal, with a raft of new ‘no-and-low’ products hitting supermarket shelves in the past year. The real success story has been the growth in distilled ‘spirits’, led by Seedlip, a non-alcoholic spirit brand launched in 2015 and now selling more than half a million bottles a year.

‘We’re at the beginning of a shift in the role alcohol plays in our lives and, with sugary soft drink and alcohol volumes declining, there’s a need to offer proper adult alternatives,’ says Seedlip founder Ben Branson.

It can mean big business, too. Sales of low-alcohol wines in Waitrose jumped 64 per cent in one week alone last month, according to Anne Jones, wine, beers and spirits manager for the supermarket. ‘The demand for great quality low- and no-alcohol alternatives has been a driving force,’ she adds.

But what’s behind consumers’ move to cut down or even abstain from alcohol? Kiti Soininen, Mintel’s director for UK food and drink research, says: ‘A variety of factors has led to consumers limiting how much alcohol they drink. These include rising prices, pressure on incomes and an interest in healthy lifestyles.’

So does ditching the alcohol mean compromising on flavour? Rocketing sales of alcohol-free beer and spirits suggest not.

However, wine consumers are still sceptical, according to Mintel. Negative perceptions of the alcohol-free wines of old have lingered, it seems. But new technology and production methods have improved the quality of alcohol-free drinks hugely.

Femail’s drinks expert Helen McGinn brings you the best of the not-so-boozy bunch. . .

Prosecco with no alcohol? Sounds too good to be true. Well, it is. This alcohol-free sparkling white (main picture) is made in France, not Italy, and it tastes like fizzy apple juice.

Still, it looks the part and means you won’t miss out on the end-of-year toasts. Bonus point for the brilliant name. 3/5

Strip the alcohol from wine and you can end up with something stripped of flavour, structure and weight, too. But this juicy red works a treat because there’s enough going on to distract you from the fact that there’s less than 0.5 per cent alcohol in there. Heat it up with orange juice and spices and you’ll have a great mulled wine, too.3/5

This is basically fizzy water, grape juice and a dash of green tea, but it’s brilliantly packaged and tastes great. You still get to pop a cork and pour bubbles into a glass. It’s much better than most sparkling alcohol-free wines and really does live up to its name. 4/5

I have never been a fan of diluting good champagne with orange juice, but this blend is delicious. It mixes grape juice, including 15 per cent from the Chardonnay grape, with orange juice. You can polish off the whole fresh, frothy bottle and still be stone-cold sober. 3/5 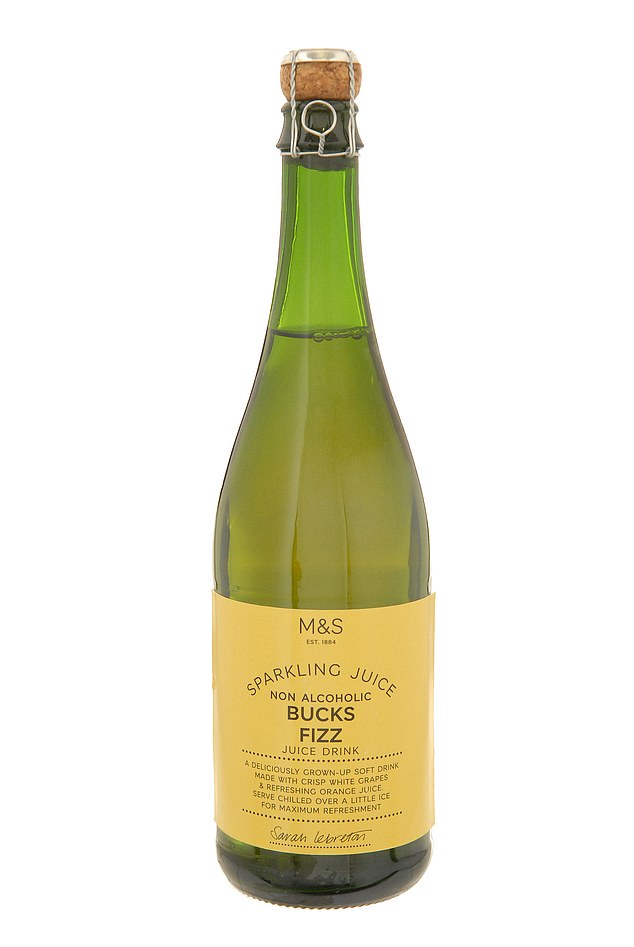 If you like hoppy, aromatic ales and are on the wagon this Christmas, this is the brew for you. This brainchild of a Swedish brewery is made using U.S. hops, including Centennial and Mosaic, adding a whack of citrus. Full of flavour with a soft, persistent bubble that’s really impressive given that this is only 0.5 per cent alcohol. 5/5 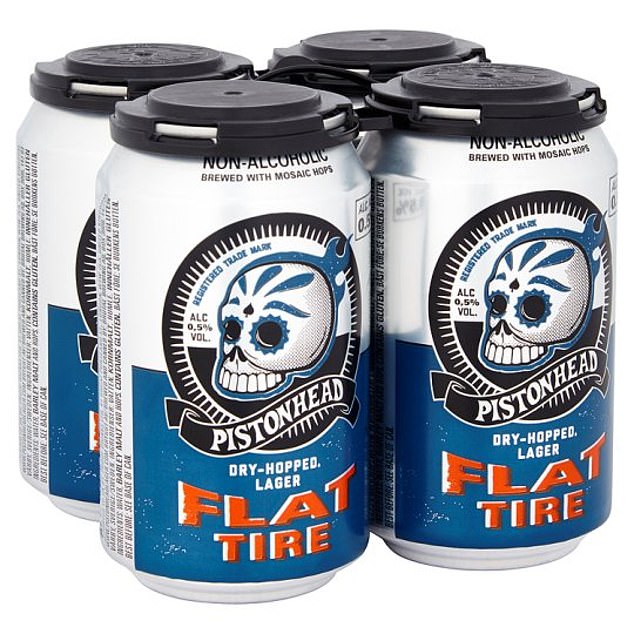 Not as punchy as the Pistonhead, but this pale ale is a peach. Light, crisp and fresh with tropical fruit flavours sitting alongside the hoppy taste quite happily. It’s brewed in London at Sambrook’s Brewery, and recently won UK’s Best Low Alcohol Pale Ale in the 2018 World Beer Awards. I’ll drink to that — and not have a hangover. 4/5 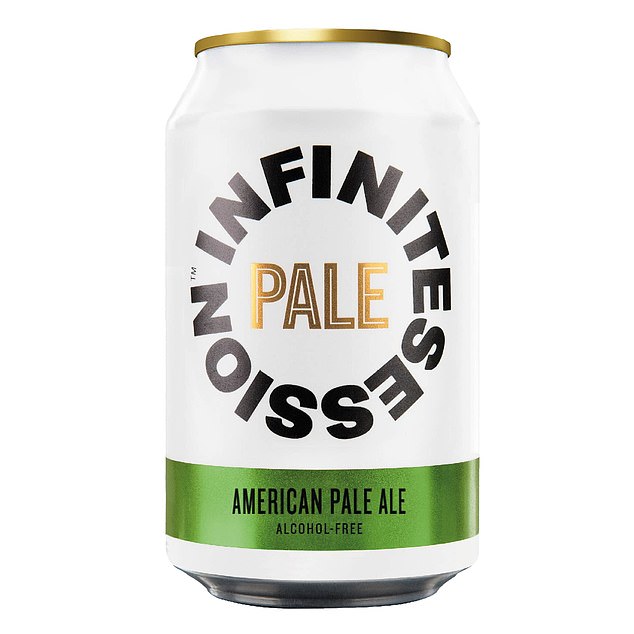 This is basically a sour fruit beer. It’s a mash-up of raspberries and ale and is both sweet and sour, with fizz and a bright pop of colour. And it really does work; you think it’s going to be too sweet on the first sip, then the hoppy ale character whips across the palate to remind you this is a grown-up drink. 3/5 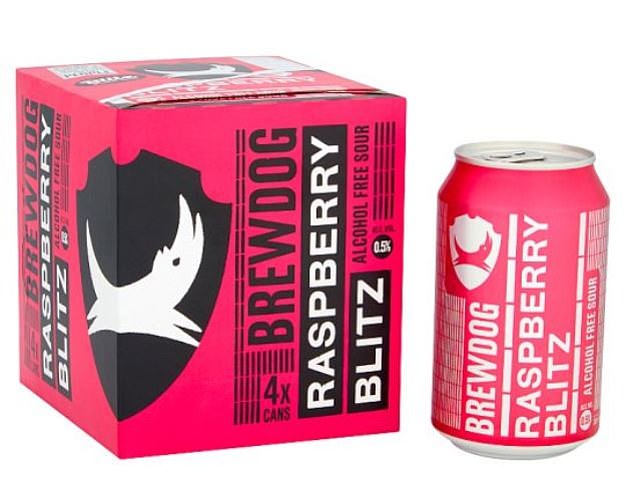 This is Adnams’s popular Ghost Ship beer, treated with a method called reverse osmosis, which removes the alcohol without stripping all the flavour. Taking out alcohol can leave a drink on the thin side. But with this one, there is lots of malty, yeasty flavour along with a lovely citrus aroma — spookily similar to the real Ghost Ship. Great stuff; office party organisers take note.5/5 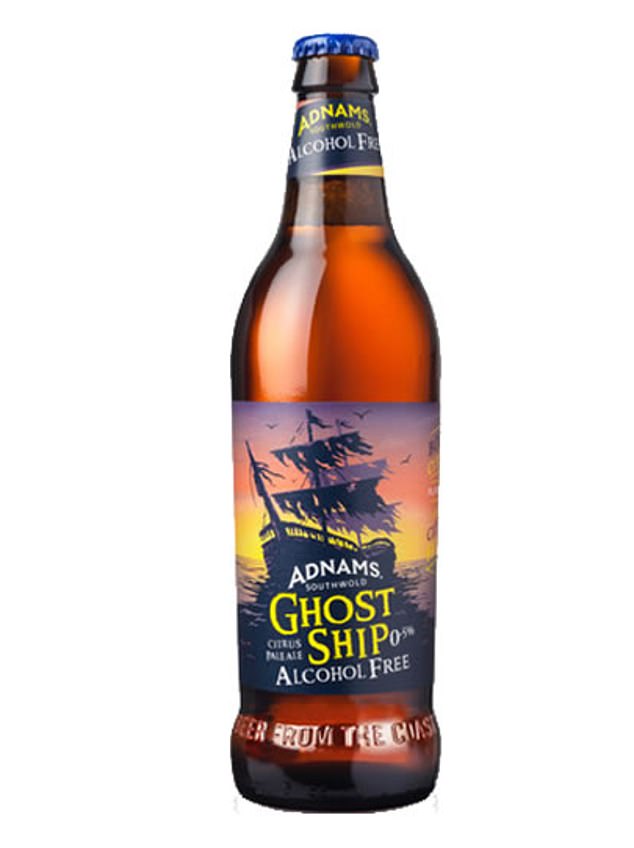 Pre-mixed, low-booze gin and tonic in a bottle? Gin-ius! New from the gin giant, this is made with selected botanicals and flavoured with natural fruit extracts — in this case lime (there’s also a grapefruit one). The added citrus zing helps distract from the lack of gin, and the tonic adds that crucial quinine character. Nicely done. 3/5

This is the latest addition to the range from Seedlip, billed as the world’s first distilled non-alcoholic spirit brand. It’s all about citrus flavours, with three varieties of Mediterranean orange, lemon peel, ginger and lemongrass, compared with the original earthy Seedlip spice. It’s free from sugar, sweeteners and artificial flavours, too. Add a generous splash to a glass filled with ice (as you would gin), and top up with soda and a thick twist of orange peel. 5/5 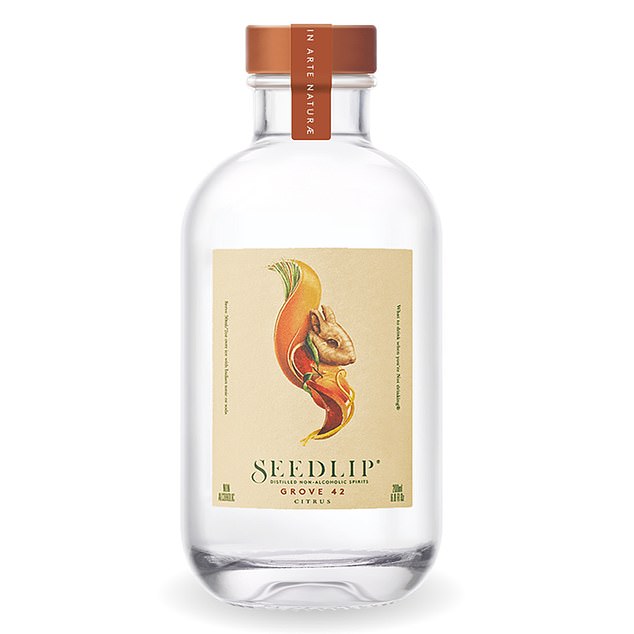 Think white vermouth without the alcohol. Even though it looks as if it’s come straight out of a bar in Sicily, it’s made in Bordeaux. The idea is that it delivers a herby, bittersweet hit to a mixed drink. It’s really rather effective. Try over ice, with tonic and a garnish.3/5 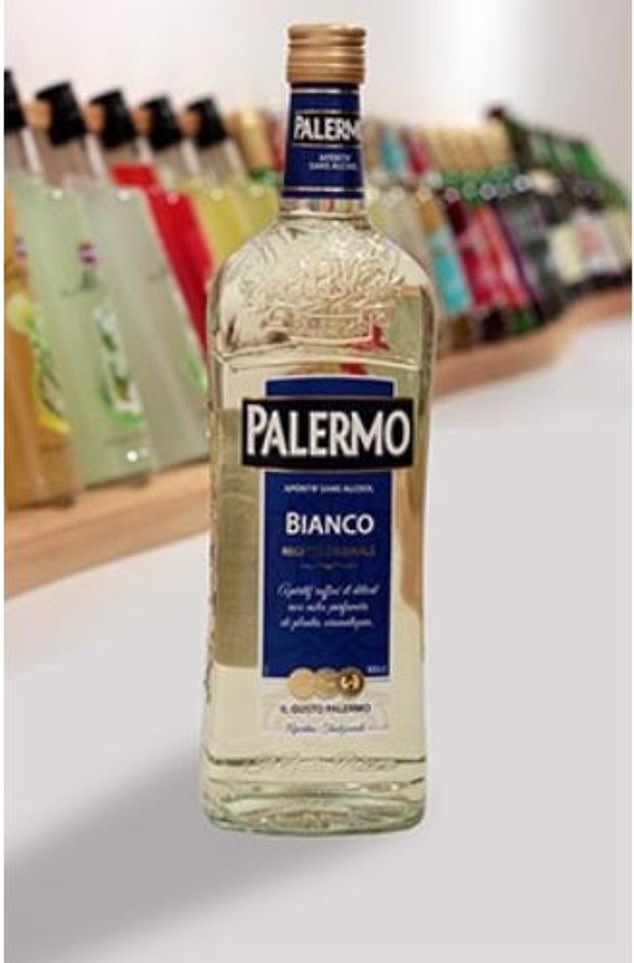 Named after the borage flower, this is made from steam-distilled botanicals including cardamom and rosemary. The result is heavyweight on aroma and flavour, despite being supremely lightweight on alcohol, sugar and calories (all 0 per cent).

Because it’s fairly powerful compared with most of the other spirits here, you need to use only a single shot (25ml) before topping up with tonic and a slice. Refreshingly different.3/5