A band of some 17 Tory rebels are expected to vote against government in a bid to block a No Deal Brexit, with some already signing the Bill.

Boris Johnson threatened to remove the whip and deselect Conservative MPs who vote to pass a law in the Commons today stopping the UK from crashing out of the EU on October 31.

An estimated 21 Conservative, including some former cabinet members and two ex-chancellors, were thought to be siding with the Opposition on the crucial European Union (Withdrawal) (No.6) Bill 2019.

But the enormous pressure from Number 10 and the Tory whips appears to have had some success in whittling down some of the rebels.

However, Mr Hammond indicated he would fight any deselection through the courts. 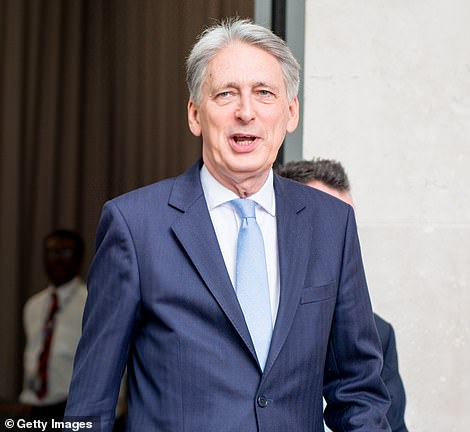 The Tory rebels include:

Rebel leader, former chancellor and detested by Tory Brexiteers. He insists he isn’t trying to block Brexit and points out he voted for the Withdrawal Agreement three times, unlike Boris Johnson who he says is ‘staggeringly hypocritical’. Mr Hammond argues that No Deal would cost the British economy £90 billion.

Former justice secretary and leader of the ‘Gaukeward Squad’ of anti-No Deal Tory rebels. He accused Boris Johnson of a ‘purge’ for threatening to deselect and withdraw the whip from rebels. Mr Gauke also said the prime minister of trying to turn the Conservatives into the Brexit Party. The ex-cabinet minister claimed Mr Johnson actively wanted to lose the Commons showdown so he can ‘purge’ Remainers reshape it into a new hardline Eurosceptic electoral force. 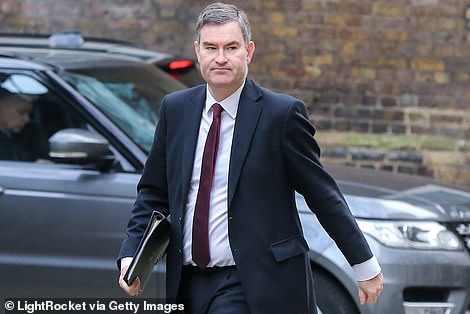 Arch Remainer and second referendum supporter who says he wants to ‘save the Tory party’ from Mr Johnson. The QC and former attorney general has been the legal brains behind much of opposition to No Deal and has been a thorn in the side of the hard Brexiteers. Today, referring to threats of deselecting rebel Tory MPs, he said: ‘I simply do not see the Conservative Party surviving in its current form if we continue behaving like this towards each other.’

Cerebral but gaffe-prone MP who was David Cameron’s policy chief and another of the brains behind the anti-No Deal alliance. He has argued that to stop No Deal MPs would have to take over the role of the government. This evening he tabled a motion that began the Commons debate on blocking a No Deal Brexit. He told the House the government has not presented any ‘viable’ alternatives to the Irish border backstop and the chances of securing a new deal are ‘slight’ 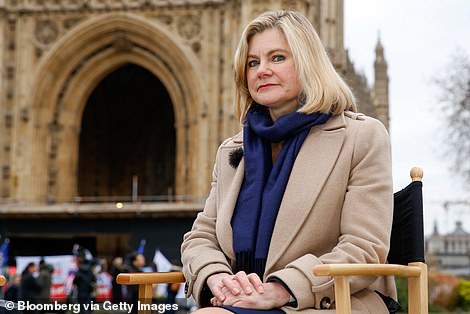 Former Education Secretary who represents a heavily Remain seat in South West London and announced yesterday she will stand down at the next election to try and extend social mobility. She confirmed that she would not stand for re-election in Putney, telling Today: ‘It’s very clear to me that my concerns about the Conservative party becoming the Brexit party, in effect, have come to pass.’ 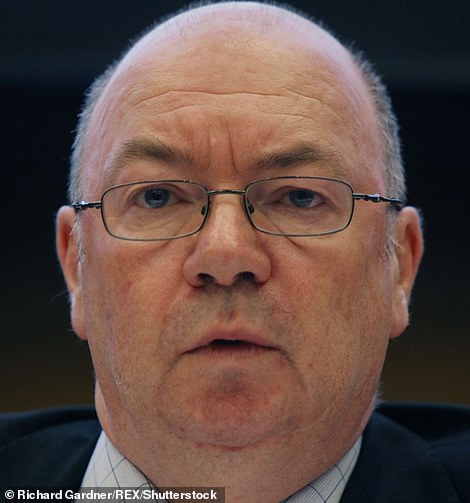 Former Foreign Office minister who quit government in March after joining anti-No Deal rebels. He refused to rule out standing against Tories in his North-East Bedfordshire seat and today confirmed he will not stand as a Tory candidate again.

The Europhile of Europhiles, a Tory Big Beast, former Chancellor and, at 79, the longest standing MP or ‘Father of the House of Commons’. Has said he would vote to bring down a Tory government to stop No Deal and previously suggested he might stand down as MP at the next election. He opposed the 2016 Brexit referendum and was the only Tory MP to vote against triggering the Article 50 process for leaving the EU.

Heavyweight backbencher and party grandee who is Sir Winston Churchill’s grandson. He compared Brexiteers to a ‘growling Alsatian that must be kicked really hard in the balls’. Mr Soames was among rebels who met the PM on Tuesday for last-ditch talks and later confirmed he would not support the government.

Former defence minister who quit to stop No Deal and announced he is standing down at the next election. He has accused his party of ‘appealing to the type of nationalism that has seen UKIP grow in the past, and the Brexit Party now’. Previously Mr Bebb said a vote against No Deal is ‘truer to Conservative tradition than anyone who traipses through the lobbies out of fear, opportunism or simply unthinking loyalty’. 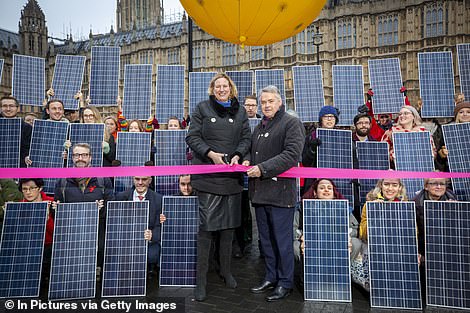 The 6’4′ MP for Eddisbury and longstanding Remainer rebel branded Mr Johnson ‘staggeringly hypocritical’ for threatening to deselect rebels. She also said it was ‘important to act’ to stop any chance of no deal and she would put her constituents’ interests ahead of her own. 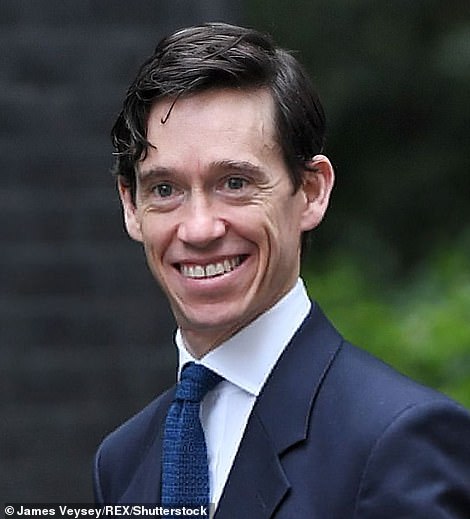 Eccentric former development secretary who ran an enthusiastic, if futile, leadership bid, he has been described as a Tory Remainer pin-up. As well as posting social media clips of his meetings with the public, the ex-cabinet member released a video confirming he would vote against the government and explained his reasons. Mr Stewart said claims No Deal Brexit would be a ‘clean and easy break’ from the EU were disingenuous as it would lead to years of economic and political uncertainty.

Constituency: Penrith and the Border

Self-made millionaire who resigned as culture minister after rebelling against Theresa May to stop No Deal. The former digital minister has been highly critical of No Deal on social media and backed Mr Gauke’s attempts to block the UK crashing out of the EU on October 31. 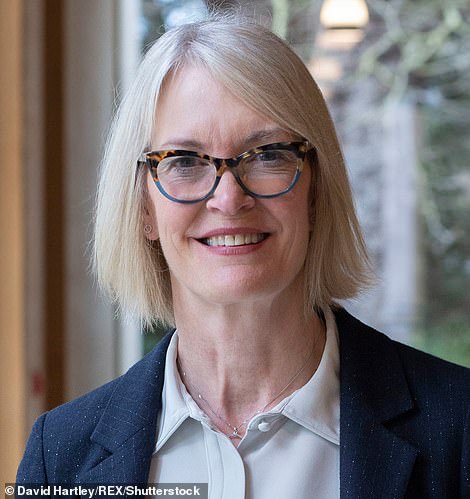 Former Transport minister and MP for heavily Remain constituency of the Wimbledon seat in south west London who is under threat from Lib Dems. He has accused Tory Brexiteers of ‘lecturing others’ about loyalty. He told the BBC’s World at One he would ‘reluctantly’ vote against the government.

Former business minister and perennial would-be resigner. He has rebelled over Brexit before, but finally quit earlier this year to stop No Deal and last week announced he would stand down as a Tory MP at the next election.

Former immigration minister was sacked by Boris Johnson and said yesterday her constituents ‘mean a whole lot more to me than keeping the Conservative whip’. She also added that she believes her constituents would be worse off under a No Deal Brexit and their futures mattered more than her own as a Conservative MP. 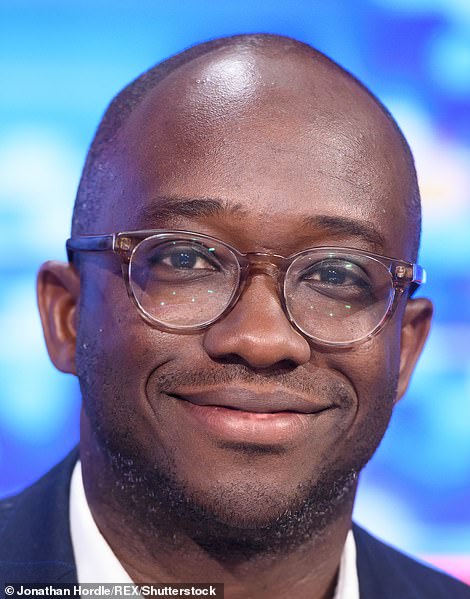 Quit as science minister under Theresa May in protest at her ‘naïve’ Brexit deal and backed a second referendum. The former universities minister said there was ‘no mandate’ for No Deal and claimed it would be ‘damaging and disruptive’ for his constituents. Mr Gyimah said it is ‘extreme’ to deselect opponents of No Deal.

Spiky-haired Guildford MP who rose through the ranks under David Cameron and Theresa May. She is the rebels’ unofficial whip and has kept a low profile since quitting as a minister in July. However she attended a meeting with other potential rebels in Westminster earlier today.