SHARON Osbourne denied Holly Robinson Peete’s claim that she called her former co-host “too ghetto” and had her fired from The Talk.

Sharon, 68, came under for defending her friend Piers Morgan over his intense scrutiny of Meghan Markle over the years, as she even fought with co-stars Sheryl Underwood and Elaine Welteroth during Wednesday’s episode of The Talk.

Holly appeared on The Talk for one season in 2010[/caption]

Holly, 56, took to Twitter after the on-air fight and wrote: “I’m old enough to remember when Sharon complained that I was too ‘ghetto’ for #theTalk…then I was gone.

“I bring this up now bc I was mortified watching the disrespectful condescending tone she took w/her co host who remained calm & respectful because…she HAD to.”

On Saturday, Sharon defended herself by posting an email from Holly, who was on The Talk for one season in 2010, on Instagram.

She captioned the email: “In response to @hollyrpeete Holly Robinson Peete’s accusation of me getting her fired from @thetalkcbs and saying she was ‘too ghetto’ to be on The Talk.

Sharon claimed she ‘never once uttered those words’[/caption]

“I never once uttered those words and I am sharing an email sent to me from Holly one month after she was let go by CBS. As I have stated before, I have never had the ability/authority to get anyone fired from @thetalkcbs and Ms. Peete’s email speaks for itself.”

In the alleged email from Holly, dated September 19, 2011, the actress and talk show host appeared to be on good terms.

Holly allegedly wrote “miss you madly” to Sharon and said she has called her “a few times.”

She ended the email with “xoxox.”

Sharon said on Wednesday’s show: “Why is it that because I supported a longtime friend and work colleague for years, people go ‘well you must be racist because he’s racist.’

“No. I support his freedom of speech. I’m not racist and neither is Piers racist.

“What have I ever said about anybody that’s racist? It’s not within me. It’s not in my soul.”

Sheryl disagreed with Sharon’s comments, as she acknowledged Piers showed “racial implications with the way he spoke about Meghan” last time he appeared on their talk show.

Sharon continued: “I have friends in my life and I speak up for my friend. If he ever needed me, I’d be there for him.

“But I feel like I’m about to be put in the electric chair because I have a friend who many people think is a racist so that makes me a racist.”

Sheryl then tried to go to commercial break, but as cameras cut back to the studio, the mom-of-three was seen crying on set.

Sheryl explained she was not attacking Sharon for being racist[/caption]

Sharon fired at her co-star when the show returned: “I’ll ask you again Sheryl because I’ve been asking during the break…

“Oh and don’t try to cry, if anyone should be crying it should be me! This is the situation… educate me, tell me where you have heard him say racist things. Educate me!”

Sheryl then explained: “It’s not the exact words of racism it’s the implication and the reaction to it. To not want to address that because she is a Black woman and to try to dismiss it, that’s what makes it racist.

“But right now I’m talking to a woman that is my friend and I don’t want anybody here to watch this and say we’re attacking you for being racist.”

Sharon cried during the altercation[/caption]

Sharon then laughed and rolled her eyes before quipping: “I think it’s too late. I think that seed’s already sewn.”

On Thursday’s episode, Sharon and Sheryl did not issue any apologies.

A source told The Sun both sides “refused to apologize.”

The insider claimed: “Sheryl and Elaine did not want to look weak to the black community who think they went out of their way to educate Sharon. Sharon does not trust that Sheryl and Elaine wouldn’t bury her further on air.

Sheryl and Elaine refused to issue apologies as well[/caption]

“She does not want to apologize when she feels she was attacked on air for supporting a friend. It was an impasse and there is still tension you can cut with a knife.”

The source continued to claim: “The damage is done. Mrs. O will never forgive Sheryl for ambushing her with that question and seeming to paint her out to be racist on live television. That bridge is forever burned.

“Mrs. O left the set sobbing yesterday so hurt by what transpired.”

An insider previously told The Sun that staffers are “petrified” Sharon, the only original cast member, will quit.

The Talk staffers are ‘petrified’ Sharon will quit[/caption]

The source claimed: “Sharon is hurt that she was attacked on air. She feels she was made to look bad. She feels betrayed and that no one at the show has her back.”

Sharon did issue an apology on her Instagram page.

She posted: “After some reflection, after sitting with your comments and sitting with my heart I would like to address the discussion on The Talk this past Wednesday.

“I have always been embraced with so much love and support from the black community and I have deep respect and love for the black community. To anyone of colour that I offended and/or anyone that feels confused and let down by what I said I am sorry.

“I felt panicked, truly blindsided, got defensive and allowed my fear and horror of being accused of being racist take over.

“There are very few things that hurt my heart more than racism so to feel associated with that spun me fast! I am not perfect, I am still learning like the rest of us and will continue to learn, listen and do better.

“Please hear me when I say I do not condone racism, misogyny or bullying. I should have been more specific about that in my Tweet. I will always support freedom of speech but now I see how I unintentionally did not make that clear distinction.

“I hope we can collectively continue to learn from each other and from ourselves so we can all continue to pave the way for much needed growth and change.

“The community on this platform means a lot to me. I hope we can all hold each other up with accountability, compassion and love during this powerful time of paving the way for so much needed change.”

The Talk is now “under internal review,” as the network issued in a statement that they are “committed to a diverse, inclusive and respectful workplace.”

The Talk is ‘under internal review’[/caption] 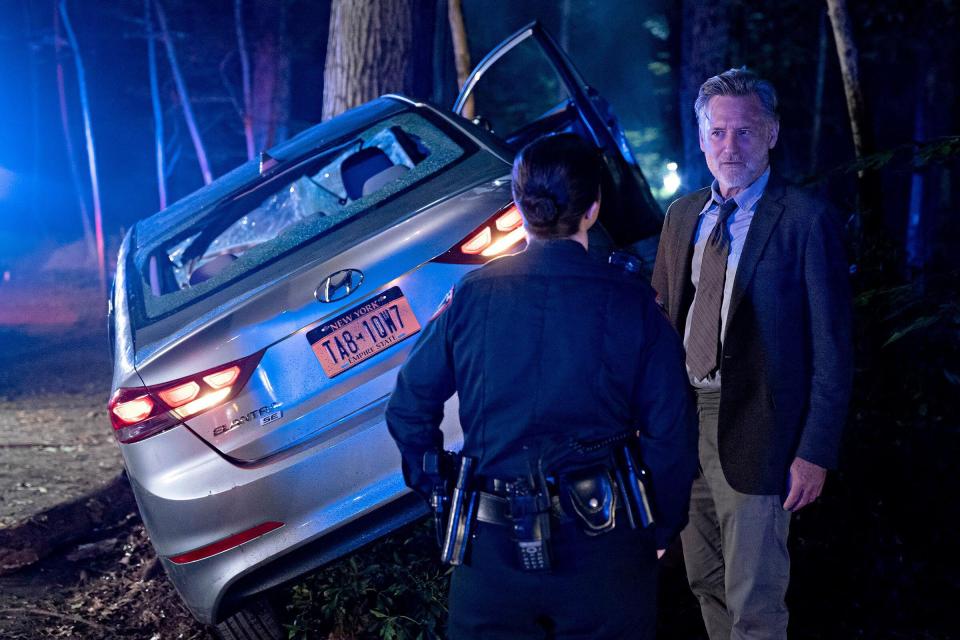 Will there be a season 4 of The Sinner? 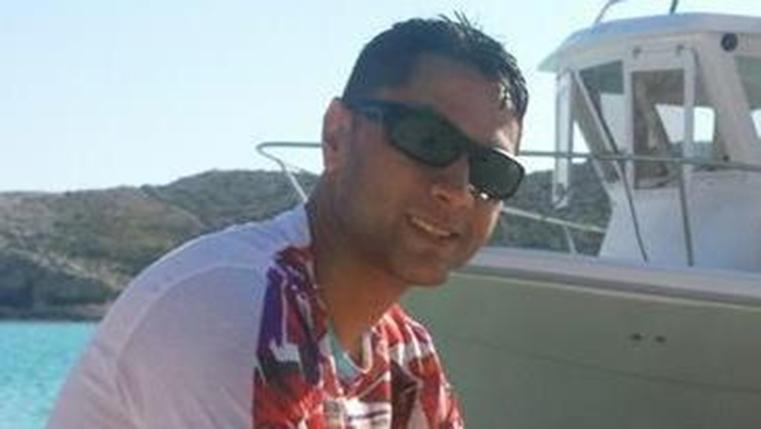 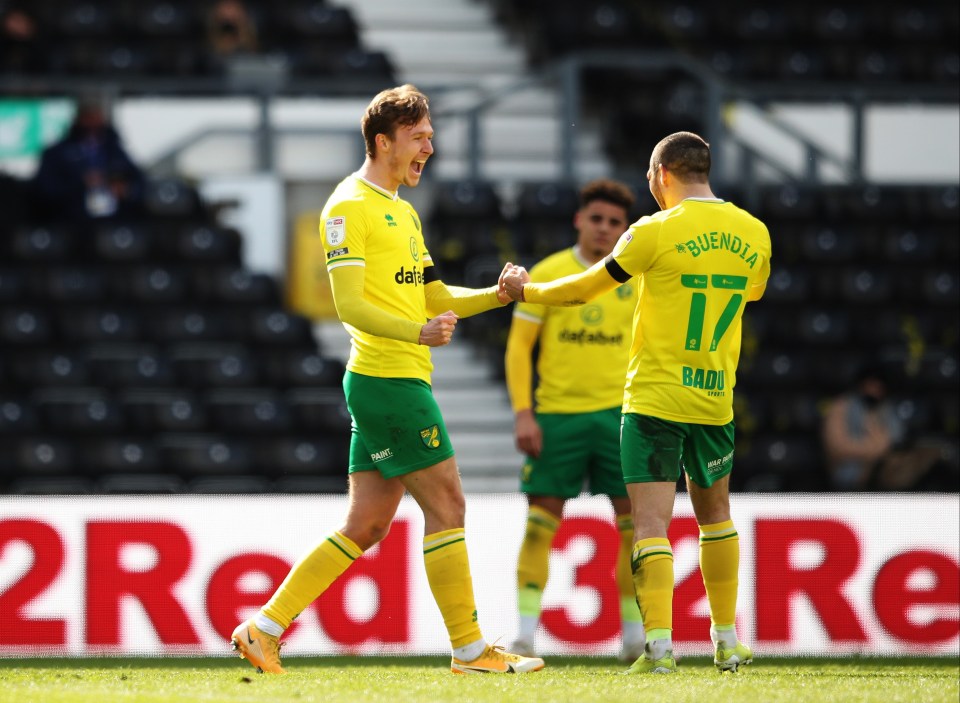