Theresa May admitted to the European Council President Donald Tusk she would need a delay to Brexit last weekend, an EU diplomat has revealed.

The Prime Minister met Donald Tusk on Sunday to discuss the UK’s March 29 deadline on the sidelines of an EU-Arab summit in Egypt‘s Sharm el-Sheikh.

The diplomat’s note from a briefing made to Ambassadors of the EU’s 27 remaining members on Friday morning in Brussels is said to reveal Mrs May asked for a delay. 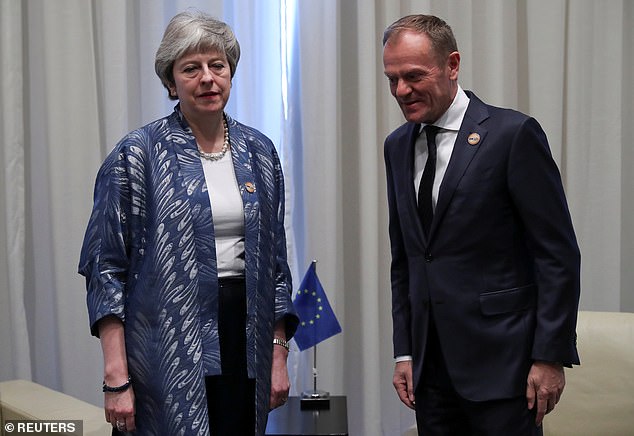 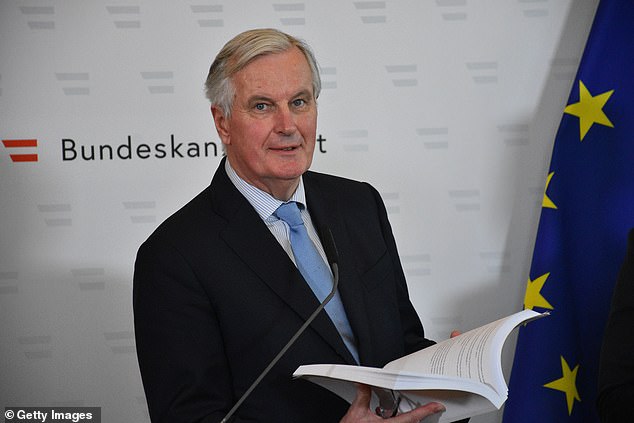 Negotiations are supposed to resume in Brussels next week, between EU negotiator Michel Barnier and the latest set of U.K. negotiators

The PM told the EU chief she would need more time, phrased as a ‘short and technical extension’ in the note obtained by Buzzfeed News.

This week she threatened for the first time that she would put the option of an extension to Brexit to MPs if they fail to back any revised withdrawal agreement by March 12.

There has also been talk that Brexit may not actually happen at all after the Labour Party said it would back a second vote on Britain’s decision to leave the EU.

Until Mrs May conceded the possibility of an extension – the EU Council President Donald Tusk said it would be a ‘rational solution’ – there were growing fears about a ‘no-deal’ Brexit and what its impact would be on both sides of the English Channel.

The prospect of a ‘no-deal’ Brexit did not look appetizing though some of the keenest Brexit supporters in Parliament insist that the warnings are just another element of ‘Project Fear.’

For now, everyone is waiting to see what Mrs May – and her attorney general, Geoffrey Cox – comes back with from her discussions with the EU.

Until that becomes clear, the Brexit deadlock should continue.

Negotiations are supposed to resume in Brussels next week, between EU negotiator Michel Barnier and the latest set of U.K. negotiators.

Meanwhile President of the European Commission Jean-Claude Juncker complained this week of ‘a certain Brexit fatigue’ which will resonate with the British public.

Mrs May’s original deal was overwhelmingly defeated in a vote in January with many lawmakers in her own party opposed to a provision to guarantee there are no customs posts or other barriers along the Irish border.

The mechanism, known as the backstop, is a safeguard that would keep the U.K. in a customs union with the EU to remove the need for checks until a permanent new trading relationship is in place. 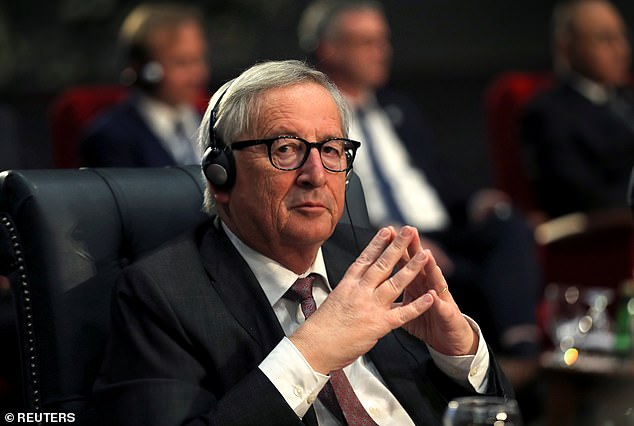 Emotions remain raw. That was evident Friday when Britain’s former Brexit Secretary Dominic Raab told the BBC about ‘the dishonorable way that (the EU) tried to bully us and shove us around.’

If a deal is agreed, the two sides will have to live and work together side-by-side.

Discussions about how the two sides will trade with each other in the future can only start after Britain formally has left the EU.

If May prevails and Britain leaves, some in Europe will be haunted by the failure to keep one of its most important members on board.

Plenty of blame to go around for Jaguars after another...
Ready for battle! The UK's 72-strong Invictus Games squad takes off to join Harry and Meghan
Incredible never-before-seen footage shows Steve McQueen behind the scenes on The Great Escape
Manchester City celebrate Premier League title triumph with fans at the Etihad Stadium
Can you spot the VERY well camouflaged rock wallaby?
Motorway exits that will cost you up to half an hour and £3.50 if you miss them
US Marine scientist behind hunt for Emilaino Sala is 'confident' he'll find sunken wreckage
Gatwick Airport: Flights cancelled and nearly 40 delayed