Three British heroes who helped take down a knifeman have revealed how they decided to intervene when they saw him covered in blood and brandishing his weapon.

Brothers Paul O’Shaughnessy and Luke O’Shaughnessy raced into the street with Lee Cuthbert on Tuesday after spotting the alleged killer from their office.

The trio, from Manchester, today told Good Morning Britain that they didn’t even consider remaining in their safe work place once they saw what was happening in Sydney. 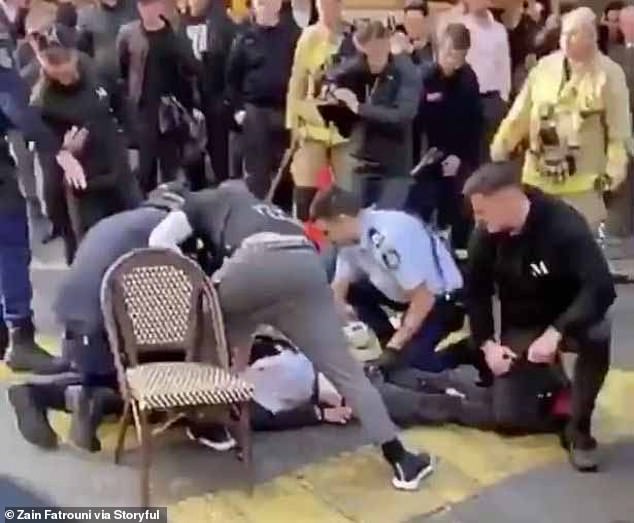 Luke said: ‘I heard a loud screech then a scream from a woman I looked out the window and saw a man holding a knife on top of a car covered in blood talking gibberish.

‘I was saying to the boys: ‘He’s got a knife. Whatever happens, we’ve got to go for him and help the others out really.’ 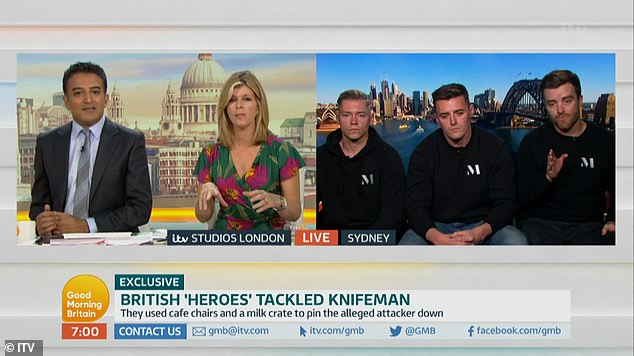 Mert Nay, 21, allegedly screamed Allahu Akbar (God is great in Arabic) and tried to stab people in the street. He is accused of slitting a woman’s throat moments before.

The three heroes used chairs and a milk crate to help axe-wielding firefighters bring the attacker down. 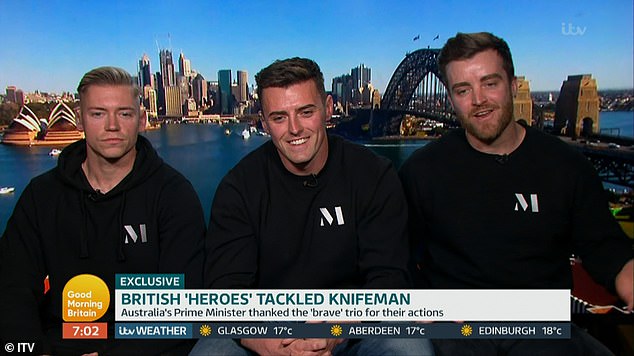 Pictured (left to right): Lee, Luke and Paul, who raced into the street once they heard a woman screaming in terror 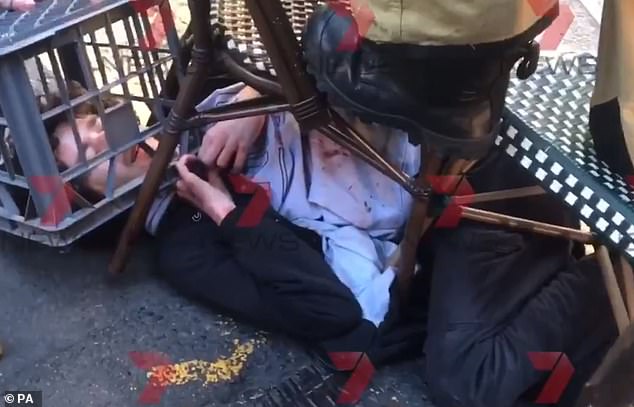 Lee added: ‘You’re not really thinking too much at all. It was pretty chaotic all round very surreal very surreal experience.’

Police say that the attacker had a history of mental illness. He was found to have a thumb drive containing details of mass-casualty white-supremacist attacks in the United States and New Zealand.

Luke told the show this morning that after they’d subdued the killer, he felt sorry as he looked down at him because he was obviously suffering from mental health issues. 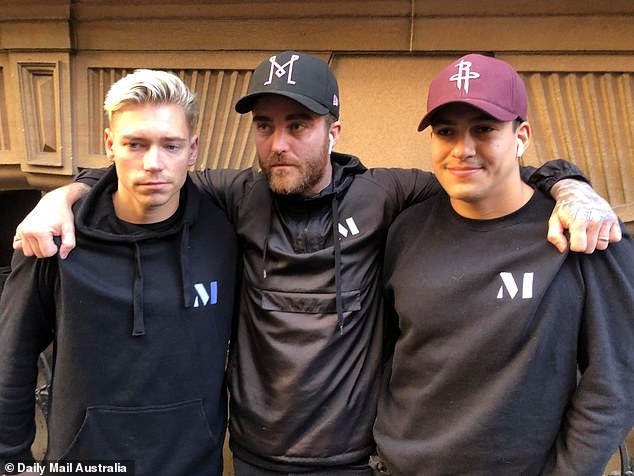 Three Britons have been hailed as ‘heroes’ by police after they helped detain the knifeman. Lee Cuthbert(left), Paul O’Shaughnessy (centre) and Luke O’Shaughnessy (right), all from Manchester, were working in the area when they heard the man attempting to stab several people outside

Woman reveals she finally has closure after her ex-boyfriend BIT OFF her lip
Will John Bercow BLOCK new vote on PM's Brexit deal?
A great day in Harlem: Every frame from iconic 1958 shoot of jazz artists published for first time
A cure for malaria? One-dose experimental drug cured 7 volunteers of malaria parasite
Teenager, 19, caught touching a 14-year-old girl in cinema is ordered to sign Sex Offender Register
US orders all non-essential government staff to leave Iraq amid escalating tensions with Iran
Chernobyl hero watched the HBO drama with 'tears in his eyes' before he 'took his own life'
Brazilian drug lord dresses in silicone mask and pretends to be his DAUGHTER in bid to escape jail