Three Britons and a South African have died after the small plane they were flying crashed near Dubai airport.

The DA42 aircraft crashed three miles south of the international airport according to the Dubai media office.

The UK-registered aircraft is owned by the US tech giant Honeywell. Initial indications suggest the crash was the result of a technical malfunction. 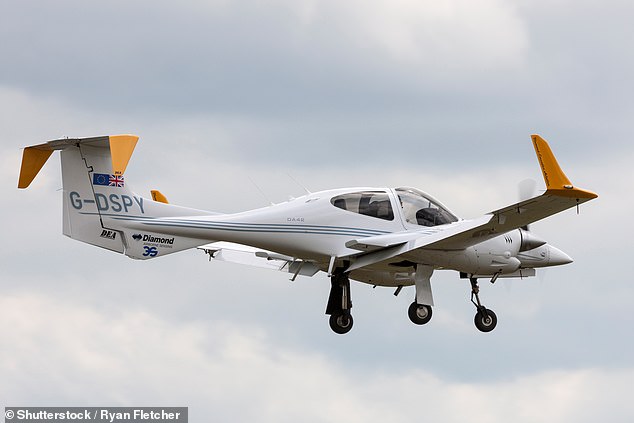 The crashed aircraft is believed to be a Diamond, DA42 similar to this. It crashed three miles south of Dubai airport according to local authorities

The DA42 has twin diesel-powered engines.

A spokesman said: ‘All operations at the Dubai airport are running smoothly after a slight delay and diversion of some flights as a precautionary measure to ensure security,’ it added.

Dubai’s international airport is one of the world’s busiest aviation hubs.

The aircraft was on a mission to calibrate terrestrial navigation systems at the airport, the statement said.

An investigation is underway.

Air traffic at the airport has since returned to normal, it said.