Three men have been stabbed to death in a horrific knife attack in London.

Emergency services were called to Elmstead Road, in Seven Kings, Ilford, at 7.38pm, after reports three men in their 30s had been attacked.

All the victims were pronounced dead at the scene. 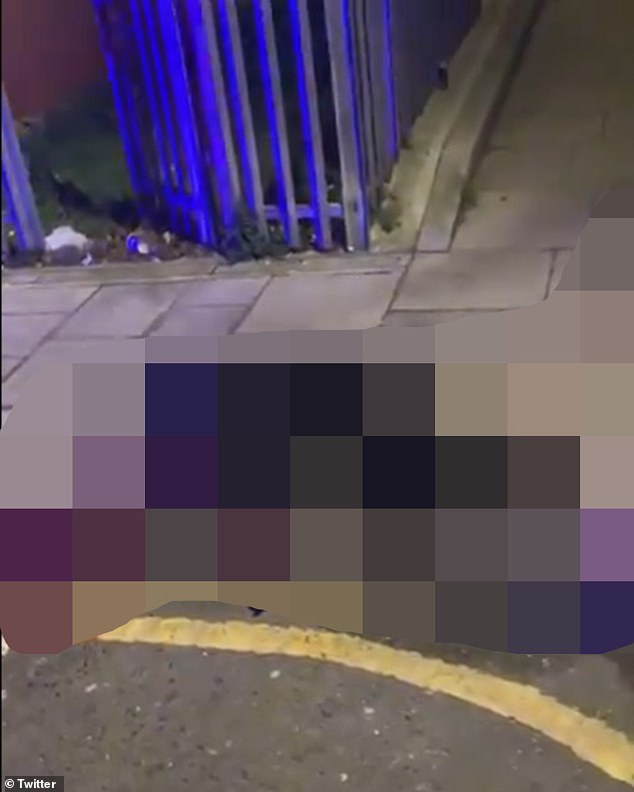 Cruiserweight professional boxer Wadi Camacho shared a short video of the aftermath, which is understood to have taken place in Seven Kings, Redbridge

Former cruiserweight professional boxer Wadi Camacho shared a short video of the aftermath of the incident on social media.

The gruesome footage shows a person on the street, not moving, with blood on the pavement and in the road.

The man, who does not appear to be moving in the video, was found just around the corner from Elmstead Road.

In a follow up tweet Mr Camacho said: ‘Trust me they are gone. The 2men eyes fully open not moving and bleeding from his neck. Bloody everywhere.’

He also implored his followers to be careful if they were in the area this evening. 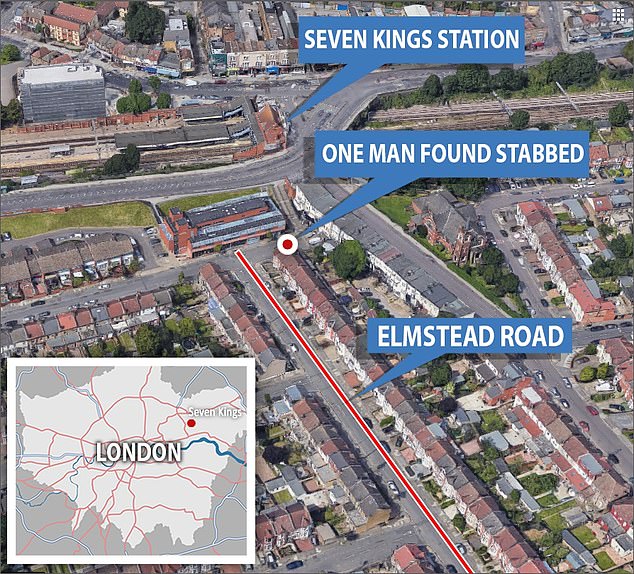 A graphic showing where one of the men was found after the incident on Elmstead Road, this evening 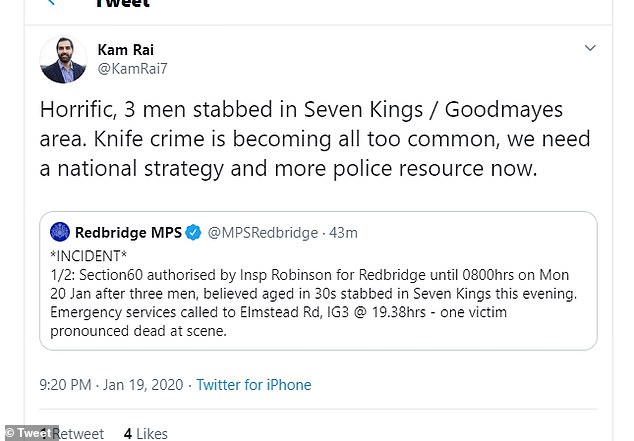 ‘Knife crime is becoming all too common, we need a national strategy and more police resource now.’

Chief Superintendent Steve Clayman, Commander of the Met’s East Area BCU, said: ‘While enquiries into this tragic incident are at an early stage, this is likely to be a triple homicide investigation.

‘I must retain an open mind as to any motive as we are in the early stages of establishing the full circumstances.’

A Met Police spokesman added a Section 60 has been authorised for the whole of Redbridge borough until 0800hrs on Monday, 20 January.

This enables police to execute the powers without reasonable grounds of suspicion if they anticipate serious violence.

No arrests have been made.