Three people questioned over a large fire at a former cattle market have been released.

The blaze at Nottingham Cattle Market in Meadow Lane was thought to have been started by fireworks and caused significant damage to around six businesses at 5.40pm on Sunday, Nottinghamshire Police said.

Around 100 firefighters tackled the fire, which was eventually put out on Monday morning. 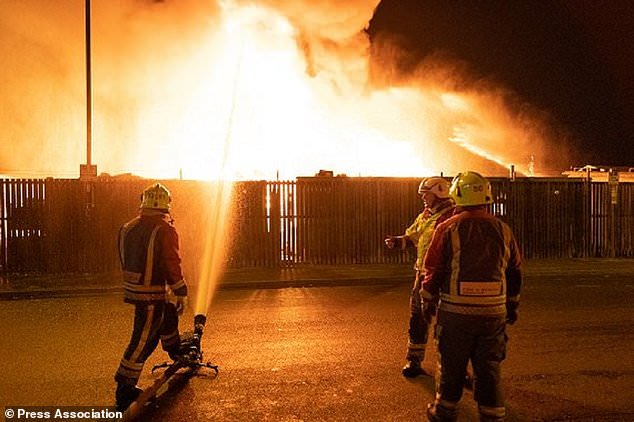 Two men, aged 18 and 25, and 25-year-old woman were arrested on suspicion of arson on Tuesday afternoon and later released under investigation as officers continued their inquiries.

After the blaze was brought under control, Incident Commander Simon Glew of Nottinghamshire Fire and Rescue Service said: “This was a significant fire, and our crews worked through the night to bring the incident under control, and our praise goes to them for their hard work in keeping the public safe. 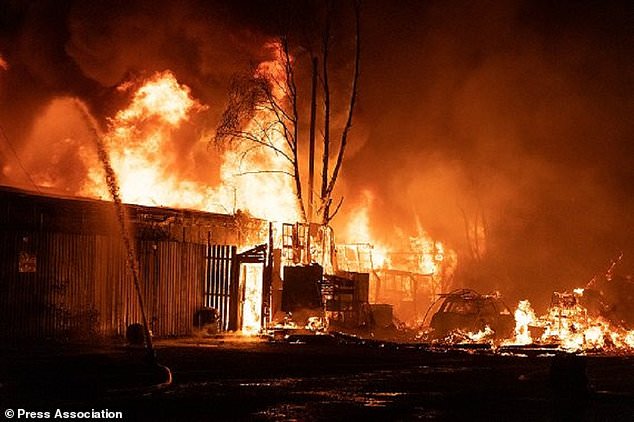 “The fire involved a number of buildings and an investigation is now taking place to determine the cause of the fire.

Mr Glew added: “The incident has had a safe resolution, and we would like to thank the public and commuters in the area for their patience whilst we have dealt with this.”

Eight students are injured when two classmates open fire at Denver high school
European Union not trying to keep Britain in, says Juncker
Germany 'skeptical' on Kosovo-Serbia border correction...
White Island volcano body retrieval mission begin on Friday despite chance of eruption
Strictly's Shirley Ballas responds to Karen Clifton gaffe and calls the blunder 'live TV'
Twinings overtakes PG Tips to become UK's best-selling tea brand
British ISIS doctor begs to be allowed back into the UK because of 'what he did for the NHS'
The Latest: Australia, US congratulate Harry and Meghan