This is the moment two young thugs grab a startled Professor Chris Whitty and put him in a headlock as they harass him in a London park.

Throughout the terrifying confrontation, the Chief Medical Officer looks extremely concerned as the two men grab him round the shoulder and yell into the camera in St James’ Park.

The footage has prompted calls for scientific advisors to be given the same level of protection offered to senior politicians.

The Met Police have confirmed they are aware of the footage and are investigating the circumstances.

In the video, which has been widely shared on social media, the two men begin cheering and yelling when the camera starts rolling.

They both appear to be attempting to restrain Prof Whitty who struggles to get free from their grasps.

While one of the men continues to yell at the camera, another can be heard saying: ‘Please, sorry, one photo.’ 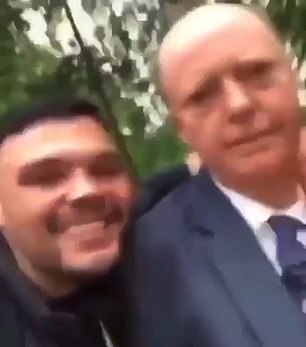 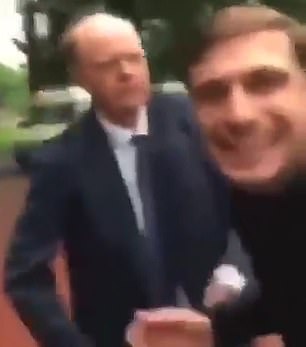 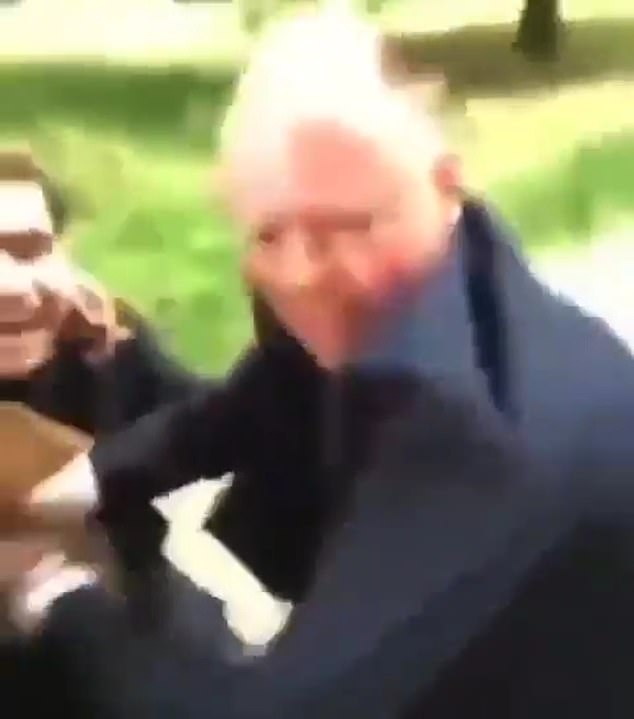 During the terrifying video, Prof Whitty looks concerned as he tries to escape their grasp

Prof Whitty continues to look concerned at the camera while he attempts to get away from the two men who repeatedly try to grab him and film him.

As the video ends, a voice off camera can be heard saying: ‘Leave the gentleman alone.’

The footage was filmed on Sunday evening and the Department for Health has been contacted for comment.

A spokesman for the Met Police said: ‘We’re aware of a video being shared online showing an incident in St James’ Park on Sunday, June 27.

‘Officers spoke to all those involved at the time and their details were taken.

‘We are in contact with the victim and the circumstances continue to be investigated.’

The video has been condemned by vaccine minister Nadhim Zahawi, who tweeted: ‘This is disgusting and these thugs must be found and charged.

Others have also criticised the incident, which has been viewed more than 575,000 times, and called for an investigation and greater protection for the country’s leading advisors.

Presenter Adil Ray said on Twitter : ‘This is an utterly disgusting way to treat a person who has devoted his time to save our lives.

‘These complete and utter imbeciles must be found and dealt with. Meanwhile Boris Johnson please provide Chris Whitty with security.’

News presenter Simon McCoy added: ‘This is a complete disgrace. Chris Whitty should be protected from idiots like these.’

Channel 4 news presenter Krishnan Guru-Murthy shared the footage and wrote: ‘It should not be hard to identify the men harassing Chris Whitty in this video.’

Former chief prosecutor Nazir Afzal wrote: ‘I won’t share the Chris Whitty being abused video, but I know that if he was the statue of someone with a dubious past, he would have a dozen strong security detail The offenders were radicalised by others – they share the blame

‘This is just the latest incident of harassment involving the Chief Medical Advisor.’

Earlier this month, Professor Whitty was harassed in the street by a man accusing him of lying to the public about coronavirus.

Professor Chris Whitty was harassed in the street again by a man accusing him of lying to the public about coronavirus. Pictured: Still grabs from a video shared to Facebook this month

In a video apparently filmed and shared online by the person who confronted Mr Whitty in Oxford, the government’s Chief Medical Advisor was shown walking briskly down a street as he was followed and bombarded with questions.

The person filming, identified on Facebook as Geza Tarjanyi, is a family DJ and producer who has become known online for his activism against fracking, and against mask wearing as well as other public health Covid measures during the pandemic.

‘Oxford-AstraZeneca right in the centre – what a surprise you’re here. Come speak to us Chris, come speak to the public – you’re the expert,’ the DJ is heard saying. 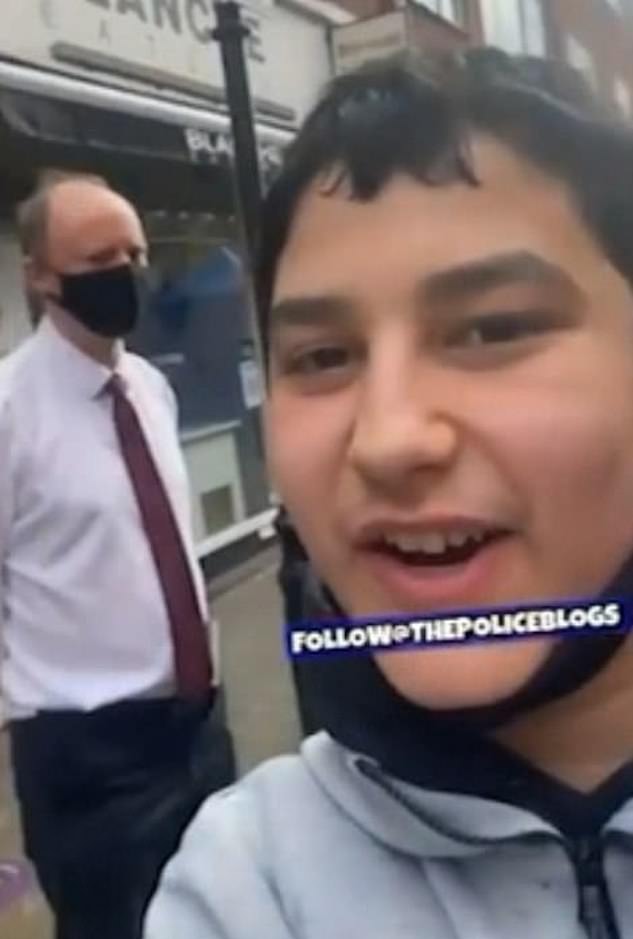 In February this year, a young man confront Prof Whitty in Westminster and accused him of lying about the pandemic while filming a video on his phone for the social media site TikTok

‘Is Bill Gates funding this?’ Mr Tarjanyi asks, after accusing the CMO of lying and after rattling off a variety of other unproven theories about the government’s pandemic response.

Mr Whitty, wearing a suit and backpack while carrying a briefcase, is shown hurrying down the road away from the man filming and refusing to reply to his comments.

At one point, England’s CMO is shown stopping beside a police van to ask if the officers can stop the man following him.

‘These gentlemen don’t seem to want to leave me alone at all,’ Mr Whitty is heard saying to the officers in the van, but he quickly continues down the street away from the person holding the camera who continues following him.

The same man, Mr Tarjanyi, 60, of Leyland, Lancashire, then harassed Jonathan van Tam – the Deputy Chief Medical Officer  – as he walked into the Ministry of Defence building in Westminster weeks later. 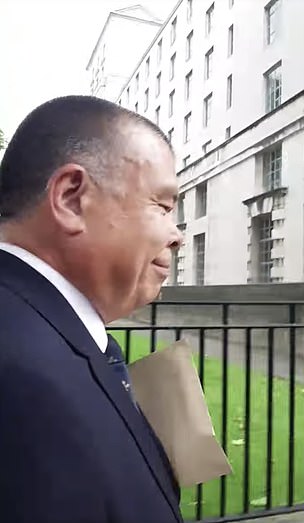 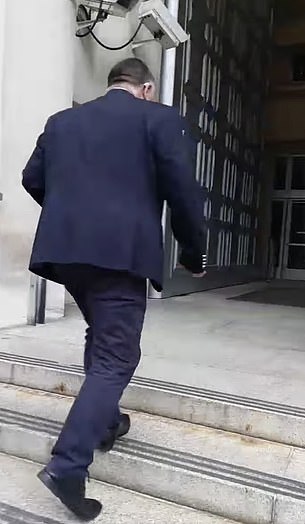 He also asked him ‘what was really in that needle that you put into Matt Hancock‘, in relation to Professor Van-Tam giving the Health Secretary his first Covid jab in April.

In February, a TikTok user again confronts Prof Whitty while he is walking down the street and films himself interrogating the government advisor.

The film, shared on social media platform TikTok yesterday, shows Mr Whitty saying hello to passers-by but he refuses to be goaded by the youth who films the scientist standing in a queue while saying: ‘You’re a liar. Mandem is a liar. You lie about the Covid-19 cases man. Stop lying to the TV’.

At the time Prof Whitty dismissed the incident and later told a Downing Street briefing: ‘The odd young lad, showing off, occasionally happens.’

He added: ‘I’m sure he’ll become a model citizen in due course and hopefully more like Captain Tom, who is the kind of person who I think much more exemplifies the spirit of the UK.’

Do you know these men? Get in touch by email at tips@mailonline.co.uk 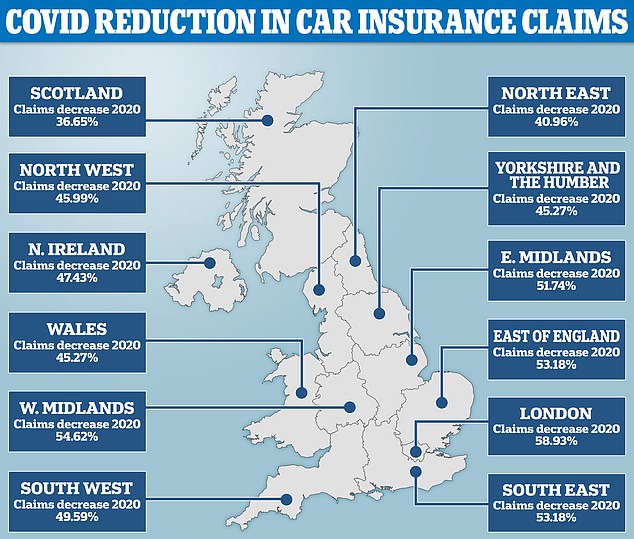 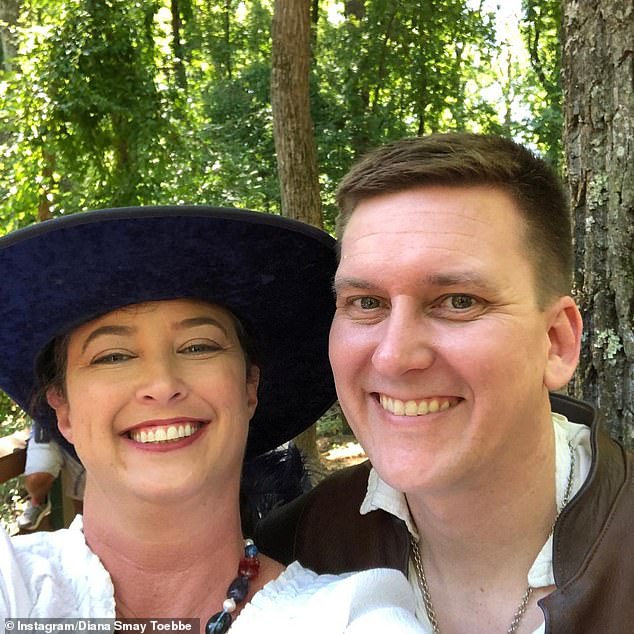 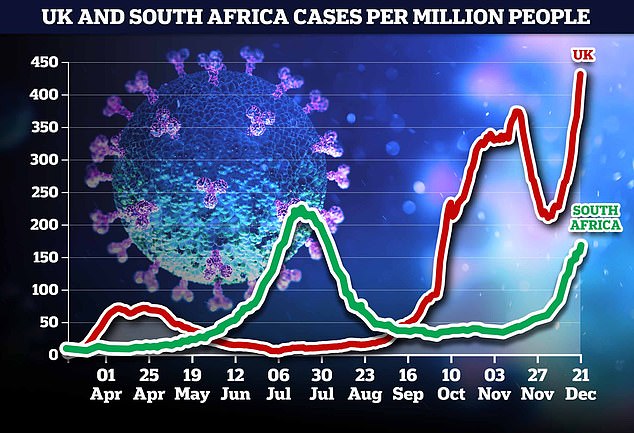 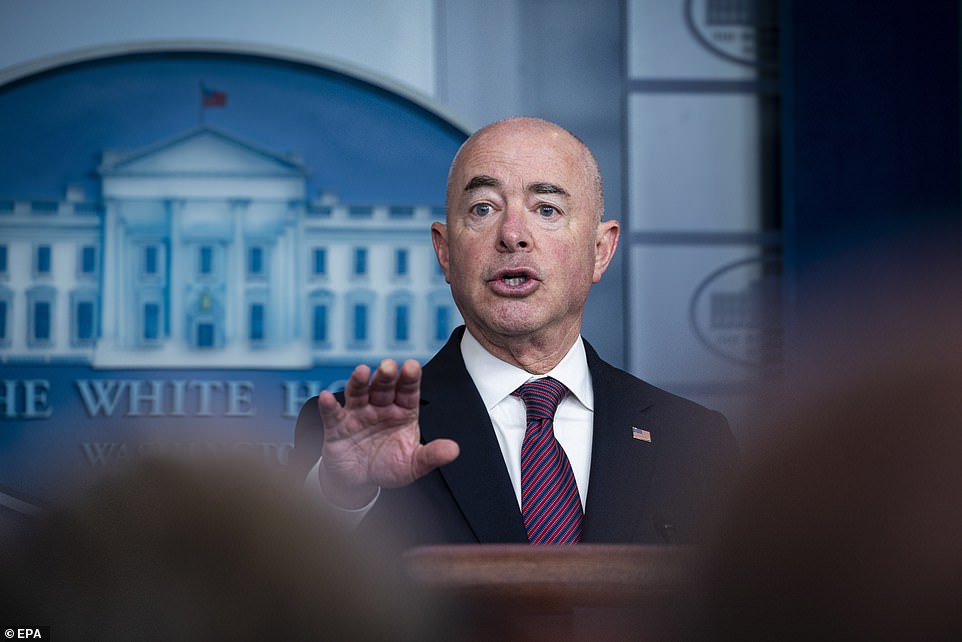 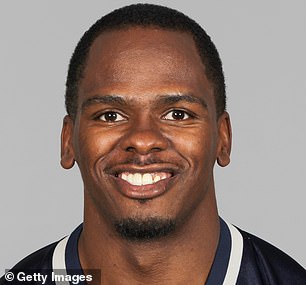 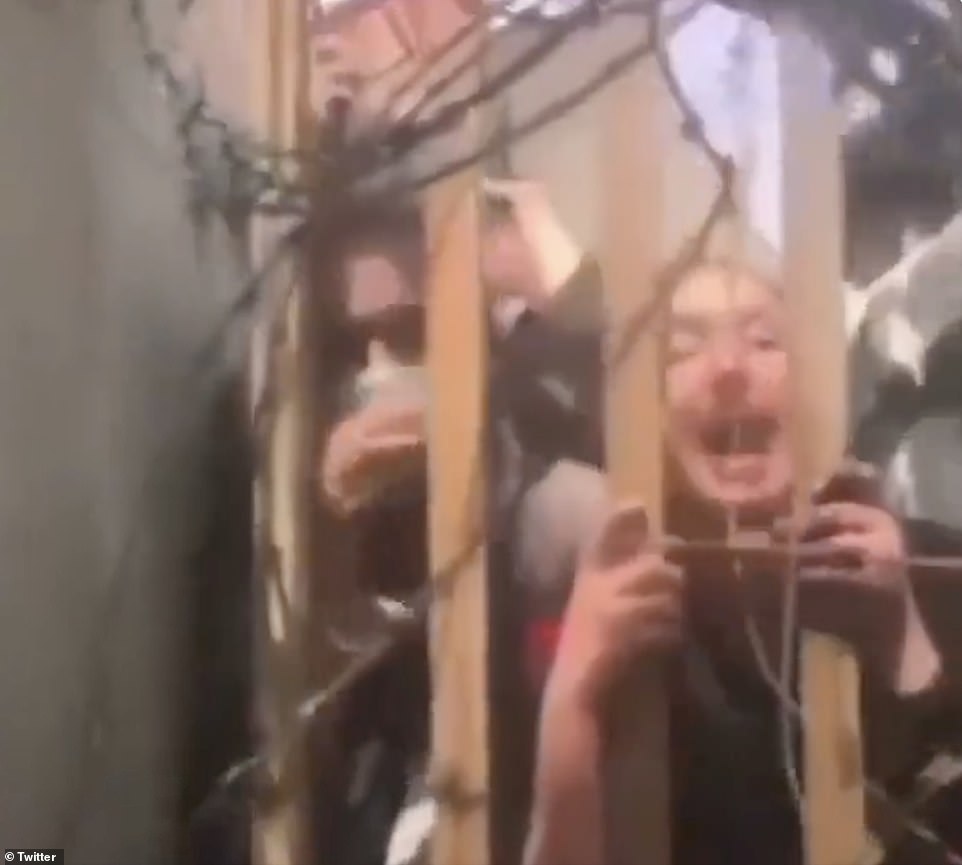 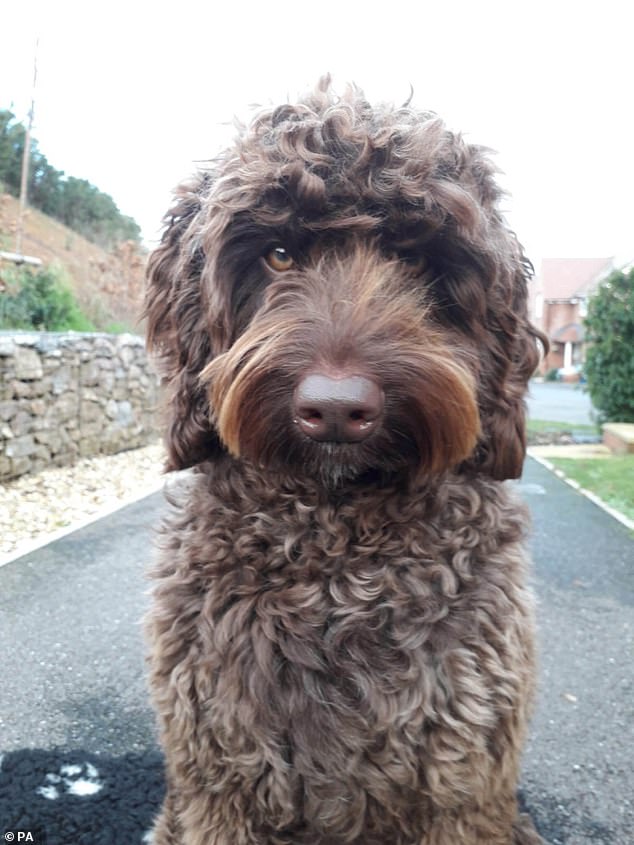 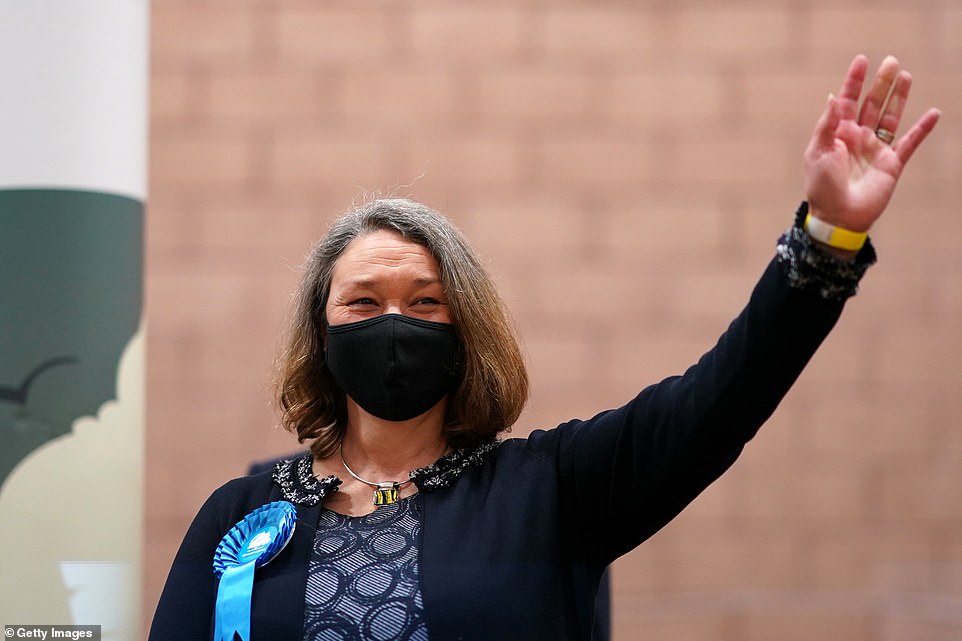