Tiger Woods has taken the lead on the final day of The Masters with just a handful of holes left in the tournament.

Woods, 43, caught up with tournament leader Francesco Molinari on the 12th hole at Augusta National Golf Club in Georgia on Sunday, when Molinari double-bogeyed on a shot into the water.

On the back nine, there was at one point a five-way tie for first place, with Woods, Molinari, Xander Schauffele, Brooks Koepka and Dustin Johnson all sitting at 12 under par. 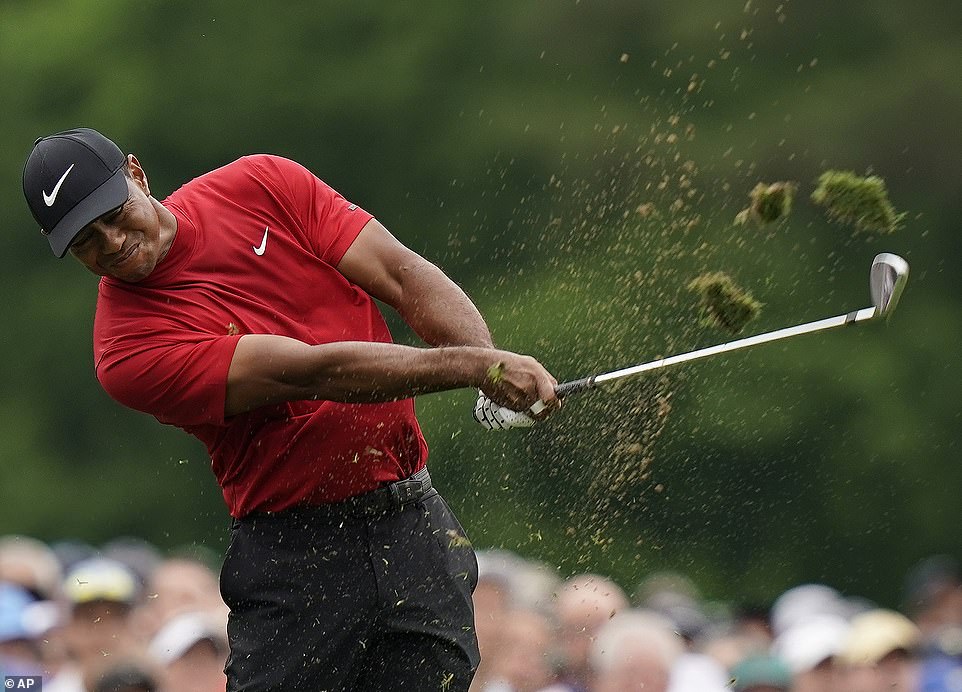 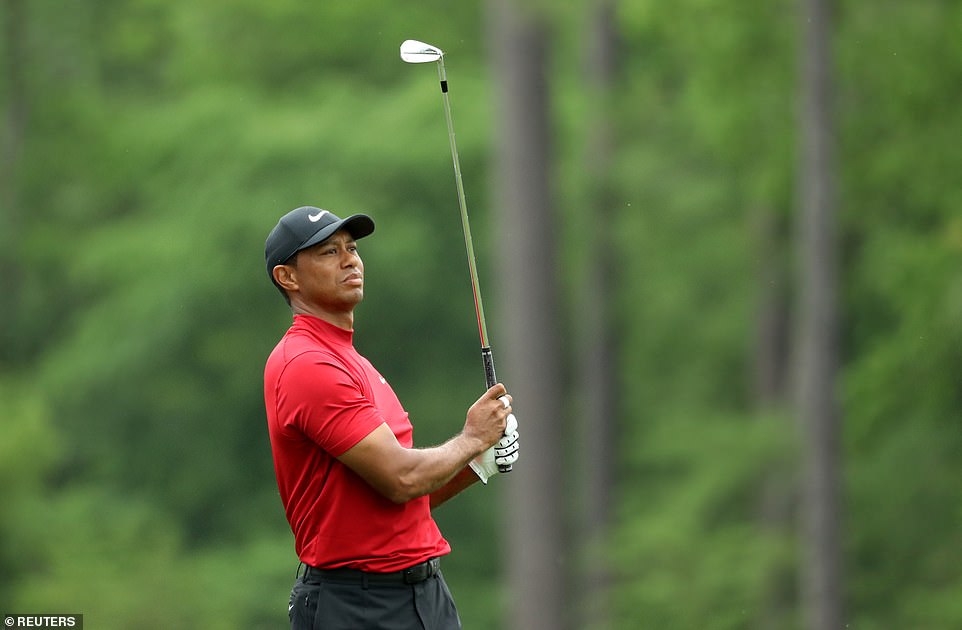 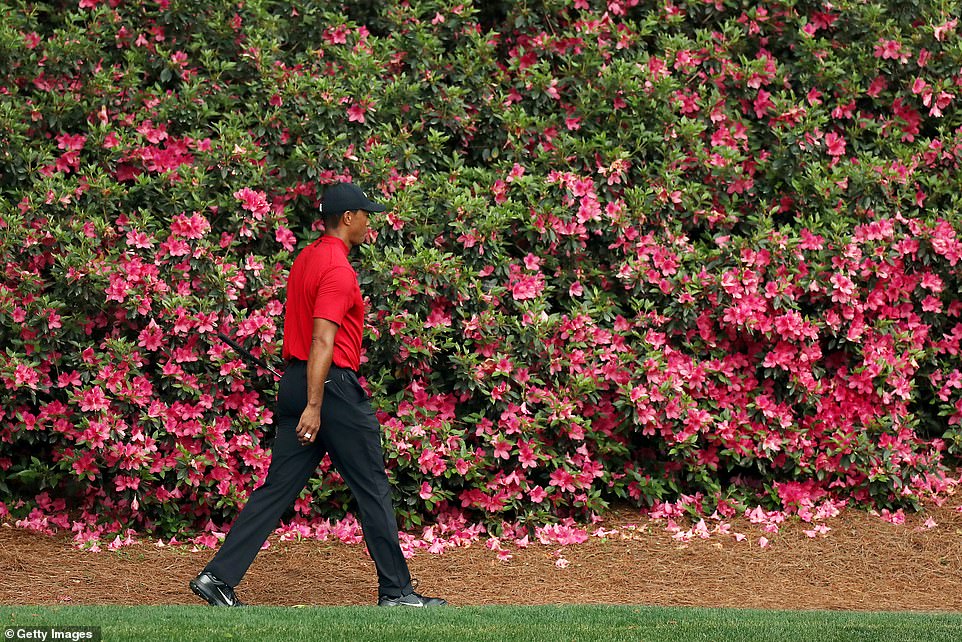 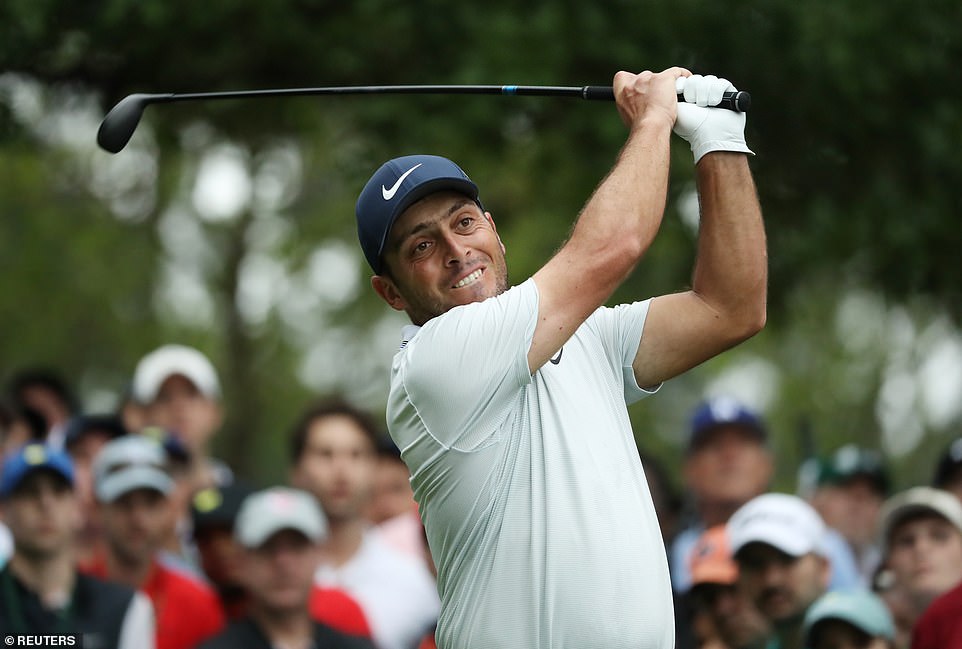 Francesco Molinari of Italy in action on the 4th hole during final round play. He entered Sunday leading the tournament

Woods was wearing his trademark final-round red shirt for the tournament’s last day.

It would be Woods’ first green jacket since 2005, which was his fourth win at The Masters.

Woods has suffered from injuries and persistent back pain in the interim, and has undergone four back surgeries including a spinal fusion.

At one point, he said he did not know if he would be able to return to the PGA Tour. 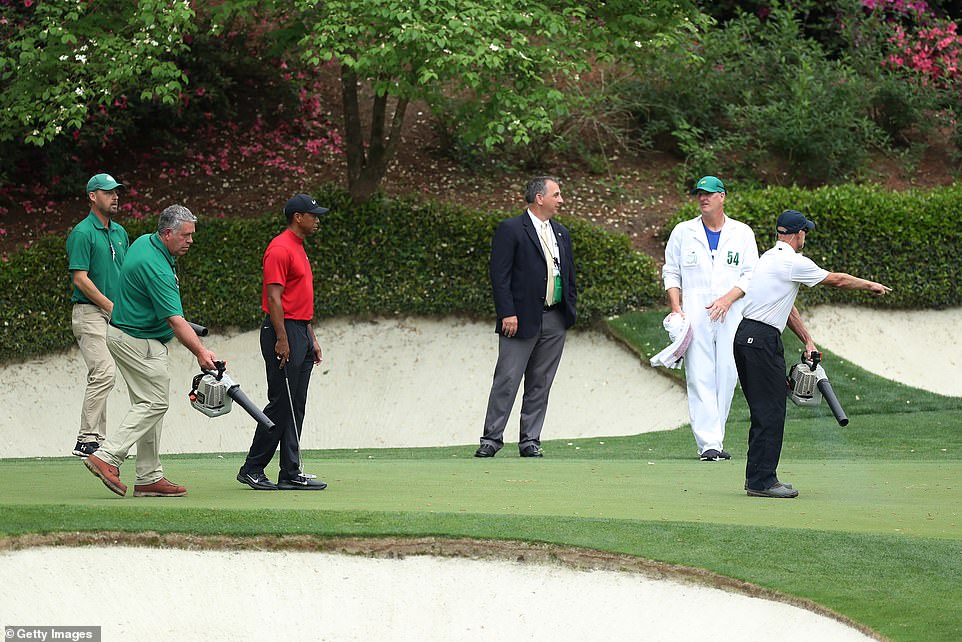 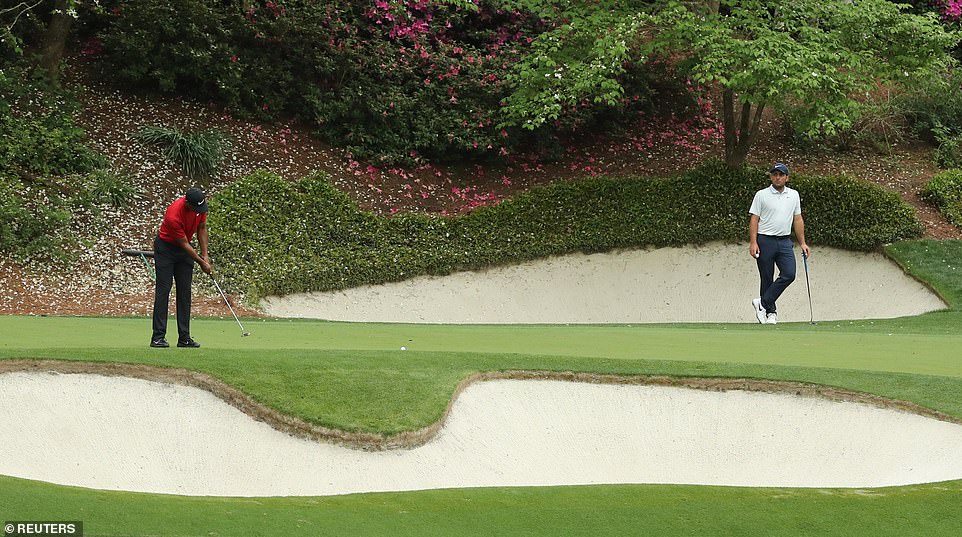 Woods makes a long putt on the 12th green as Molinari looks on. Woods was par for the hole while Molinari had a double-bogey, allowing Woods to tie 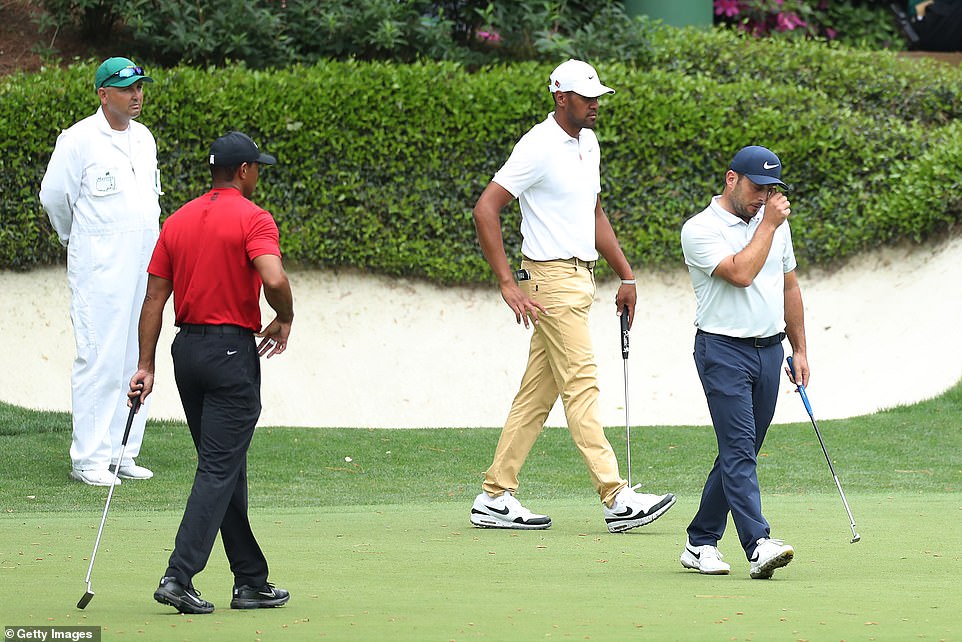 Francesco Molinari of Italy (right) reacts to his double bogey on the 12th hole, which allowed Woods to tie him for the lead

Scandal hit in 2017, when he was charged with DUI in Jupiter, Florida.

He said he had been taking prescription drugs without realizing the side effects, and was sentenced to probation after pleading guilty to reckless driving.

Wood’s phenomenal comeback was staged under the threat of storms as a severe weather system moved across the South.

In a desperate attempt to get the season’s first major across the finish line before the storm hit, officials pushed up start times and sent golfers off in threesomes from both the first and 10th tees.

Floodlights cast shadows on the practice range as players warmed up in darkness before the final round started at 7.30am.

Woods said he got up by 4am to start stretching a body that has been slowed by four back surgeries.

The 25 most-watched TV shows of the decade are revealed
TALK OF THE TOWN: Emma spreads the words
JAN MOIR: Oh what a joy it is to glimpse celebrities' knick-knacks!
Trump holds Situation Room briefing and promises 'measured' response on Iran
Sarah was repeatedly raped, twice forced into marriage and had EIGHT abortions
Halle Berry leads a slew of stars trying the 'Dolly Parton social media challenge'
Harry and Meghan to call time on illegal poaching of prized shellfish facing extinction
Final location of Darwin´s ship HMS Beagle given protected status