I’ve voted Conservative at every general election. Over the last few decades I’ve celebrated a few victories and drowned my sorrows after a few defeats. But no electoral victory caused me more delight than the outcome of the June 2016 referendum.

If, somehow, I was ever forced to choose between Brexit happening and a Tory government being elected I’d have no hesitation in choosing Brexit. General elections, after all, come round every four or five years. The Remain versus Leave question is of much more enduring consequence.

It’s about whether the world’s oldest parliamentary democracy largely governs itself or, instead, whether it commits itself to increasing submergence within a European project that year-by-year, treaty-by-treaty seeks to become an ever more powerful and domineering superstate.

In other words: in the great debate that has so painfully divided our country over the last two years I don’t sit on the fence.

But unlike my good friends within the Eurosceptic movement – like Boris Johnson, David Davis and Jacob Rees-Mogg – I’m backing the deal that Theresa May has struck with Brussels. 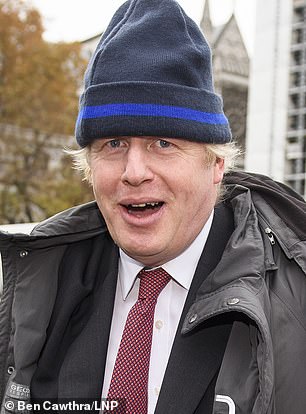 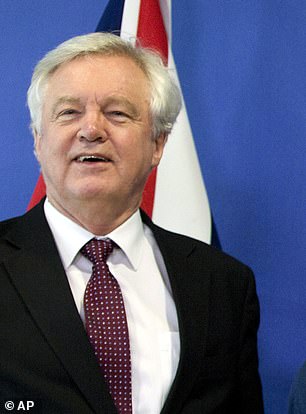 And not only do I find myself in the uncomfortable position of disagreeing with Eurosceptic allies, I am gravely worried that their rejection of May’s deal could mean that Brexit does not happen at all.

Yesterday, for example, Jacob Rees-Mogg claimed that the 585-page Withdrawal Agreement did not add up to a ‘proper Brexit’. It’s true that the compromises Mrs May has made may mean it’s a semi-skimmed, not-quite-gold-top Brexit. But it’s definitely a big step towards what 17,410,742 Britons voted for. 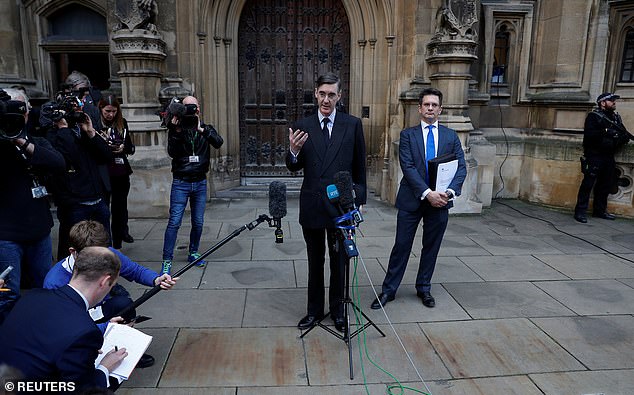 And it certainly takes giant leaps towards fulfilling the two biggest promises made by the Leave campaign. First and foremost it will give us control over immigration. The British government and people will decide who comes into Britain; where they come from; how many come; and how long they stay.

Second, once the uncomfortably large divorce bill is settled, we can look forward to a bonanza for the NHS and other public services. Over each coming decade we’ll have at least £100billion more to spend on our priorities rather than the priorities of the Brussels bureaucracy.

By falsely complaining that the deal amounts to a fake Brexit, Leave-supporting MPs and campaigners are in danger of aiding and abetting staunch Remainers, such as Tony Blair, Alastair Campbell, Gina Miller and Vince Cable, who want a second referendum. 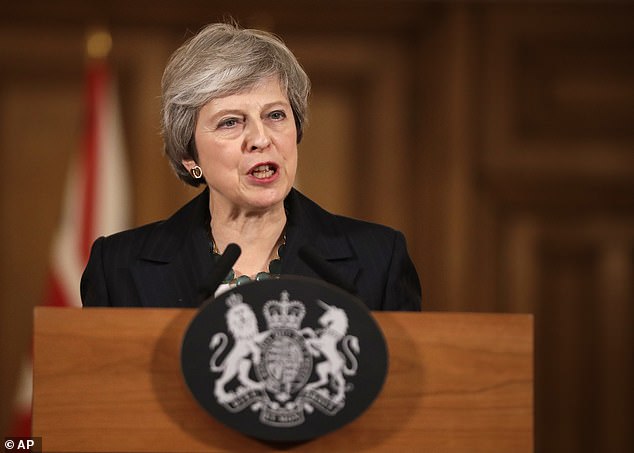 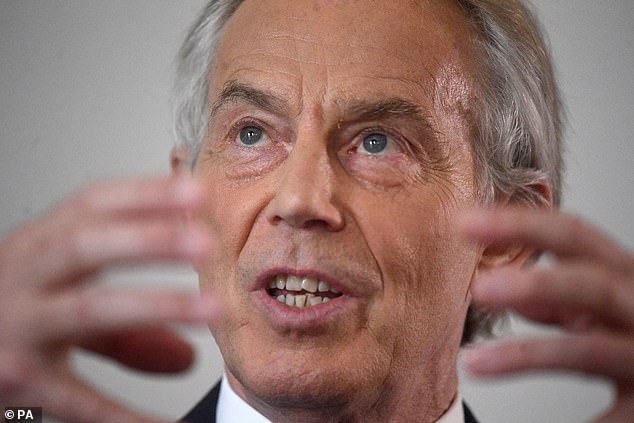 Both sides use the same language, constantly rabbiting on about how voters have been betrayed or deceived. By doing this, Brexiteers are shooting themselves in the foot.

For any sense that voters have been duped out of a meaningful Brexit will simultaneously delegitimise the outcome of the first referendum and increase the calls for a re-run of the vote. While I think Leave could win that re-run, it’s not certain. Brexit would certainly be in jeopardy – and unnecessarily so.

I’m not arguing that Brexiteers’ objections to Mrs May’s deal are without any merit. There are real weaknesses in the draft text. The biggest problem is the somewhat unequal treatment of Northern Ireland, which would remain in the single market for the foreseeable future. A party that is officially titled the ‘Conservative and Unionist’ party should not be treating any of the UK’s four nations in unequal ways.

How the day of Brexit chaos unfolded in Westminster

7.32am: Shailesh Vara quits as junior Northern Ireland minister, claiming the deal leaves Britain in a ‘half way house’

8.53am: Dominic Raab resigns as Brexit Secretary, saying the ‘indefinite’ backstop threatens to break up the Union

9.58am: Esther McVey goes as Work and Pensions Secretary, lashing the PM for a deal that ‘does not honour the result of the referendum’

10.17am: Suella Braverman quits as junior Brexit minister, warning the ‘concessions do do not respect the will of the people’

10.20am: Anne-Marie Trevelyan quits as an aide to the Education Secretary because the deal is ‘unacceptable’ to Brexit voters

10.30am: Theresa May rises in the Commons to present her Brexit deal to MPs insisting it is the best deal that could be negotiated and is in the national interest. She is battered by hostile questions on all sides for almost three hours.

11.23am: Brexiteer ringleader Jacob Rees-Mogg uses his Commons question to condemn the deal and warn Mrs May she has lost his confidence.

12.35pm: Ranil Jayawardena resigns as aide to the Justice Secretary saying the deal ‘does not deliver a good and fair Brexit’.

1.44pm: Mr Rees-Mogg appears outside Parliament to announce he and the European Research Group are sending letters demanding a vote of no confidence in Theresa May. He dramatically names a series of possible successors to deliver a better Brexit – but insists it is not a coup and he is not a candidate

2.58pm: Rehman Chisti goes as the PM’s trade envoy to Pakistan, saying the deal is ‘contrary to our manifesto commitment’

5.22pm: Theresa May holds a Downing Street press conference vowing to see her deal through and insisting she is acting in the national interest. She defiantly says she is working to get the best deal available and MPs will have to consider their own position when it comes to a vote.

6.48pm: Aid Secretary Penny Mordaunt leaves No 10 in a Government car having not resigned despite rumours she might.

Another big weakness is the fogginess of the proposed escape route from the EU’s customs union. If that route is as hard to escape from as some Brexiteers fear, we risk being unable to negotiate the economy-boosting trade deals with America, Japan, Korea, Australia, China and other parts of the world that are growing much faster than the high unemployment states of the EU.

Who, though, is to blame for those weaknesses in the Agreement? Is it Mrs May? Of course, part of the answer is ‘Yes’. But so are Brexiteer MPs and ministers who waited until this 89th minute of the negotiating window to start shouting ‘not good enough’.

I was shouting ‘not good enough’ 18 months ago – after Mrs May mishandled the general election and threw away the Commons majority she inherited from David Cameron. I was worried that a leader who couldn’t draft an election manifesto without making errors as catastrophic as the infamous ‘dementia tax’ was not suited to master the most challenging negotiations Britain has faced in the post-war period.

Tory MPs ignored my advice, however, and kept Mrs May in place. I shouted ‘not good enough’ again after she signed up to the £39billion divorce bill before she had received any bankable commitments from the EU’s chief negotiator, Michel Barnier, about what kind of trade deal Britain would get in return. Again, with sand slipping through the Article 50 hourglass, Brexit MPs did nothing.

The last chance probably came in the summer – in the weeks after Mrs May held her infamous Chequers summit and set out the shape of the deal she wanted. If Dominic Raab, Esther McVey and others who resigned yesterday had done so at that time – following the lead of David Davis, Boris Johnson and Steve Baker – Mrs May might have had to harden her negotiating position and Parliament might now be scrutinising a more Leave-friendly deal. But they didn’t.

I fear that there simply isn’t enough time to reopen the deal.

But worryingly, there still is time for currency and stock markets to create havoc for UK businesses, investors and tourists. If the hard-Brexiteers look like they are about to scupper the Prime Minister’s exit deal, the judgment of markets might be harsh and the Tory reputation for competent economic stewardship could be shredded.

Although this could lead to a Corbyn government, Labour shouldn’t smile at this prospect either. The whole nation’s faith in democracy might be badly shaken if Team Corbyn joins Brexit purists in opposing the only deal that Brussels appears willing to put on the table. 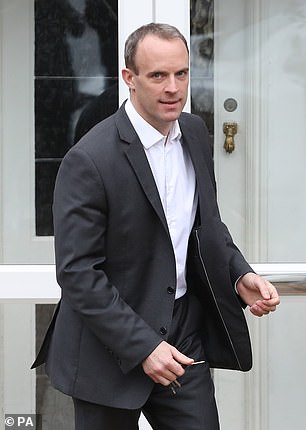 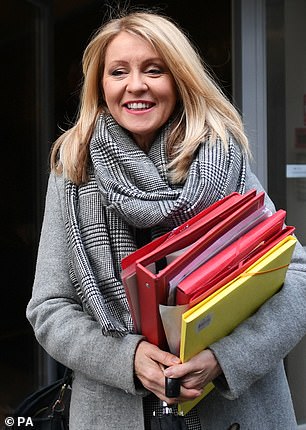 Brexit Secretary Dominic Raab (left) dropped the bombshell news on the morning after the PM forced the terms of her proposed plan through Cabinet in a stormy five-hour meeting. Esther McVey (right) followed suit with her resignation shortly afterwards

The main threat to Brexit doesn’t come – any longer – from diehard Europhiles like John Major and Ken Clarke. It doesn’t come from the irresponsible campaigners for a second referendum who would rather stay in the EU than honour the political class’s promise to respect the result of the 2016 vote.

Brexit is now most in danger from uncompromising, Leave-supporting MPs – who failed to stand up for their beliefs when there was still time for Mrs May and the Government to change course and have waited until the clock is about to strike midnight.

In fairy tales you can wait until the last hour and a happy ending is still possible. But this is the real world.

And the drama we’ve all been witnessing over the last 24 hours is no fairy story.

Denmark rail crash may have been caused by beer crates, police say
Speedboat killer Jack Shepherd is set to launch his appeal today
The 27 cars new on sale with terrible all-round visibility
Prince Harry and Meghan Markle appear at JP Morgan event
Filming on Anne Hathaway's new movie 'The Witches' suspended after stabbing
Construction worker using a portable toilet is blown over while still inside
Dangerously cold temperatures claim seven lives across the Midwest
Man arrested after woman in her 20s died after being found seriously injured in north London street