Another mini-heatwave looms and an alfresco tipple or two seems only polite. But what shall we drink?

This summer’s most fashionable thirst-quencher combines prosecco-like bubbles with the floral aroma of a white wine, and might just be Britain’s best-kept secret.

Once hailed by Napoleon as ‘England’s champagne’, perry — or pear cider, as it’s sometimes called — has quietly become 2019’s most sophisticated fizz.

Perry has been around for centuries — in fact, Babycham, found in drinks cabinets across the nation in the Sixties and Seventies, is a sparkling perry — but over the years it fell out of favour. 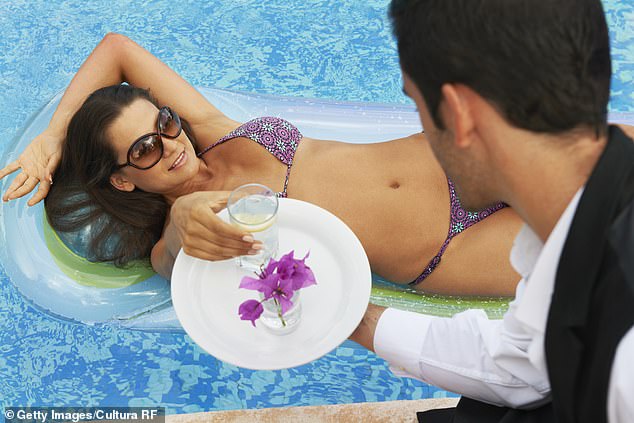 However, our thirst for all things sparkling has grown in recent years, thanks to the success of prosecco. And sales of perry are set to benefit as a result.

Today perry has been given a hip, artisanal makeover, with producers using particular vintages and varieties of perry pear (there are more than 100, with wonderfully evocative names such as Merrylegs) to create varying styles, from the chic and bone dry to the elegant yet lusciously sweet.

It ticks the fashionable low-alcohol box, too, at anything from 3 per cent ABV to just under 8.5 per cent; even at the higher end of the scale, it’s a naturally light option compared to most wines. What’s more, it’s refreshingly good value, starting at just over £2 a bottle, even in Waitrose!

Here, as Inspire’s drinks expert, I pick out my summer selection… 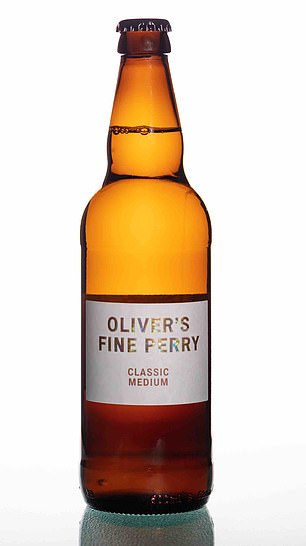 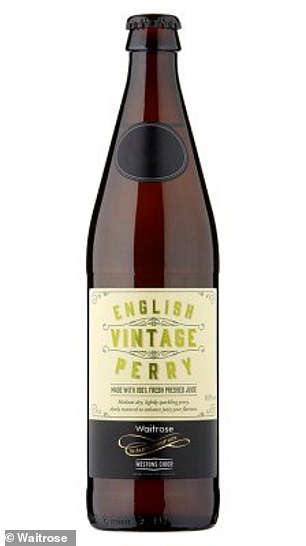 Tom Oliver has been making award-winning cider and perry at his farm in Herefordshire for 20 years, and his philosophy is all about letting the fruit do the talking. This has a nicely rustic note to it, with soft, ripe stone fruit flavours.

It’s sweet, but with a kick of freshness to balance it. Keep talking, I say. 5/5

Made in partnership with one of the biggest names in apple cider, H. Weston & Sons in Herefordshire, this is a vintage take on perry with pears from just one year.

Medium-dry in style with a light sparkle, this is fairly robust with a snap of green fruit, lashings of lemon-like acidity and a good slug of alcohol. If you like fuller flavours in your glass, this is for you. 3/5

From Monmouthshire, made by the mop-haired producer Ben Culpin and his wife Steph, this perry comes from just one variety of pear, Blakeney Red.

They let natural yeasts do their thing before leaving it for six months to mature and mellow.

Lightly sparkling and medium in style, this is more like a wine than cider, with a hint of tropical fruits on the palate. It’s just won a gold medal at this year’s International Cider Challenge. 4/5

Keeving is a process used in perry (and cider) production to stop fermentation before all the sugars have been converted to alcohol, leaving the juice with some natural sweetness.

This one’s golden in colour and is so delicious — one sip and you’re transported to the middle of an orchard on a sunny day. A lesson in what makes a good perry. 5/5

The label may have a bright, modern feel about it, but what’s inside stays true to Allen Hogan’s traditional approach, learned in his early cider-making days from a neighbour in Warwickshire.

Made from 100 per cent English pears, this is really light and frothy with a touch of parma violets and lemon sherbet. Delightful. 4/5

From a small, family-run cidery (as they call it), this is their Single Tree Perry, slowly fermented with wild yeasts and then aged in oak. It’s still, rather than sparkling, so feels heavier on the palate.

But if you want to get a taste of full-on earthy perry fruit, this is a great way to do it. 3/5 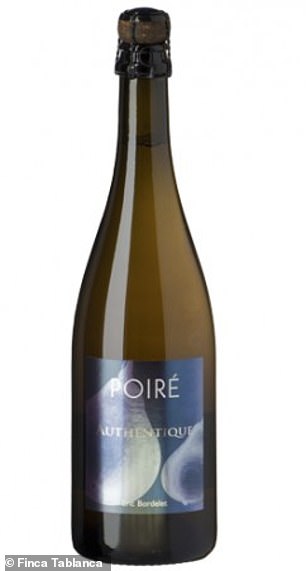 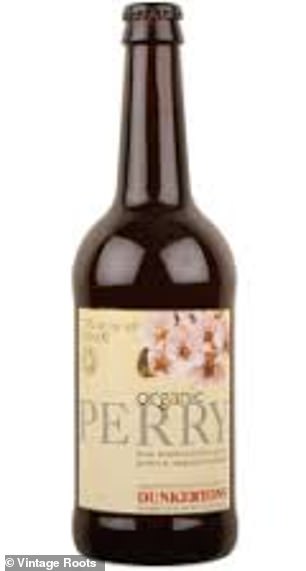 Founded by his parents, Ivor and Susie, in Herefordshire back in 1980, Julian Dunkerton — also the founder of fashion label Superdry — now oversees the company. It has its own organic perry orchard with more than 12 varieties.

This is gorgeous, really floral and with more fizz than most. There’s a touch of sweetness but it still feels super fresh. 3/5

ERIC, a former Michelin-starred sommelier from Paris, returned to his family farm in Normandy in the Nineties to concentrate on making organic, bottle-fermented cider and perry.

Influenced by some of the greatest French winemakers, he leaves as much as he possibly can to nature, both in the orchard and when it comes to making it.

The result is amazing, like eating a piece of freshly sliced pear straight from a steel knife — topped off with a dash of sweetness. 4/5

This is a top-quality perry from the Frenchman, made from the oldest trees in the orchards — some more than 300 years old.

The flavours are fantastic; so fresh, vibrant and balanced with an underlying touch of pineapple that keeps it from being too sharp. 5/5