Tory chiefs are imposing tough rules to stop MP cheating in the leadership contest – including ID checks and a ban on photographing ballot papers.

The powerful 1922 committee said there will be different coloured ballot papers for each round of voting – to stop them being reused.

Candidates have also been warned the battle must not end in a coronation as happened last time with Theresa May – and whoever gets into the final two must stay in to face a vote of the 160,000 party members.

Under the timetable for replacing Mrs May, MPs will whittle the field down from the 11 currently expected to two by June 20.

The new PM is then expected to be appointed in the week beginning July 22, after the postal ballot of members. 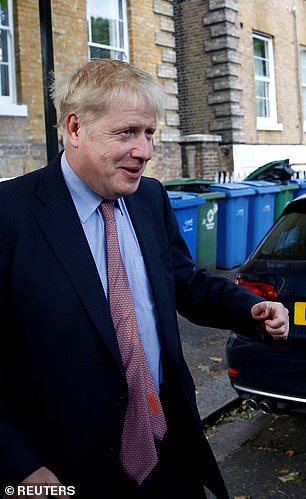 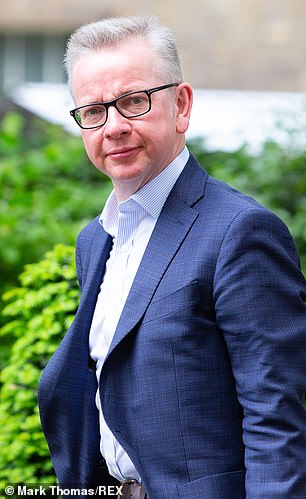 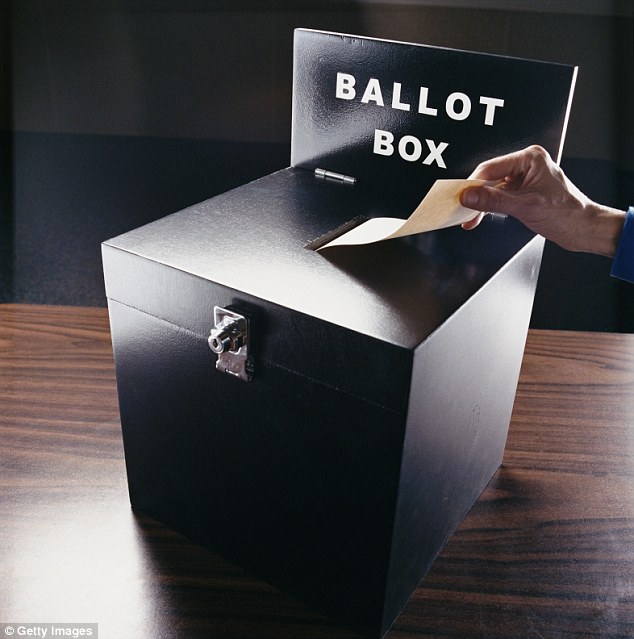 After Mrs May formally steps down as leader of the Conservative Party tomorrow, she will remain acting leader of the party until a successor is named.

The last race in 2016 saw Andrea Leadsom pull out of the contest before ordinary members voted.

But Committee co-chair Charles Walker said: ‘The expectation is that if they are in the final two, they will go through and put themselves before the membership through the membership hustings.

‘We have had the conversation with those who have indicated they are going to put their papers in.’

He added: ‘I think there is great recognition across the parliamentary party that this does need to go to the membership this time.

‘And I think those candidates that have indicated, potential candidates, that they wish to run, are fully aware of that.

‘And, hopefully, relishing the prospect.’

Cheryl Gillan, the other co-chair, said she had observed elections in Bosnia and would follow the best international practices.

‘We do trust our colleagues but we also have to have a process in which people have confidence.

‘As we are in charge of it we have to go to those lengths to make sure this is a process the party does have confidence in.

‘That includes different coloured papers, we’ve done that for years.’

Mr Walker said of Tory MPs: ‘As well as we do know them, they are going to be required to bring their parliamentary passes with them, which they hate doing.’ 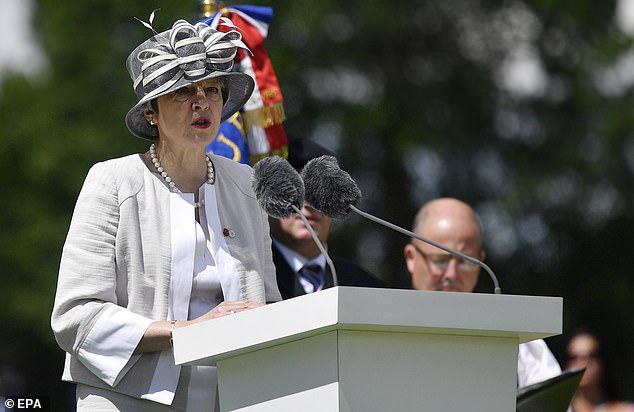 Theresa May (pictured a D-Day commemorations in Bayeux today) formally steps down as leader of the Conservative Party tomorrow, but will remain acting leader of the party until a successor is named

Humbling proof a parent’s love really can overcome all
Are Christmas hampers actually worth the price?
Brett Kavanaugh arrives hand-in-hand with his wife to try to save his Supreme Court nomination
Greta Thunberg arrives at UN climate conference in Madrid by train
Henry Vincent sister denies he was a 'violent person' and tells inquest 'no-one deserves to die'
Who is Barbara Bush's new husband Craig Coyne?
Camilla and Charles arrive in Abuja for the next leg of their West Africa tour
Prince Harry and Meghan Markle left young Archie in Canada