Tory Brexiteers insisted their favoured solution to the Brexit backstop problem remained ‘alive and kicking’ last night – despite it apparently being killed off.

Following talks with Theresa May, the European Research Group said the so-called ‘Malthouse compromise’ to solve the Irish border issue was still under consideration by Downing Street. And it emerged yesterday that Mrs May was considering holding another meaningful vote on her EU deal next week in a bid to avoid resignations.

The compromise – drawn up by Tory MPs on both sides of the Brexit debate – is seen by many Brexiteers as a means to get rid of the backstop, which they fear will subject the UK to EU rules indefinitely. 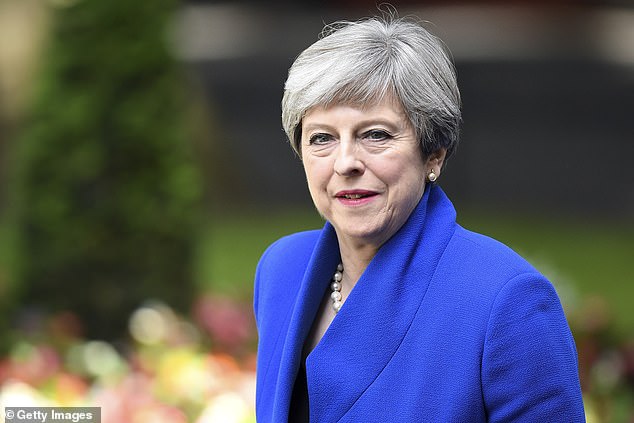 The plan would replace the backstop with a free trade agreement and technological methods for keeping the Irish border open after Brexit. If Brussels does not accept this, a Plan B would see the UK leave without a deal but with a transition period lasting until the end of 2021. Brexit Secretary Stephen Barclay reportedly told Cabinet Brussels had definitively ruled out the plan.

He said there was not enough time to implement it before Britain leaves on March 29 – meaning the compromise could only form part of discussions around the future relationship. But last night, it appeared that the plan could still form part of Mrs May’s proposals for a relationship with the EU.

Attorney General Geoffrey Cox will travel to Brussels with the Prime Minister today to present new legal proposals in order to break the impasse over the Irish backstop. Ministers are trying to secure an end date, or legally binding exit mechanism, in order to get Mrs May’s deal through the Commons. 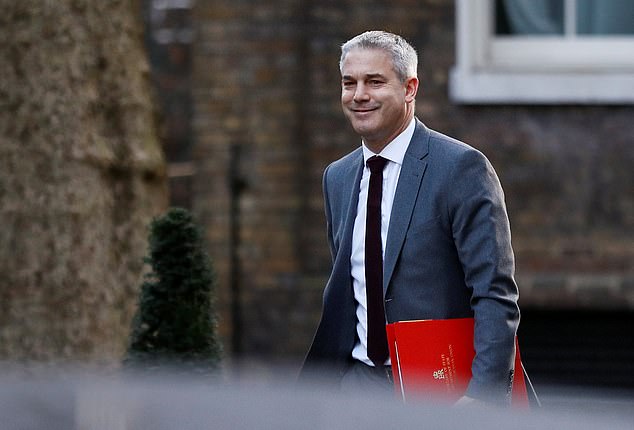 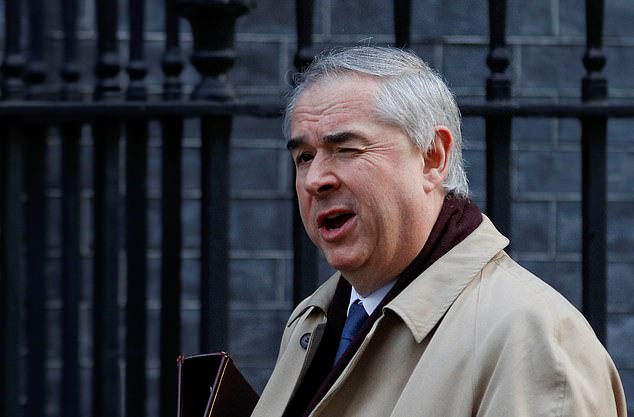 Last night, Mr Barclay said civil servants would work on a range of alternative arrangements, not just the Malthouse plan. Eurosceptics insisted last night that this meant it had not been taken off the table. After their talks with Mrs May, the chairman of the European Research Group of eurosceptic Tories, Jacob Rees-Mogg, and his deputy Steve Baker said in a joint statement: ‘The Malthouse Compromise is alive and kicking. We look forward to further developments.’

The PM’s official spokesman declined to respond to reports that Mrs May told Cabinet the Malthouse plan would not form part of proposals she will put to European Commission president Jean-Claude Juncker on Wednesday.

Instead, he directed reporters to a statement issued by the Department for Exiting the EU following Stephen Barclay’s meeting with Mr Barnier, confirming that they had discussed the Malthouse compromise.

There is growing speculation that a deal between Britain and the EU providing legal reassurances on the Irish backstop is close to being finalised. It is possible a compromise could be signed off at an EU-Arab summit in Egypt at the weekend.

EU negotiator Michel Barnier previously rejected the Malthouse plan at talks with Brexit Secretary Stephen Barclay. The idea had been to re-write the divorce deal with a technology-based solution for the Irish border.

The hardline Brexiteer European Research Group has vowed to vote down Mrs May’s deal for a second time if the PM fails to bring back a new version.

Sources at the group said there could be an ‘explosion’ of anger from Brexiteer MPs.