Last week I spoke to two distinguished Conservative MPs about what they thought would happen in the wake of the evisceration of the Prime Minister’s Brexit deal by the House of Commons.

One was openly opposed to Theresa May’s plan, the other a reluctant but loyal supporter. ‘We’re on the brink of serious civil unrest,’ said the rebel, gesturing to his colleagues going about their daily business in Parliament’s Portcullis House. ‘Look at them. They’re all sitting around here like nothing’s happening.’

The loyalist was even more direct. ‘I know what I’m doing. I’m going to go out and start stocking up on tins and loading my shotgun. I backed Brexit, and if we don’t deliver it, they’re going to come for us.’

They will. But they will have to free themselves first. This morning, the British people are being held hostage – bound and gagged by the so-called ‘red lines’ of their own elected representatives. 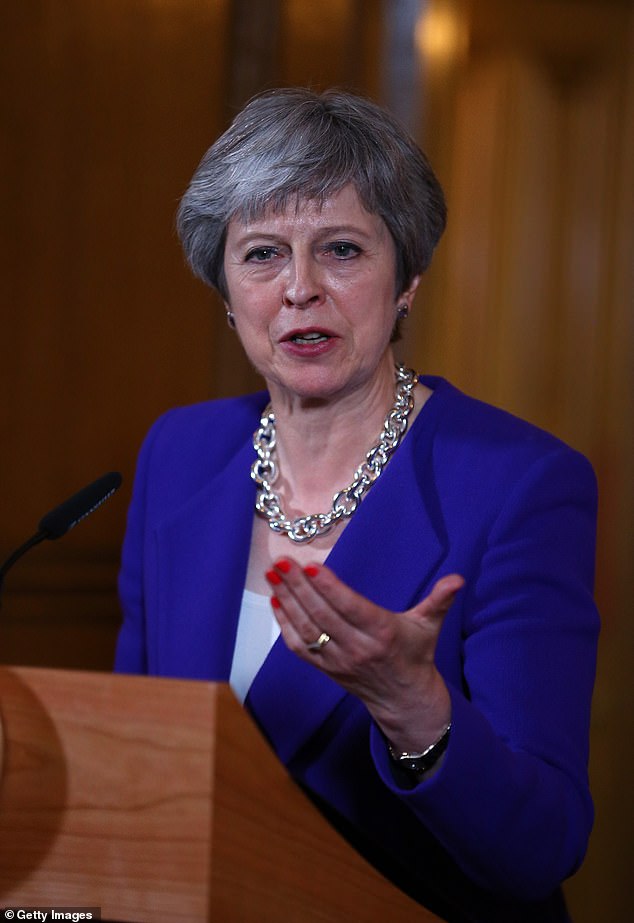 A distinguished Conservative MP who rebelled against Theresa May’s Brexit plan said: ‘We’re on the brink of serious civil unrest’

From the Prime Minister to the Leader of the Opposition, Cabinet to Shadow Cabinet, hard-core Brexiteers to implacable Remainers, all are complicit in this act of constitutional terrorism. ‘Give us what we want,’ they are demanding, ‘or you’ll never see your country again.’

Unfortunately, they are no clearer in deciding what they want than they were two and half years ago when this whole process started.

Mrs May’s response to finding herself at the bottom of the deepest hole in UK parliamentary history has – inevitably – been to keep digging. Requests to aides for insight into the way forward are met with shrugs, blank stares and a monosyllabic rehash of the Chequers principles.

Ministers are no longer even attempting to sell those. The priority of most senior members of the Cabinet I spoke to was to kill off any prospect of a drift towards a Customs Union. At least five indicated to me they regarded it as a resigning offence. ‘That line is so red, it’s bleeding,’ said one.

For many Labour MPs, the focus is now on ruling out a No Deal scenario, although none are clear on a practical way of actually securing that. For others, the time has finally arrived to call their leader’s bluff on a second referendum.

‘We’ll be putting down an amendment to the vote on January 29,’ one Labour backbencher explained. ‘And that will be the moment Jeremy Corbyn has to take a decision. If he doesn’t, then we’re into tuition fees territory’ – a reference to the policy which destroyed Lib Dem support after 2010. 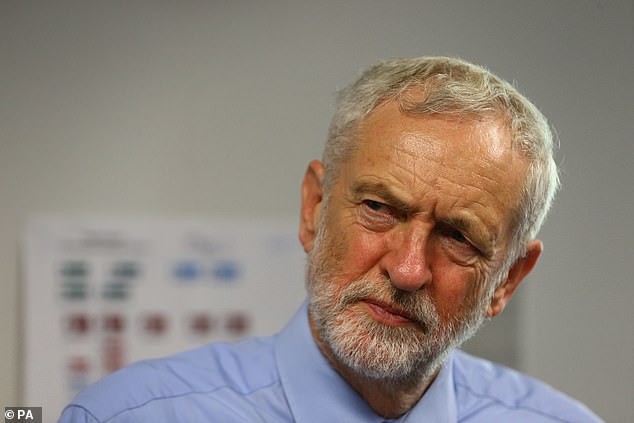 Everyone has a view – and a seemingly different view – on what should happen next. Or, more specifically, what should not happen next, given the emphasis now is almost exclusively on finding a way of ruling out options, rather than ruling them in. Everyone, that is, save for the voters.

Each statement by Remainers and Leavers is currently being prefaced with the same stale phrasing about ‘respecting the will of the people’. But the reality is the people are not being respected. They are being exploited and dismissed as expendable human collateral.

Campaigners for a second referendum have had the momentum over recent months. They have done an excellent job of unpicking the more bombastic claims of the Leavers, and exploiting their internal divisions over their preferred Brexit model.

But they cannot avoid a single, simple truth. On June 23, 2016, the people voted to leave the EU. What sort of Brexit they voted for is open to debate. As is the manner of implementing their decision.

But what cannot be claimed by anyone with any genuine respect for parliamentary democracy – or indeed, by anyone in possession of a scintilla of basic logic – is that when a majority of the electorate voted to leave the EU, they were actually instructing their politicians to find a way of staying in the European Union. The hard-core Brexiteers have done an equally admirable job of marshalling popular discontent towards Mrs May’s deal. Their betrayal narrative has been skilfully constructed. But again, there are truths they must now confront.

When people voted to Leave, they were not motivated by a passionate desire to negotiate trade deals with Australia. Or fury at the prospect of continuing ECJ jurisdiction over European rules on livestock transfer. Or the burning, but entirely hypothetical, injustice of a Northern Ireland backstop.

Like their Remain opponents, Brexiteers are now supplanting the popular will for personal ideology. And by doing so they are placing the entire Brexit project at risk. Like the US officer quoted after the Vietnam battle of Ben Tre, they have seemingly decided they must destroy the village to save the village.

This nihilistic self-destruction has to stop. Our MPs have to drop their arbitrary and contradictory red lines, and instead allow themselves to be guided by the red lines of those they were elected to serve.

Stronger controls on immigration, and a desire for an ending of free movement, represent the public’s red line No 1. Red line No 2 is to leave. That’s it. Just leave the European Union. Get out. In a way that allows independent control of our borders, and delivers on the instruction of the British people.

MPS have to stop attempting to second and third guess that instruction. Or even worse, trying to force the voters to reverse that instruction at the point of a political gun.

Last week we learnt that almost all major primary government legislation is being pulled by Ministers for fear of it being sabotaged. At the same time, the Army is being prepared for full mobilisation in the event of No Deal.

In 2019, the UK is now being terrorised by its own parliamentarians. Rather than reach a compromise, they would see their country burn.

When will they understand? What will it take for them to finally realise there will be no more chances? That the referendum of 2016 was the final opportunity for them to show the voters they have listened, and they have learnt.

The people are being held hostage. But they will not be bound indefinitely. And when they free themselves, there will be hell to pay.

Michael Gove’s bravura speech in last week’s confidence motion debate won plaudits from Tory backbenchers. But it wasn’t just Gove’s colleagues who were impressed. ‘Did you see Michael’s speech?’ asked former Labour Minister Frank Field, who now sits as an independent. ‘It was magnificent. They should put him in charge of the Brexit negotiations.’ Judging from the feedback from the Commons on Tuesday evening, some Conservative MPs may be drawing up plans to do precisely that.

IT IS almost 40 years since Shirley Williams stunned Westminster by winning the Crosby by-election for the newly formed Social Democratic Party. Now I understand the SDP are plotting to land a new body-blow on the establishment parties.

I’m told former Ukip MEP Patrick O’Flynn has informed friends he is contemplating standing for the party in Peterborough if, as expected, a by-election is called in the wake of Labour MP Fiona Onasanya’s conviction for perverting the course of justice. Says an ally: ‘Patrick is preparing to stand on a Brexit betrayal platform. People have been demanding a second referendum, so he’s going to turn the by-election into a referendum on Labour and the Tories, and their attempt to sabotage Brexit.’

There has also been speculation that Nigel Farage could be contemplating a return to the political front line to exploit the Brexit crisis. Could this be the moment the SDP finally does break the mould of British politics?

Veteran Shakespearean actor Derek Jacobi was spotted in the Strangers’ Bar at the Commons on Wednesday. ‘You know why he’s in here?’ one MP joked. ‘He’s come to pick up some tips from Geoffrey Cox.’

Blood on Caroline Flack's sheets was hers, not Lewis Burton's
Theresa May warns Brexit 'could slip through our fingers'
Caroline Flack, 39, cosies up to Bradley Simmonds, 25
'Netflix effect' sees nearly a MILLION Britons cancel their TV licence in last year
Couple invited to join alleged cocaine smugglers on cruise if they put clothes in provided suitcases
Horrific moment armed robbers shoot a British father dead and injure his stepson in Argentina
Philip Hammond took more than TWO weeks to move out of No 11 delaying Javid and his cavapoo
The meteoric rise - and stunning fall - of 'Mr TV' Les Moonves