TORY arch-Remainer Dominic Grieve lost a confidence vote in his constituency by 182 votes to 131.

Following his bid to try and block Brexit, the pro-EU MP for Beaconsfield now faces possible deselection from the local Conservative Association. 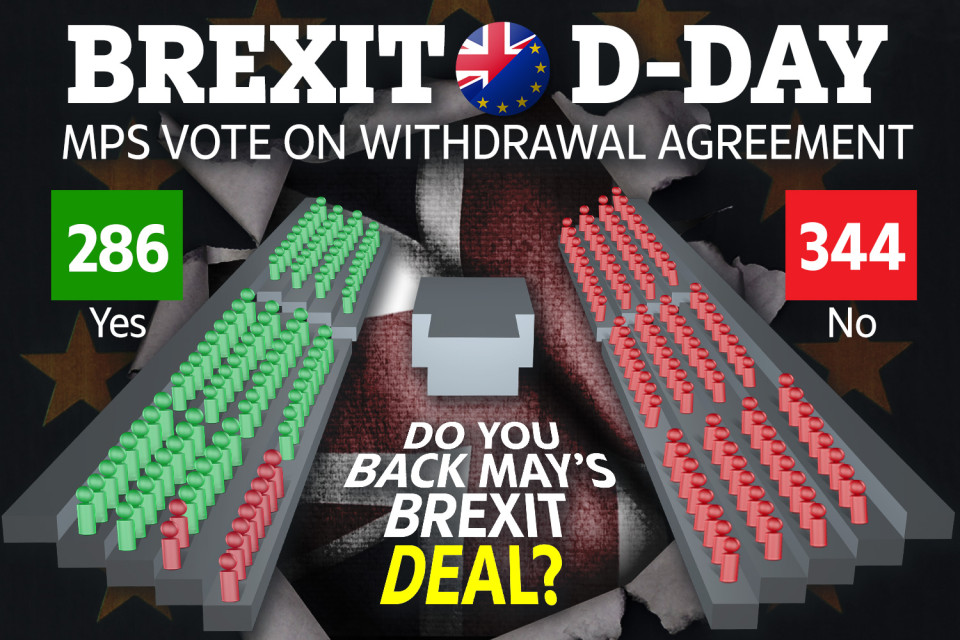 It followed a petition on Change.org signed by more than 38,000 urging the local association to deselect him.

Mr Grieve has supported a second referendum and last week said Theresa May’s attack on parliament for blocking her Brexit deal left him “never more ashamed to be Conservative”.

Grieve must now ask the local association to be reselected to fight in the next General Election.

The Beaconsfield Conservative Association will then hold a vote on their decision.

most read in brexit

'HATE TO SEE WHAT ATE IT'

We're BREXSICK of MPs — shame on them for betraying the will of 17.4m Brits

Grieve told members that their presence was evidence that “participatory democracy is not dying”.

They responded by laughing, with one adding: “We’re here to boot you out!” it was reported.