Britain is set to be battered by gales yet again today as gusts reach speeds of up to 80mph and Storm Diana continues to lash the country with rain.

The Met Office has once again issued Danger to Life Warnings, which are today concentrated in south-west Scotland and south-west England.

Blasts of wind are sure to make conditions difficult for commuters and forecasters have predicted ‘nasty driving conditions’ for those on the road.

Up to 35mm of rain could hit parts of Scotland over the course of just six hours and ‘widespread strong winds’ will hit vast swathes of the entire country. 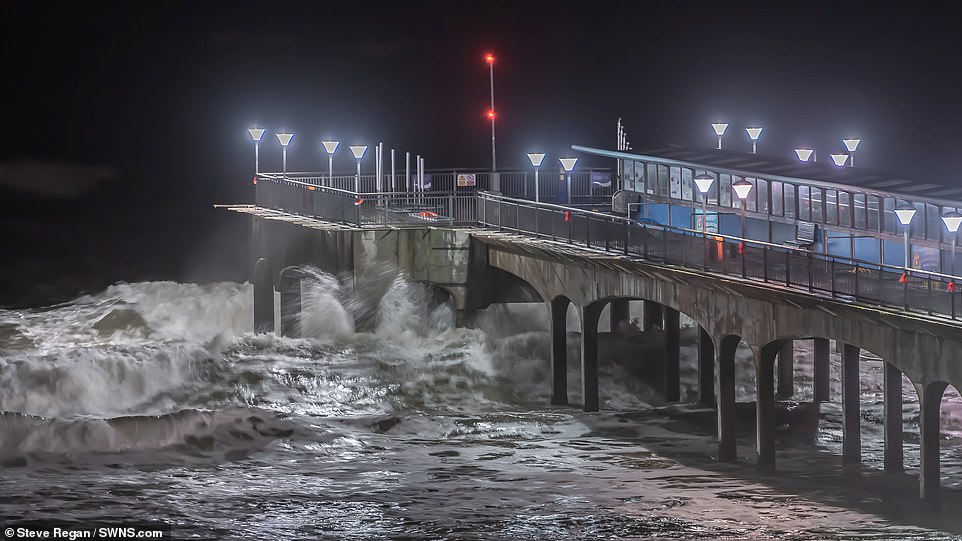 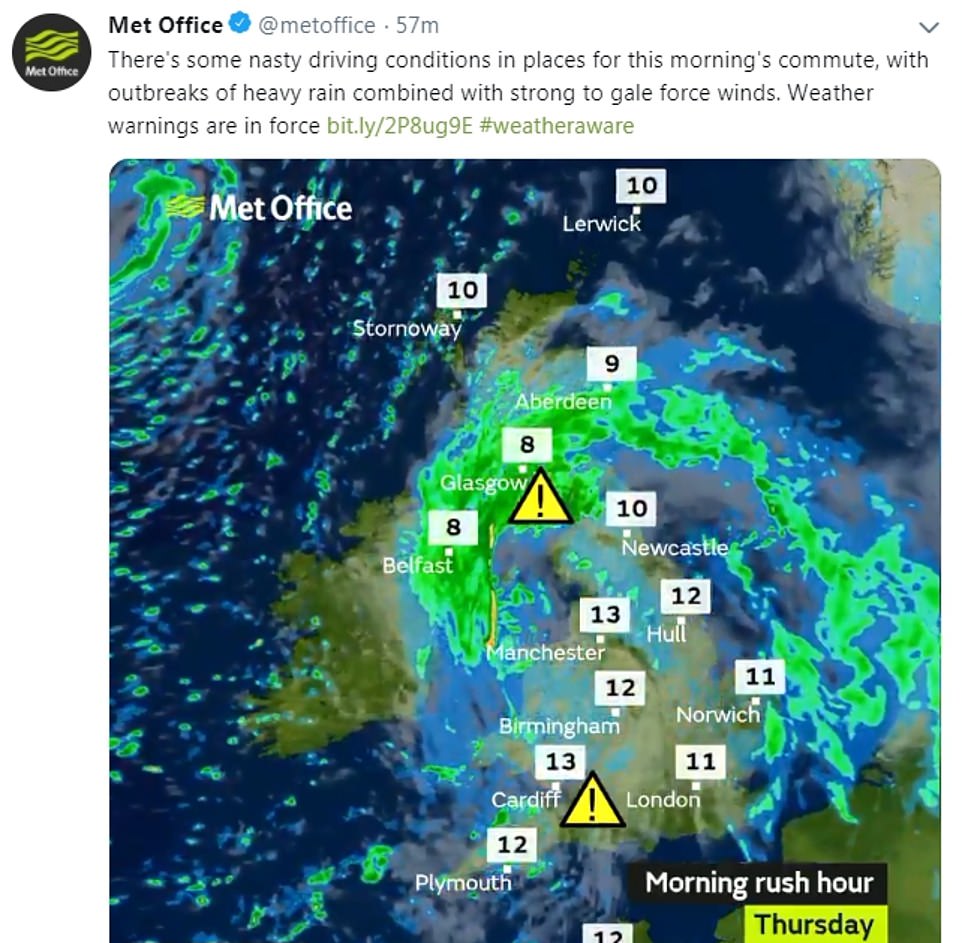 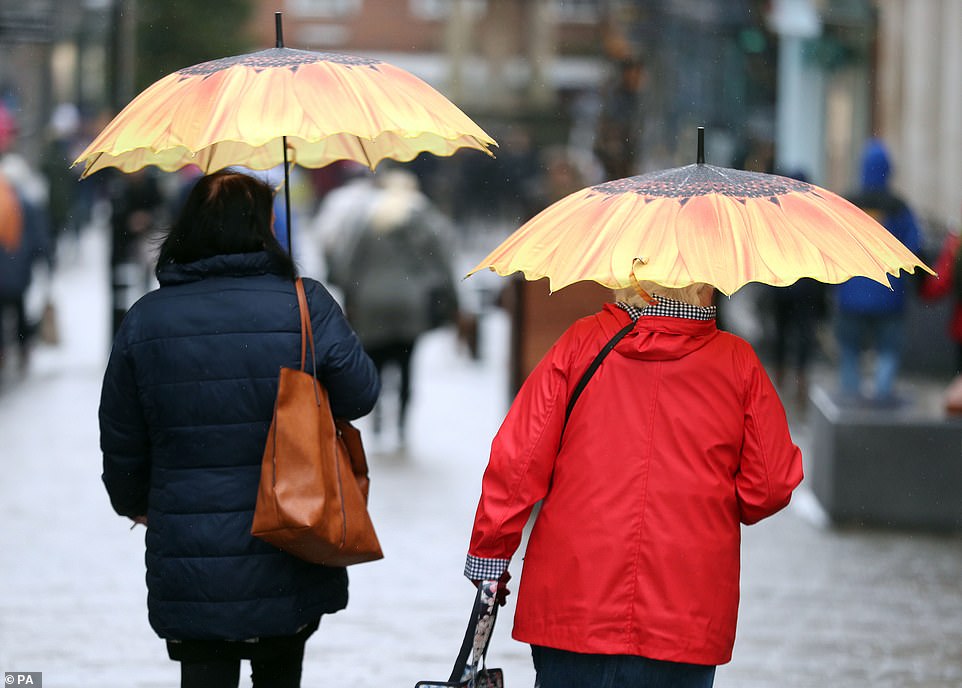 Shoppers got their umbrellas out in Winchester, Hampshire yesterday afternoon as the rain started to fall and winds started to pick up 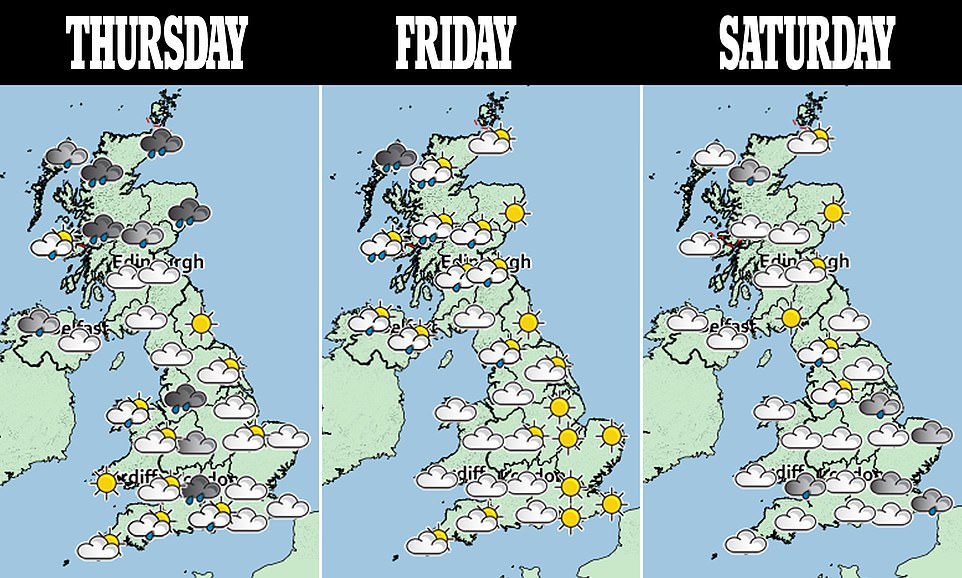 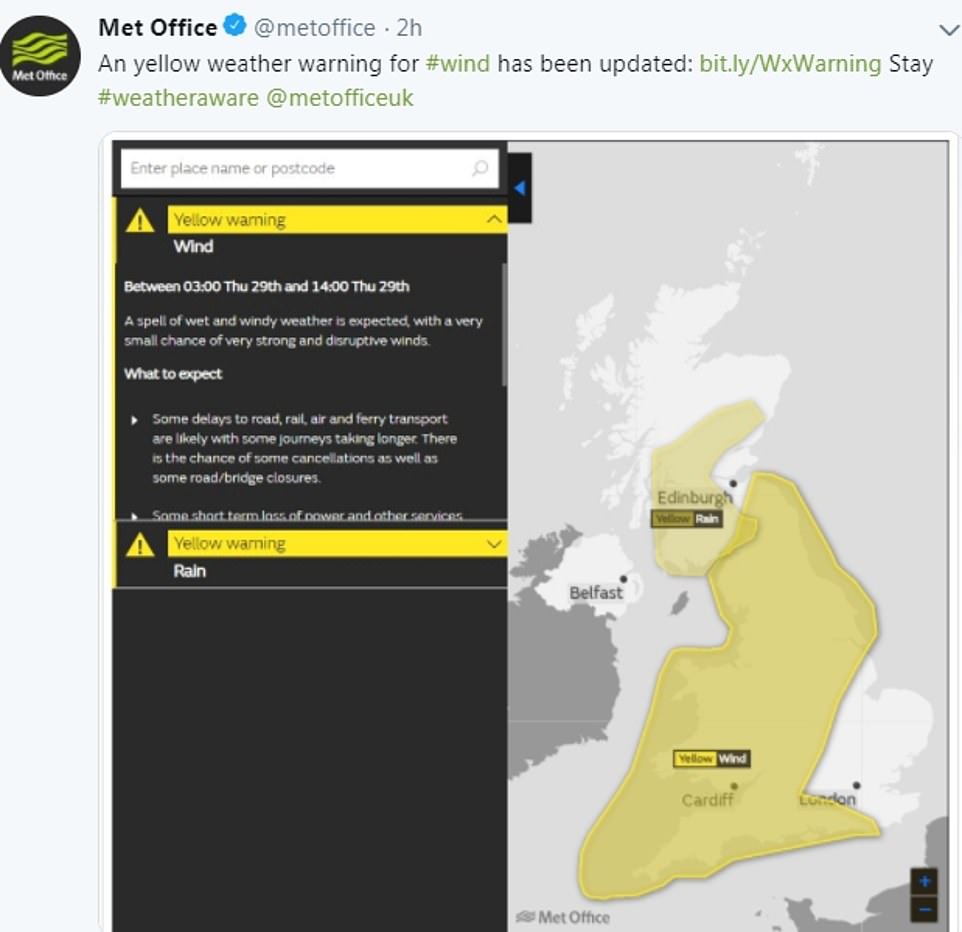 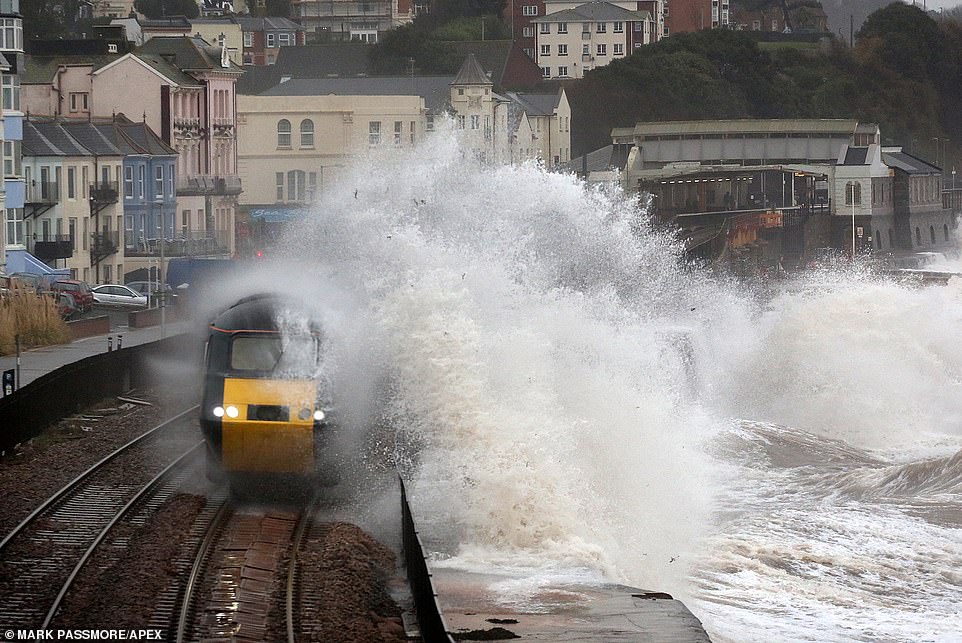 Gale force winds sent huge waves crashing onto the train tracks and on top of a passing train in Dawlish, Devon, yesterday

A yellow warning for wind covers the whole of England save for the south-east and East Anglia until 2pm and even inland gusts will reach speeds of 50mph.

Exposed areas of Wales and western England are likely to experience gusts of around 65mph but temperatures will remain mild as they were yesterday.

Lowest temperatures will be felt in Northern Ireland, with Derry at about 46.4F (8C) and similar levels in Dumfries, Stornoway and Glasgow. 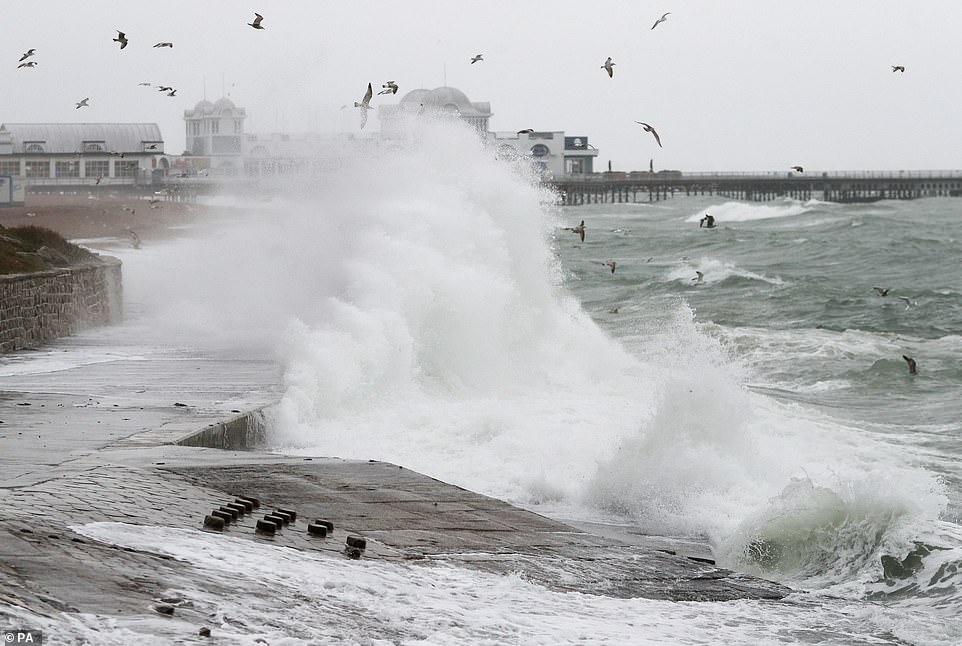 Strong winds and rain are battering parts of Britain today ahead of 36 hours of misery when Storm Diana strikes tomorrow. Pictured are large waves crashing against the seafront in Southsea, Hampshire, today

London will be drenched in heavy rain as will Pembroke, but Southampton is expected to be merely cloudy with temperatures at around 53.6F (12C).

Storm Diana is coming in from the Azores into a low pressure system, prompting the Met Office to issue a 36-hour warning between 3am Wednesday and 3pm on Thursday, including ‘danger to life’ conditions across coastal regions from Devon and Cornwall to the north west of Scotland and Wales.

Meanwhile hundreds of flights serving London airports were cancelled or delayed amid thick fog this morning with one in three planes disrupted at Heathrow yesterday.