Troubled reggae star Finley Quaye has been accused of ‘kicking in’ a B&B’s front door and calling guests ‘c***s’ during a drink-fuelled rampage after a Cornwall show.

The ‘Even After All’ singer is alleged to have caused significant damage to his accommodation during the night and was described by staff as a ‘lunatic’.

A hotel owner said the singer, from Edinburgh, ended up in the wrong room and woke everyone up by banging an iron bar. 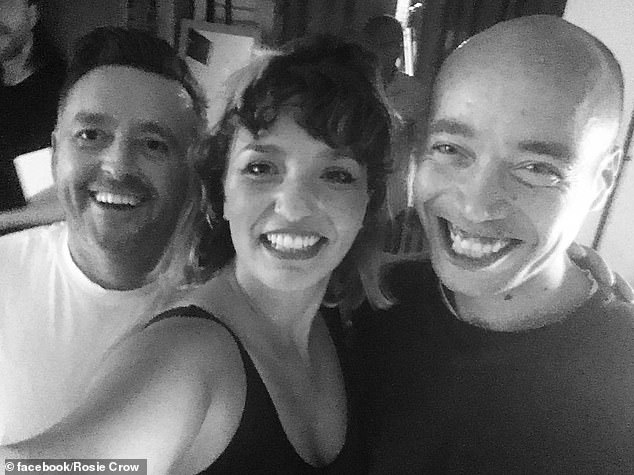 The reggae artist was tipped to be one of Britain’s biggest stars after winning a BRIT in 1998 for best male solo star but has become infamous for his bad behaviour in recent years.

His much-anticipated appearance at the Old Bakery in Truro on Friday night had been hailed a success on stage with Quaye seen sipping a beer during the show and then swigging a bottle of brandy backstage afterwards.

But witnesses say things turned sour later in the night. The owner of the B&B where he stayed after the gig described the 45-year-old going on a rampage.

The man, who said he did not want himself or his premises named, said: ‘He turned up around midnight with a bottle of brandy and was an absolute gent to me, though he did get the wrong house first. He gave me a big hug and I thought he’d gone to bed.

‘Our night manager described him as behaving like a lunatic after that. He kicked a hole in the front door, cracking the aluminum, and he called a couple of guests “c***s”.

‘He did not physically threaten our manager but he was intimidating. He climbed up outside the building and was banging an iron bar, waking everyone up. 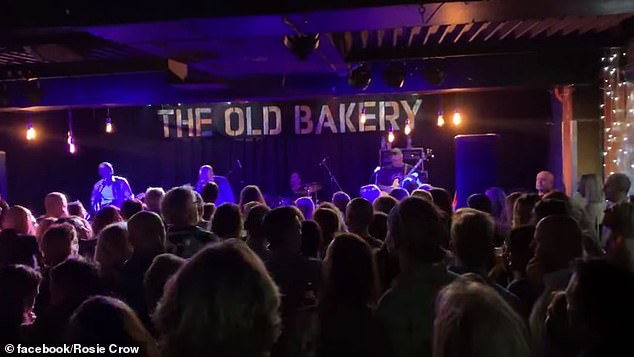 ‘I showed him to his room earlier in the evening when he was a gentleman but during the night he managed to get into one of our other properties and ended up in an empty room. We were very lucky as it was the only room unoccupied. Who knows what could have happened if he’d tried to get into one of the other rooms.’

The owner added: ‘At 9.30 in the morning he walked into the breakfast room, which was full of guests, and shouted, “Why is there no c****s to snog in Truro?”

‘He was really aggressive – he was raging and spitting fire. His eyes were like golf balls. He was pretty hanging.’ 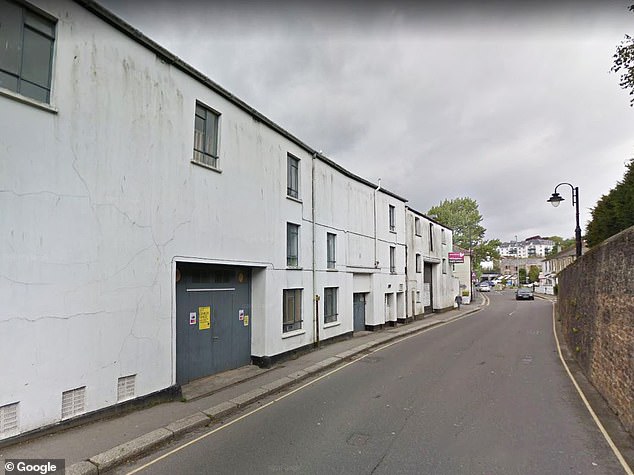 Pictured: The Old Bakery in Truro, Cornwall, where the singer played before allegedly rampaging through a bed and breakfast

The shocked B&B owner said: ‘In 12 years we’ve never had anything like this before – and we’ve had people like the Manic Street Preachers staying here.

‘His musicians were lovely and did their best to calm him down and sort the situation. The guests were all very nice about it too.’

A woman who was staying at the same guest house said his ‘utterly vile’ behaviour frightened her and described him as a ‘man possessed’.

Justine Kerrison said: ‘He was banging and swearing so much that it frightened me. Then at breakfast, the over-inflated ego decided to swear and rampage around trying to intimidate guests and staff. I’ve never heard of him… didn’t recognise his name, his face, nor his songs. It seems he’s more famous for his utterly vile nature and mouth than he is for his music.’

Quaye, who won the 1998 BRIT award for best male solo artist following massive hits Sunday Shining and Even After All, has encountered various problems in recent years. In 2012, he was found guilty of aggravated assault. The singer also admitted possession of cannabis in 2003. 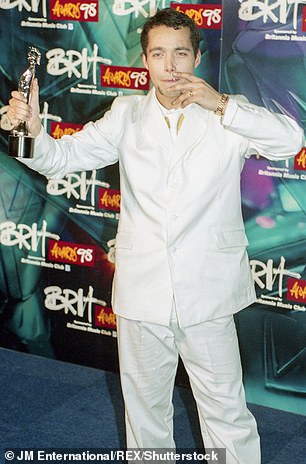 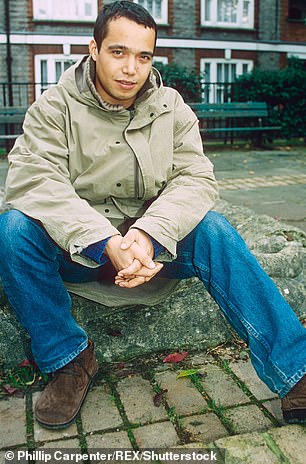 Finley Quaye (pictured, left, at the 1998 Brit Awards with his trophy, and, right, in 2000) is alleged to have rampaged through the bed and breakfast

In November 2016 he was convicted of assault for headbutting a terminally ill friend in a row over Game of Thrones.

The year before that he made headlines when a promoter kicked him off stage for a lacklustre performance in Gloucestershire, saying: ‘We wish him well but he needs to sort himself out.’

Cornish musician Rosie Crow, who supported Quaye at the Old Bakery on Friday and at London’s Troubadour in early September, said he clearly needed help.

She said: ‘Playing with him is like a dream come true as his music meant so much to me growing up. I feel he deserves a break.

‘People like Cath at the Old Bakery and the manager at the Troubadour have really helped him and there are other gems looking out for him but he needs more support – he clearly needs some help. He’s a man in need of helping, saving, love and support.

‘What other industry is there where you’d turn up for a shift and be given a bottle of whisky? How is that okay? Imagine if you work at Tesco and you start your shift and say, “Oh I’ll have a bottle of Jack Daniels now”.’

Cardi B returns to court in pink suit and sky-high stilettos after rejecting plea deal
Laurence Llewelyn-Bowen slams Meghan Markle's dress sense
The cutting edge technology police are using in the hunt for Gatwick's drone of misery
Coronavirus UK: How ill is Boris's adviser Dominic Cummings?
Kirstie Allsopp hits out at friends who do not consider the 'horror of county lines drug dealing'
Donald Trump claims anti-conservative bias on social media is 'greatest threat to free speech'
Boris Johnson was raised by a chain-smoking nanny their mother was in and out of hospital
Simona Halep wins her first Wimbledon title as she eases past Serena Williams in straight sets