LOS ANGELES (AP) – Working on a one-hitter with a 4-0 lead, Rich Hill had just set down Eduardo Nunez swinging for the first out of the seventh inning.

Dodgers manager Dave Roberts had seen enough. Walking to the mound, he signaled to the bullpen and Hill was gone.

It was the beginning of another troubled outing for Los Angeles’ bullpen in the World Series.

Six relievers combined to give up eight of Boston’s nine runs over the final three innings in a 9-6 loss Saturday night that sent the Dodgers to the brink of elimination for the second straight year.

“Watching the Dodgers/Red Sox final innings,” Trump tweeted. “It is amazing how a manager takes out a pitcher who is loose & dominating through almost 7 innings, Rich Hill of Dodgers, and brings in nervous reliever(s) who get shellacked. 4 run lead gone. Managers do it all the time, big mistake!” 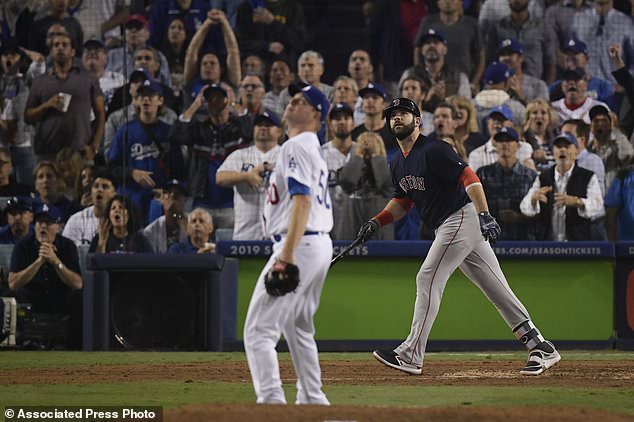 Los Angeles trails 3-1 in the best-of-seven series. Game 5 is Sunday at Dodger Stadium, where the Dodgers lost to Houston in Game 7 a year ago.

When he was told of the presidential tweet, a subdued Hill said, “I didn’t read it.”

Roberts and Hill talked in the sixth, with the 38-year-old left-hander telling his manager to keep an eye on him.

“Right there, I know Rich did everything he could, competed, left everything out there,” Roberts said. “We’ve got to do a better job of picking him up.”

Hill struck out seven and walked three in 6 1/3 innings with one run and one hit. He is just the second pitcher age 38 or older to post three World Series starts in which he’s allowed just one earned run, including two last year. Roger Clemens holds the record with four.

Scott Alexander inherited a runner from Hill, who had issued a leadoff walk to Xander Bogaerts. Alexander walked Brock Holt and Roberts was quick with the hook.

“It just didn’t work out the way we wanted,” Hill said. “We’ll move forward and concentrate on Sunday.”

The Dodgers turned to Ryan Madson, brought in from the Nationals in August to bolster the ‘pen in high-leverage situations.

Madson gave up a three-run homer to pinch-hitter Mitch Moreland, drawing the Red Sox within 4-3.

The Dodgers turned to Kenley Jansen in the eighth for the second straight game.

The All-Star closer served up a one-out homer to Steve Pearce that tied the game at 4-all.

“We’re all disappointed,” Jansen said. “We can’t question ourselves. It’s another day tomorrow. It’s not over until it’s over.”

Hours earlier, Jansen gave up Jackie Bradley Jr.’s tying homer in the eighth inning of an epic Game 3, blowing his attempt at a six-out save in his third major World Series failure in two years.

But the bullpen rallied, with eight relievers combining for 11 innings of five-hit ball in the longest World Series game in history. They mostly shut down Boston’s powerful lineup and the Dodgers eked out a 3-2, 18-inning victory in the 7-hour, 20-minute affair that ended early Saturday. Converted starter Alex Wood got the win by pitching out of trouble in the 18th after giving up a leadoff walk.

Jansen struggled against Houston a year ago in the World Series, too.

He gave up a solo homer to Marwin Gonzalez in Game 2 for his first blown save in the playoffs. That ended his major league record streak of converting his first 12 postseason save chances.

The Dodgers ran through Dylan Floro, Wood and Kenta Maeda in the ninth when the Red Sox exploded for five runs, four of them with two outs. Floro gave up pinch-hitter Rafael Devers’ go-ahead single with one out.

“We have another chance,” Jansen said, “and we’ll give it our best shot.” 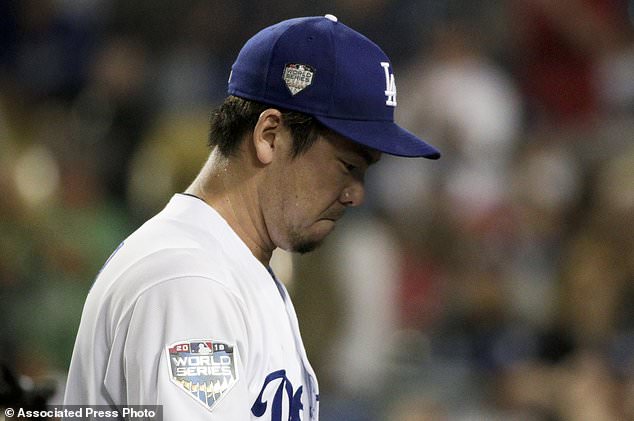 Los Angeles Dodgers pitcher Kenta Maeda leaves the field at the end of the top of the eighth inning against the Boston Red Sox in Game 4 of the World Series baseball game on Saturday, Oct. 27, 2018, in Los Angeles. (AP Photo/Jae C. Hong) 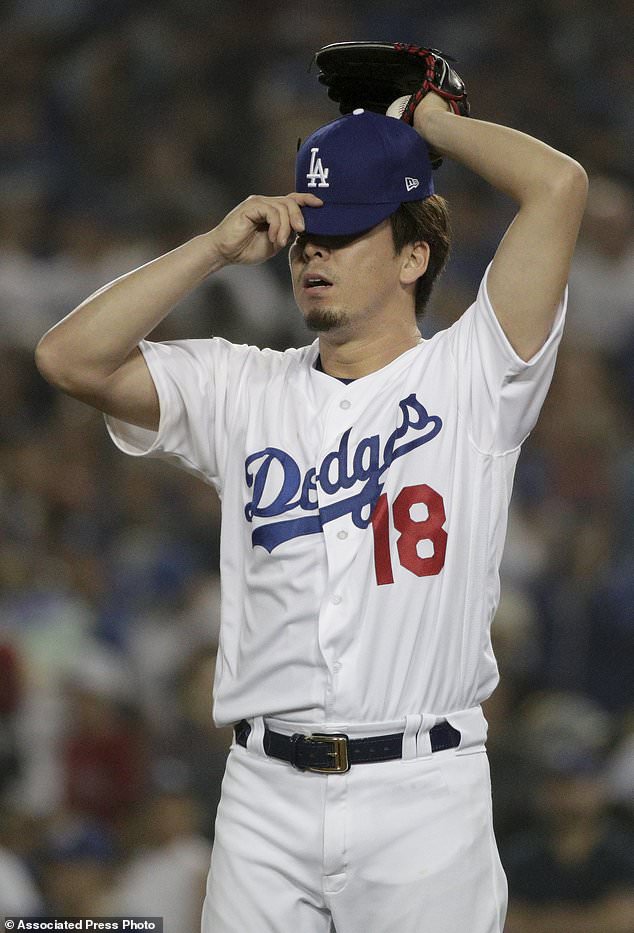 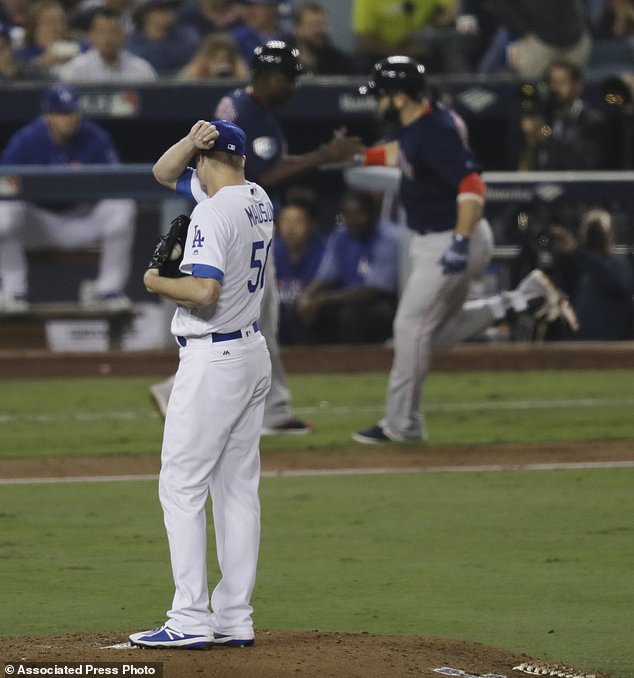 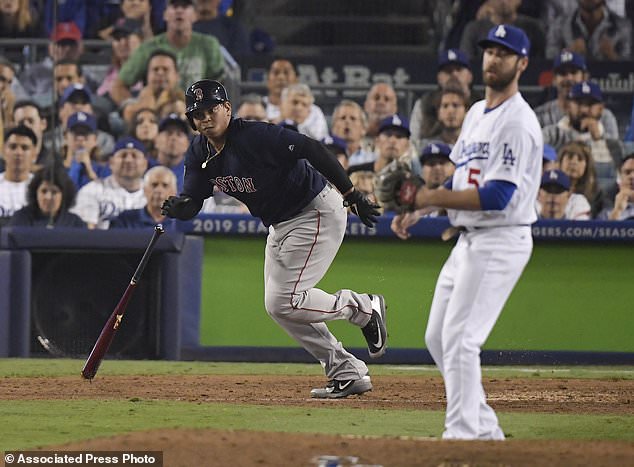