The two men could be seen sharing conversation as the world leaders gathered on a single stage for the traditional photo-op.

The Saudi Crown Prince has been under increased scrutiny since the murder of Saudi dissident and Washington Post columnist Jamal Khashoggi. The CIA reportedly has concluded that he ordered the murder.

Trump entered the room for the event in Osaka walking next to Russian President Vladimir Putin, leaving a holding room after many other leaders had gathered. The two men walked and talked, and Putin gave Trump a slight pat on the back as they parted for the event. 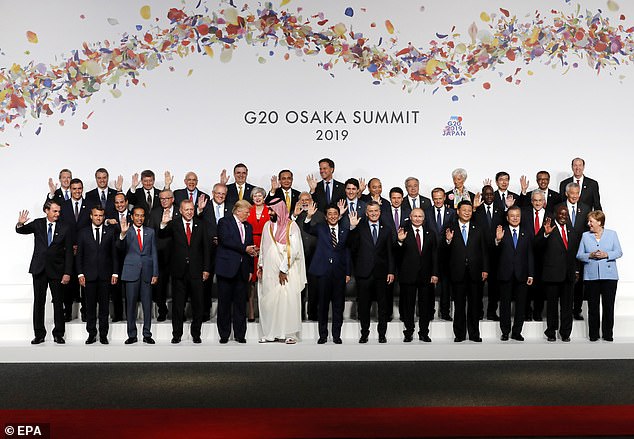 SMILE: Trump extends a hand to Saudi Crown Prince Mohammed bin Salman at the ‘family photo’ at the G20 summit in Japan

For the photo Trump stood in the front row, where he was flanked by the crown prince as well as Turkey’s president Recip Erdogan. Directly behind them was British prime minister Threresa May.

Trump holds bilateral meetings with the crown prince, known as MBS, as well as Putin.

Trump said before the trip that he ‘may’ raise the issue of Russia’s election interference. 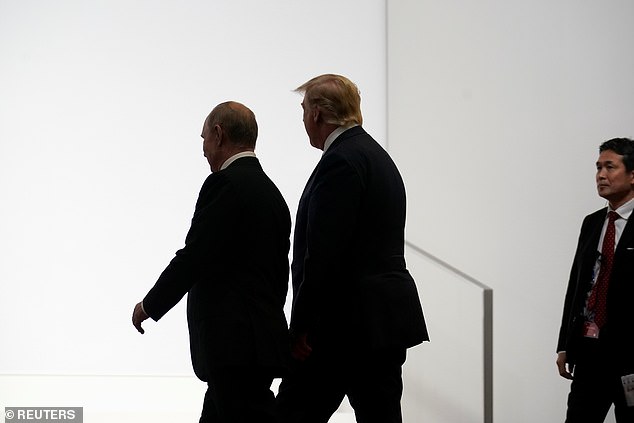 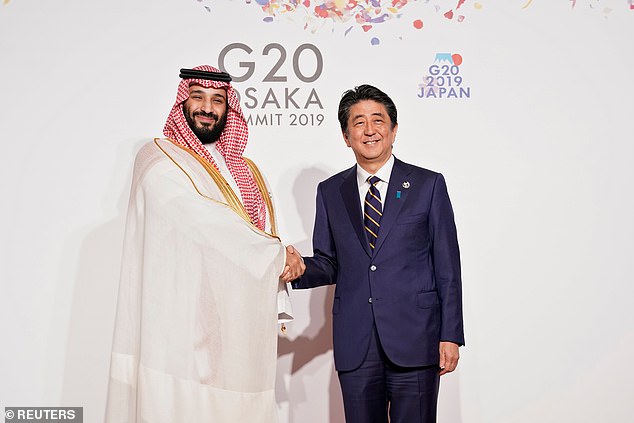 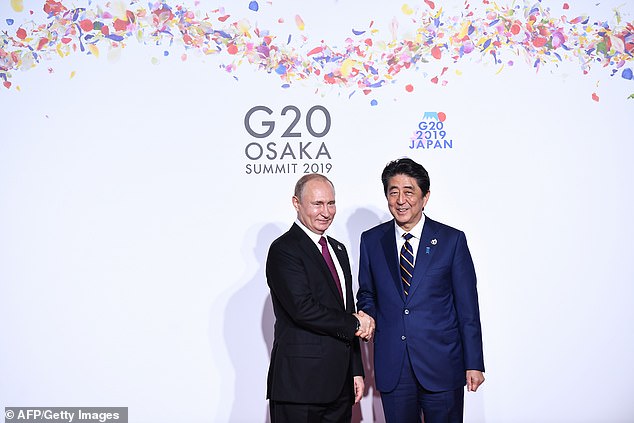 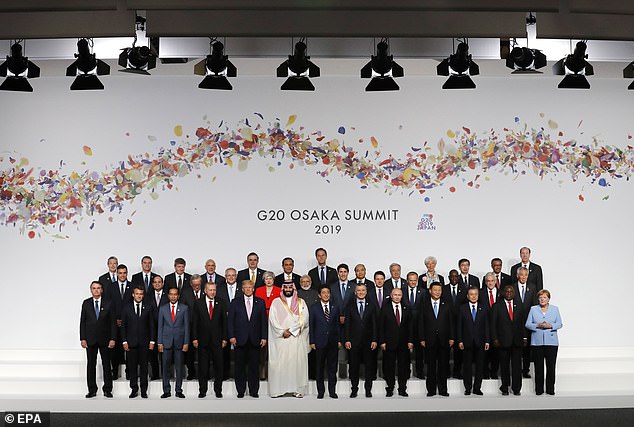 The leaders smiled for the cameras before a working lunch session 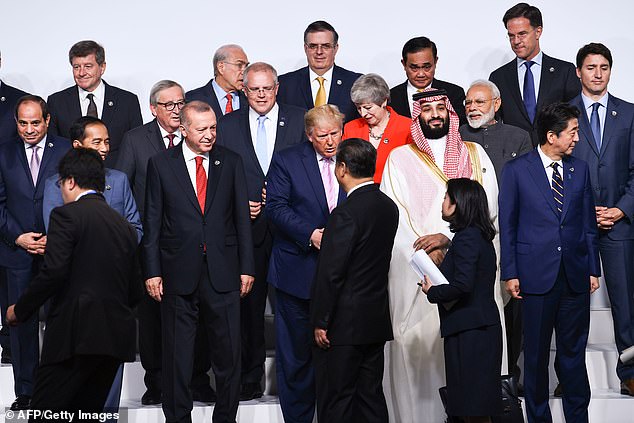 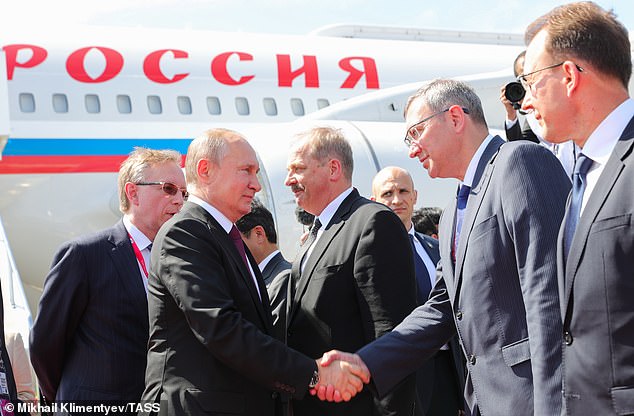 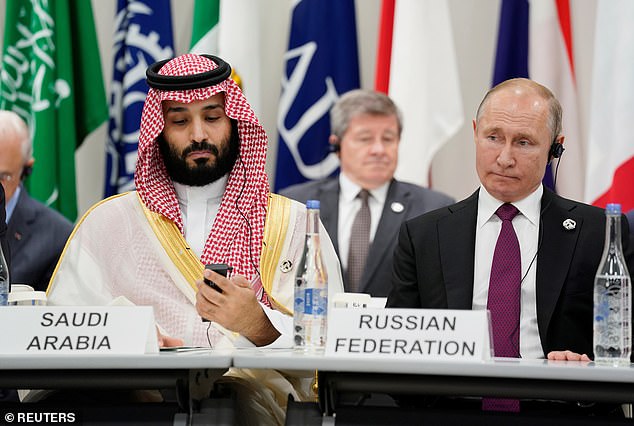 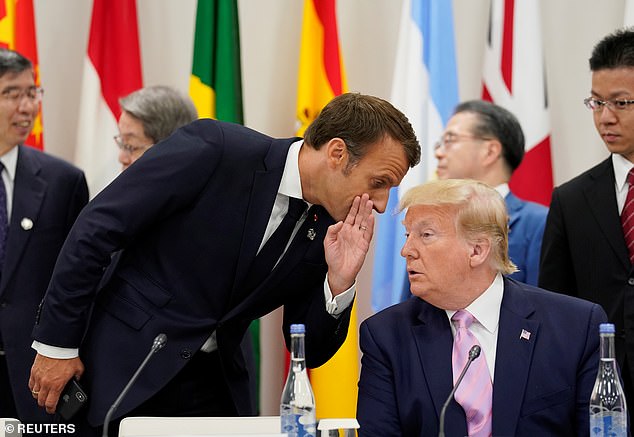 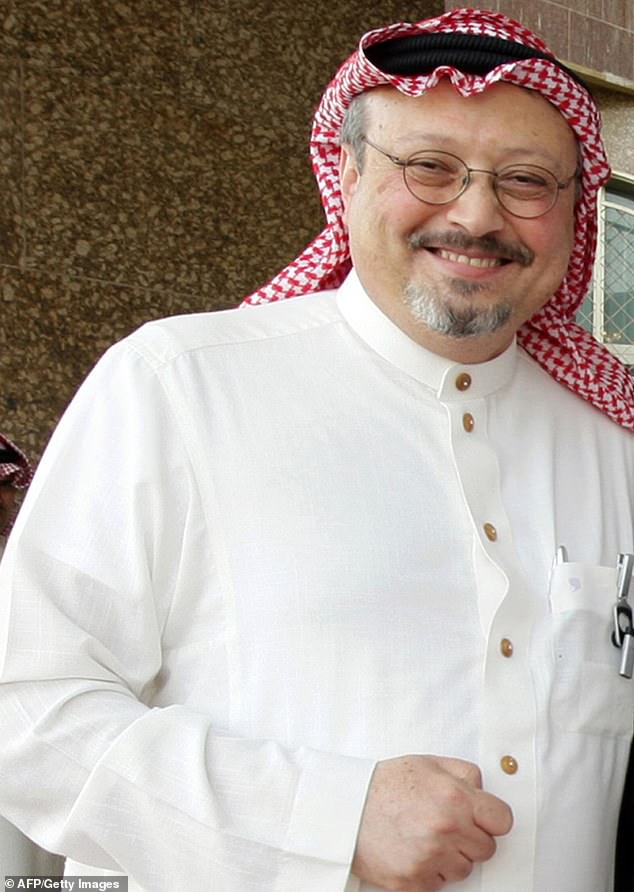 The Saudi crown prince smiled and exchanged greetings with Putin the leaders took their positions. Chinese President Xi Jinping greeted Trump. The pair are set to meet later in the summit.

After the photo session the leaders gathered for a plenary working lunch.

The CIA has concluded that MBS ordered the killing, which was carried out by Saudi officials inside the Saudi embassy in Istanbul, according to the Post.

Trump has indicated a desire to move on from the incident and focus on other matters in the relationship, stressing Saudi purchases of U.S. military equipment.

‘I think it’s been heavily investigated. … By everybody,’ Trump told NBC in a ‘Meet the Press’ interview Sunday.

‘Saudi Arabia is a big buyer of [U.S.] product. That means something to me. It’s a big producer of jobs, Trump said. He said the killing ‘didn’t come up’ during a call this month.

The Saudis blamed the killing on a rogue operation.