TUCK into the tennis and the taste of summer this week, with juicy deals on strawberries, cream and delicious deserts.

Lob in a bit of sunshine, serve up some sparkling summer drinks, enjoy a volley of laughter and you’ll be all set. And if you are planning a party over the fortnight that Wimbledon has us glued to the action, my strawberry recipes from morrisons.com will be ace.

RAISE your glass to the tennis with these top summer tipples:

A litre bottle of Pimm’s is £10 at Morrisons (England and Wales only) until Tuesday.

Save £2 on Sainsbury’s Taste The Difference Conegliano Prosecco, now £8.

Robinsons new Summer Strawberry, Cucumber and Mint Cordial is on special offer in Waitrose, £2 until July 16, down from £2.49.

Quench your thirst at at the same chain with two for £2.50 on Robinsons no-added-sugar orange squash, which are £1.53 each. 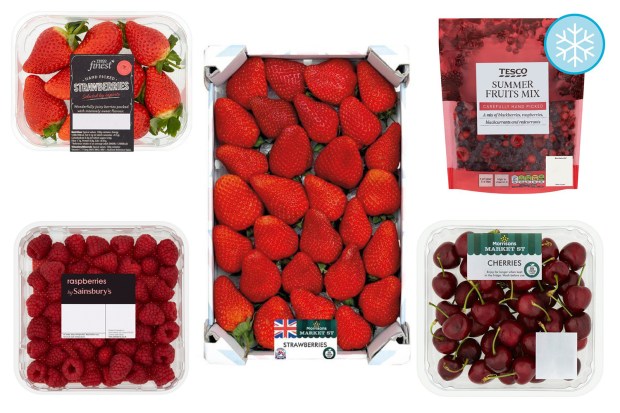 GET the pick of the season with these berry good deals:

Morrisons has two for £3 on selected berries including ­Market Street cherries, 250g, £2 until Sunday.

Perfect for summer pudding, get three packs of Tesco Frozen ­Summer Berries, 500g, for £5 or £2 each. 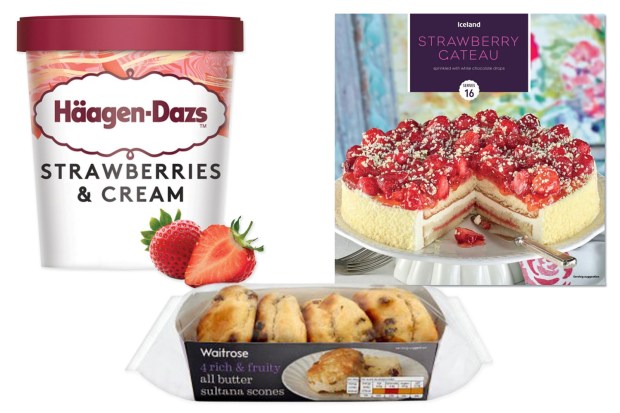 MAKE space for a sweet treat with these deals on scones, desserts and cream:

Pile your plates high with Iceland strawberry gateau, £4. At 1.2kg, it serves 16.