Turkey clams it has captured the sister of slain ISIS leader Abu Bakr al-Baghdadi and that her arrest is an intelligence ‘gold mine’.

The 65-year-old, known as Rasmiya Awad, was found living in a trailer container with her family in Syria, a senior official said.

A Turkish official said she was captured during a raid today near the town of Azaz with her husband, daughter-in-law and five children.

Little is known about the sister of al-Baghdadi, who was killed in a US raid in the nearby province of Idlib last month.

The area she was found is part of Syria that Turkish forces invaded last month following the withdrawal of US troops from the region. 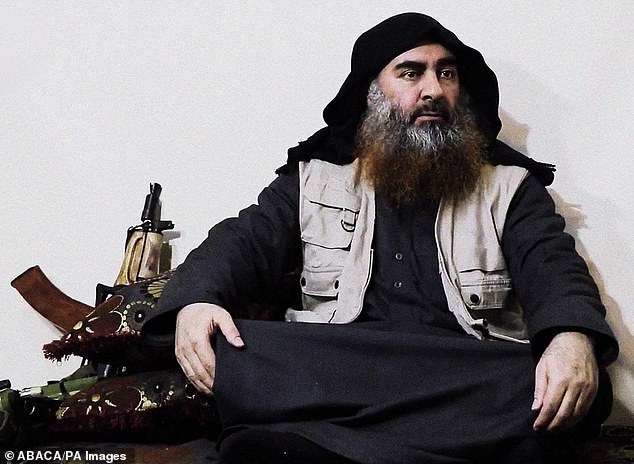 Abu Bakr al-Baghdadi appeared in video footage for the first time in five years in a propaganda video in an undisclosed location broadcast in April. He was killed by US forces last month 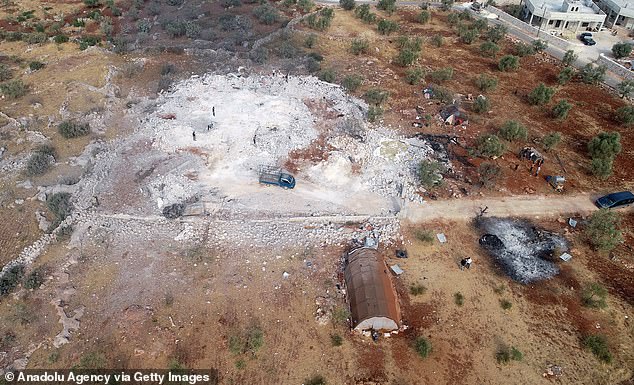 The adults taken into custody by the Turks are being interrogated, the official said, speaking on condition of anonymity In line with government protocol.

‘This kind of thing is an intelligence gold mine. What she knows about [IS] can significantly expand our understanding of the group and help us catch more bad guys,’ the official said.

Last August a different sister, whose identity was not released by authorities, was sentenced to death in Iraq.

She was found guilty of ‘offering logistic support and help to [ISIS fighters] in carrying out criminal acts’, according to reports at the time.

Al-Baghdadi was cornered by Delta Force commandos as they stormed his compound in the village of Barisha near Idlib, northern Syria, on October 26.

The extremist cleric blew himself up by detonating a suicide belt after running into a dead end and dragging three of his children with him to their deaths. 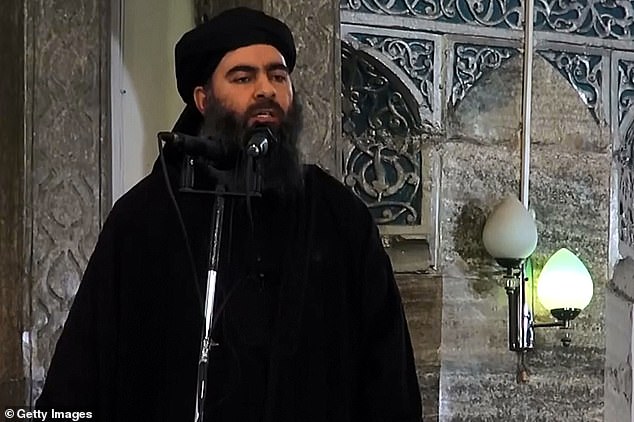 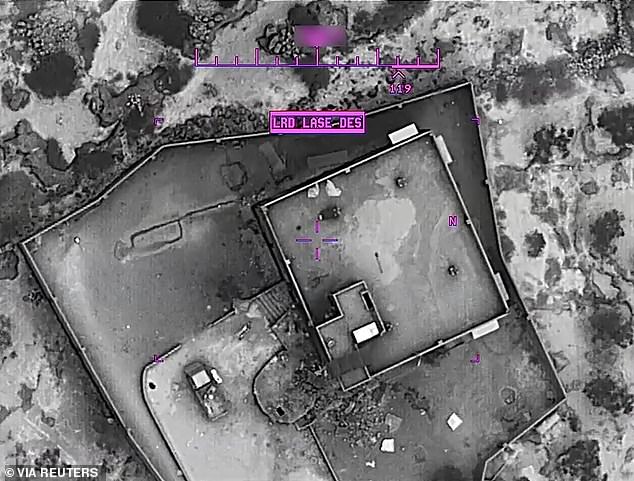 The compound of Islamic State leader Abu Bakr al-Baghdadi is seen moments before an air strike in the Idlib region of Syria on October 26, 2019

The raid was a major blow to ISIS, which has lost territories it held in Syria and Iraq in a series of military defeats by the US-led coalition and Syrian and Iraqi allies.

Many IS members escaped through smuggling routes to north-western Syria in the final days of battle ahead of the group’s territorial defeat earlier this year, while others have melted into the desert in Syria or Iraq.

The reclusive al-Baghdadi, who is Iraqi from Samarra, was known to be close to one of his brothers, known as Abu Hamza.

Al-Baghdadi’s aide, a Saudi, was killed hours after the raid, also in north-western Syria, in a US strike.

The group named a successor to al-Baghdadi days later, but little is known about him or how the group’s structure has been affected by the successive blows.