Two British fund managers, one with a serious heart condition, are set to be extradited to Sweden, where they face months in solitary confinement.

A UK court has cleared the way for the businessmen to be sent for trial over an alleged £70million fraud on a Swedish pension scheme.

Anthony Farrell, 51, from Newcastle-under-Lyme, and Christopher Thomas, 63, from Cranberry, both in Staffordshire, deny any wrongdoing. 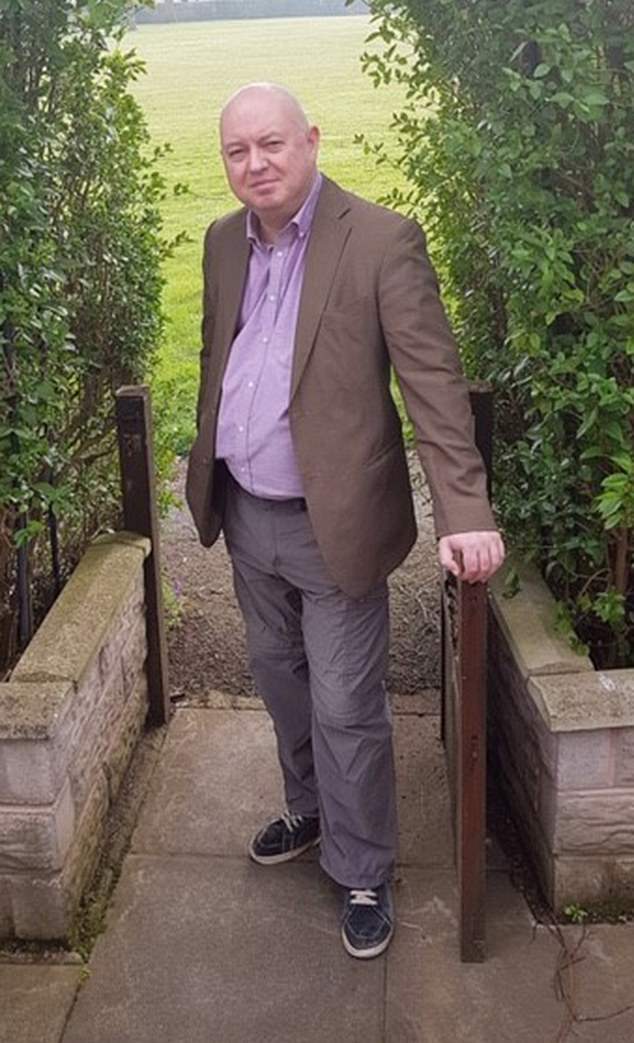 Anthony Farrell (above) and his former colleague Christopher Thomas are fighting extradition to Sweden. They say prosecutors’ plans to put them in solitary confinement to stop them colluding is a breach of their human rights

Scandinavian prosecutors say both men will be held in solitary confinement until their trial – which could be 18 months away – to prevent them colluding.

Their lawyers argued this is a breach of their human rights at Westminster Magistrates’ Court.

Mr Thomas, a father of teenage children, suffered a severe heart attack in 2012 and has stents for ongoing chest pains. Mr Farrell was the chief executive and Mr Thomas a portfolio manager at Malta-based Temple Asset Management.

TAM managed investments for Falcon Funds, a £213million pension fund. But its dominant investor, the Swedish Pensions Authority, suffered losses of £70million in 2017 and launched a criminal investigation, accusing Falcon and TAM of defrauding 22,000 pension investors.

Woman, 31, goes into anaphylactic shock after swallowing her partner's SEMEN
Taxi driver, 29, who claimed drunk female customer fell on him is convicted of rape
How fake news is SERIOUSLY damaging our health
Yankees beat Red Sox 11-6 clinch AL wild-card home field
Twitter users poke fun at BBC Tory leader debate stage setup
Zara takes a tumble as she falls off her horse at Burghley Trials
Entire British family of 12 who fled their home in Luton for Syria to join ISIS are all now DEAD
Fears of measles 'timebomb' as half a MILLION British children have not been vaccinated