These pictures show two eagles clawing at each other in a mid-air confrontation in Poland.

The two birds of prey scrapped and lunged at each other while flying inches off the ground in what the photographer said was a ‘power play’ between the two eagles.

The duel took place over grassy ground and above a pool of water, with other nearby birds watching cautiously and appearing to take evasive action.

Dutch photographer Jessica Blokland van Diën said she had travelled to Poland last winter to take the pictures where many of the eagles gather during the coldest season.

The 33-year-old said she had ‘made it my mission’ to capture the images, saying that in her home country it was unusual to see them so close up.

She said: ‘Even though they come together does not mean they are social creatures. If an eagle came to close to an other bird or tried to steal it’s food it would turn out into a fight sometimes between several birds at once.

‘The fights look very aggressive but it is more showing of who is boss than wounding each other what you see in the photo’s is mostly powerplay between one and other.’ 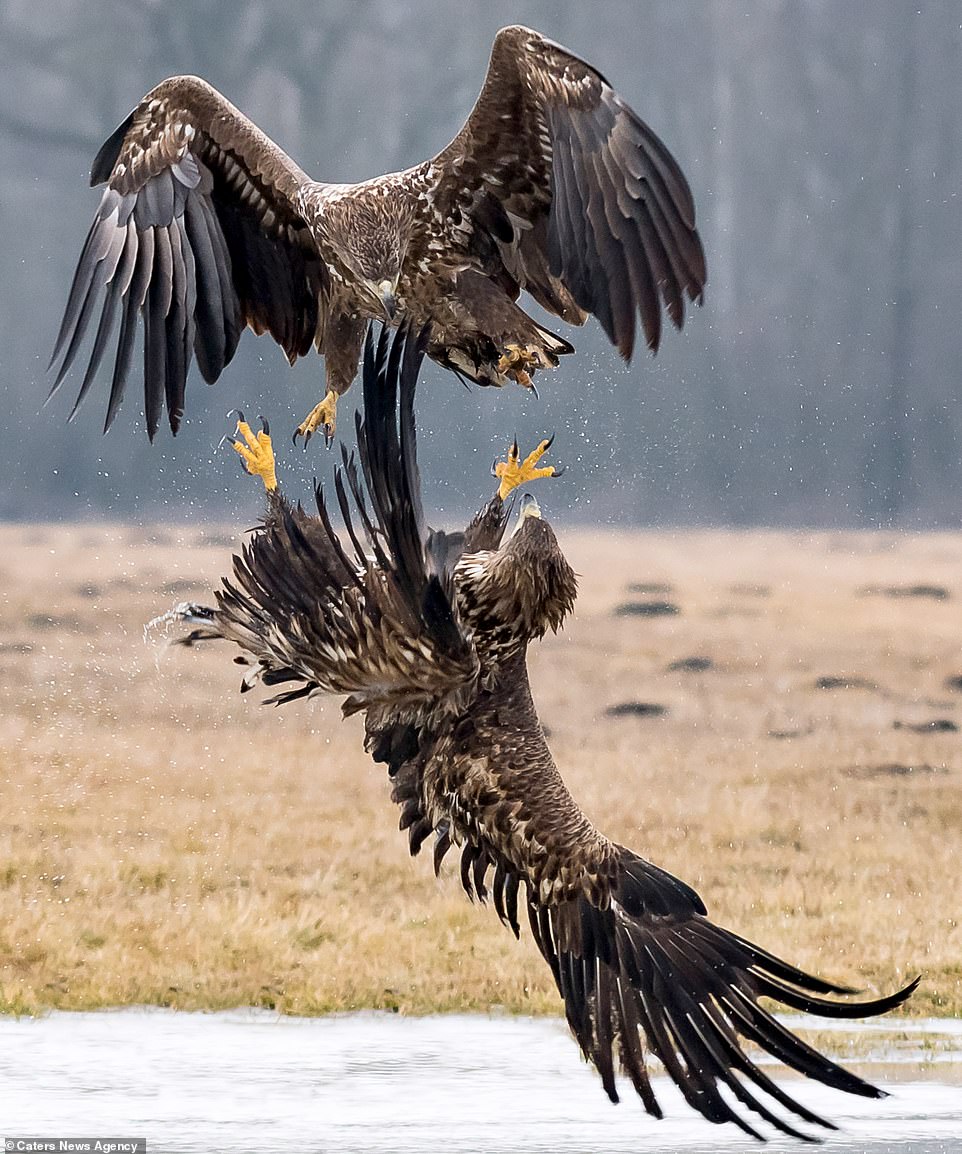 Eagle on eagle: One of the eagles soars over the other with its wings spread wide and its beak pointed downwards, while its rival bird is hanging upside down and appears as thought it is trying to flap out of the way 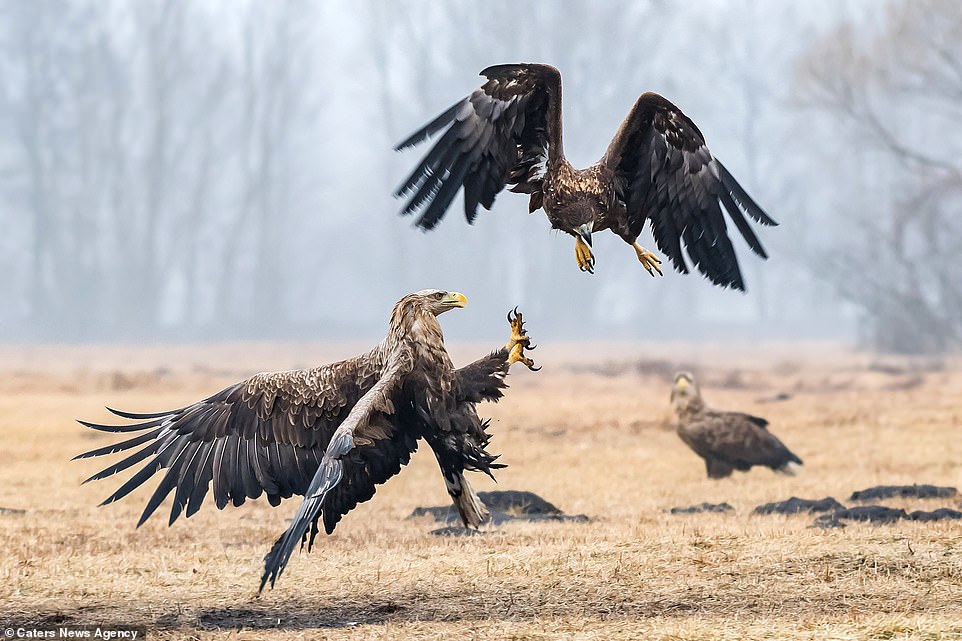 Claws out: One of the birds bares its talons with its wings spread out while the other flies just above the grassy ground, with another eagle watching on behind them in the Polish field 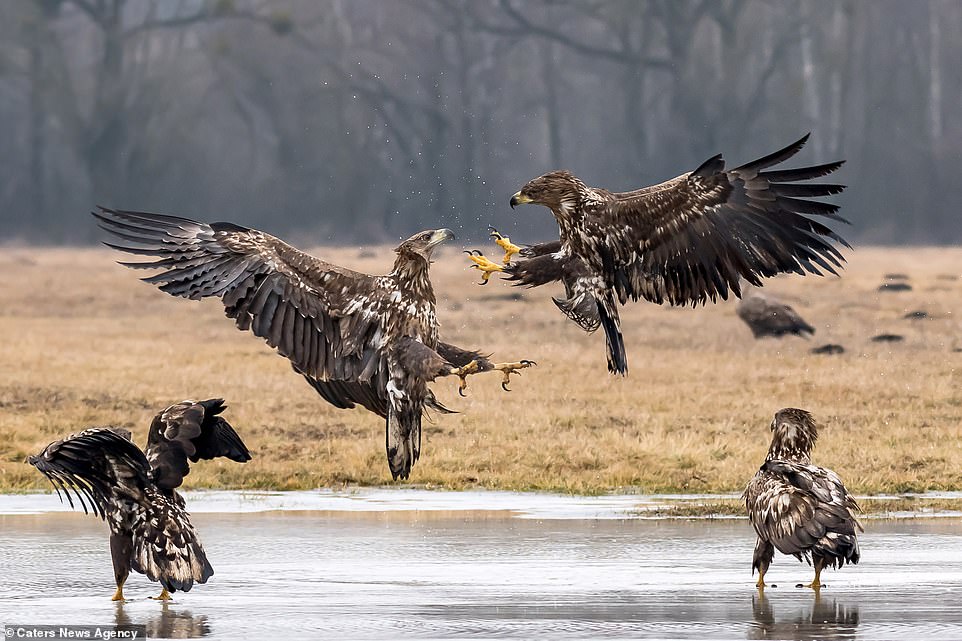 Mid-air meeting: The two eagles appear as though they are about to collide with each other as they both reach out with their claws, their eyes trained on each other. Another of the birds left, looks as if it is trying to take evasive action 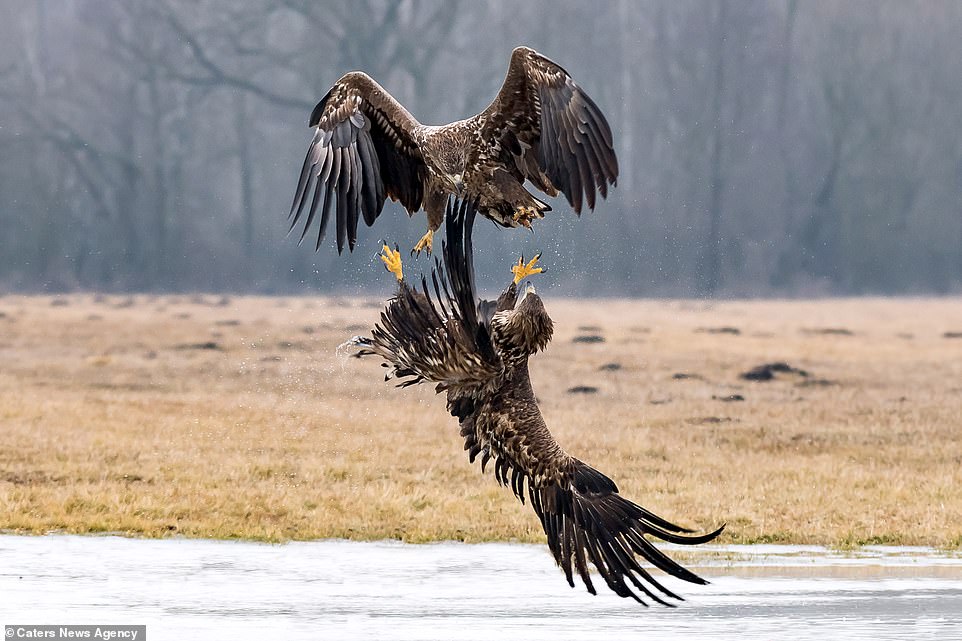 Top and bottom: The two eagles are hovering above a pool of water in this image, with one of the birds looking menacingly down while the other is at full stretch below it 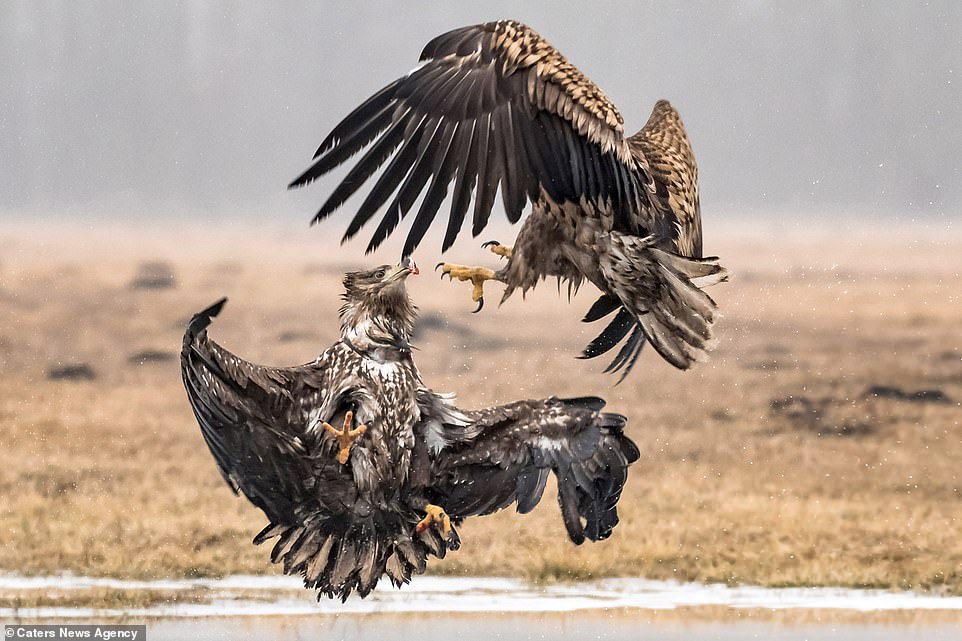 Staring it in the face: The left-hand eagle is staring right at its rival’s claws in this picture, with both birds’ wings spread out as they hover just above the water in central Poland 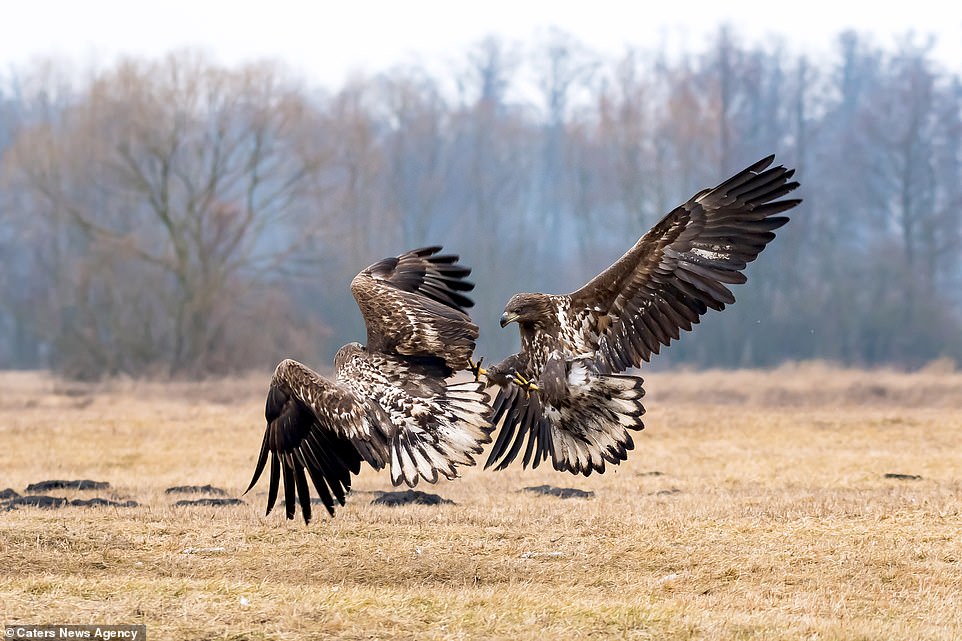 I’m coming: The right-hand eagle is a formidable sight as it swoops for its rival, baring its claws with its wings behind it 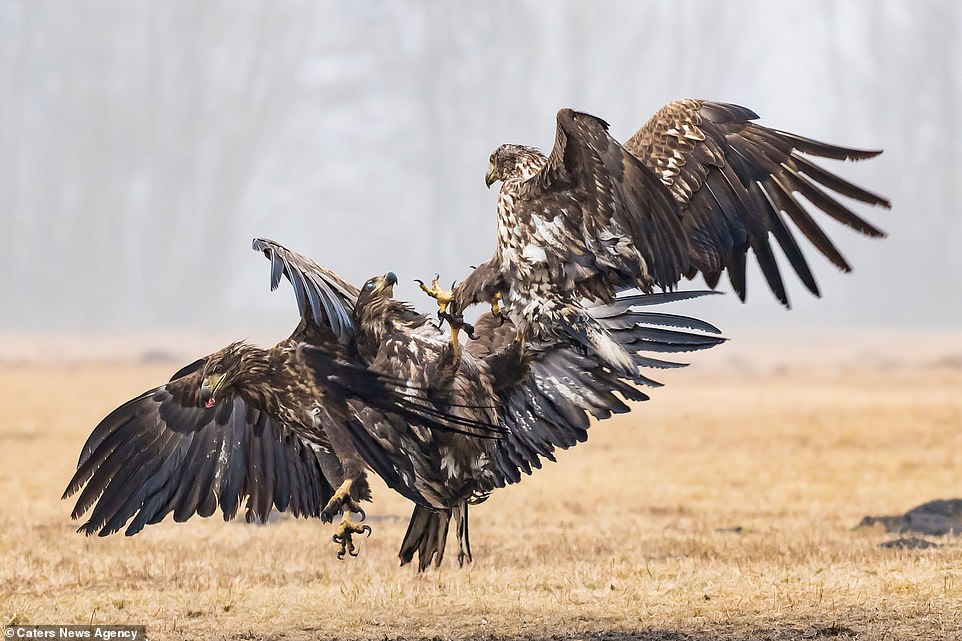 Touching hands: The two eagles’ claws are almost pressing against each other in this image with one of the birds seemingly forced towards the ground with its wings at full stretch 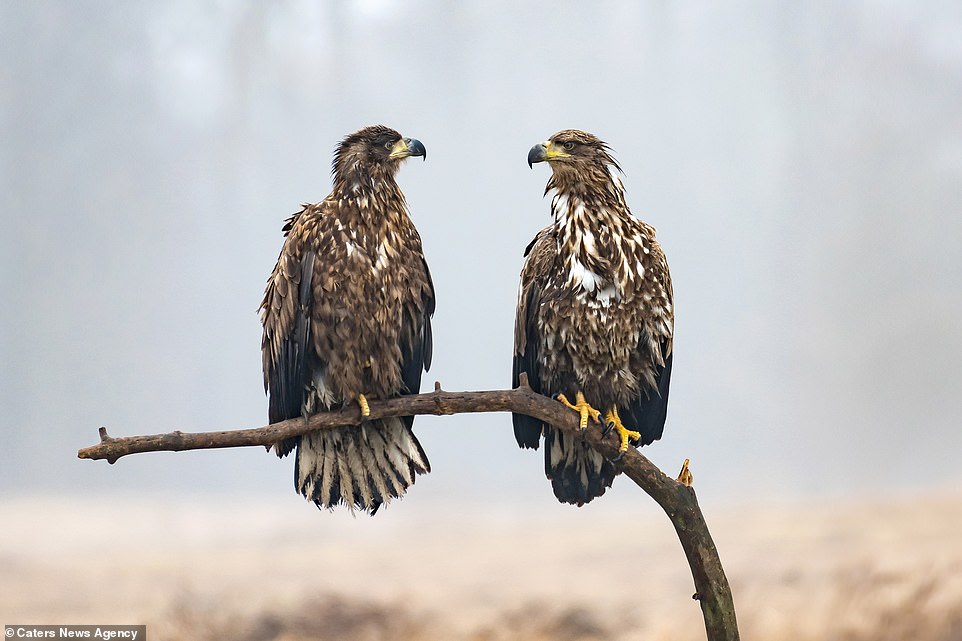 Calmer times: Two of the birds of prey sit on a branch and stare each other in the face, in one of the pictures by the Dutch photographer who said she had ‘made it my mission’ to take photos of the eagles