Britain’s borders are not ready for No Deal – with the risk that 3,000 lorries could be turned away from ports every day, the spending watchdog has warned.

The National Audit Office said there were still ‘significant risks’ to the smooth operation of the border – as it warned resolving them was ‘out of the government’s control’.

The flow of goods through Dover and Folkestone could be reduced by up to 65 per cent and could take a year to flow normally.

And the NAO said there were specific dangers for the supply of vital medicines after a No Deal Brexit.

The NAO said the government’s plans for ‘securing capacity for transporting category one goods such as medial supplies’ had a risk rating of ‘amber-red’ – meaning it was quite likely to fail. 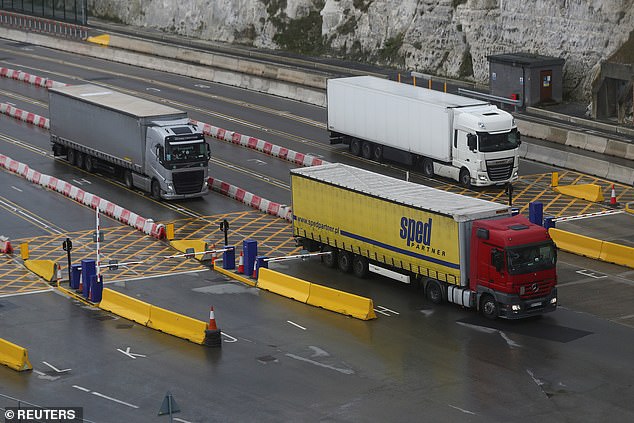 The watchdog said it was also likely that organised criminals will quickly exploit any perceived weaknesses or gaps in the enforcement regime.

Gareth Davies, the head of the NAO, said: ‘Preparing the UK border for EU exit with or without a deal is extremely complex and has required a huge amount of work from many government departments, agencies and third parties such as traders.

‘Despite their efforts, significant risks remain which may have consequences for the public and businesses.

‘Government will face new challenges in monitoring and responding to any disruption that may ensue following a no deal exit, and will need to replace temporary measures with sustainable long-term solutions to ensure the border is fit for purpose.’

Ministers have accepted that the border will be ‘less than optimal’ in the case of No Deal, which could mean disruption of goods crossing the border and queues for businesses and the public.

The government intends to apply temporary measures to give businesses more time to prepare and facilitate the flow of traffic.

These include ‘transitional simplified procedures’ which allow registered businesses to delay submitting customs declarations and payment of customs duties on imports from the EU to the UK. 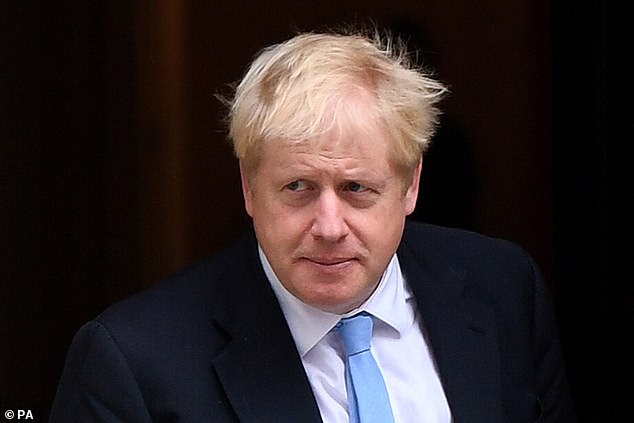 Government’s reasonable worst-case planning assumptions state that the flow of goods across the short Channel crossings could initially be reduced to 45 to 65 per cent, taking up to 12 months to flow normally.

Shadow home secretary Diane Abbott said: ‘It’s simply unacceptable that ministers who have been threatening to crash out with No Deal have left our border security so woefully underprepared.

‘The recruitment of Border Force personnel could also be too little, too late given the scale of the potential disruption. As the NAO makes clear, the government’s planned recruitment drive only just makes up for the numbers the Tories cut from 2014 onwards, despite a vastly increased workload.

‘The government talks tough on law and order, but the reality under them is cuts and chaos.’