BRITAIN is set to enjoy ‘wall to wall’ sunshine with highs of 24C this weekend.

Temperatures will reach mid 20s in the South of England on Sunday, as sunny skies return for many places across the UK. 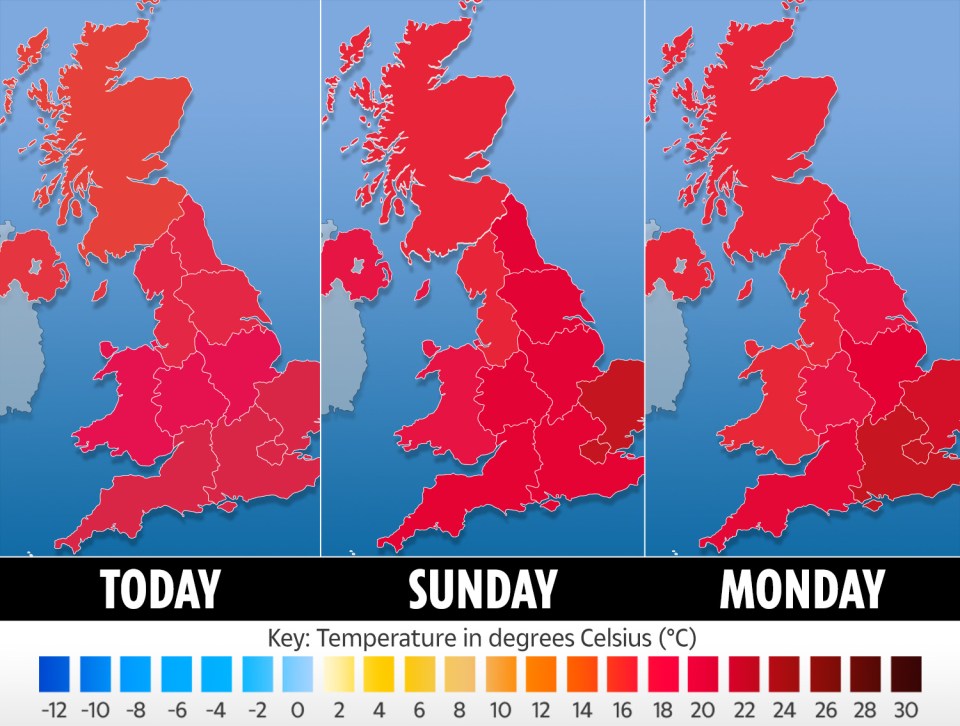 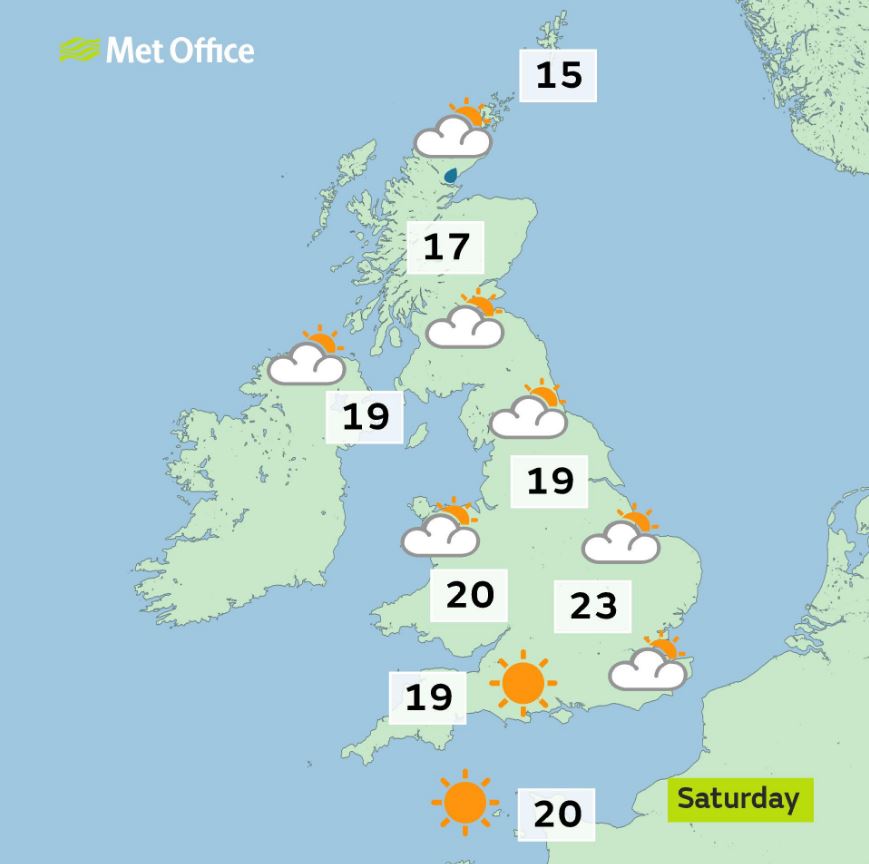 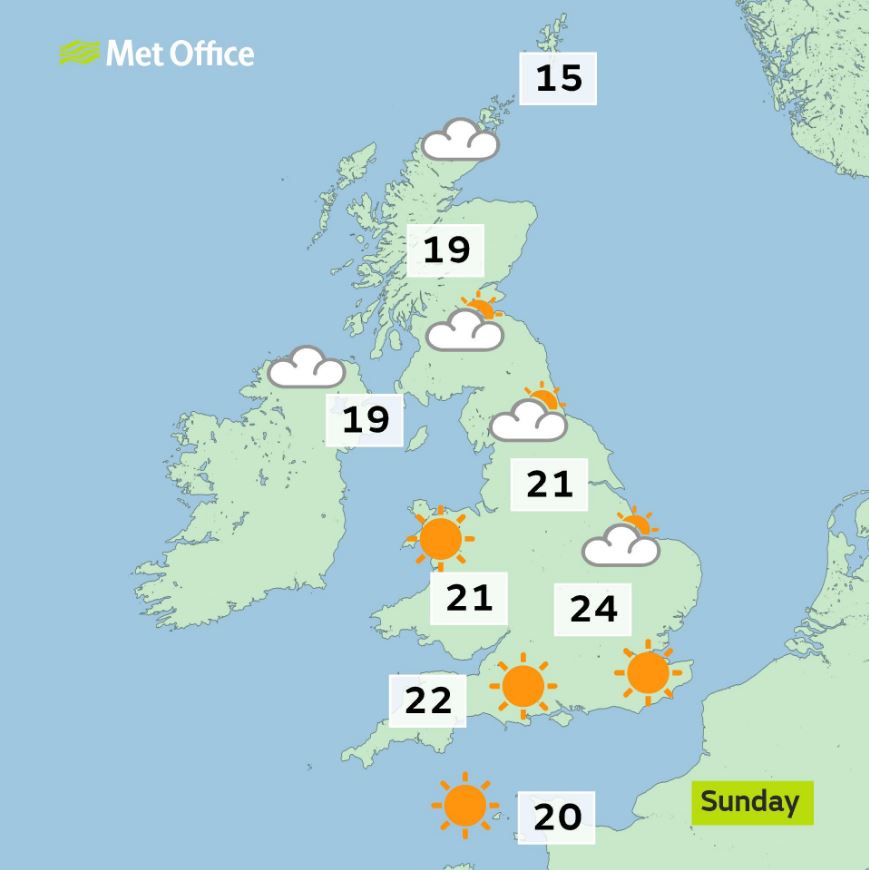 The Met Office told The Sun Online it is expected there will be “wall to wall sunshine” for much of Britain on Sunday.

This comes after showers hammered the country, as the remains of the tropical Storm Edouard moved across the Atlantic.

The summer showers will take a break this weekend – bringing a brighter and sunnier end to the week.

Tomorrow will be warmer, with the UK reaching over 20C in most places.

Leading bookmaker Coral has odds on at 1-2 for it to be the hottest July on record.

Coral’s Harry Aitkenhead said: “The rain of early July looks set to become a distant memory and we make this month firmly odds on to break the record as the hottest ever.”

Met Office forecaster Becky Mitchell said things will be dry with sunny spells on Saturday with highs of 22C before the temperature then climbs.

She said: “Moving onto Sunday its wall-to-wall sunshine across the bulk of England and Wales, so blue skies and dry.

Ms Mitchell said highs of 24C are expected for Sunday, before making way for potentially even warmer temperatures on Monday which could climb to 26C.

However, she added the hot and dry weather across the southern part of the country may ease later in the week due to uncertainty from tropical cyclones in the Atlantic.

He said: “On Sunday temperatures will be around 24C to 25C, and it’ll be warm especially towards the South East.

“Saturday’s expected highs are between 22C and 24C.

“On Monday we may see temperatures of 25C to 26C in the far South East. It will warm up gradually as the week goes on, it’s not going to quickly shoot up.

“Generally the dry and sunny weather will persist over that period for most of England and Wales.”

With sunshine and high temperatures on Monday, Brits will likely be hitting beaches and parks once again making the most of eased lockdown restrictions.

It comes after extraordinary scenes at the end of June when soaring temperatures of over 33C saw hundreds of thousands of people swarm to the seaside despite the pandemic.

Downing Street had to issue a fresh lockdown warning – urging people obey the rules and continue to adhere to social distancing guidelines.

Boris Johnson’s spokesman warned further lockdown measures could be in placed if the rules are again ignored by Brits.