Britain is basking in glorious spring sunshine today while Corsica shivers under a thick blanket of snow.

Scotland has already had its hottest day of the year with the mercury hitting 77F (25.2C) this afternoon, while large parts of northern England enjoy warmer-than-usual temperatures too.

Sunbathers were out in full force during their lunch breaks in London and other parts of the south east.

The Met Office has warned Britons to apply sun screen if they are heading out to enjoy the good weather, as UV levels are particularly high today.

With a record of 78F (25.8C) to beat, if temperatures manage to creep up just a little bit, today could be the hottest year of 2019 for the whole country. 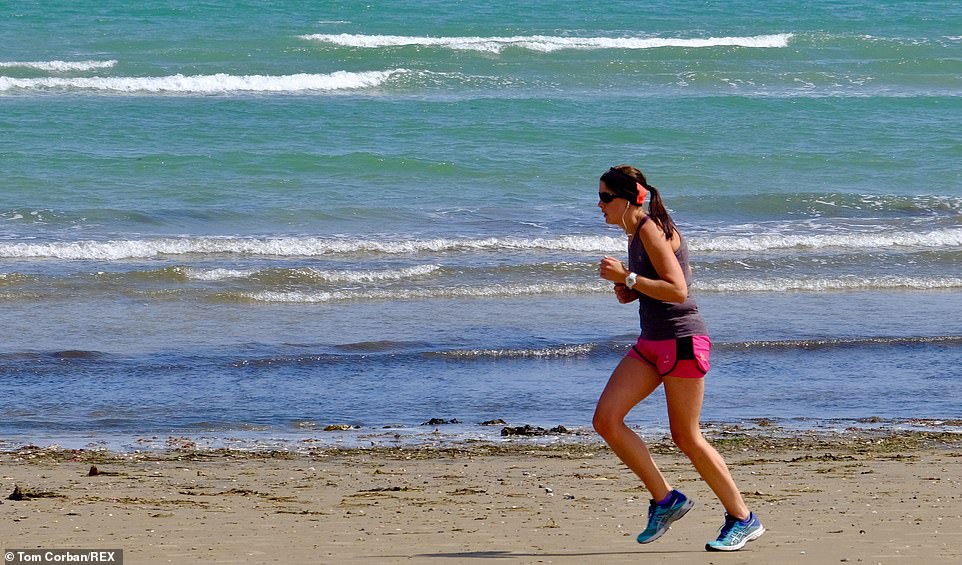 A lightly-dressed runner jogs along a beach in Weymouth, Dorset as the nation basked in sunshine today 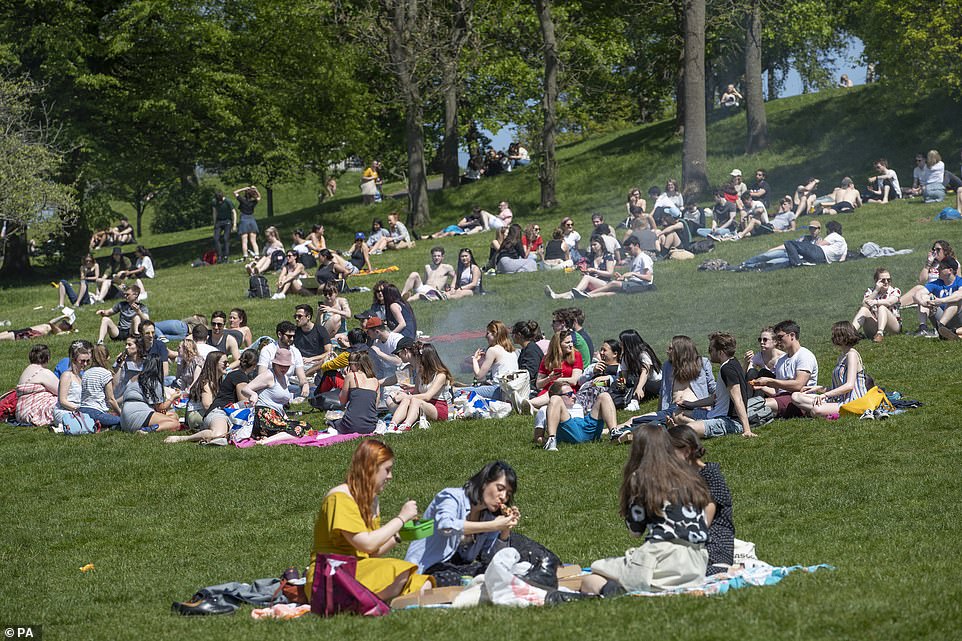 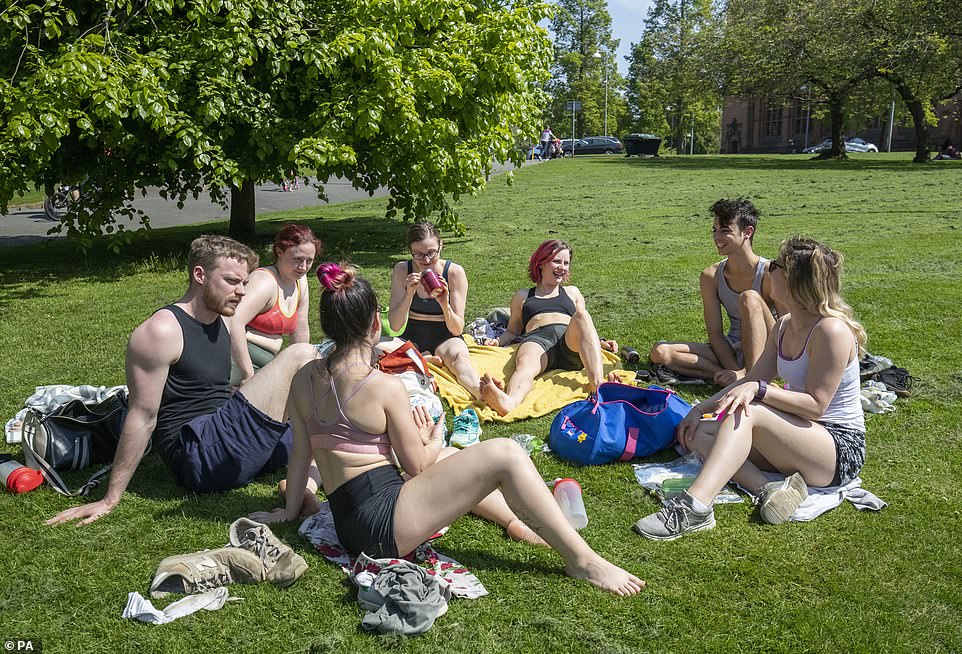 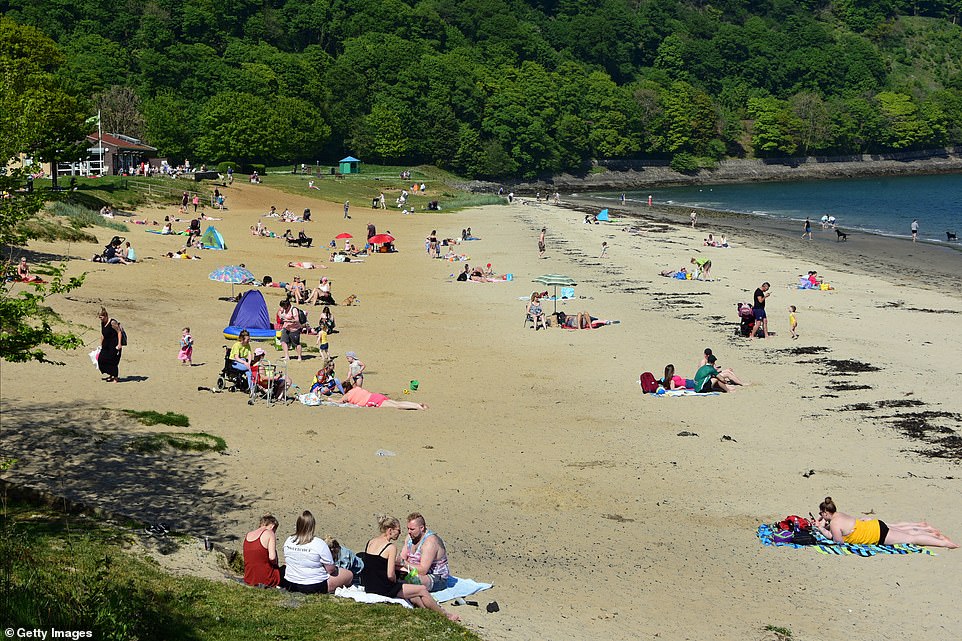 And revellers descended on Silver Sands beach in Aberdour, Scotland to soak up the sunshine on the nation’s warmest day so far 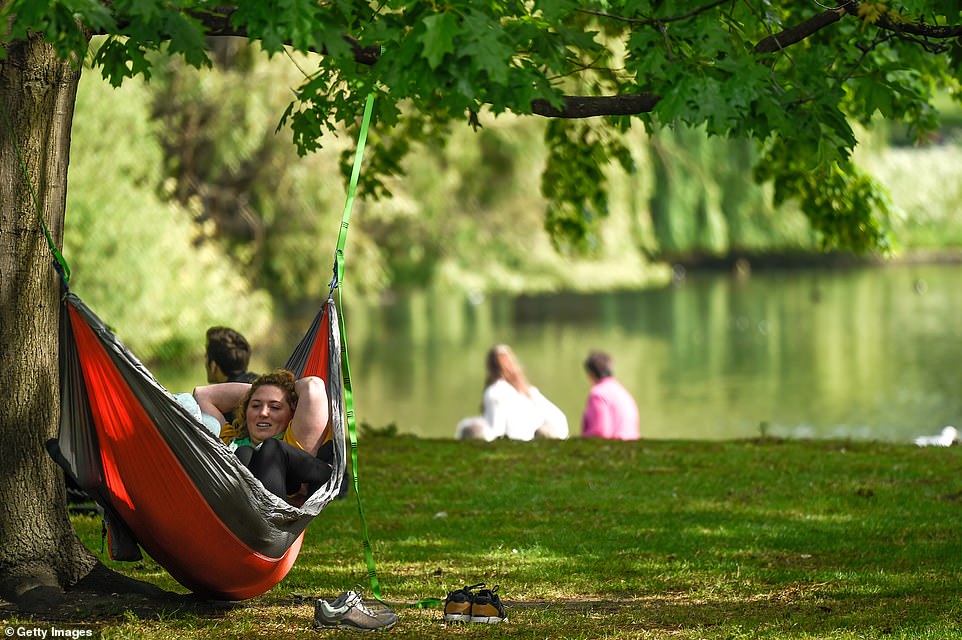 St James’s Park was a hotspot for people in central London to hang out in, with one woman even bringing her own hammock which she strapped to a tree by the lake 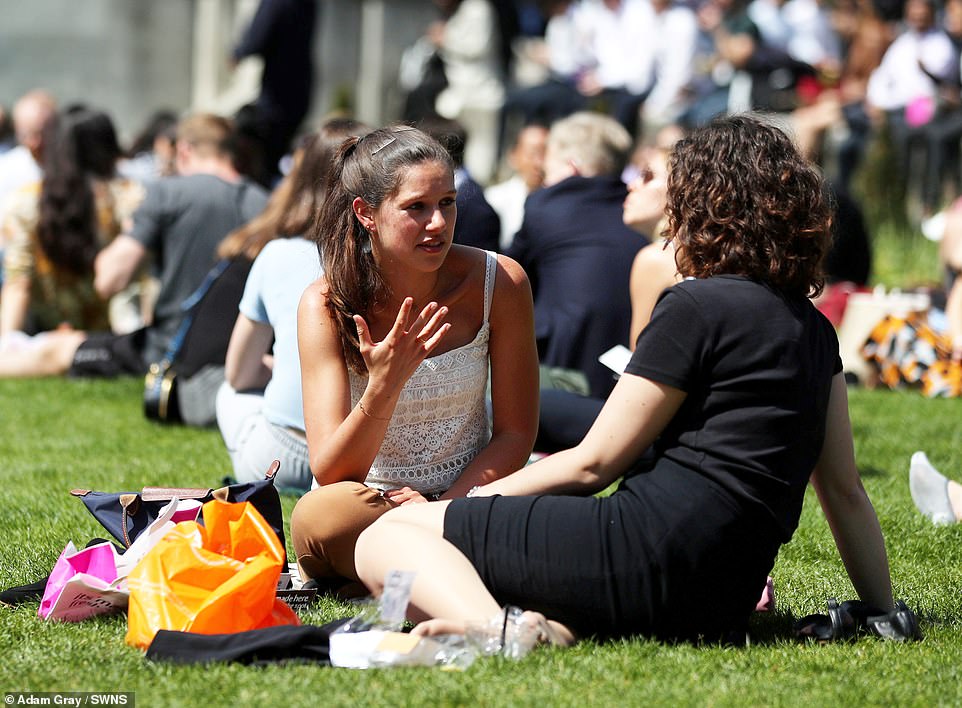 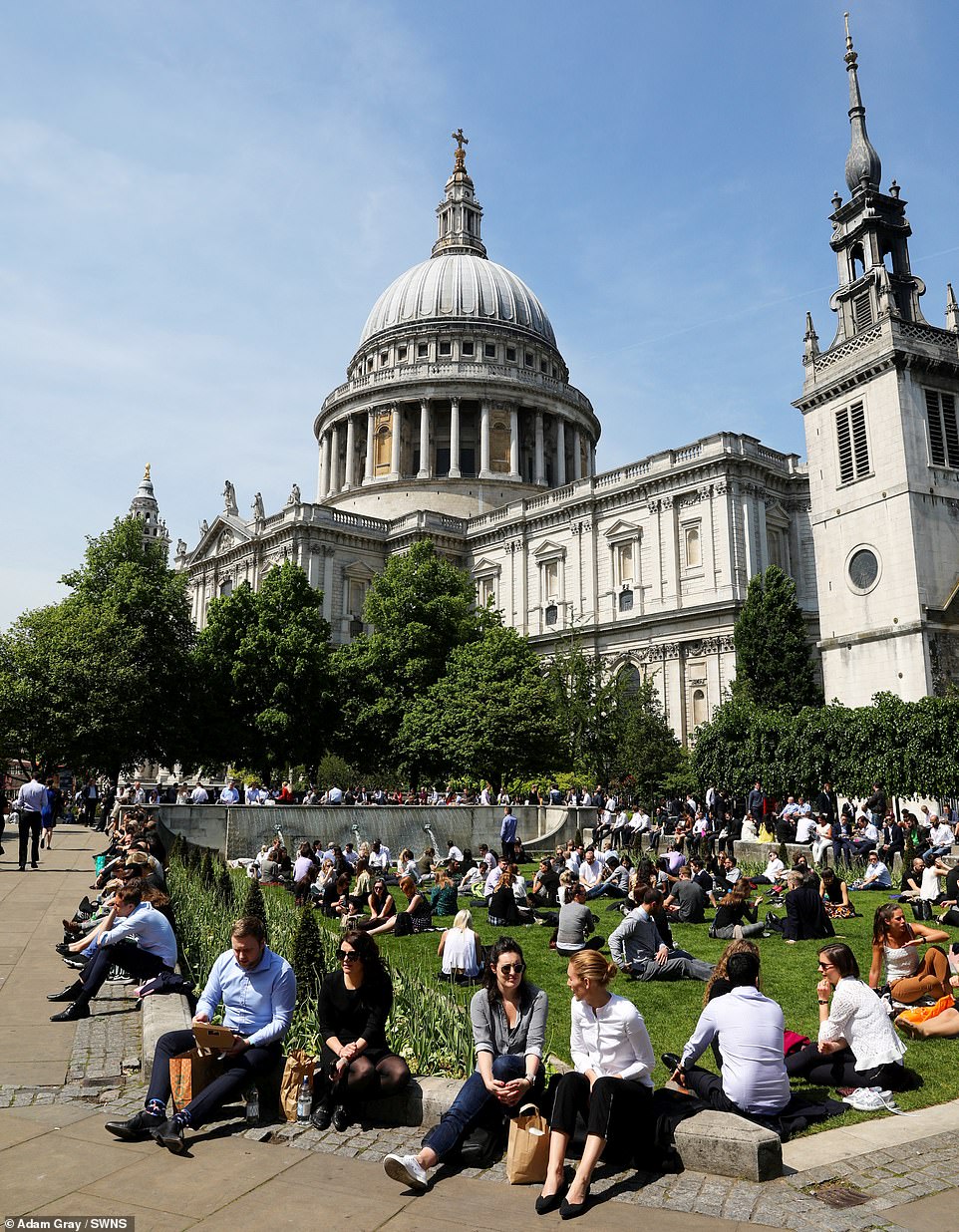 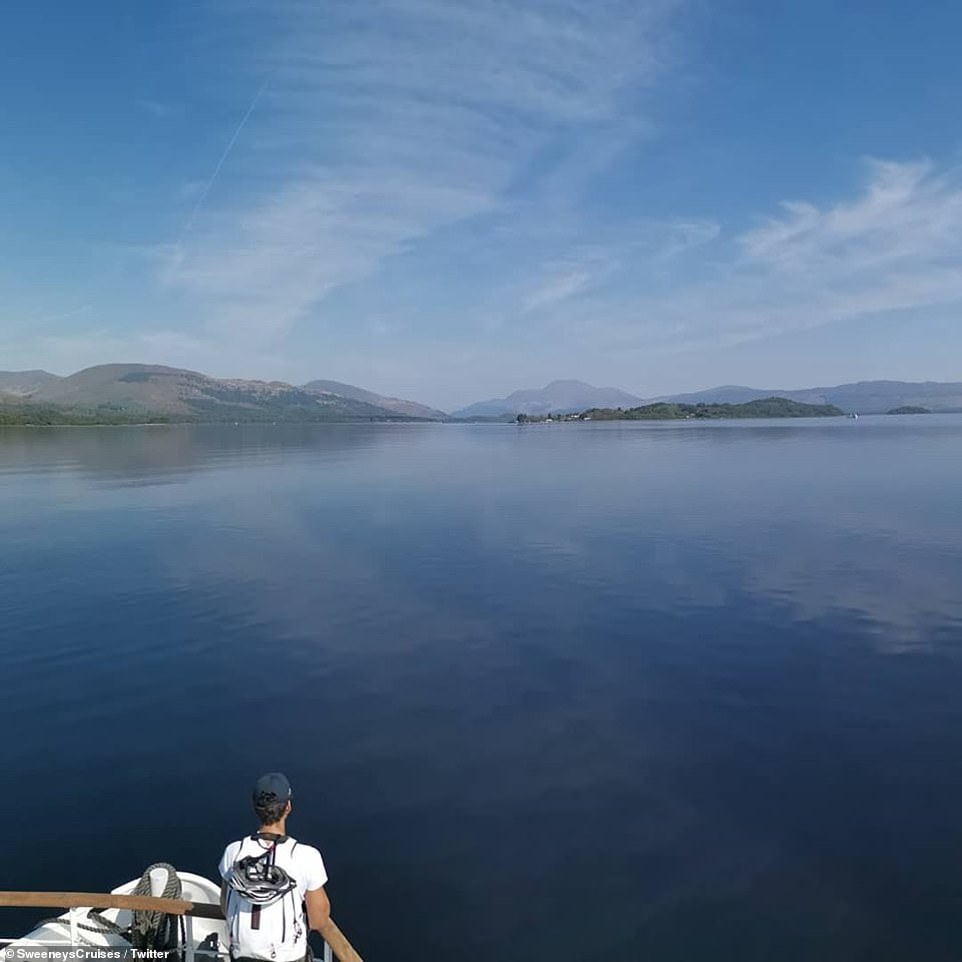 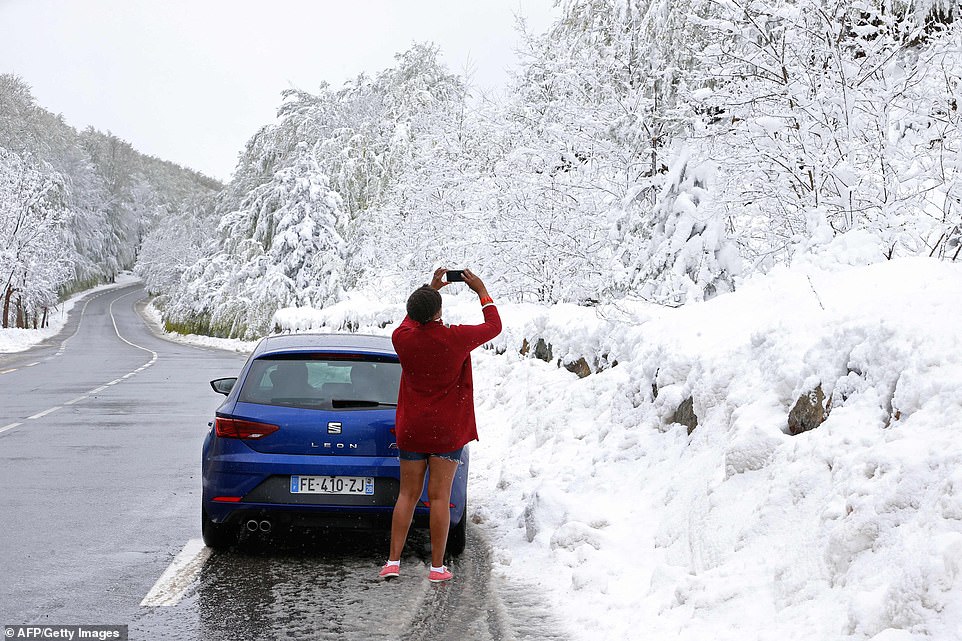 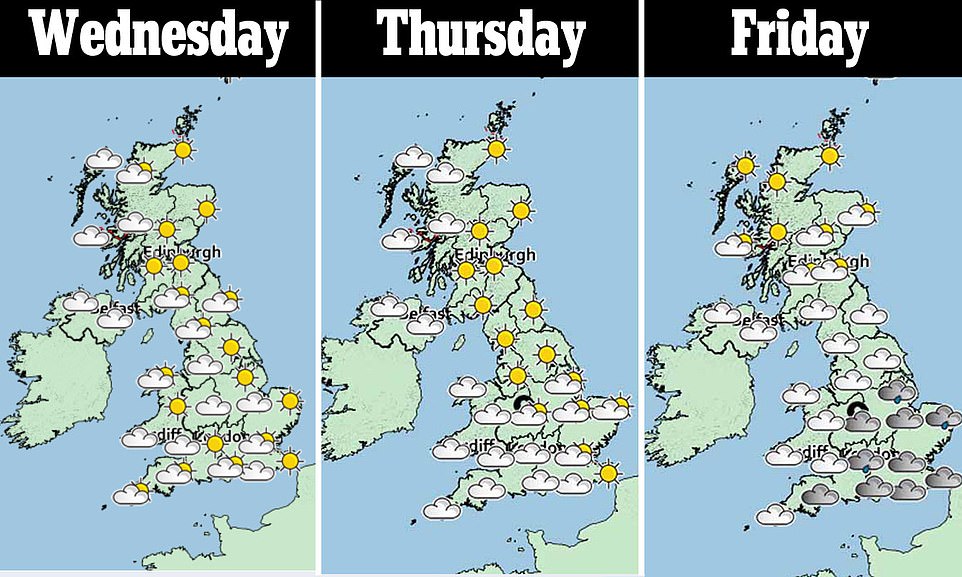 A three-day weather forecast shows Scotland, parts of northern England and the Midlands covered in sunshine today and tomorrow before rain and cooler conditions creep in on Friday and throughout the weekend

Weather experts are urging people up and down the UK to make the most of the good weather before rain and cooler temperatures move in later this week.

The weekend could mean low cloud, heavy showers and thunder for some as the mercury dips on Friday and into Saturday.

Met Office spokesman Helen Roberts told MailOnline: ‘Nearly everyone in the country has had sunshine today and tomorrow will be a decent day again for most with more sun.

‘As we move into Friday an easterly wind will bring cold weather to large parts of the country. The weekend will be sunny spells and showers with temperatures in the mid teens.’

Met Office meteorologist Craig Snell added: ‘We’re going to be expecting very dry weather with plenty of sun within the next three days.

‘The temperature will peak on Wednesday, reaching 24C in parts of Scotland and northern England.

‘We’re going to see some rain creep in the the second half of the week, as temperatures will begin to settle down on Friday.’ 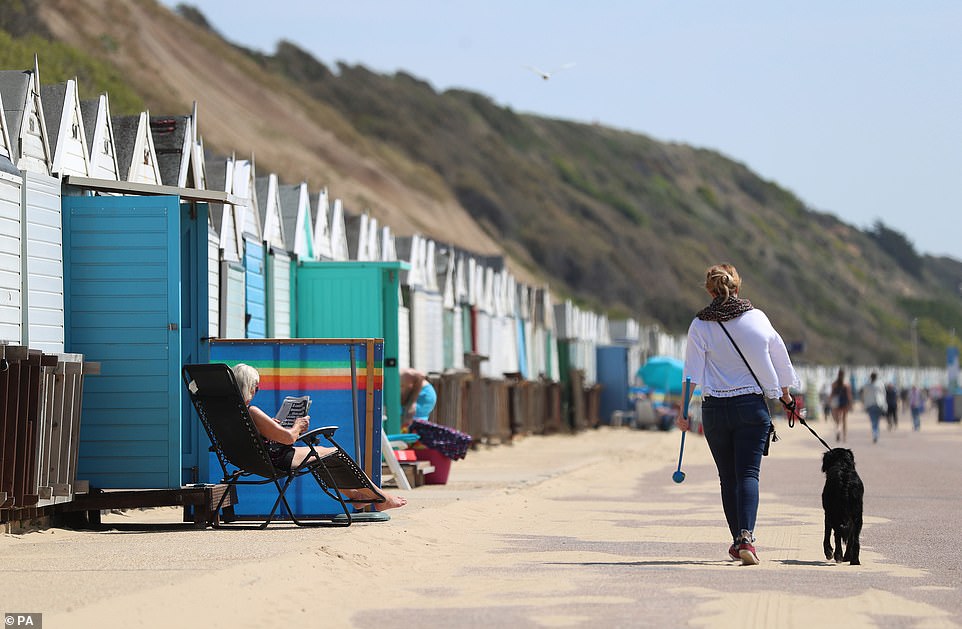 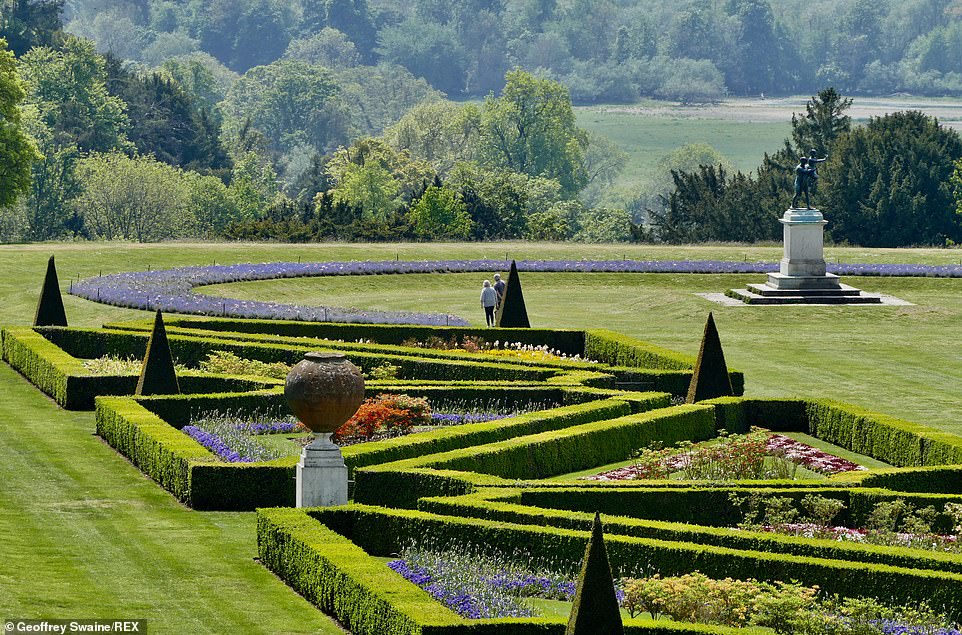 Cliveden House in Taplow, Buckinghamshire was covered in sunshine today as walkers enjoyed the pleasant conditions 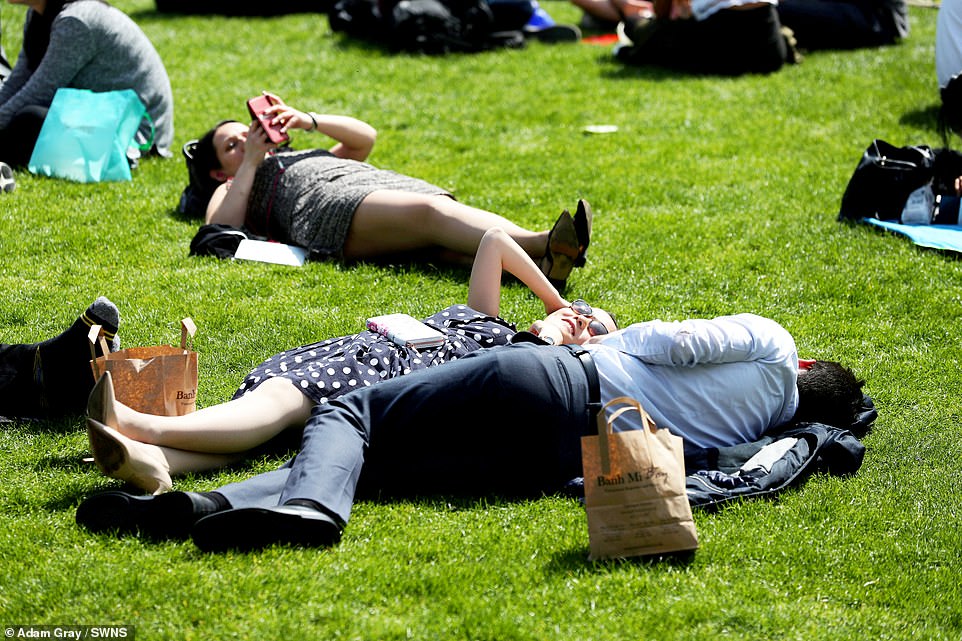 Here comes the sun! Workers are pictured relaxing in the sunshine during their lunch breaks in central London today