Temperatures fell as low as -8C (46F) in Britain overnight as chilly April weather continued to grip the country today – but warmer conditions are expected to return from the weekend as the mercury hits 18C (64F) next week.

This month so far has been very cold for the time of year, with average daytime temperatures 2.7C below the normal level for April, night-time temperatures 3.2C below average and snow falling across many areas.

The coldest temperature recorded overnight into this morning was -8C (17.6F) at Braemar in Aberdeenshire, with England not far behind at -7C (19.4F) in Otterburn, Northumberland, and -5.1C (22.8F) in Thetford, Norfolk.

And this week will remain cold with maximums of only 12C (54F) expected in the South East, before Saturday brings slightly higher temperatures of 14C (57F) in time for Prince Philip‘s funeral at Windsor Castle.

Conditions will continue to gradually warm up into next week with the Met Office expecting temperatures to ‘likely remain at or slightly below average at first, before recovering to potentially slightly above average at times’. 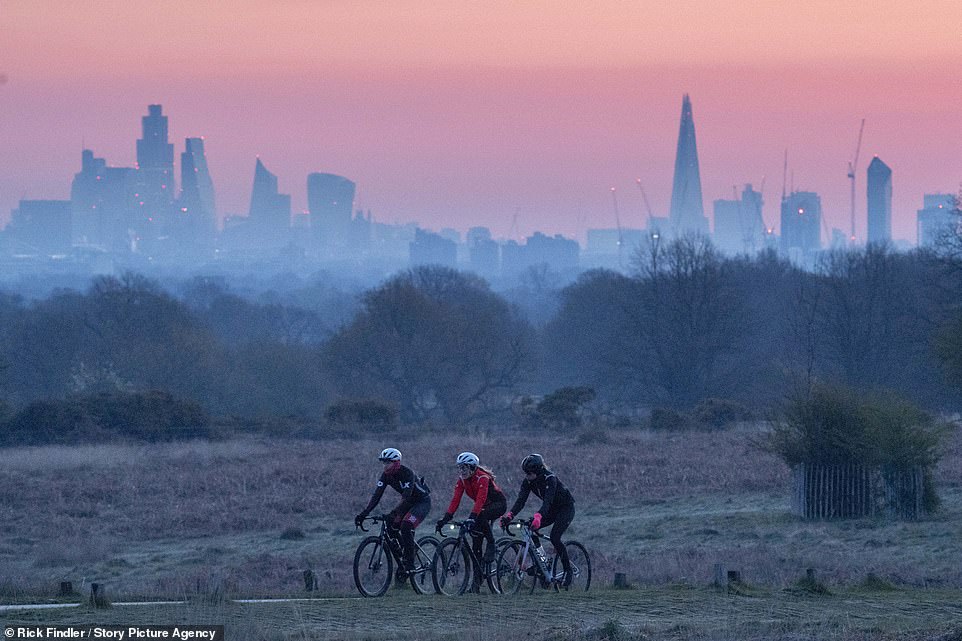 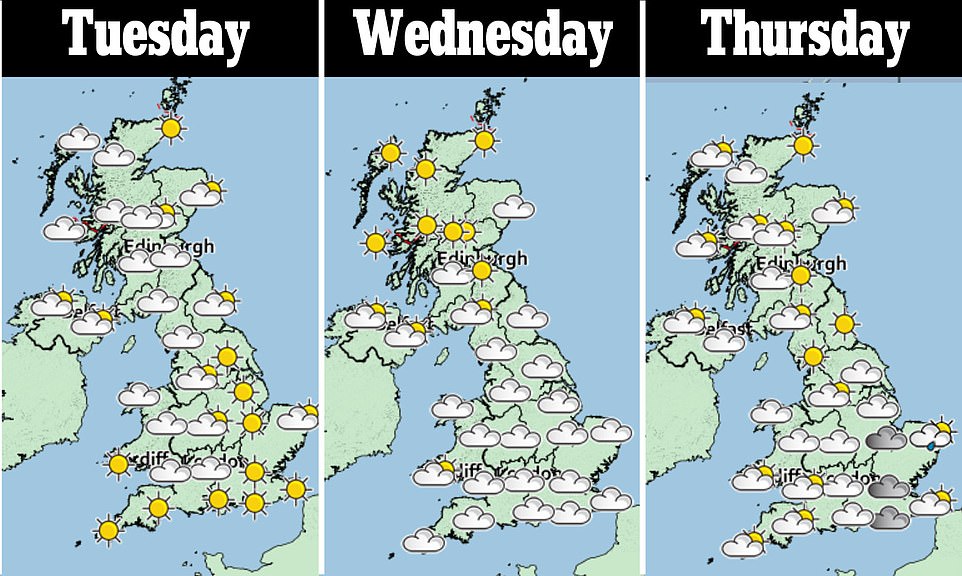 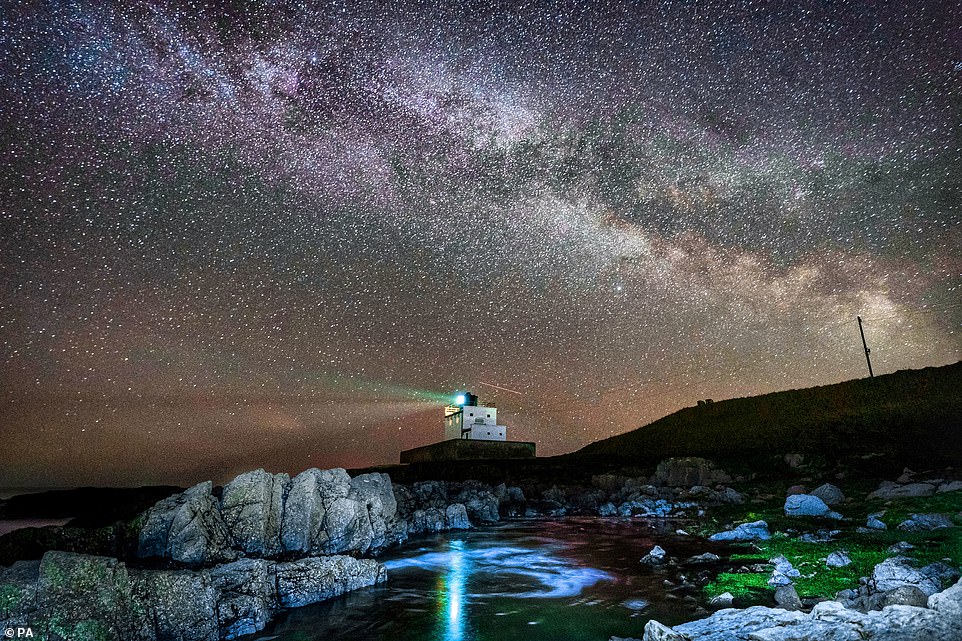 The mercury is then expected to hit 18C (64F) by next Friday, although this will still be nowhere near the levels hit on March 30 which brought the UK’s hottest day of the year so far with 24.5C (76.1F) recorded in London.

Nicola Maxey, a forecaster at the Met Office, said there would be another chilly night tonight, adding: ‘We’re going to start seeing temperatures recover during the week but they’re still going to be below average.’

Yesterday’s reopening of non-essential shops and outdoor hospitality was met with sub-zero temperatures and snow showers, although the unseasonal overnight freeze did not prevent shoppers from queuing on high streets.

While the weather is expected to stay largely dry for the rest of the week, forecasters warned al fresco customers that temperatures would remain low as pubs, restaurants and cafes were allowed to start serving outdoors again.

There was light snowfall across southern England and Wales, though most did not settle. The deepest was seen at Lake Vyrnwy in Wales, with 7cm (2.7in), while Little Rissington in Gloucestershire, England, recorded 4cm (1.5in).

Yesterday Scotland had its coldest April temperature in eight years when the mercury plunged to -9.4C (15F) at Tulloch Bridge, in Inverness-shire, one day after -8.3C (17F) was recorded at the same location the previous day.

Speaking about the especially cold weather in Scotland, Ms Maxey said: ‘This is caused when you have very sunny days at this time of year. You don’t have any cloud cover to hold in the heat.

‘The start of April has been pretty cold in Scotland, with the average day time temperature 2.7C below what we would expect. As for the mean temperature, Scotland is 3.5C cooler than average.’

It comes as beer gardens and outdoor dining areas in England have been allowed to reopen in line with the latest easing of Government lockdown restrictions yesterday. 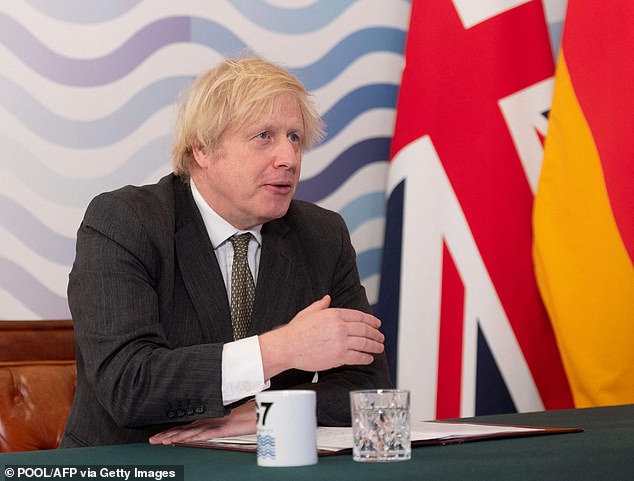 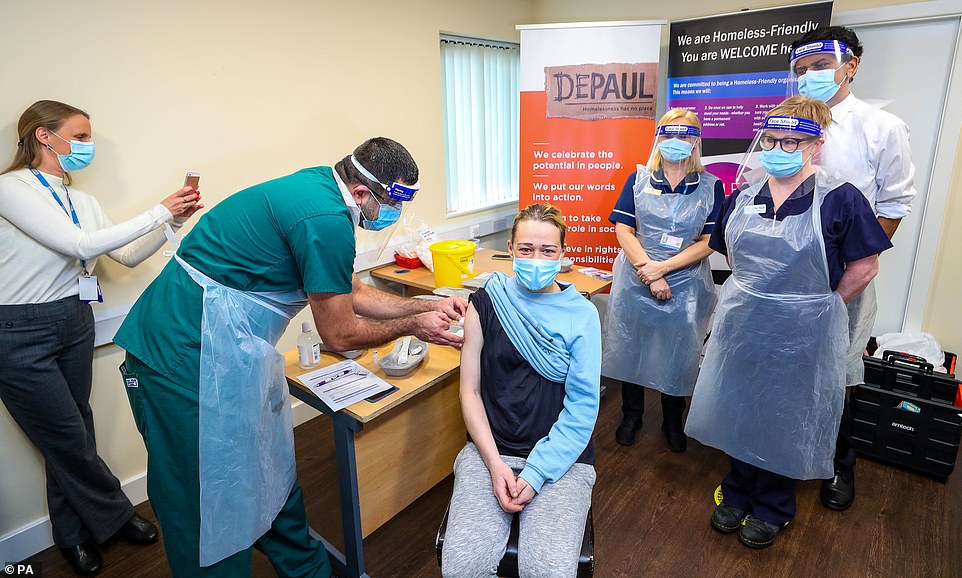 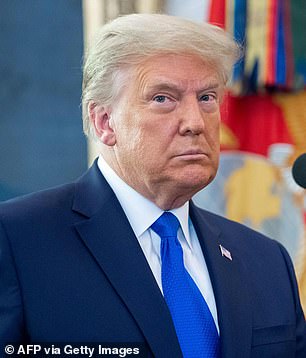 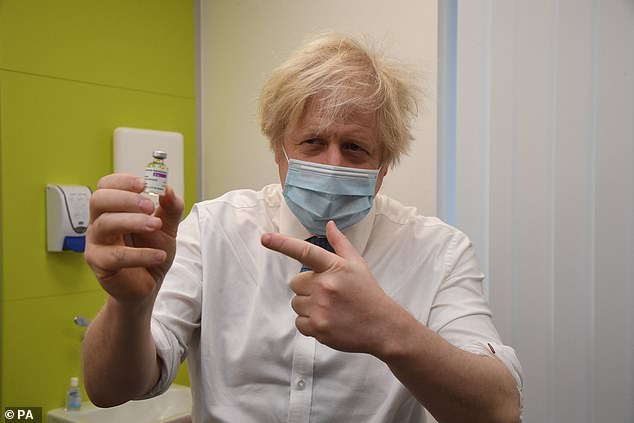 Coronavirus vaccine for every adult in Britain by July 31st: Boris will accelerate inoculation drive 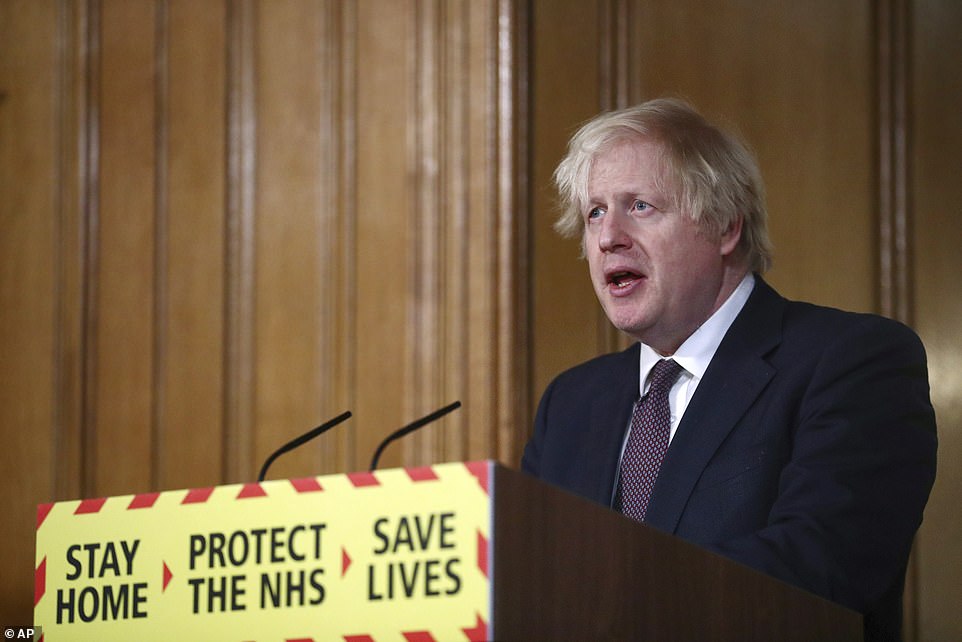