A Ukip branch chairman who tried to smuggle £250,000 worth of an unlicenced ‘wonder drug’ made of human blood is facing jail.

Brian Hall, 67, was caught with nearly 600 vials of ‘GcMAF’ – which was said to cure HIV, cancer and autism – as he boarded a ferry from Poole to France.

Hall had obtained the drug from a secret laboratory in Cambridge and was planning to return to the UK via a private plane later that day, Southwark crown court heard.

He claimed he was trying to cure his wife’s cancer but was found guilty by the jury at Southwark crown court.

A month before Hall was stopped on 21 February 2015 inspectors had found a secret laboratory in the village of Milton just outside Cambridge, where the drug which contained blood plasma, was manufactured.

The drug’s creator David Noakes, 65, has admitted charges including manufacturing a medicinal product without a manufacturer’s licence.

His wife Loraine Noakes, 58, has pleaded guilty to the sale and supply of GcMAF.

Judge Nicholas Loraine-Smith said: ‘There has been nothing like this before on such a scale for a medicine which contains human plasma.’

The court heard a laboratory making the drug had been shut down by authorities. 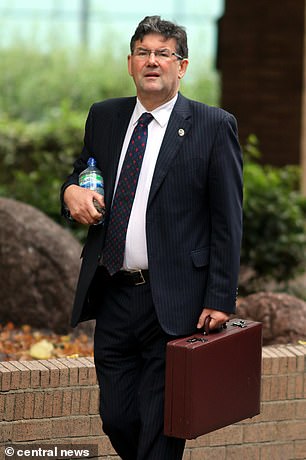 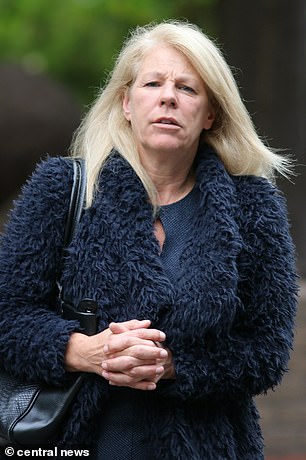 The judge said: ‘Following the destruction of Mr Noakes’ GcMAF, he asked Mr Hall to carry a quantity of medicine to France where he could distribute it more easily throughout Europe.’

Hall attempted to board a ferry from Poole harbour to Cherbourg but, when he tried to go through security, officers detected the 597 vials in his suitcase.

Police traced Hall’s car to Poole airport, where he had planned to return later that day.

Flight records showed that a private plane had been arranged by a company owned by Noakes to fly Hall back from Cherbourg.

Hall has previously stood as a UKIP candidate for Enfield and Haringey in the London Assembly electons.

He told jurors his wife, Janice, was diagnosed with stage 3 tonsil cancer in 2012 and he was searching for alternative treatments. 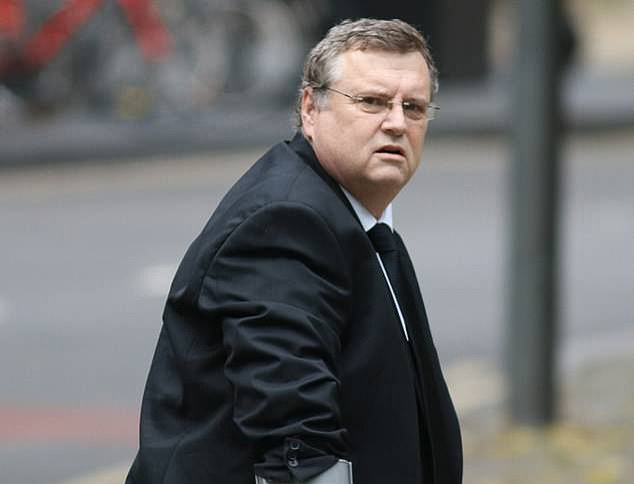 Rodney Smith, one of the scientists who worked for the company, pictured outside court

Hall said he he had known Noakes for 20 years but claimed he did not know Noakes was manufacturing the banned drug.

‘I don’t know anything about a secret lab in Cambridge,’ he told the court.

‘I didn’t know it was unauthorised – I wouldn’t have done it if I had known – I first found out after I was arrested.’

Hall, of New Southgate, north London, denied one count of possession of an unauthorised medical product but was convicted.

Former Guernsey resident David Noakes, of Waldershare, near Dover, has admitted two counts of manufacturing a medicinal product without a manufacturer’s licence, two of selling or supplying medicinal products without market authorisation, and one count of money laundering.

Scientists Dr Rodney Smith, 55, and Emma Ward, 44, both of Huntingdon, Cambridgeshire, have admitted two counts of manufacturing the drug without a license, two counts of selling or supplying and one count of possessing the unauthorised medicine.

They will be sentenced next week.