An unvaccinated British mother and her daughter have died less than a fortnight apart in hospital after both contracted coronavirus, leaving their family ‘devastated’.

Sammie-Jo Forde, 32, died in Ulster Hospital near Belfast last Saturday, only 11 days after her mother Heather Maddern, 55, passed away in the same ward on August 31.

Miss Forde’s father Kevin McAllister said it will ‘haunt me for the rest of my life’ that his daughter did not take the vaccine, adding that she leaves behind four children.

Both Miss Forde and Ms Maddern – who were only two beds away from each other in hospital – were care workers who looked after elderly people in their own homes.

Miss Forde, who had no underlying health conditions, had been texting her father while she was being treated in hospital and told him: ‘Dad, Mummy’s passed away.’

Mr McAllister, who also has two sons, said he did not understand why neither his daughter nor Ms Maddern, who is his ex-partner, decided not to have the jab. 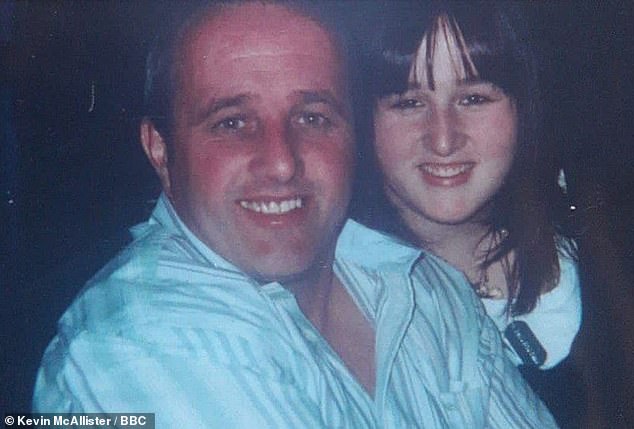 Kevin McAllister is pictured with his daughter Sammie-Jo Forde, who died in Ulster Hospital 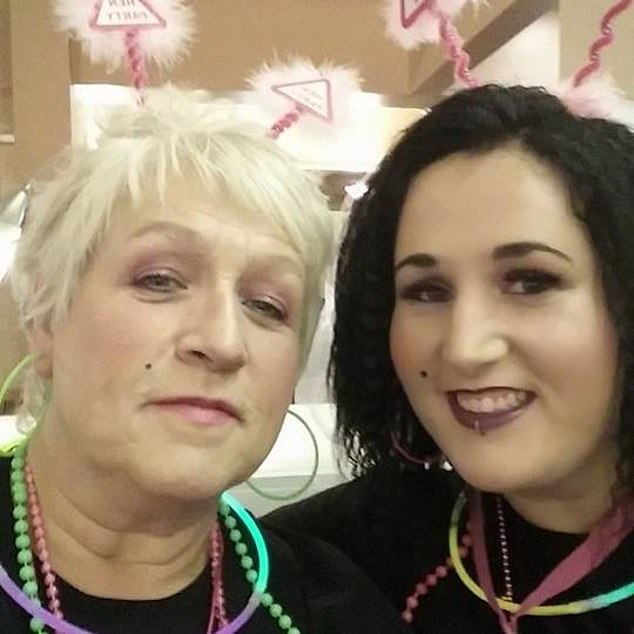 Miss Forde (right), 32, died in Ulster Hospital near Belfast last Saturday, only 11 days after her mother Heather Maddern (left), 55, passed away in the same ward on August 31

A funeral for Ms Maddern, who lived in Groomsport, was held three days ago on Monday – while a service for Miss Forde is set to take place next Monday.

Tragedies of loved ones who refused Covid jab

Matthew Keenan told friends that he ‘wished he had his jab’

A self-confessed vaccine sceptic who said ‘if he could turn back time he would’ after he was admitted to hospital in July with Covid-19 died with the virus aged 34.

Matthew Keenan told friends that he ‘wished he had his jab’ after he was hospitalised at Bradford Royal Infirmary and placed in an induced coma in a bid to save him.

Dr Leanne Cheyne, a respiratory consultant at the hospital, shared a photo of him in an oxygen mask and hooked up to a ventilator as he fought for his life.

Glenn Barratt told nurses that he wished he had been jabbed

A 51-year-old man who chose not to be jabbed died with Covid-19, with his final words to bedside nurses and doctors being: ‘I wish I had.’

Glenn Barratt, from Cleethorpes, Lincolnshire, is thought to have caught coronavirus while watching England v Croatia at a venue in June during Euro 2020.

All over 50s had been offered a jab by mid-April, but he chose not to have it and died in hospital after fighting the virus for weeks.

A fit and healthy 42-year-old father with a love of rock climbing and bodybuilding died of Covid-19 after refusing the vaccine because he thought he would be OK if he caught the virus, his twin sister said.

John Eyers, a construction expert from Southport, Merseyside, had been climbing the Welsh mountains and wild camping one month before his death last week, which came exactly four weeks after he tested positive.

His twin sister Jenny McCann from London said he was the ‘fittest, healthiest person I know’ and had thought he would only have a ‘mild illness’ if he contracted coronavirus, adding that he had a ‘belief in his own immortality’. Mrs McCann said that Mr Eyers had ‘no underlying health conditions’ but did also state that he had asthma.

‘My daughter passed away on Saturday, Covid-19. Her mummy got buried yesterday, she had Covid-19, and both of them never took the Covid-19 injections.

‘My daughter was 32 with four kids. To make matters worse was it’s her oldest son’s birthday today. He will be 13 today.

‘So these people who are not taking their Covid-19 injection, they are not thinking of the other people they’re leaving behind.

‘I’ve lost my daughter, my best friend, all I have are memories of her, motorbike racing, fishing, driving diggers, that’s all the memories I have.

‘She’s getting buried next Monday – and I can’t give her a kiss cheerio. To happen to your own family, I wouldn’t wish it on nobody, what I’ve gone through.

‘I’ve come back to work today to get my mind off it, but next Monday, I have to bury my first born, my best friend, my daughter, and I just never can get out of my mind why she didn’t take it. It will haunt me for the rest of my life.

‘And don’t get me wrong, there’s a lot of good friends Sammie-Jo has (who have) raised money to help her kids. They’ve raised up to £10,000. I can’t thank them enough, but I just wish these people sitting out there… injections, corruption… that rubbish on Facebook. If she had took it, she would have been alive today, her and her mummy.

‘I wouldn’t wish on anybody what I’m going through. The rest of my life, it will haunt me. I just wish people out there would just sometimes listen to the experts, because that’s what they are.

‘I’m devastated. I don’t want nobody to go through what that man has to go through, bringing up his four kids on his own. It’s so sad, they’d got the opportunity to take it.

Loads of people in Northern Ireland and loads of people are sitting out there and not taking it. They don’t realise what they’re leaving behind. We have to pick up the pieces, so I just take every day as it comes now – nothing bothers me any more.

‘I can’t bring back the past, it’s in the past, but I just wish people out there could just take it because don’t go through what I’m going through. Any parent goes through. I’ve never lost a child. It was something that she could have been living today. I just wish to God somebody could have just given it to them and that was it.

‘And they worked for the community, help[ng old people, and they couldn’t even help themselves. I’ll just go to work today, and next Monday I’ll bury my daughter. I wouldn’t wish it on nobody.

‘She sent me a few text messages before she died and I’ll keep them. And I just wish that people who don’t want to take it realise what they’re leaving behind, as it will kill them.

‘She’s a 32-year-old healthy girl and she took heart failure at the end because she just couldn’t cope.’ 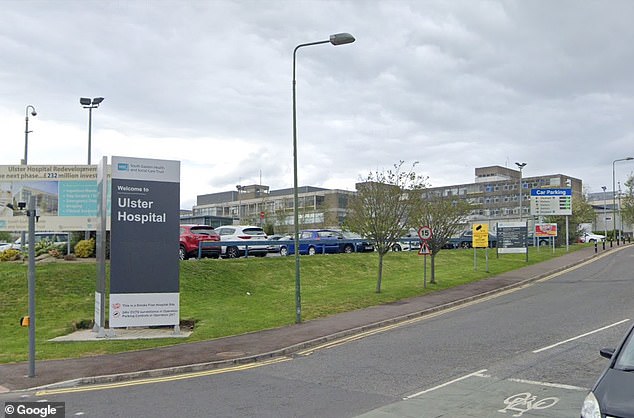 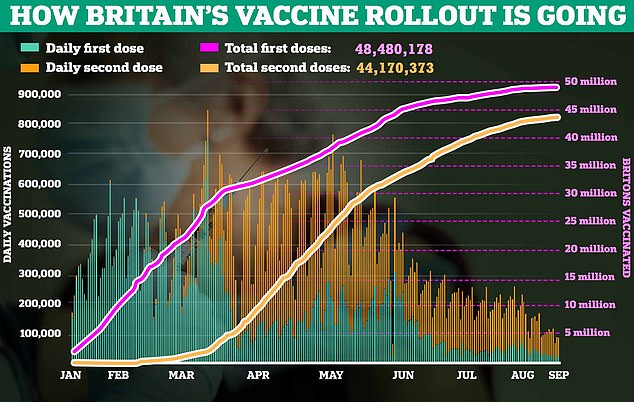 It comes as the NHS in England officially launched its coronavirus booster campaign today, which will see millions of eligible people offered a Pfizer vaccine, or in some cases a half-dose of Moderna.

They include frontline NHS and social care staff, anyone aged 50 and over, and those under 50 with health conditions that put them at risk of severe Covid.

People are likely to be offered their booster jab in the same order of priority as was set down during the initial vaccination campaign.

Just over 900,000 people in England aged 50 and over are currently at least six months on from receiving their second dose of vaccine, meaning they are eligible for a booster.

Yesterday, the Government said a further 201 people had died within 28 days of testing positive for Covid-19, bringing the UK total to 134,647.

Separate figures published by the Office for National Statistics show there have now been 159,000 deaths registered in the UK where Covid-19 was mentioned on the death certificate.

As of 9am on yesterday, there had been a further 30,597 lab-confirmed Covid-19 cases in the UK, the Government said.

Meanwhile, new figures suggested nearly nine in 10 young adults in the UK are now likely to have Covid-19 antibodies.

The presence of coronavirus antibodies suggests someone has had the infection in the past or has been vaccinated.

It takes between two and three weeks after infection or vaccination for the body to make enough antibodies to fight the virus. 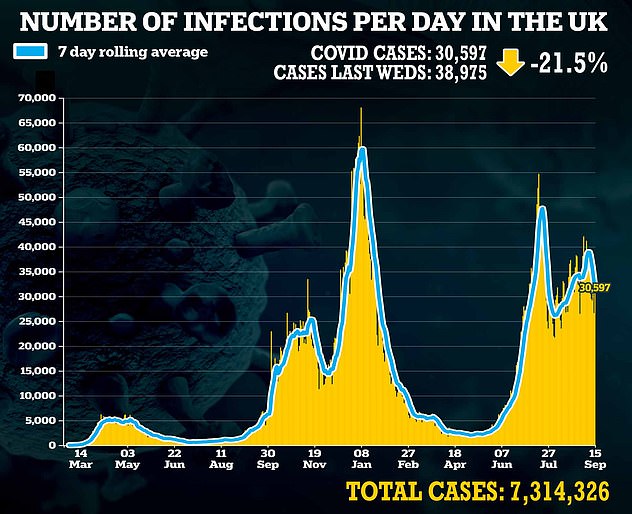 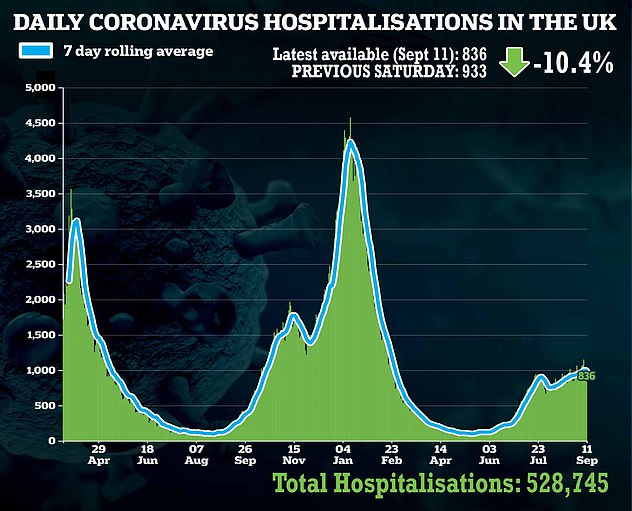 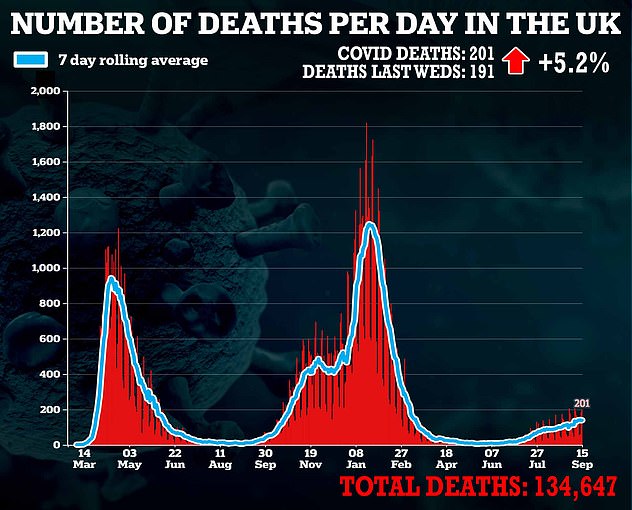 Yesterday, ten further deaths of patients who had tested positive for Covid-19 were reported in Northern Ireland.

The Department of Health said there had also been 1,304 new confirmed cases in the last 24-hour reporting period.

Yesterday morning, there were 426 Covid-19 inpatients in hospital, 36 of whom were in intensive care. A total of 2,498,979 vaccines have been administered.

Meanwhile, the head of region’s vaccination programme said booster Covid-19 jabs will start to be administered within 10 to 12 days in Northern Ireland. 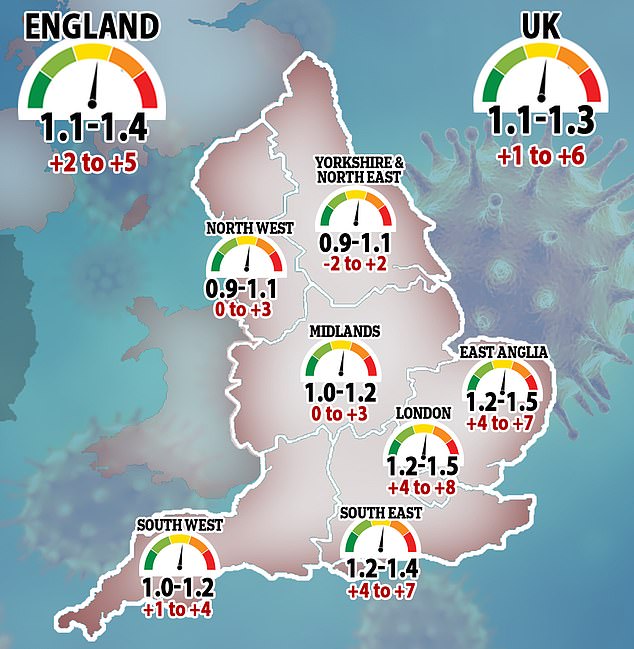 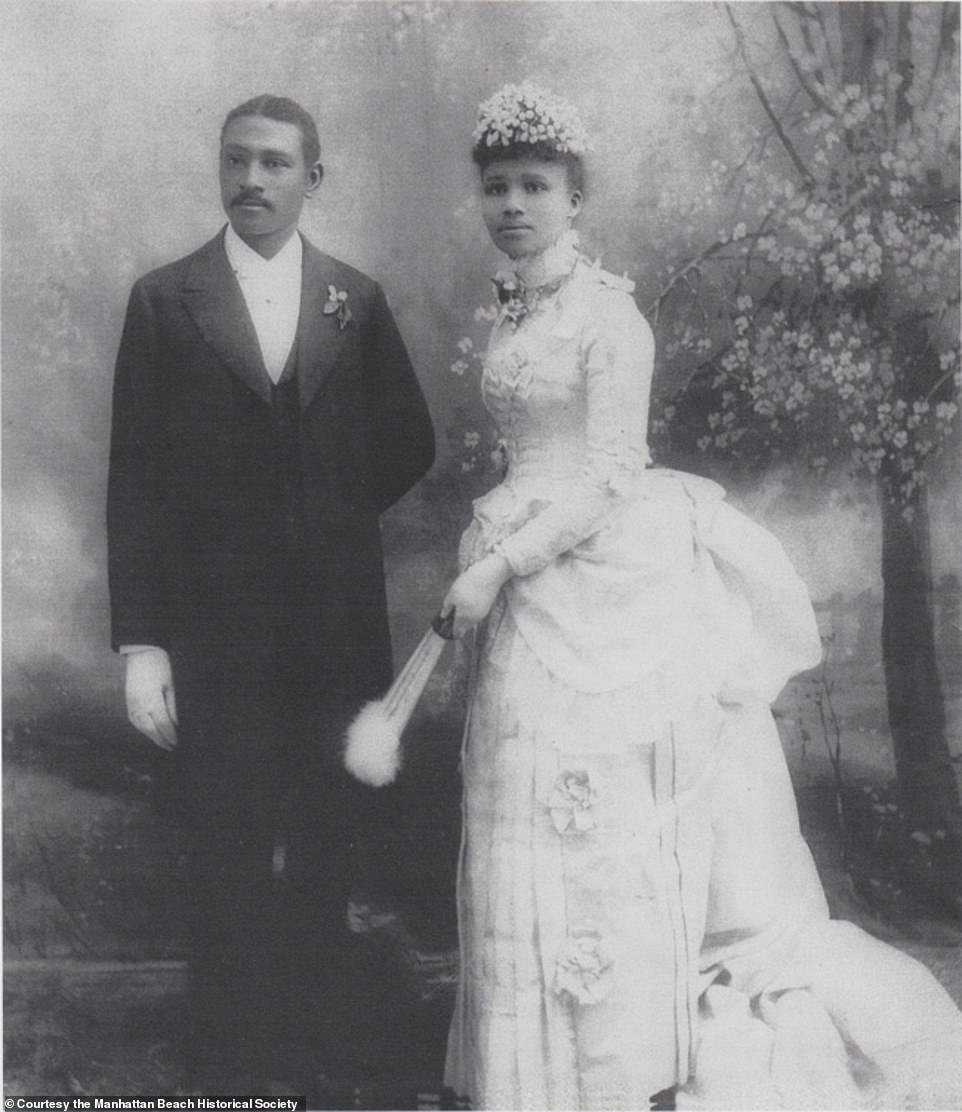 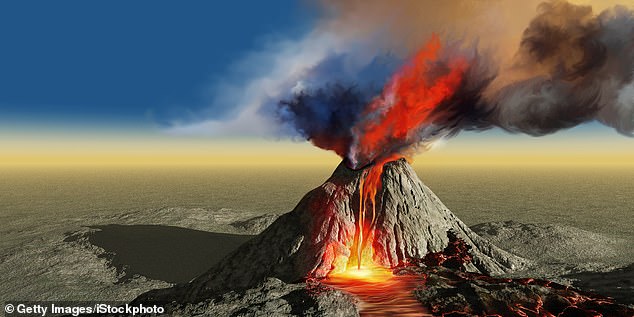 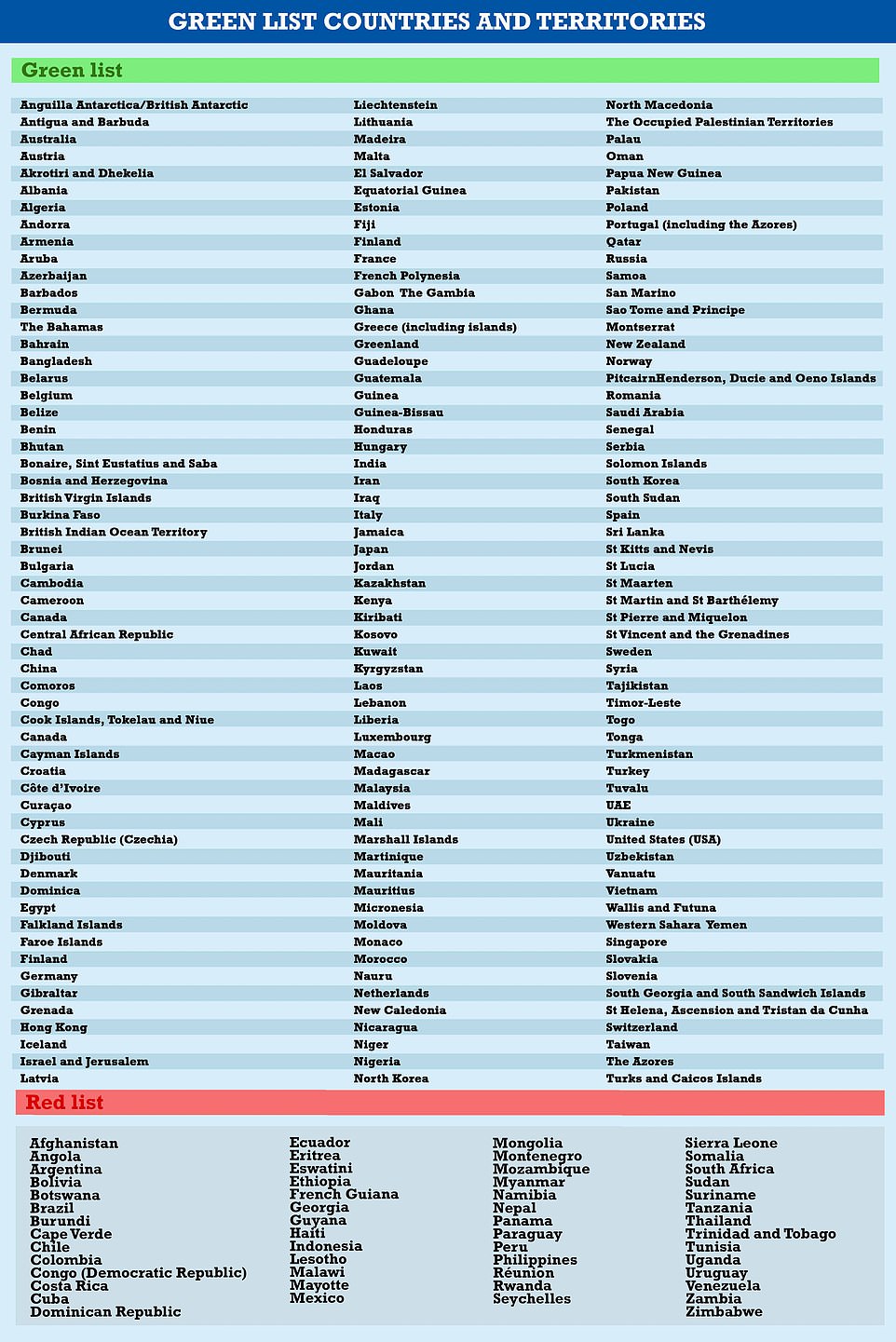 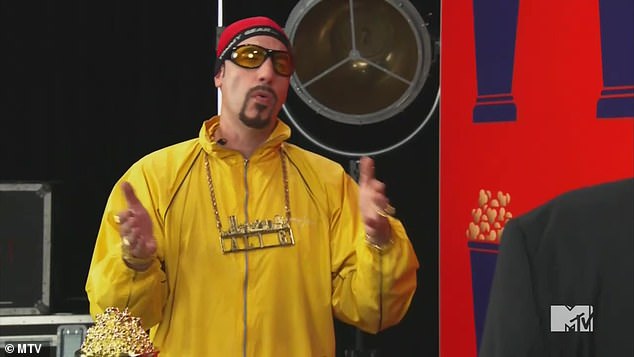 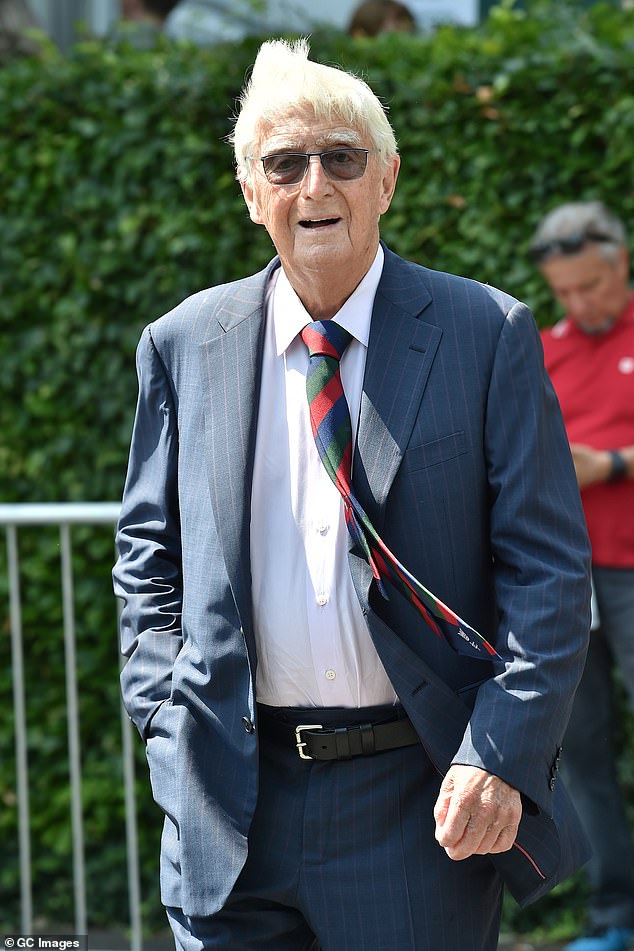 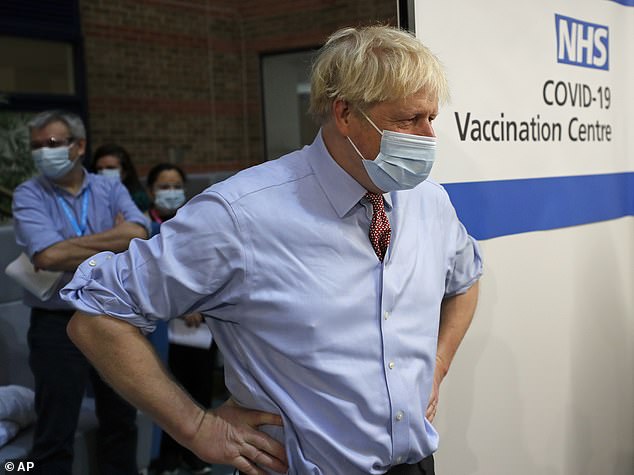