The boss of Lloyds bank is set to step down next year after a decade in the top job, it was announced today.

Chief executive of the bank Antonio Horta-Osório, who was titled Britain’s best paid banker in 2018 when he earned a staggering £6.5million, said he had ‘mixed emotions’ about the decision to leave at the end of June 2021.

The Portuguese chief executive, who joined the bank after formerly heading Santander’s UK arm, said: ‘It is, of course, with mixed emotions that I announce my intention to step down as chief executive of Lloyds Banking Group by June next year. 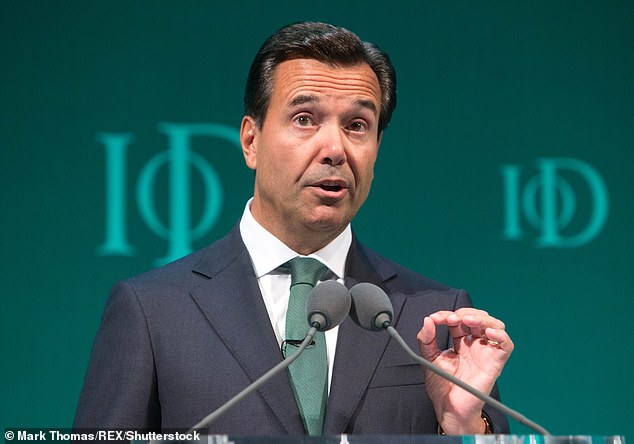 Chief executive of Lloyds bank Antonio Horta-Osorio, who joined the bank after formerly heading Santander’s UK arm, has announced that he will leave his position at the end of June 2021.

‘I am lucky to have had the support of a superb board and executive team on whom I will continue to rely as we complete our current strategic plan, transforming the group into the bank of the future.

‘Everyone at Lloyds has unified around our purpose of ”Helping Britain Prosper”, and our customers and communities are seeing our commitment to that now, more than ever.’

After joining in 2011, Mr Horta-Osório led the turnaround at the bank in the aftermath of its government rescue in the 2007-09 financial crisis and saw it return fully to private hands in 2017.

Speaking about the banker’s achievements John Cronin, analyst at Goodbody, told The Financial Times: ‘He has delivered a successful strategy overhaul as well as substantive transformation from an organisational efficiency perspective.

‘While he will be sorely missed, it is not surprising that he is planning to move on after what will be 10 years at the helm come 2021.’

Mr Horta-Osório’s departure was announced alongside the news that the bank had also found a new chairman in Robin Budenberg.

Mr Budenberg will take over when Lord Blackwell, who had already announced that he would be steeping down, retires. 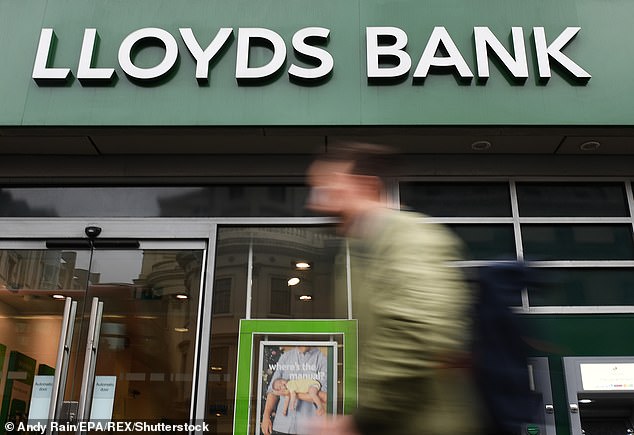 The veteran banker built his career in investment banking at SG Warburg and UBS, including advising the government on its bailout of British banks including Lloyds in the crisis.

Born in Lisbon, Antonio Horta-Osório graduated in Management and Business Administration from the Catholic University of Portugal.

He soon joined Citibank in Portugal before going on to join Goldman Sachs in New York City.

The banker later moved to Brazil and became CEO of Banco Santander Brazil and chairman of the Santander Group in Brazil.

Shortly after he became the vice president of Banco Santander in Spain.

In 2011, he was appointed CEO of Lloyds banking group.

He later led the government’s UK Financial Investments and was a chairman of property developer The Crown Estate.

Mr Budenberg plans to join the board in October this year, before replacing Lord Blackwell in 2021.

He was formerly chief executive of UK Financial Investments, which manages the Government’s stake in the banks it bought during the 2008 financial crisis.

In 2016, he was appointed chairman of the Crown Estate, helping to manage a £14 billion portfolio. He will continue in this job, but step down from several others before becoming Lloyds chairman.

Lord Blackwell said: ‘I am delighted to welcome Robin Budenberg to the board as my successor.

‘His knowledge of the group, combined with his broad experience in both financial services and other strategic advisory roles, give him an outstanding background to provide the board leadership required to support the continued transformation of the group.’

Mr Budenberg said: ‘Lloyds will play a vital role as Britain recovers from the current crisis.

‘It is a great honour and challenge to take on the role of chair at this time, and I hope to continue Norman and Antonio’s work, initially alongside Antonio, in pursuing Lloyds’ core purpose of Helping Britain Prosper and in building the culture of the bank in order to support that purpose.’

Traffic chaos in Melbourne after Bourke Sreet Mall horror
Trump unveils plan to test one in 50 Americans for coronavirus
Coeliac disease may be caused by a tummy bug in childhood, study claims
Homes Under The Hammer host Martin Roberts fails to get conviction overturned
Kirsten Dunst, January Jones, Kiernan Shipka, and more stars pose for Rodarte's lookbook
'My former party has gone mad!': Brexit Party's Anne Widdecombe slates the Tories
Barclays chief executive Jes Staley investigated by FCA for links with Jeffrey Epstein
Drinking pals end up with very sore heads when they try climbing up onto a garage roof