Jim Tull plans several days of closed-door workshops with representatives of Venezuela’s socialist government and the opposition. It comes as the U.S. is threatening more financial sanctions and talk of military action to oust President Nicolas Maduro is swirling.

Previous attempts at dialogue have failed amid bitter recriminations.

Tull’s mission is being organized by the Boston Group, an informal network of U.S. and Venezuelan lawmakers from across the political spectrum. It’s funded the Norwegian Centre for Conflict Resolution, which played a major role in Colombia’s peace process. 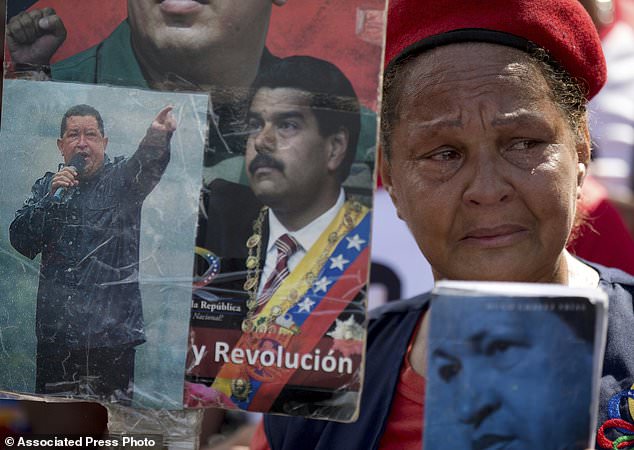 Millions of at-risk patients have yet to get their flu jab this winter because of delivery problems
Dramatic moment police smash a car window to rescue a dying dog from the boiling vehicle
Gregg Wallace and wife attend John Torode and Lisa Faulkner wedding
Kylie Minogue's ex, Joshua Sasse, ties the knot with his fiancée Louisa Ainsworth in Byron Bay
Pictured: Mother who is 'lucky to be alive' along with her nine-month-old after Prince Philip crash
British spies DO have a 'Licence to KILL', tribunal rules after challenge from human rights groups
Palestinian worshippers clash with Israeli police at a highly sensitive holy site
Man, 41, is arrested on suspicion of murder after 16-year-old girl is found dead