A US Navy submarine commander was relieved of his duty last summer after paying for ten female prostitutes while stationed in the Philippines.

Captain Travis Zettel lost the confidence to command the attack submarine USS Bremerton and was disciplined back in August following the investigation.

An investigation by the U.S. Naval Criminal Investigative Service (NCIS) was launched following a sailor’s tip to the Department of Defense Inspector General’s hotline. 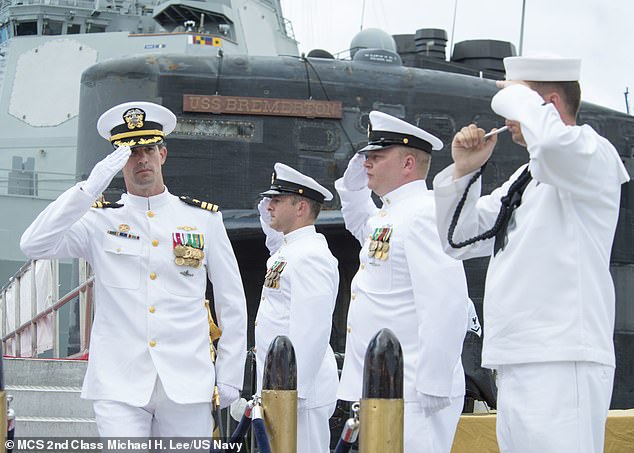 The sailor was apparently told by Zettel that ‘requested/ordered ten girls to arrive at the hotel’ where they were staying, according to documents obtained by the Kitsap Sun.

The sailor later saw the commander with around ten ‘provocatively dressed females outside the front door of the hotel’.

Another sailor, whose name was redacted in the documents released to the Kitsap Sun, was spotted with three ‘local females holding onto his arm as he was wandering around’ greeting sailors from his command.

The incident occurred March 1 while the sub was ported in Subic Bay, according to documents released to the Kitsap Sun.

Zettel was confronted by NCIS with the allegations and ‘admitted culpability in the payment of female accompaniment,’ the documents said.

The other sailor was also interviewed but said he ‘did not participate in prostitution’. He then asked for a lawyer and that sailor was not ‘pursued for disciplinary action’, the document states. 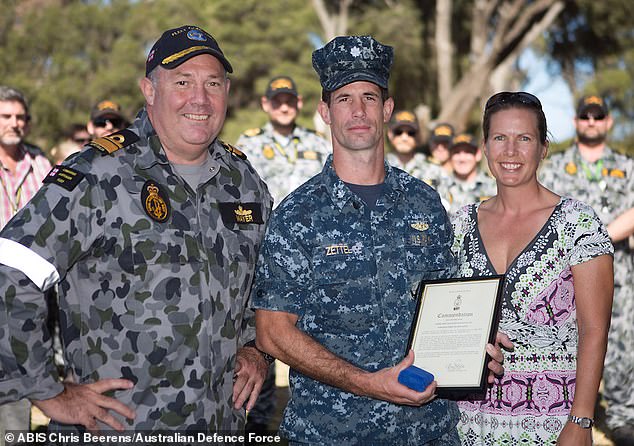 Zettel (center), pictured with his wife Chantel (right),  was confronted by NCIS with the allegations and ‘admitted culpability in the payment of female accompaniment’ 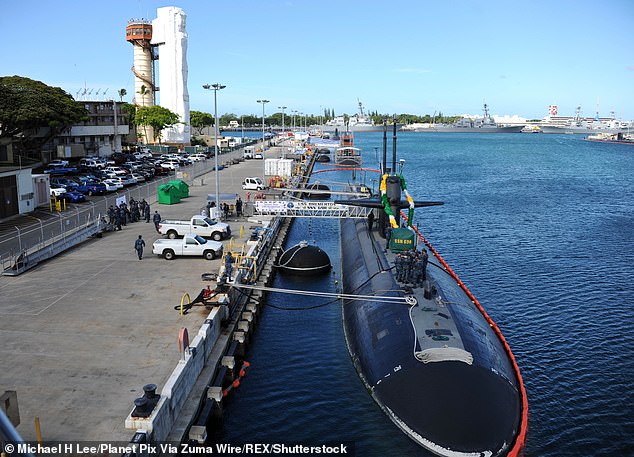 The incident occurred when the fast-attack submarine USS Bremerton (pictured) was ported at Subic Bay, Philippines

Zettel was reprimanded and was relieved of his command in August. He was administratively reassigned to the staff of Naval Base Kitsap-Bangor-based Submarine Squadron 19, Navy officials said.

Zettel became the commander of Bremerton, the oldest submarine before its recent decommission, in August 2016.

‘Becoming the 15th commanding officer of the now 35-year-old ‘American classic’ is a proud moment for me and my family’, Zettel said in 2016 after taking control of the sub.

It is not known how many sailors or staff were on duty at the time of the incident.