A victim of the Warwick University Facebook rape chat scandal has claimed the investigating officer on the case reduced her to tears after he quizzed her on her sexual history and made her repeat the ‘very violent’ rape threats against her and her friends.

Another woman discussed in the chats revealed she wasn’t told that two of the men given a 10-year ban from campus had their sentences reduced to just one year – meaning they’d return while she was still studying.

Both women appear in shocking new BBC3 documentary The Warwick Uni Rape Chat Scandal, which questions the university’s handling of its investigation into the vile messages.

Eleven students were suspended in May 2018 by the Russell Group university after they made jokes about raping freshers and used racial slurs in Facebook messages. 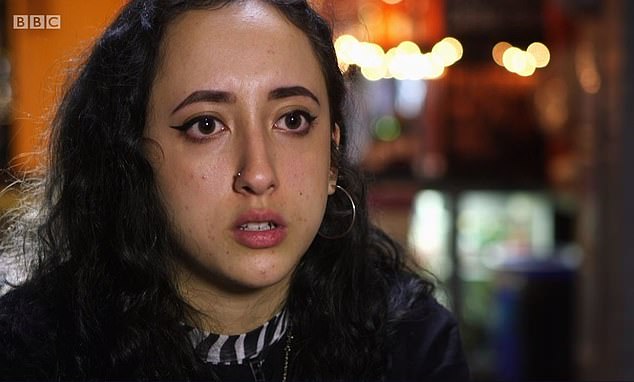 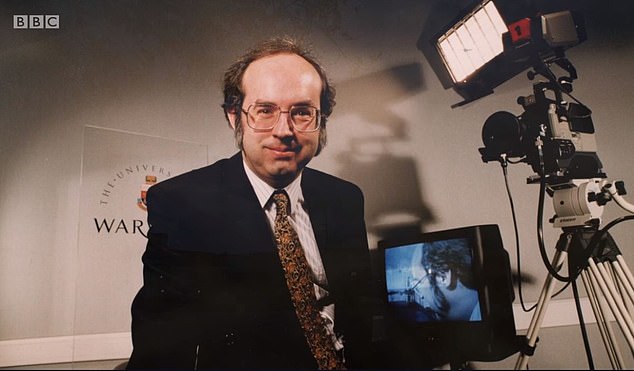 Peter Dunn, the University of Warwick’s director of press and media relations, acted as the investigating officer on the case

The formal investigation into the incident led to one student being banned from campus for life and another two students receiving 10-year bans.

Two more students were required to withdraw from the university for a year with immediate effect and face disciplinary penalties, along with three others.

The case against one student was found to be not proven while two others were cleared of wrongdoing.

History student Anna, who was close friends with a number of the men in the chat, submitted a formal complaint to the university in April last year after seeing the chat and taking screenshots.

Two days later, at 10:09pm on a Friday, she received an email from a man called Peter Dunn, the University of Warwick’s director of press and media relations, who acted as the investigating officer on the case, calling her for an interview the following Tuesday. 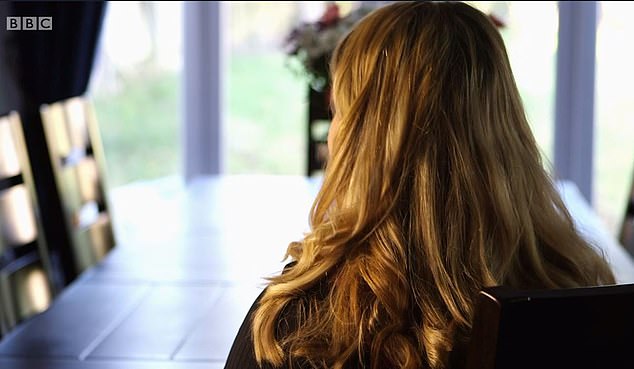 Anna, whose identity was obscured in the documentary, claims Mr Dunn was ‘very accusatory from the beginning’ in the way that he questioned her and the other victim about the case and reduced her to tears

During that interview, she claims Mr Dunn was ‘very accusatory from the beginning’  in the way that he questioned her and the other victim and reduced her to tears.

She said: ‘We were told straight away that our stories didn’t line up… I was very scared, I remember coming out of that meeting crying.

‘He went through it one by one and asked me if I had any sexual relations with any of them, he made me go through every single page and he asked me, how did that make you feel, and the things that he was talking me through and asking me to repeat were very, very, very violent rape threats against me and my friends.’

Warwick University told the BBC: ‘We continue to support the investigating officer for this case, Peter Dunn. We appreciate there are legitimate questions raised about the University’s handling of this extremely delicate case.’ 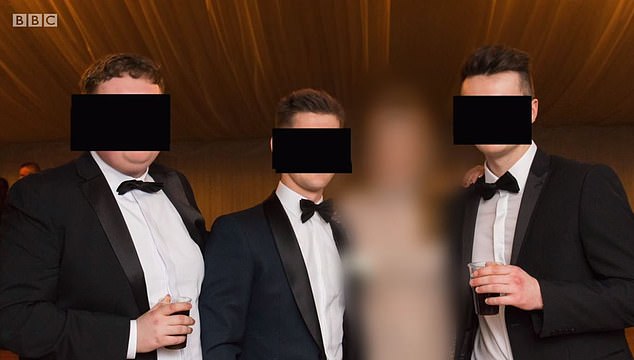 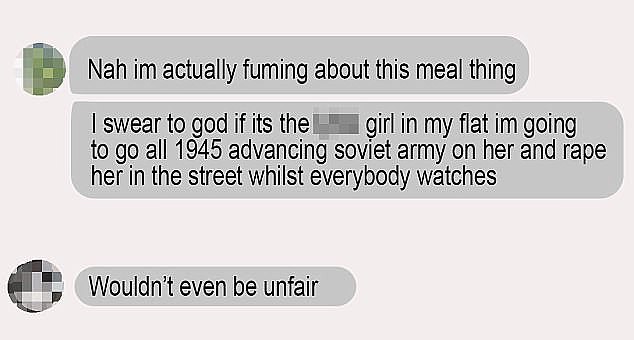 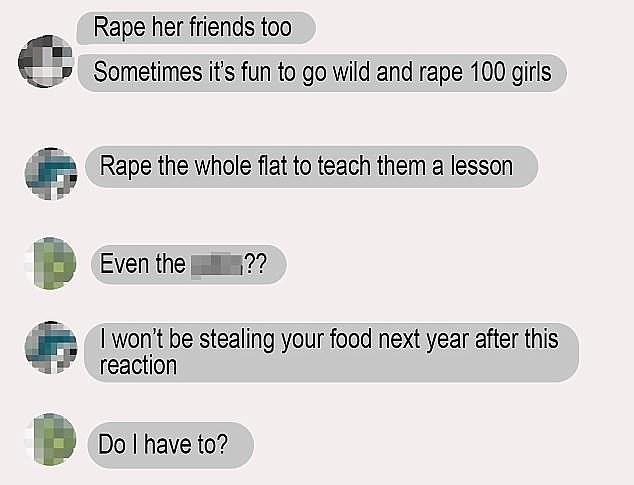 Eleven students were suspended last May over comments made in a Facebook group chat. They made racist, antisemitic and misogynistic remarks which were made public

But four out of the five students who were originally banned are now set to return.

History and modern languages student Nicole said hearing the news of their reinstatement made her not want to return to Warwick.

She said: ‘I was in the middle of a year abroad, finally a world away from this nightmare that had completely ruined my second year of university for me, completely destroyed my friendship group and left me with anxiety. I didn’t want to come back to that.’

One of the girls was so disgusted by the outcome of the appeal that she shared images of the screenshots of the messages on social media, while Nicole took to Twitter to lambast the university using the hashtag #ShameOnYouWarwick, which then went viral. 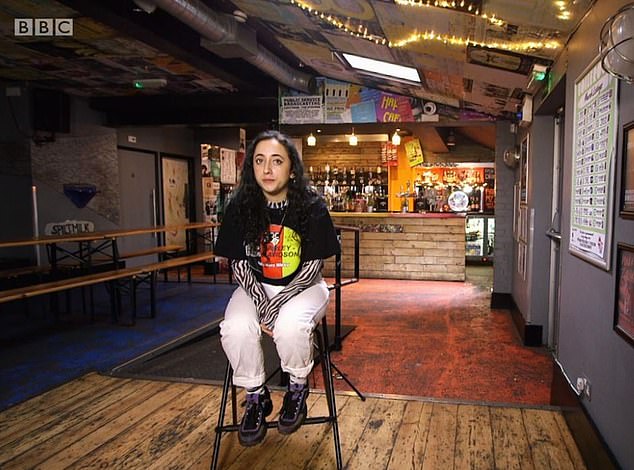 Nicole took to Twitter to lambast the university using the hashtag #ShameOnYouWarwick, which then went viral

‘This [was] showing you won’t be able to get away with this, we will not be ignored,’ she explained.

Staff at the university were also disgusted, with Dr Mick Staniforth, a senior research fellow in the department of chemistry, putting out a tweet claiming he would no longer represent the university at UCAS events.

‘I will not encourage students to come to this university when they won’t be guaranteed their safety,’ he said in the documentary.

Anna, who was close friends with a number of men involved in the chat, recalled the moment she was shown the sick discussions they had about her and her female classmates.

‘We went on holidays together, he came to my family home at Christmas time, we were very close,’ she said. 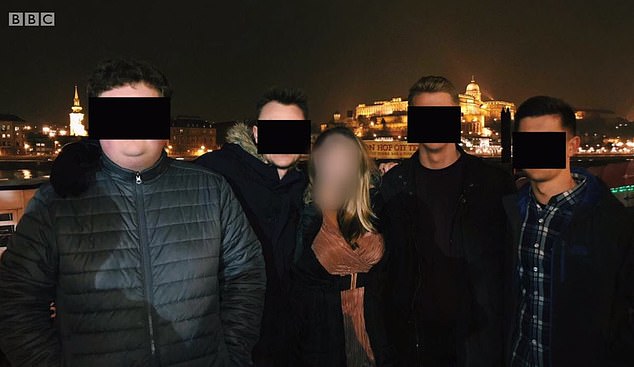 ‘We were sat in my apartment and he had his laptop out and he kept getting all these messages through from this other mixed group chat.

‘Obviously I could see them popping through and they were not nice messages and he just laughed at me and said, “Well if you think that’s bad you should see our lads chat”.

‘He then proceeded to show me the lads group chat as if he was showing off, as if it was something that he should have been proud of and I was going to be impressed by how vulgar and horrendous it was.

‘That’s when he took me through a year and a half worth of rape threats.’

Anna took pictures of the screen while he scrolled through the messages, telling him it was for her own peace of mind, before phoning Nicole and telling her to come over to see the messages. 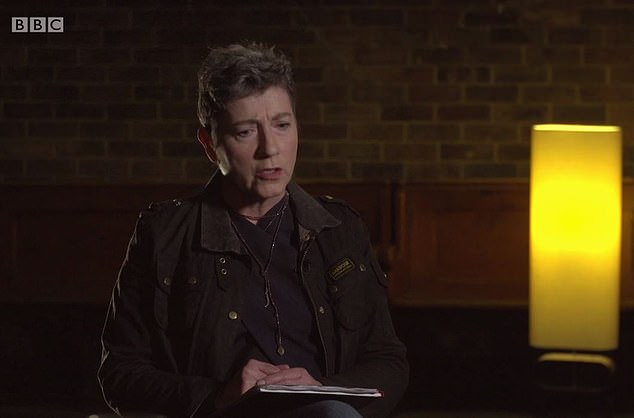 Dianne Whitfield, from the Coventry Rape and Sexual Abuse Centre, branded the threats made against the women in the chat ‘despicable’

The messages included comments such as: ‘I swear to God if it’s that girl in my flat I’m going to go all 1945 advancing Soviet Army on her and rape her in the street while everybody watches.’

‘Rape her and run. I think I would have disabled her, ha ha ha, knock her out the stupid s**t.’

Anna said: ‘I noticed that a lot of the conversation surrounding me and my friends was about rape and gang rape, genital mutilation, so I searched my name and it came up hundreds of times.

‘I think he could see that I was getting more and more upset, and I think that’s when it started to dawn on him that this was a lot more serious than he thought it was.’

Anna admitted that she didn’t know whether to report the messages as she didn’t want to lose her friends. 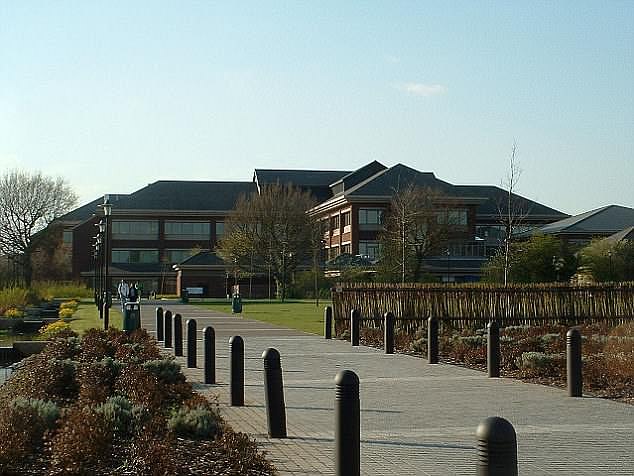 The BBC asked the university about any training Peter Dunn had received to handle these sort of cases, but they refused to provide any details, claiming it would be a breach of his privacy

‘It was giving me a lot of anxiety and panic attacks and that’s when I decided that I needed to complain because otherwise I couldn’t go back to university,’ she said.

Branding the threats made against the women in the chat ‘despicable’, Dianne Whitfield, from the Coventry Rape and Sexual Abuse Centre, said Anna was not given sufficient time to prepare for her interview after putting forward a formal complaint.

Peter Dunn, who is Warwick’s director of press and policy, was appointed the investigating officer, with the university denying there was a conflict of interest in the two roles.

The BBC asked the university about any training Mr Dunn had received to handle these sort of cases, but they refused to provide any details, claiming it would be a breach of his privacy. 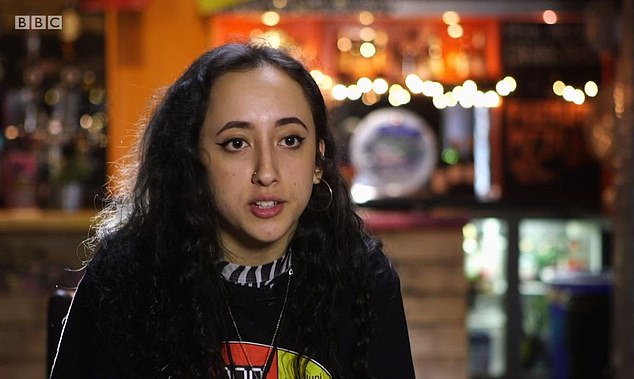 Mr Dunn claimed Anna’s account of events revealed ‘deeply worrying facts that undermine the credibility of Anna as a witness at several, if not all, key points of these events’.

‘I started to feel like I was under investigation and that I was being put on trial for coming forward about this,’ Anna said.

‘Honestly, at the start of this I really did have a lot of trust in my university, that they’d be able to deal with it properly, and that was completely broken down at every single point. Like every single time I thought that it couldn’t get worse, it would get worse.’

Neither Anna nor Nicole were told the outcomes of the disciplinary procedure.

Neither Anna nor Nicole were told the outcomes of the disciplinary procedure. Pictured: Nicole’s tweet hitting out at the university

‘I found out when the press found out,’ Anna said. ‘There’s always a constant anxiety and fear that you never know when you’re going to see those people.’

Speaking about the two men who had their 10-year bans reduced to one year, Anna said she was never given an explanation and was merely told ‘new evidence had come to light’.

‘I don’t know what the new evidence is,’ she said, adding that the support she received from people on social media across the country when the story went viral was ‘lovely’.

A leaked report of the university investigation obtained by student news site The Tab revealed some of those responsible had shown ‘little evidence of any real contrition’. 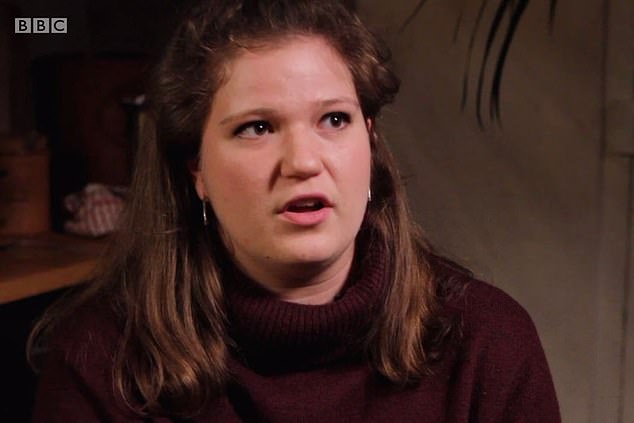 Hope Worsdale, who was Warwick’s student union president at the time of the investigation, sat in on the original disciplinary panel but was not asked to sit on the panel for the men’s appeal

It found a second group chat called Boys 2.0 was set up shortly after the first one was exposed and messages sent between them still contained ‘deeply misogynistic’ content.

In a statement the University of Warwick apologised for the upset caused by the decision to allow some of the punished students to return.

Warwick Student Union said in a statement: ‘The SU is aware of considerable unease around the final outcome of the appeals process with regards to the group chat investigation. We share reservations regarding some aspects of the handling of University disciplinary procedures and are continuing to push for a meaningful review of the process.’

Femail has reached out to Peter Dunn for comment. 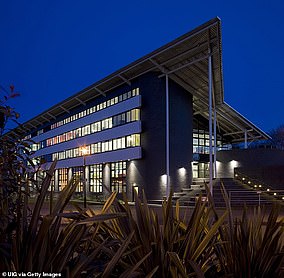 In January, staff from Warwick’s Department of English and Comparative Literary Studies wrote a letter to the Vice Chancellor regarding the early return of the suspended students.

It read: ‘Dear Stuart, I am writing as Head of English and Comparative Literary Studies to express the department’s shared dismay at the news regarding those students who were banned from Warwick for ten years for posting online rape threats to other students accompanied by anti-Semitic and racist comments and hate speech related to disability.

We understand from several articles published in the media today, as well as the trending hashtag #shameonyouwarwick, that the suspended students have appealed their term of suspension, and that the University has consequently reduced the length of their bans to one year.

Staff and students in my department are united in our shock and disgust at this decision.

We wish to express strong and renewed support for those students harmed by these posts, abhorrence of the contents of the posts, and a deep concern about the decision to reduce the term of suspension.

We are especially appalled that this decision has been made in the context of the University’s ethics code and renewed commitment to wellbeing and respect.

We suggest that the decision contravenes this commitment. We ask for urgent clarification as to why a suspension of ten years was initially thought appropriate, and why now a suspension of one year is thought sufficient.

While we accept that the colleagues who made this decision may be in possession of confidential information that cannot be made public, we do ask that the University openly share some of the reasons for the new decision without compromising the appeals process.