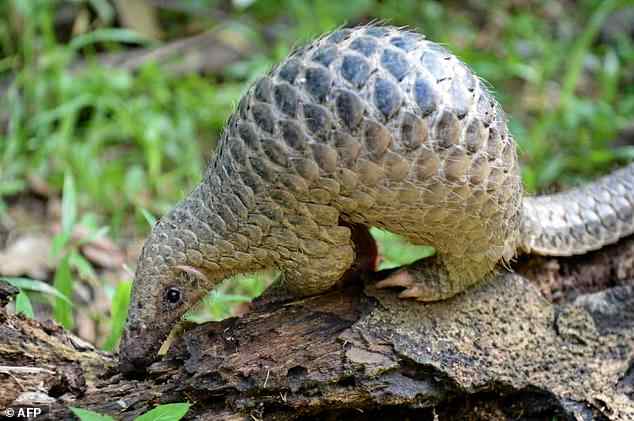 Vietnam has seized eight tonnes of pangolin scales and elephant ivory shipped from Nigeria, police said Friday, the second such haul in a week in a country which both consumes and trafficks huge volumes of endangered African wildlife.

The ivory and pangolin trade is banned by Vietnam, but sales continue to flourish on the black market due to demand domestically and from neighbouring China, which feeds the global $20 billion industry.

The eight-tonne shipment was discovered Thursday at a port in the coastal city of Danang, according to the Hai Quan online newspaper, a state-run mouthpiece for Vietnam’s customs office, making it “the country’s biggest ever bust over the past several years.”

“The batch originated from Nigeria,” it said, adding that officials took several hours to tally up the ivory tusks and pangolin scales, which were listed as “scrap metal” on the container’s shipping bill.

Customs officials refused to comment when reached by AFP.

Information in the communist state is tightly controlled by the government, which is fighting an uphill battle against the lucrative ivory and pangolin trade.

The timid and noctural pangolin, which rolls into a ball when threatened — making them defenseless against poachers — is one of the most heavily trafficked mammals.

It is sought after for its meat and the unproven medicinal properties of their scales.

While the sale of ivory is also officially outlawed in Vietnam since 1992, the trade persists in the open with shops selling tusks that shopkeepers claim pre-date the ban.

Last year 2.7 tonnes of tusks were found inside crates on the back of a truck in central Thanh Hoa province while a similar 3.5 tons were discovered in a sea port in Ho Chi Minh City in 2016.

First Briton to contract coronavirus claims he shook off infection with hot toddy of whisky
Back on course! Golfers tee off and tennis players prepare to return to the courts
Matchmaker shares her seven-day challenge that will make or break your relationship
Ministry of Defence 'covered up' report that thousands of soldiers are living in 'deadly' barracks
Italian woman, 25, grows eyelash-like hairs out of her GUMS thought to be fuelled by her PCOS
Nightmare neighbour 'extends his house onto the grounds of couple's £650,000 home'
Workman in his 40s dies after becoming trapped under a collapsed warehouse storage unit
New x-ray images show the inside of pipe bombs