A plane has been evacuated at Gatwick Airport after a sickness outbreak on board a Virgin flight.

Passengers, returning from a cruise holiday, were removed from the aircraft when ‘more than 100 people on board’ became unwell after the plane landed at 5.20am and flanked by staff wearing masks.

Crew and passengers were quarantined for four hours as they underwent medical checkups. 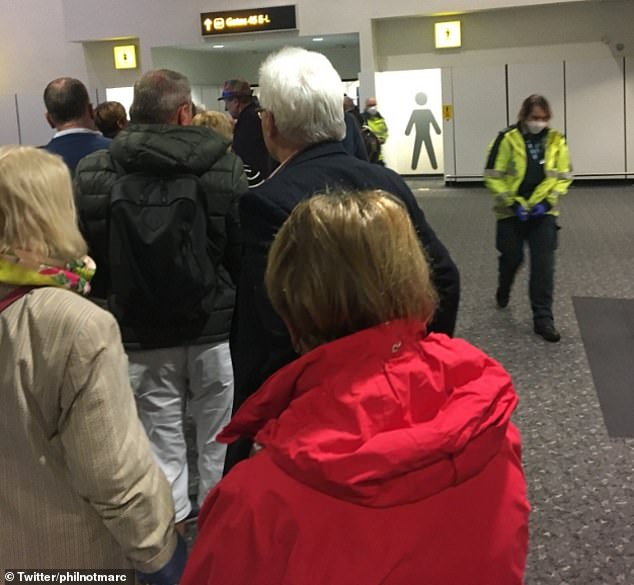 Crew and passengers were quarantined for four hours as they underwent medical checkups. Here, passengers queue after landing at 5.20am and are flanked by staff wearing masks 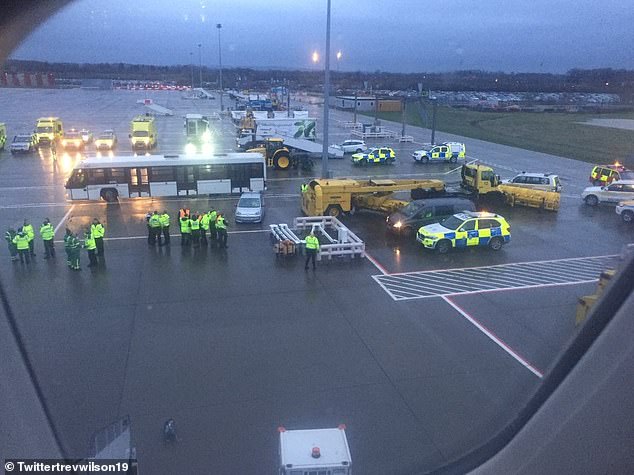 ‘It affected customers and crew. Not sure if exact numbers but I’ve heard it affected 50, 80 and over 100.’

Virgin Atlantic said: ‘A number of customers onboard the VS610, which landed at London Gatwick this morning (March 6th) from Barbados, reported feeling unwell.

‘As a precaution the plane was met by the relevant authorities who made the decision to screen everyone onboard, in line with standard health and safety procedures.

‘The wellbeing of our customers and crew is always our priority, and we are supporting those affected.’

Passengers were then taken to a holding area where medics performed checks.

A number of passengers were then cleared to continue their journeys four hours later, but up to 150 are still being kept in the airport for further tests. 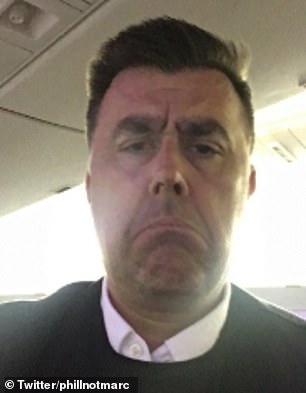 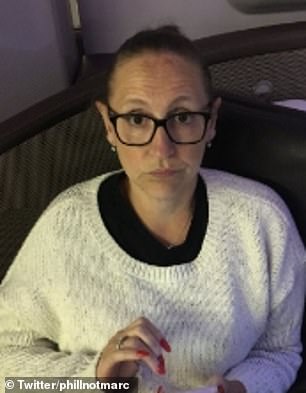 Passenger Phill Brown (pictured with wife Sarah) said more than 100 people on board fell ill with sickness, coughing fits, diarrhea and even rashes 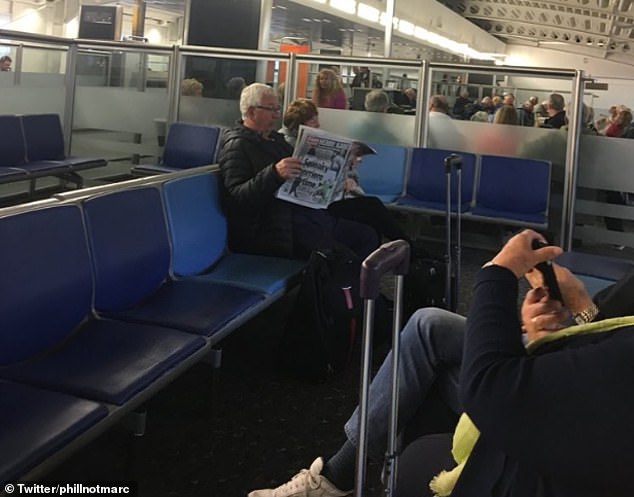 Mr Brown shared this image from inside the quarantined area in Gatwick, where passengers spent four hours being screened

‘This flight was exclusively cruise passengers from the MSC Preziosa. The illness seems to have originated on board ship not the plane. 5 members of cabin crew became sick on flight.

‘The situation was completely out of their (Virgin’s) control and they actually handled it very well.’

At least ten ambulances and emergency vehicles were waiting on the runway in London this morning on the passengers being evacuated.