Around 125 firefighters are tackling a huge blaze at a shopping centre in north east London.

Twenty fire engines have been called to the scene at The Mall in Walthamstow this morning.

Part of the roof is alight, and the Metropolitan police have declared the blaze a ‘major incident’.

Local residents are being urged to keep doors and windows shut to keep smoke out as crews tackle the fire. 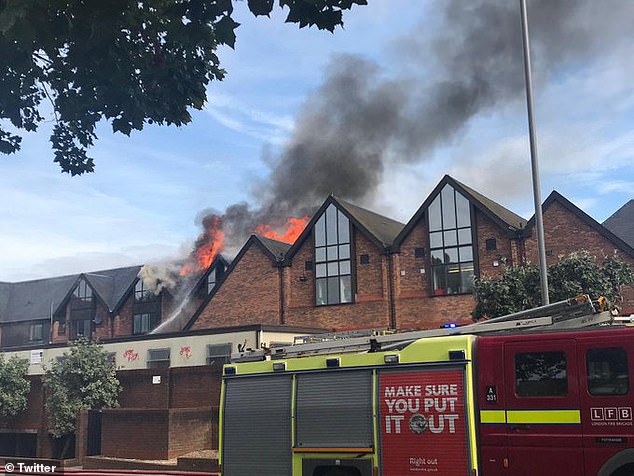 Around 125 firefighters are tackling a huge blaze at The Mall shopping centre in Walthamstow, north east London 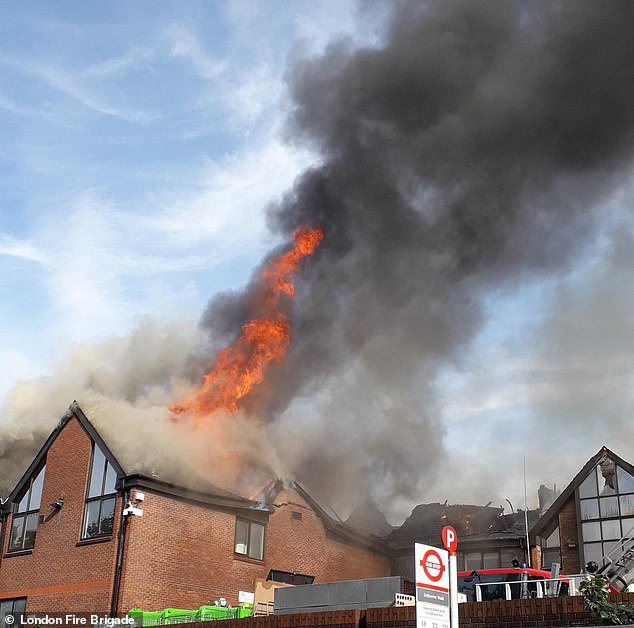 Twenty fire engines are at the scene. The fire brigade were first called about the blaze at 7.40am

One witness said on Twitter: ‘Scenes here at Walthamstow looking hellish. Hope no one is hurt.’

Cathy Phillips Brady added: ‘Lots of smoke in all of our lungs as we get on the tube at Walthamstow central.

‘Maybe you should close the station @TfL it was definitely dangerous just now.’

Firefighters were first called to the scene at 7.40am. 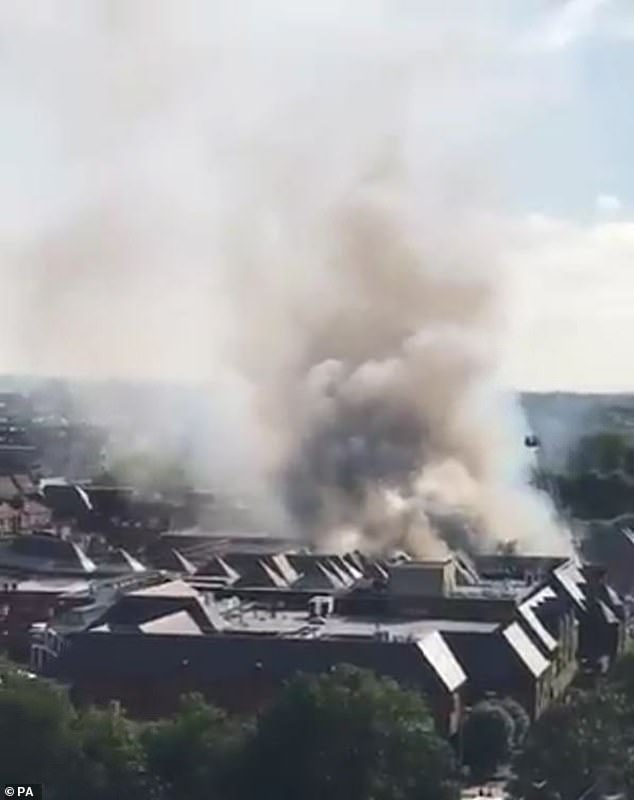 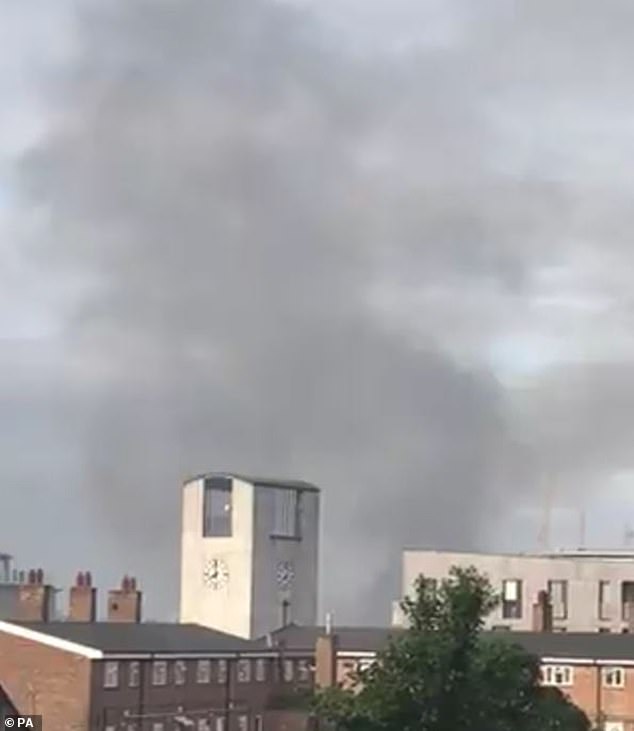 One witness said on Twitter: ‘Scenes here at Walthamstow looking hellish. Hope no one is hurt’

A spokesperson for the London Fire Brigade said: ‘Fire crews from Walthamstow, Leyton, Tottenham, Leytonstone, Homerton and surrounding fire stations are at the scene.

‘The cause of the fire is not known at this stage.’

Some local roads are closed and motorists are being told to avoid the area.

Transport for London has confirmed that no tube stations have been closed as a result of the fire.

Waltham Forest police tweeted: ‘Officers are dealing with a major incident on Selborne Road E17. Road closures are in place. Please avoid the area and The Mall E17.’