THIS morning we were supposed to wake up to a new future, free from the cloying influence of the European Union.

The date March 30, so we were told, was going to be etched in our history as Britain’s independence day.

We are supposed to have left the EU, but we still have no idea how or when we will leave[/caption] 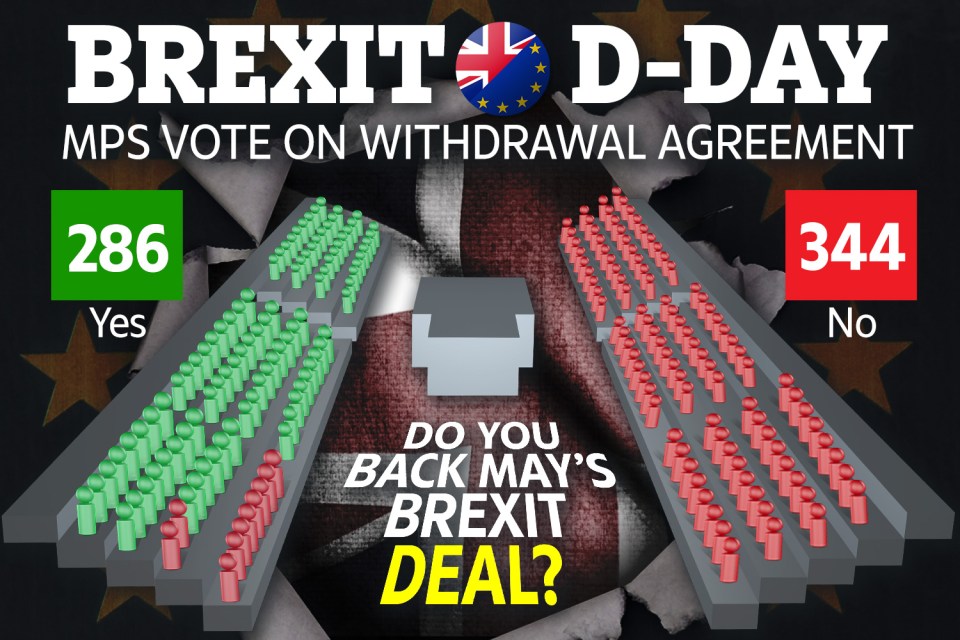 We would be free to make our own trade deals, designed to help UK exporters, not protect French and Spanish farmers.

We would be able, once more, to make our own laws — democratically, in the mother of Parliaments, rather than having them dreamed up by an unelected European Commission and rubber-stamped by an obedient European Parliament.

What’s more, our economy would be free of the influence of an economic bloc which has spent the past decade trying to clear up the mess left behind by the failure of its own pet project, the single currency.

Today, then, should have been a day of celebration and of bullish optimism. Instead, where are we? Still in the EU, with Parliament squabbling and cabinet ministers preening themselves for a Tory leadership election and what they hope will be their great career break.

Still, we have no idea how and when Britain is going to leave the EU, nor whether it will leave at all. What a pathetic spectacle we now present to the world.

At first, when we voted to leave the EU, there was surprise around the world, but also an assumption that we knew what we were doing.

Countries like Australia, South Korea and, following the election of Donald Trump, the US came forward with enthusiasm to say they wanted to do business with Britain. We were seen as the nucleus of a new world order in the global economy — a powerhouse like Singapore, moored 20 miles off the coast of a stagnating EU.

Instead, we stand humiliated. A country once admired for its business-like approach to global politics is now looked upon with a mixture of bewilderment and despair.

We have ended up like this because a significant proportion of our MPs never accepted the judgement of the British people and have quietly done their utmost to frustrate the referendum result. At least the 114 MPs who voted against the enactment of Article 50 two years ago were open in their defiance.

They publicly declared their dissent against the will of the people, and had to explain themselves before their electorates in the general election which followed three months after the Article 50 vote.

Our real ire should be reserved for the vast majority who voted for Article 50, who were re-elected on manifestos which promised that we would leave the EU, who have spent the past two years telling us that Brexit will happen — but who, it has since become clear from their actions, never meant a word of it. They have treated the British public as mugs.

DUPLICITOUS BEHAVIOUR WILL NOT BE FORGOTTEN

In 2017, all Labour and Conservative MPs — 559 out of a total of 650 — were elected on a promise to complete the process of taking Britain out of the EU.

Yet given the chance, MPs have failed to agree on any method of leaving the EU. They wouldn’t vote for May’s deal.

Yet when Parliament supposedly “seized control” of Brexit from the government they couldn’t agree on anything else either. The greatest number of votes in Wednesday’s farcical session in the Commons went to Margaret Beckett’s motion demanding a second referendum to approve any deal — with us remaining in the EU if we reject whatever deal is on offer.

It was really just a barefaced attempt to order the British public back into the polling booths on the grounds that they gave an incorrect answer last time.

Worse, 184 MPs — more than a quarter of the total — backed a motion calling for Article 50 to be revoked, with no public input to the decision at all.

It shows a contemptuous attitude towards the 17.4million people who voted to leave and who had been promised that the government would respect the result.

A lot of MPs seem to have a fantasy that the public has somehow changed its mind on Brexit. Yet poll after poll shows there has been little shift in opinion over the past two years.

In fact, a poll a fortnight ago showed a majority in favour of getting on and leaving — deal or no deal.

It shouldn’t come as any surprise. We did, after all elect a government in 2017 which kept on telling us “no deal is better than a bad deal”.

Yet MPs seem to be under the delusion that the country fears a No Deal Brexit and want it avoided at all costs.

True, there are a lot of powerful business people who feel this way — the same people, in many cases, who 20 years ago were telling us it would be a national disaster if we didn’t join the euro. Yet wiser heads like Lord King, who was Governor of the Bank of England during the financial crisis, have denounced the scare stories.

There is no reason to think, he said yesterday, that leaving the EU with no deal would harm the UK economy, assuming we were properly prepared. That we have not made adequate preparations, he added, is thanks to the government’s deliberate failure to do so.

While Theresa May was insisting no deal is better than a bad deal, her Chancellor, by denying money for No Deal preparations, was quietly trying to rule it out.

Few MPs, though, come out well from the Brexit farce.

Their duplicitous behaviour will not be forgotten when — probably sooner rather than later — we find ourselves trooping into the polling booths for the next general election.

My ‘dream man’ cheated on me while I was pregnant and pretended to lovers I was his AUNT – but when ...
Love Island think Luke M will be FORCED to pick Shaughna in brutal dumping twist
Sixty cigarettes-a-day Sarri gone to Juventus in a cloud of smoke… and Chelsea fans love it
Slender Man killer, 16, who raped and murdered Alesha MacPhail, 6, unmasked as cat-torturing Fortnit...
Who is Alex Mann? Glastonbury rapper who went viral after performance with Dave
2pm Transfer news LIVE: Ibrahmovic confirms AC Milan move, Man Utd target Haaland warned, Arsenal gi...
Arsenal target loan transfer for James Rodriguez… and it will only cost them £3m for Mesut Ozil repl...
Emmerdale spoilers: Dawn Taylor makes a shocking discovery leaving her with a huge ultimatum