She set off a real life scare when she collapsed and fainted on live TV during her Halloween episode in 2017.

Now, one year later, and Wendy Williams is ready to dish about the incident.

Apparently, the talk show ‘briefly addresses’ the health scare during the 2018 Halloween episode of her show, according to an audience member who attended Tuesday’s taping of the show and spoke to Us Weekly. 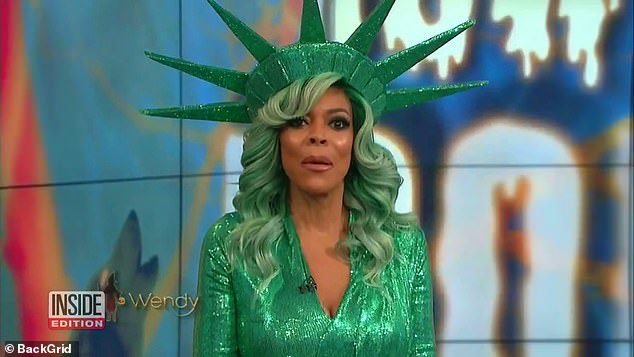 Scary: Wendy Williams will dish about when she collapsed during her Halloween episode in 2017 during this year’s spooky show

Last year’s stunning incident left some audience members thinking that it may have been part of a holiday skit.

Williams, who was dressed as the Statue of Liberty, had just started doing her How You Doin’ segment, where she attempted to bring out a Halloween costume winner.

‘We do it every year. It’s always a lot of fun,’ she said as she began to slur her words.

She then appeared to look shaky and scared. 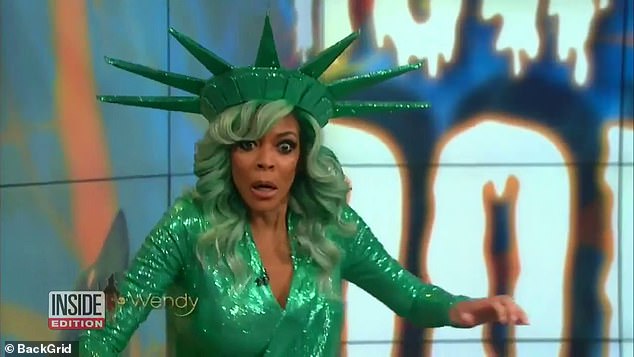 The dish: An audience member told Us Weekly that Williams ‘briefly addresses’ the health scare on the 2018 Halloween episode that airs Wednesday October 31 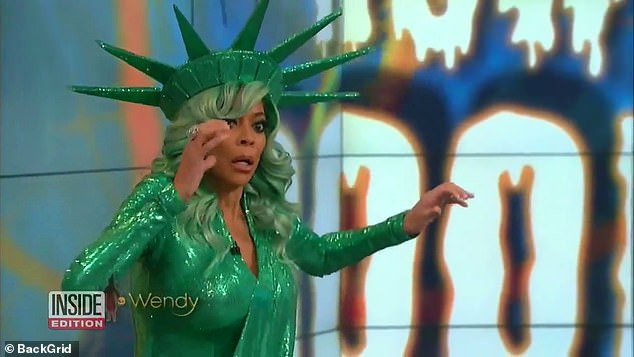 Real life: The now 54-year old began slurring her words in the moments before she fell

‘Lets get started. Our first guest…’ the host said and then fell down onto the floor. Producers and crew members could bee seen rushing onto the stage when the broadcast went to black.

Williams did return after a long commercial break to address her audience and viewers.

‘That was not a stunt,’ she said. ‘I overheated in my costume and I did pass out. But do you know what? I’m a champ and I’m back!’

Afterwards, Williams’ publicist confirmed in a statement that she was ‘dehydrated and is on her way home for a good day and night of sleep.’ 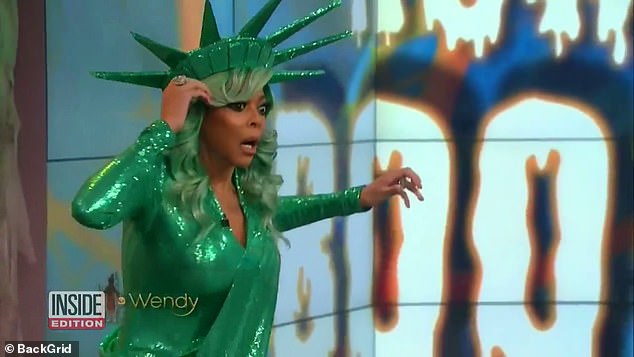 The response: Williams initially blamed the incident on being overheated and dehydrated

The following day the now 54-year old addressed her fall.

‘That was no joke… I don’t want to fall. I’m a tall woman and it’s a long way down. ‘I’m also a woman of a particular age and I’m not trying to break anything,’ she revealed.

‘Also, I don’t do stunts and jokes for you like that. I don’t need that.’

She went on to say that she felt ‘hot and a little dizzy’ before she started filming that day.

Several months later, Williams took three weeks off from her show, due to complications of Graves disease. 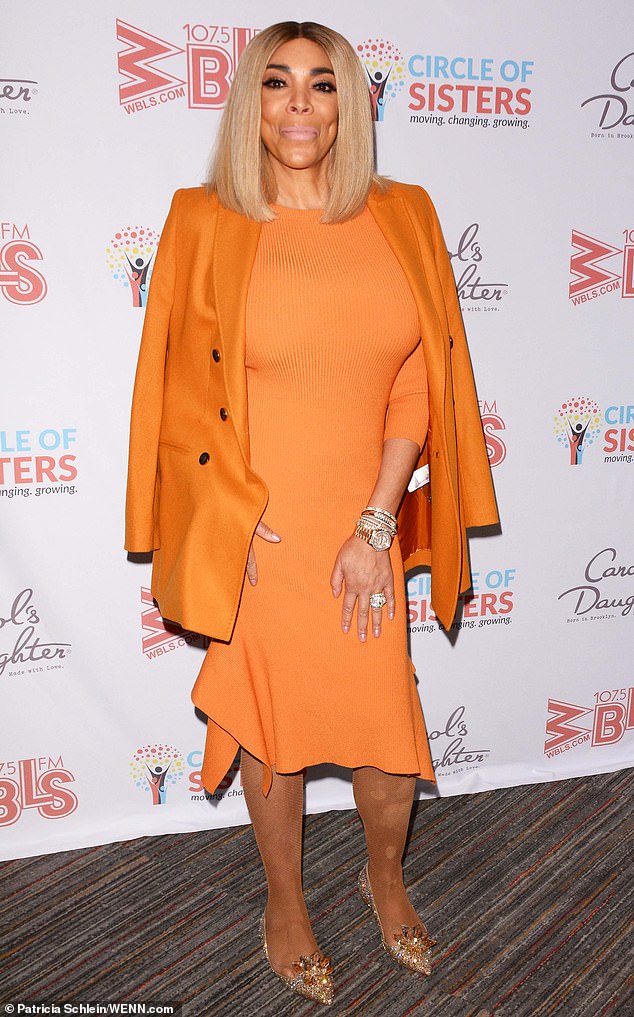 Taking care of herself: Williams took three weeks off from her show in February 2018 due to complications with Graves disease